Is it future or is it past?

If you have the ability, you can grab it as part of the Bundle for Reproductive Justice, happening right now!

Absolutely perfect for tales in the vein of Legally Blonde.  The Blonde starts out surrounded by enemies and by the end has either won them over or left them in the dirt. The simple token economy is a stripped down No Dice No Masters, making this a great choice for a single evening of entertainment.

Creepy garden goodness. Beautiful art. Defo one to get if you're a fan of ghost stories and The Quiet Year.

This zine contains a system-agnostic OSR treasure trove of fifty-nine grim and grubby gentrified goblins. It is like someone was making a Gormenghast film, but the only actors available were Brain Fraud's Goblins - they are trying to play their roles straight, but it keeps coming apart at the seams. The description for each entry layers with the others, adding as much detail to the Manor and it's surrounding landscape as it does each individual goblin itself.  The art inside is integral to the zine. It is messy and simple in exactly the same way I expected the goblins I was reading about. This style lends itself to the method of production. Everything about this zine - text, art and layout - ties together. It very much puts over the decay and disgust that underscores aristocrats both fictional and real.

My experience with Crescent Moon tugs on my heart like the memory of a lost friend. Its structure created a magic circle around play where moments of unbridled joy, dreamlike surreality, melancholy and fear all sat in harmony. This is a trait shared by masterworks of the genre.

S&CvsTN is the prefect overblown pulp silliness for a 45-60min of play. Ideal for when waiting for someone else to show up or when another game is cancelled. Our game had Crunch the Barbarian wading through the Bullingdon Ninjas and their blonde-haired leader Bo-Jo-Oh-No, a mission given by the undead floating zombie-head of the assassinated Sun King, and a serpent born of the ruined labyrinth at the centre of the world (it wasn't ruined to start with, but then Crunch happened). All told, it felt like a mix of early kung fu cinema with Hawk the Slayer.  Keep in mind you will need to either print out the Barbarian and Ninja cards or copy them some other way.

I played this game for the first time last night. It helped curate an absolutely sublime experience. The game is lazer-focussed and razor-sharp, with the word choices working perfectly. Highly recommended.

Absolutely! That was the plan!

Thank you, I'm going to be making an updated version soon, so watch this space!

I think it is all aok. No NaGaDeMon police are going to bash down the doors! If you take a lok in the Discord you'll notice a lot of us take games we either manged or just missed out on completing this month and polish them up for a full release at a later date. In fact, I just finished on a Kickstarter for my 2020 NaGaDeMon entry!

Sorry for the late reply - been ill and so limiting online energies. How goes the game?

Reply
#NaGaDeMon 2021 community · Posted in And so it begins!
Tanya Floaker337 days ago

I've started work on a skirmish game. I've made a thread to post any updates in. Check it out there!

Reply
#NaGaDeMon 2021 community · Replied to Arsene-Inc in And so it begins!
Tanya Floaker337 days ago

Give it a shot! You can get help here, and the discord is really active as well!

'Lo! Thy Dread Empire', from here out L!TDE, will be a skirmish wargame about the ruling class.

It will be about them, rather bluntly, in the way you get special abilities and advantages and the way in which it shows their casual/normalised greed, callousness and cruelty

The system rewards capital accumulation and causing social division for your own gain.

- Will have a GM
- Will use either token economy or single die type (D6 or D10 becuase fuck any other type of dice)
- To hit, damage, armour et al to be in a single mechanical exchange (single roll rather than series of rolls)
- No fiddly range taking, but use distance banding (Close/Near/Far/Beyond)
- Positioning/terrain advantage highly important
- Land Management and Season Actions will be the engine to drive skirmishes
- Each faction can take special choices  based upon a way in which the ruling class cause social division amongst the working classes (gender, race, ability, law, security, etc)
- There are 100 parcels of land, and to win you need to lord over 51+ for a full year, tho you can take on other players as vassals (as long as they remain loyal)

Reply
#NaGaDeMon 2021 community · Created a new topic And so it begins!
Tanya Floaker338 days ago (1 edit)

Let's hear what you are all working on!

Reply
#NaGaDeMon 2021 community · Replied to Malckuss in Gearing up for NaGaDeMon 2021!
Tanya Floaker338 days ago

Reply
#NaGaDeMon 2021 community · Replied to SharkyHat in Gearing up for NaGaDeMon 2021!
Tanya Floaker351 days ago

Amazing! If you would like any help or someone to brainstorm with then do ask. It also counts as talking about your project, making it one third of the way to completing the challange!

It is just over two weeks until the starter gun fires across the globe for (inter)National Games Design Month. The website has been updated with the latest info. As well as this itch jam there is also a fb group and a Discord server. Does anyone here have a rough idea of what they are creating for November?  Anyone waiting until the 1st before making any decisions?  Let us all know below! 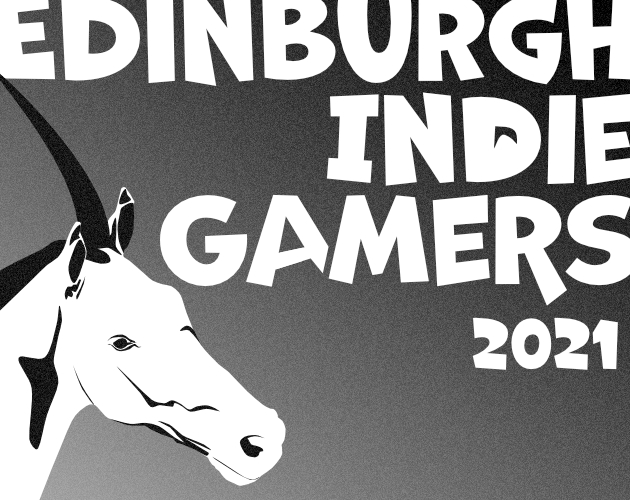 I reckon the best "theory" discussions I followed back in the day on The Forge or Storygames forums or more recently on r/RPGcreation are all tied to actual play experiences and/or a focus on practical application. The focus on the real world humanised discussion and prevented some of the worst behaviors.

Can't afford Affinity Publisher but want it for laying out games? Check out: https://publisherpool.carrd.co/

"The Publisher Pool is a set of codes for free copies of the layout app Affinity Publisher, redeemable via the Serif Store. These codes are available for indie analog* game designers who'd have trouble affording the app, to help make layout design more accessible."

Perhaps a topic for after the pandemic, but looking at ways of growing in-person clubs and spaces exclusively geared towards indie and small press games.

I'm Tanya (they/them). I've been gaming for 30yrs, making my own games and helping out with games clubs for most of that time. These days I'm based out of Edinburgh in Scotland. I'm @TimeOfTribes on twitter, though I'll be glad to see this or any other forum take over from that hellsite.

I've recently been involved in helping coordinate Edinburgh Indie Gamers, a games club exclusively focussed on small press and indie games with a strong focus on inclusivity. We have just wrapped on doing some fundraising via Kickstarter by producing a zine for #ZineQuest3. If anyone here is local then give me a shout and I can get you added to the club discord server.

Design-wise my games are informed by anarchist communist politics and queer liberation. I also tend to make games without any randomisers, either guided freeform or token economy stuff. I only add dice when I want things to feel capricious or unfair. The pandemic has led me towards releasing some of the games I've put together over the years, and so once a few other projects are wrapped up I'll be putting my own games up here.

And that's me done folks! Full game, played several times, and thoroughly talked about with others.

Hi all, I've extended the submission time by 24h to allow folks to work up to the line and still submit. Remember that if you use this time to cheat then the very real NaGaDeMon police will be at your door (#ACAB).

For folks needing that final boost to cross the finish line!

Yaaasss! Do you need anyone to give this one a play-through?

While I'm working on my final document I was wondering how it is going for others here? Anyone managed to write, play and talk? Anything you need a hand with to get your game over the line?

The secret about playtesting is like it is a lot like trad game GMing. You can run it and make up/change  rules on the fly and the other folks playing don't really worry as long as you front it!

I'm looking for suggestions on what shifts in setting/perception/self take place as CONTROL increases. Any thoughts welcome.

I'm also running another playtest at 1930 GMT on Monday 23rd if anyone here wants in?

I love the inspirational quote style of the promo image here. How does the game play out in practice?

Well, the itch side of things has had it's first submission!

Yeah, week 2 is always that feeling like week 1 was all hubris and bluster and now I've got shit. That said, I did a playtest and it went OK, but the system doesn't pop the way I wanted. It is good for more whimsical or nice paced games, but given the influences I need something to ratchet up the tension. I'm thinking my fave game for this is Lacuna.

It has Heart Rate and Static. Heart Rate is a re-roll where if you keep the number of re-rolls in a tight band you get a bonus but if you go over it hurts you. Each time a player fails you add one to the static count and at certain thresholds you start adding surreal elements to the game.

I reckon this can be reskinned/combined with the Resistance and Freedom token mechanic I'm already using to make something that has a one-shot tension building feel to it.

I thought I'd do a quick post to ask how things are/arn't  going? Even if things have stalled or hit some snags it would be wonderful to hear from you all.

How about Carer/Child for Relationship? Or lovers?  In any case this is hella cute!