Yes! I forgot to mention, the music you chose is awesome. It’s my 2nd favorite song in this jam (1st is Megalovania remix from Planet Defender, so you are competing with Undertale here, just so you know).

Well, that was quite a journey! Despite simple mechanics, the game was very fun and unpredictable. It took me about an hour to complete.

I think the game needs some proper tutorial, because it took me a long time to figure out the “closing eyes” mechanics. And even now that I have finished the game, I have no idea what the blocks with double arrows do, or why sometimes you can walk through walls and sometimes not. I must admit I was mostly just randomly switching modes and smashing keys in hope that eventually I will get the right solution.

Graphically the game is just as simple as it needs to be, but I think it really could use a dark theme, because it was painful for me to play it at night.

I like the music a lot, it adds weirdness and unexpectedness to the game.

That said, I’m actually not sure if I completed it, because there was no ending screen. Maybe there’s another secret level that I missed, ha-ha! :-D 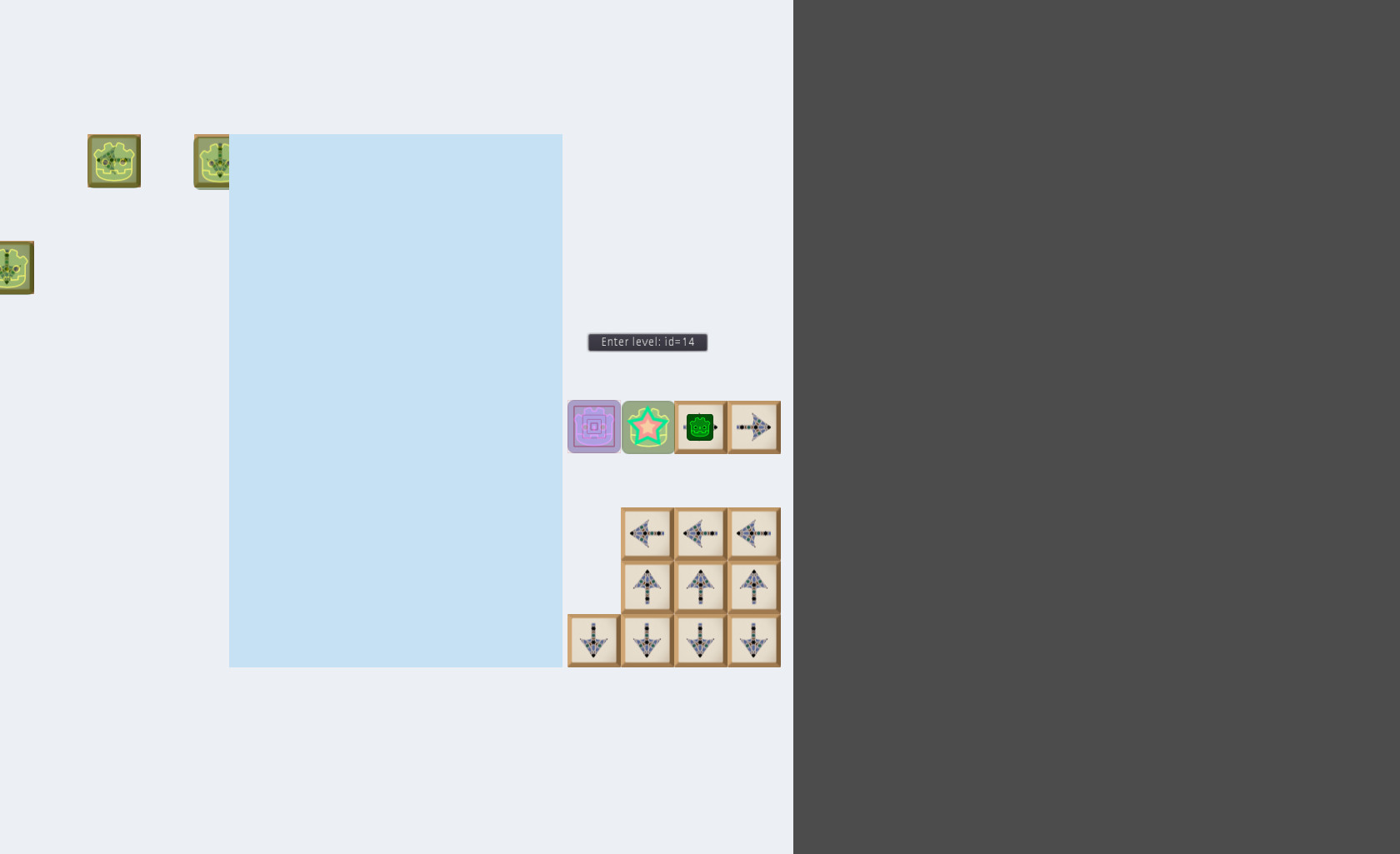 Neat game, it was fun running around and trying to find the right shapes. When the whole room got filled with them it was just hilarious. I couldn’t do anything but panically try to keep the stacks below the limit (with no success)! I feel like the game was a little slow at the beginning, but it gave me time to figure out what to do. Still, it would be nice to have a dedicated “Help” menu describing the objective, or maybe a tutorial.

I like the graphics and the sound effects, they have this nice steampunk & futuristic feel. Triple jump is a really nice feature and is vital when you get to the point where a multitude of shapes makes it impossible to walk. And nice job on all the unique shapes, it must have been hard to think of so many! :-D

Concerning camera movement, it feels like the mouse smoothing is way too aggressive in your game. I think that’s what @aturbidflow was trying to say. You need to make it lower or disable completely. I personally never ever enable mouse smoothing, because it just makes the controls (and game in general) feel very clunky. You may also want to add an option to disable Vsync, because it causes input delay which in turn causes the same “clunkiness”. But some people still prefer to have it on, because it removes screen tearing.

And seeing that you already have options for FOV and sensitivity, it’s probably a good idea to make a dedicated menu for them. It’s not too hard with Unity, it already comes with scripts for it (buttons, sliders etc). I think it’s really important to have a menu like this in a game (especially first-person), that’s why I spent a lot of time creating one for mine.

Controls aside, this is a good game, I enjoyed it a lot! 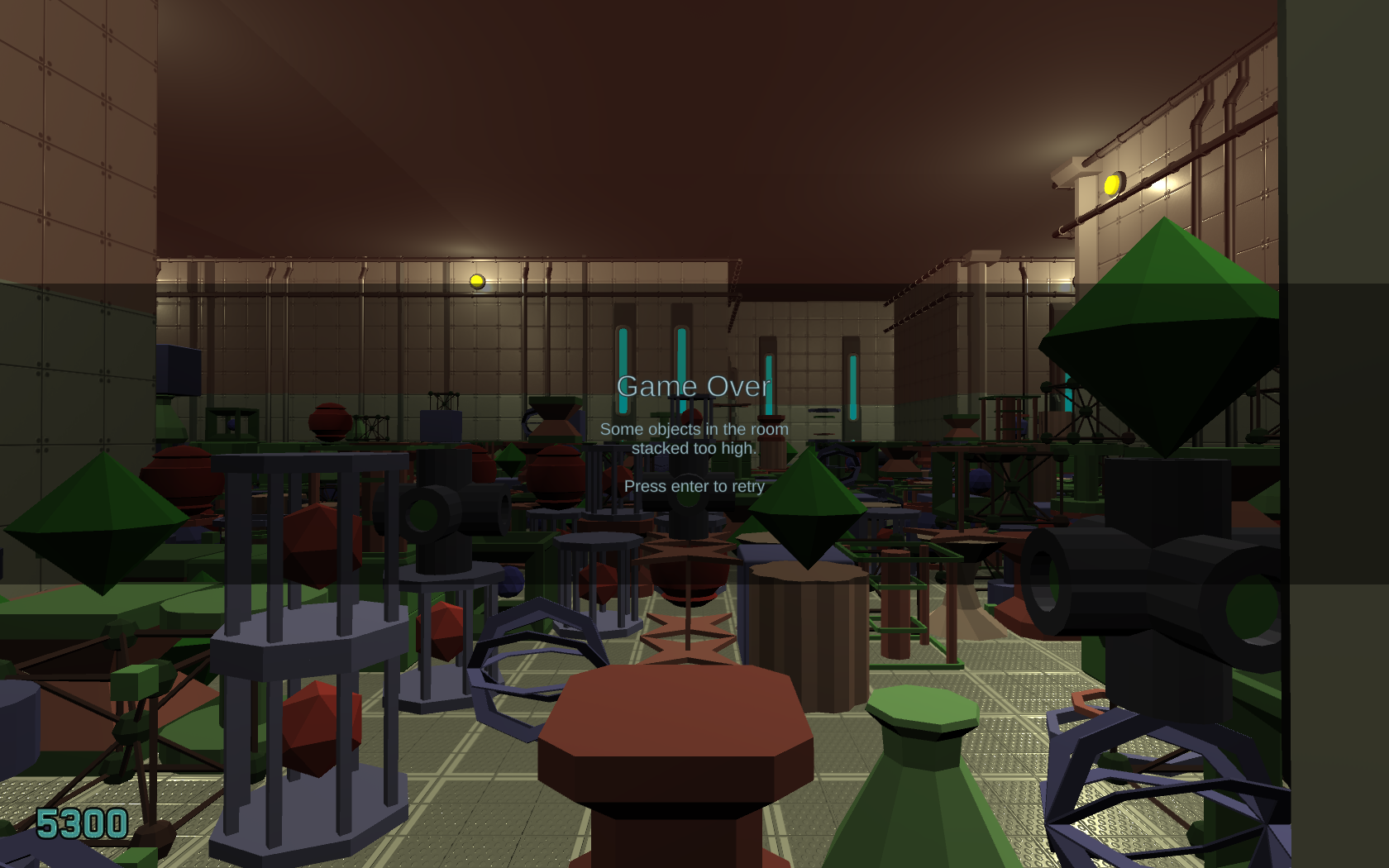 Thanks playing and for the feedback! I didn’t actually think about it, but it makes sense that the lack of objects to focus on can make the game disorienting. Though I’m not really sure how to fix it, given the simplicity of the game. I was thinking about adding some background objects like mountains, but I couldn’t figure out how to do that and get the atmosphere I was aiming for.

How many endings did you manage to find, by the way? There’s one that changes the skybox. ;-)

Very cool rhythm-based game! Not what I expected at all from the screenshots.

I have tried all the doors, including the ones in the level scene.

That’s all right, just consider supporting Linux for your future games. Unlike Mac, it’s not too hard to spin up an Ubuntu ISO and click “Build” in Unity. ;-)

This looks like a nice game but unfortunately I couldn’t get past the first level because the doors don’t seem to work. Nevertheless, judging by the screenshots, you did a lot of unique and fun levels. I like the graphics, but it feels a bit blurry, seems like you need to disable texture filtering so the pixels feel sharper.

I managed to finish it, such an awesome game! I love the graphics, the music and the story. It has this nice retro feel while still having to offer something new and unique. The giant spider robots is my favorite part of the game, despite it being a bit difficult.

I had to boot up my Windows partition to play it, but it was totally worth it!

Such a great narrative! It has this poetic, yet twisted feeling. The dialogues are fantastic. And I did not expect the ending at all!

I actually didn’t know you could carry the chicken! I just made it follow me to the pit after hitting it.

I got beaten by an angry mother and a chicken. Absolutely fantastic game. :-P

Fun idea! I think this game needs a restart button, since I (somehow) managed to lose the first time. And it’s awesome that you took the effort to write all that text! ;-)

Nice game! I like that you can tilt the plane, I feel like you could take advantage of this and build some interesting mechanic around it (like once I had to tilt the plane to reach a flying carrot). I also suggest you add some difficulty scaling, because at the moment there isn’t much challenge to the game and you just keep playing until you get bored.

Visually the game looks nice, but it feels a bit unprofessional because the pixel art isn’t uniform. And you reeeally need to fix that orange-on-blue text, it’s very difficult to read! But overall great job!

Really fun idea! I like boss battles where you have to “dismantle” the boss making them weaker over time, it’s very satisfying. I also like the screws mechanics, though most of the time I found myself just unscrewing everything.

The only problem I encountered is that pressing Space after dying just keeps restarting the battle instead of jumping. And the only way to fix that is to restart the game.

Looks like a nice platformer but it needs some polishing!

These are just my suggestions to make this game better. Anyway, it’s cool that you managed to make so many levels and 2 characters with different abilities in such a short time. Keep it up!

I get it, it’s just an early version of a clicker game!

I love the sword, it’s so fun to use because of how epic and overpowered it feels! Still, I kept dying a lot to the enemies and unexpected traps. Then I just started to have my sword drawn at all times, it makes the game way easier!

My only complaint is that the camera zooming in and out when you’re killing an enemy is kind of annoying. 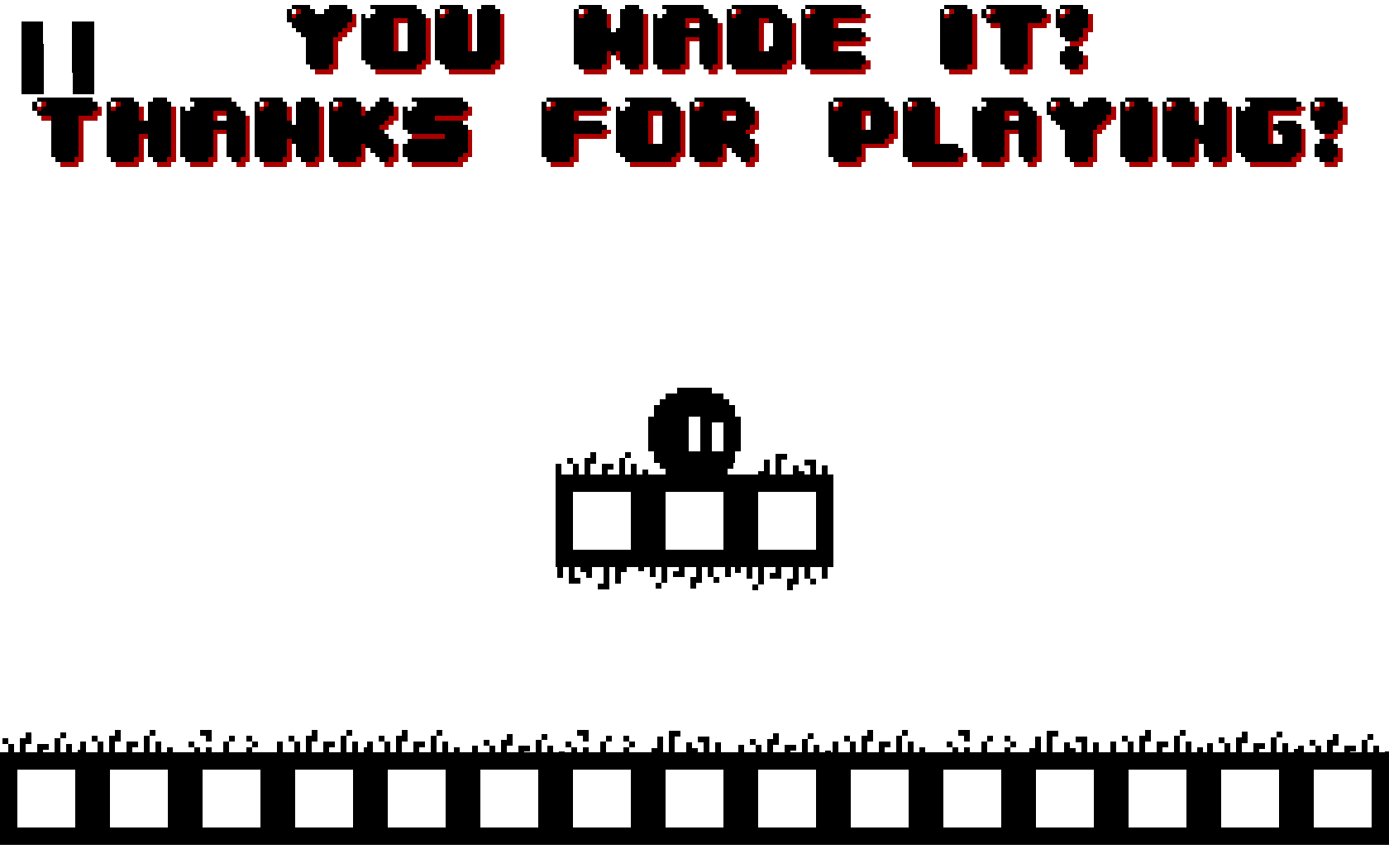 Cute game, it was fun figuring out where to hide everyone! Though I expected a better ending, like the cutscene from the logo, but it’s alright considering the time limit!

Ha ha, I don’t blame you! I barely managed to finish my game.

Oh, actually, never mind. I can export myself, since the game is open source. That’s DOUBLE AWESOME.

Could you export a Linux build maybe? I would love to be able to play this game natively!

Simple yet very fun game! I like the art style, too bad there isn’t any audio!

I definitely didn’t expect it, though I saw that platform from the very beginning! :-P

I just tried it, very cool! I got to the 6th stage and 6370 points. The shotgun is awesome, it almost feels overpowered. That is, before there are 1000000 zombies around you…

It’s probably strange but I feel genuine joy thanks to your comment. I hope you are having a nice day!

Thanks, I’m glad it was relaxing, as this was one of the intentions!

Great art style and music! The gameplay is interesting, I imagine it would be very fun with other players. The controls felt very unresponsive for me in both modes, probably because of bad ping. It got better when I hosted my own server, but then the game started to lag. It’s still impressive that you made a fully functional multiplayer game in such short time!

This game reeeally needs some checkpoints. It’s so annoying to start from the beginning each time. I wasn’t able to finish it because of this. Also, collision and camera movement felt very choppy.

But otherwise I liked this game, the level design is nice, with lots of unexpected elements. The coins especially confused me at first, I didn’t understand why they were killing me sometimes, only to discover that they have spikes on the sides!

It turns out that it was just my computer being laggy. The game works fine!

Just to clarify, the game was lagging because my computer was being laggy. It’s not a problem with the game.

I played on Linux by the way, the game seems to work fine!

I didn’t quite understand what’s going on but the graphics are very nice! And I managed to kill the cactuses! Am I the hero of the garden? ;-)

Funny and unexpected idea! I like the graphics and the music. I didn’t have any trouble with clicking, though the game was lagging for me quite a bit. Maybe you could release a standalone desktop version in case the web version doesn’t work well for someone. Anyway, it didn’t stop me from enjoying the game!

The moment I got the bazooka I immediately knew what to do. :-)

Wow, weird game! It was lagging for me a lot (I’ve downloaded the latest version), but it didn’t stop me from finishing it. I liked the simple graphics and the voice acting.

Nice game! I like the graphics and the mechanics. The twist was unexpected, though unfortunately I wasn’t able to finish the game, because pressing arrow keys at the radio sequence didn’t do anything for me. Maybe it’s because I was playing on Linux through Wine.

Awesome visuals, simple / fun gameplay! It’s so cool that you only made it in 3 hours!