Oh, not sure if it'll help, but the stable version works perfectly. I forgot to mention that earlier.

So since last night I have done nothing to change anything on the app, but I did see that you updated which seemed to help but not entirely fix the problem. The poses and stuff all now have thumbnails. The standby pose now is normal, aside from some of her skin clipping through her socks at her ankles. That clipping seems to be a problem on every pose. Some of the poses are now fixed, but not all of them. I'll try to get pictures of each problem I find and give you a full workup of everything. Also, I am not running dual monitors nor is it on a different resolution other than the default. 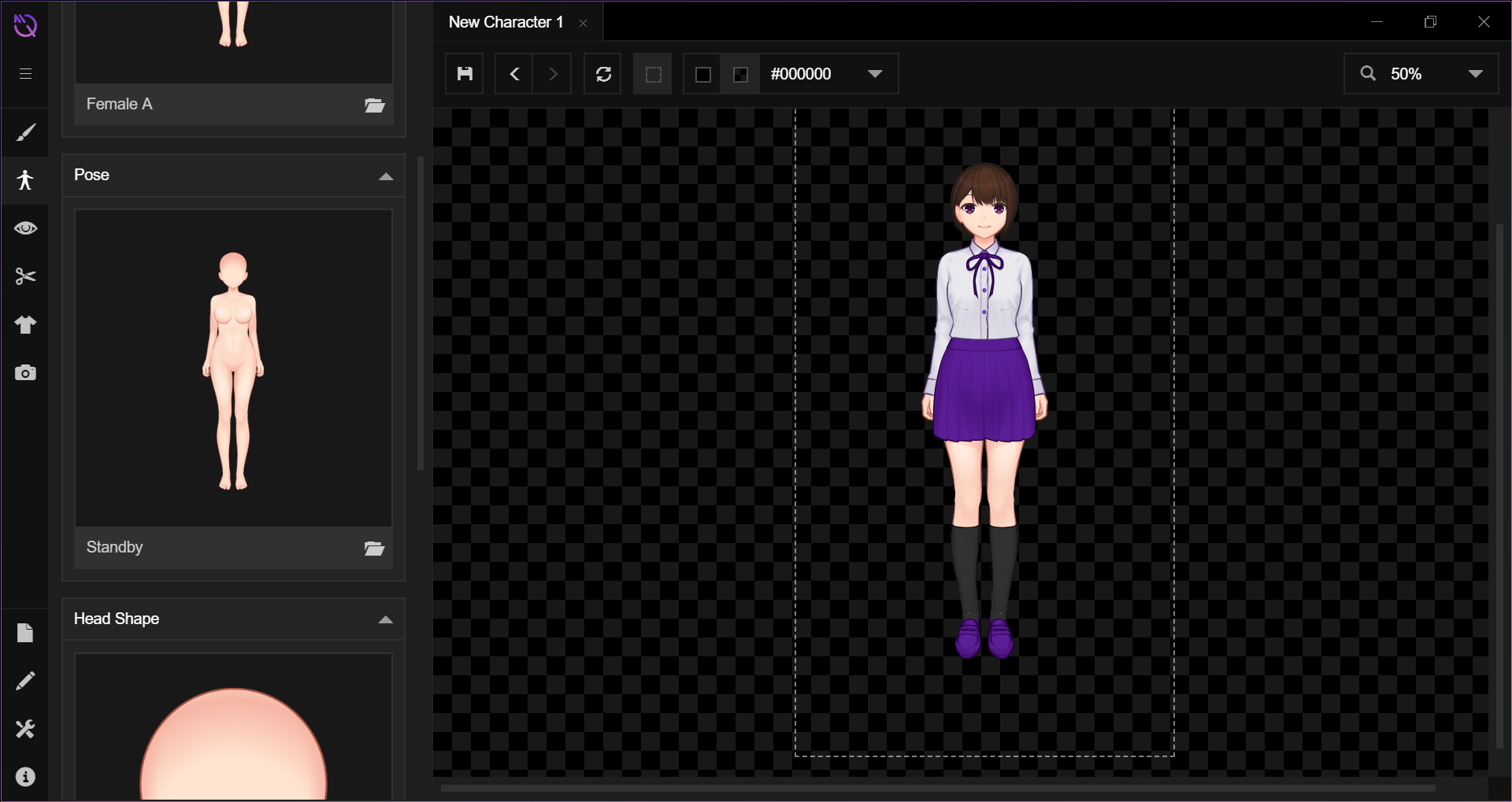 Next one appears to be missing the upper arms. (so did the tilted Akimbo) 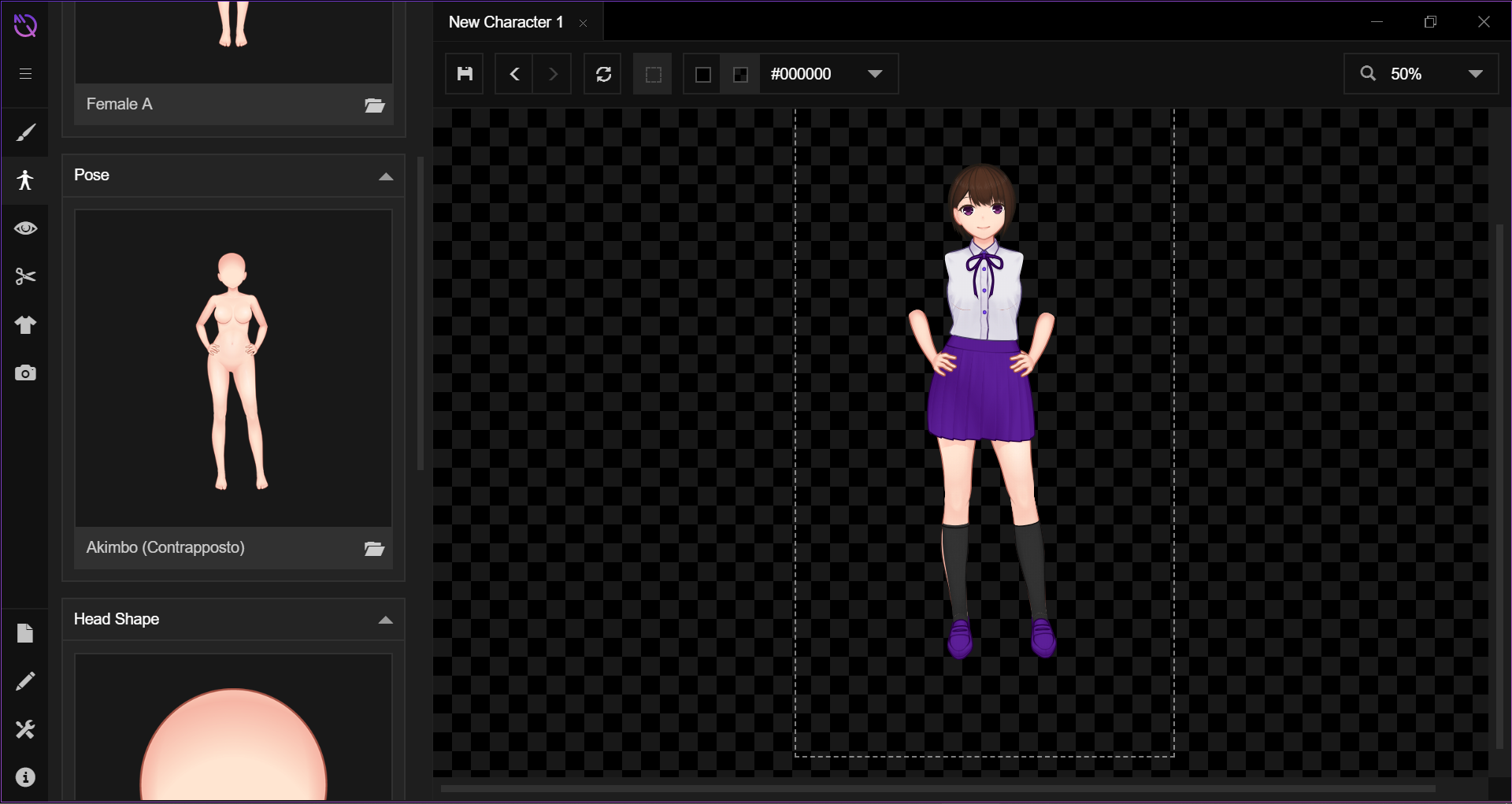 I'll be honest with you, this next one made me laugh when it loaded it. Just caught me off guard. (it appears all arm grab poses phase her breasts through her shirt...) 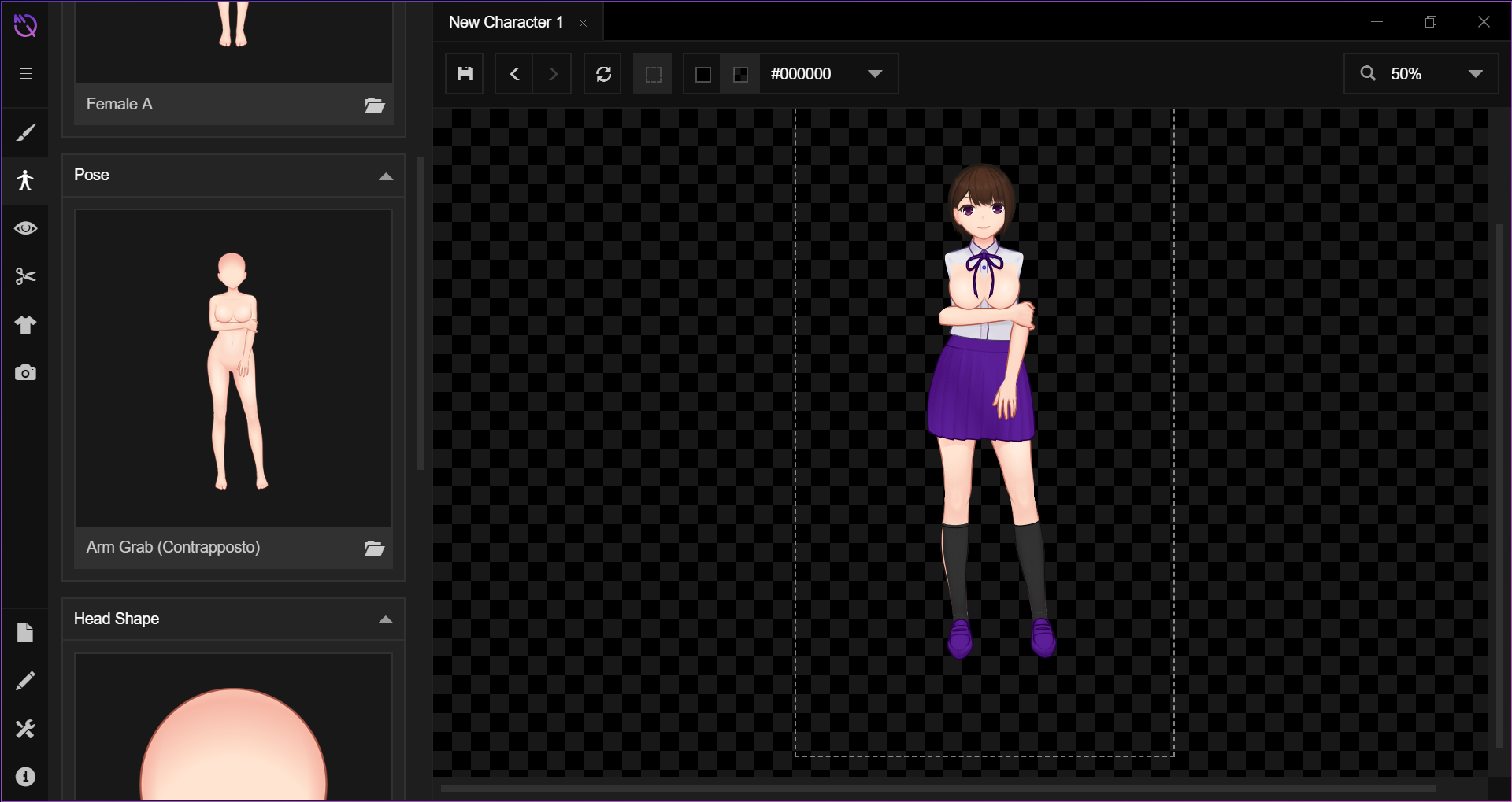 Arms behind back appears to be just fine, save for some skin clipping around the socks. (same result for its variations) 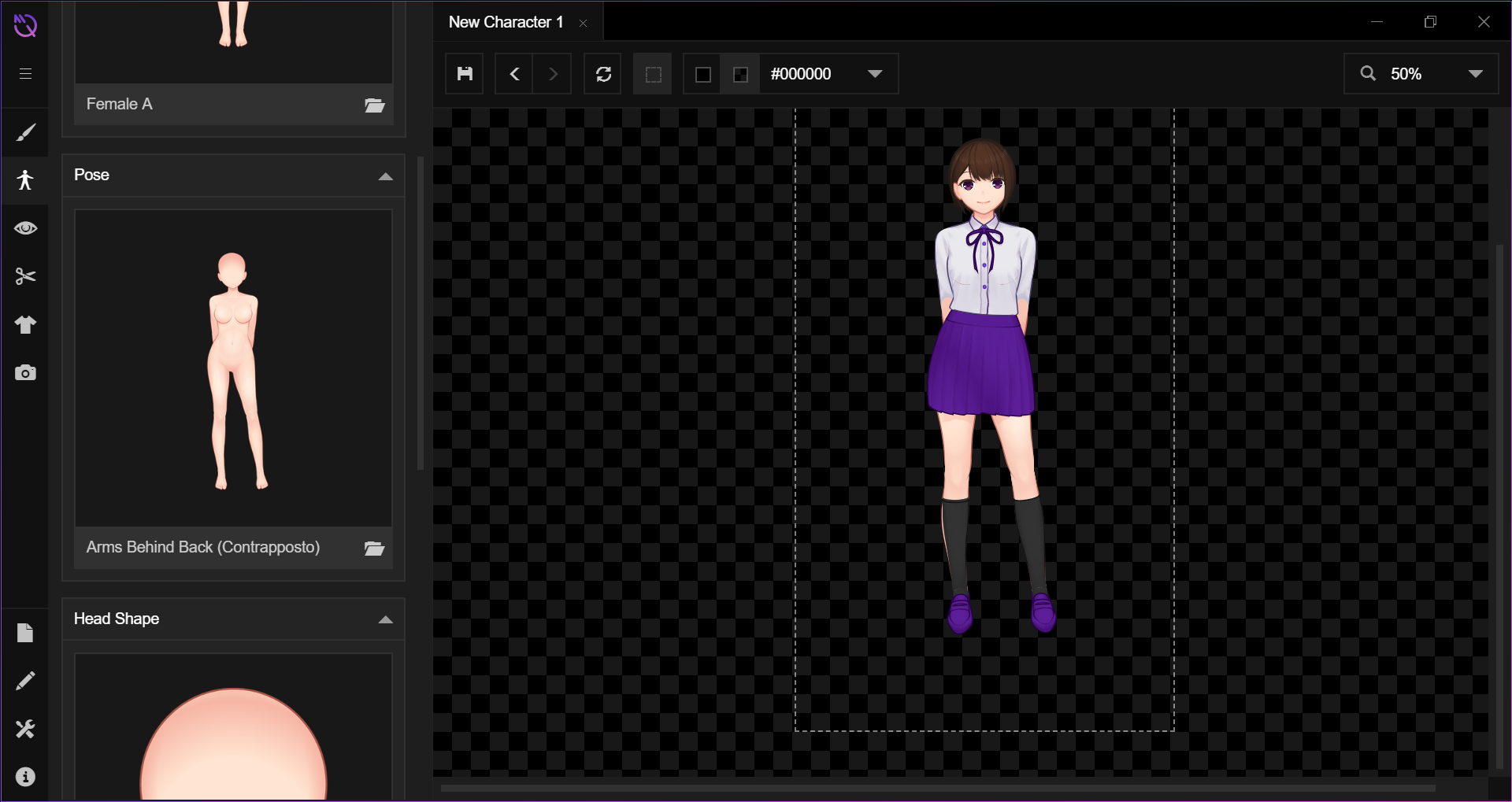 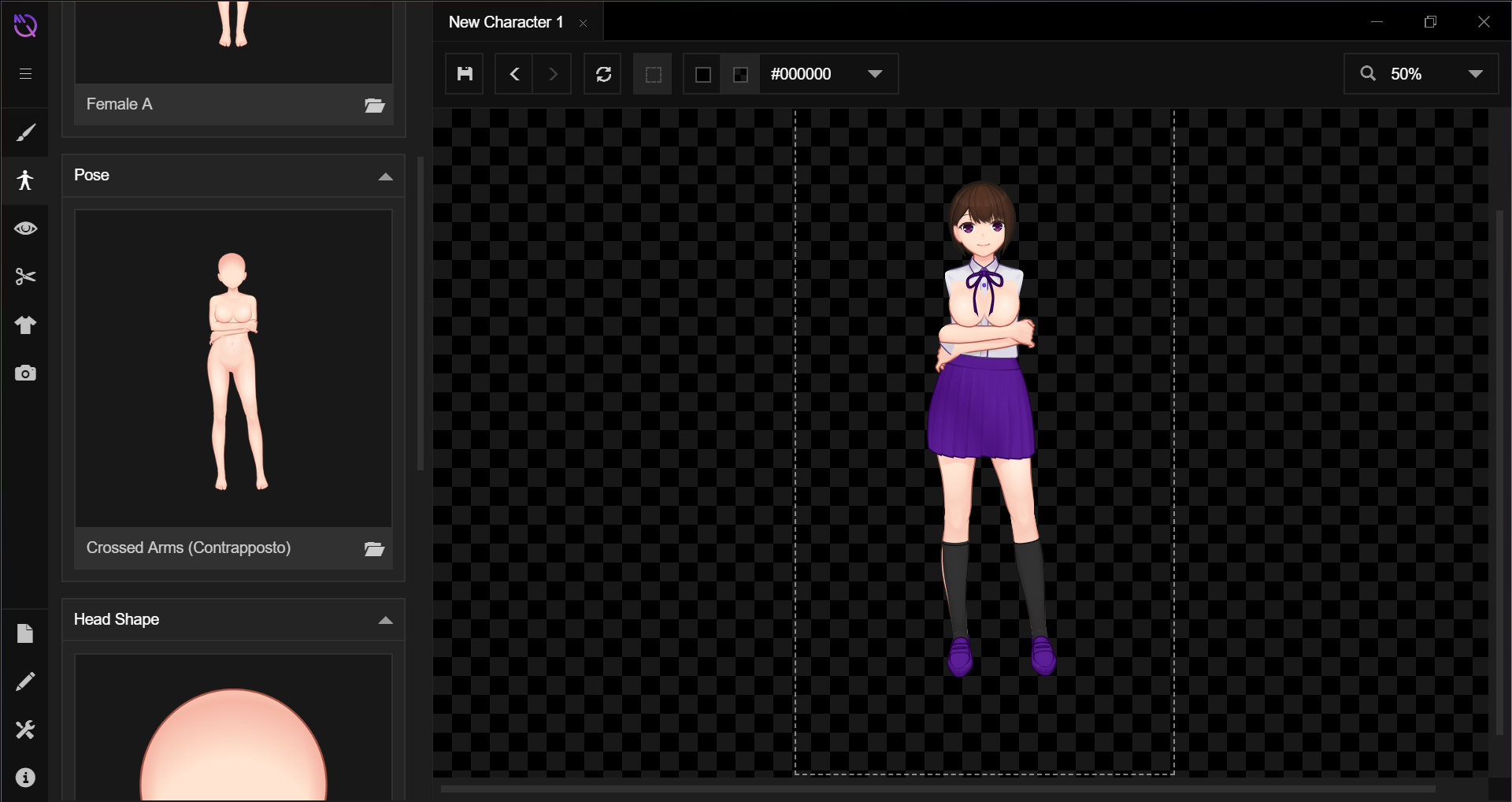 Both Hands Explaining appears to be missing the upper arms. (same result with its 2 variations) I've noticed the one-handed variation of this has the same problem but with only the arm that is presenting. 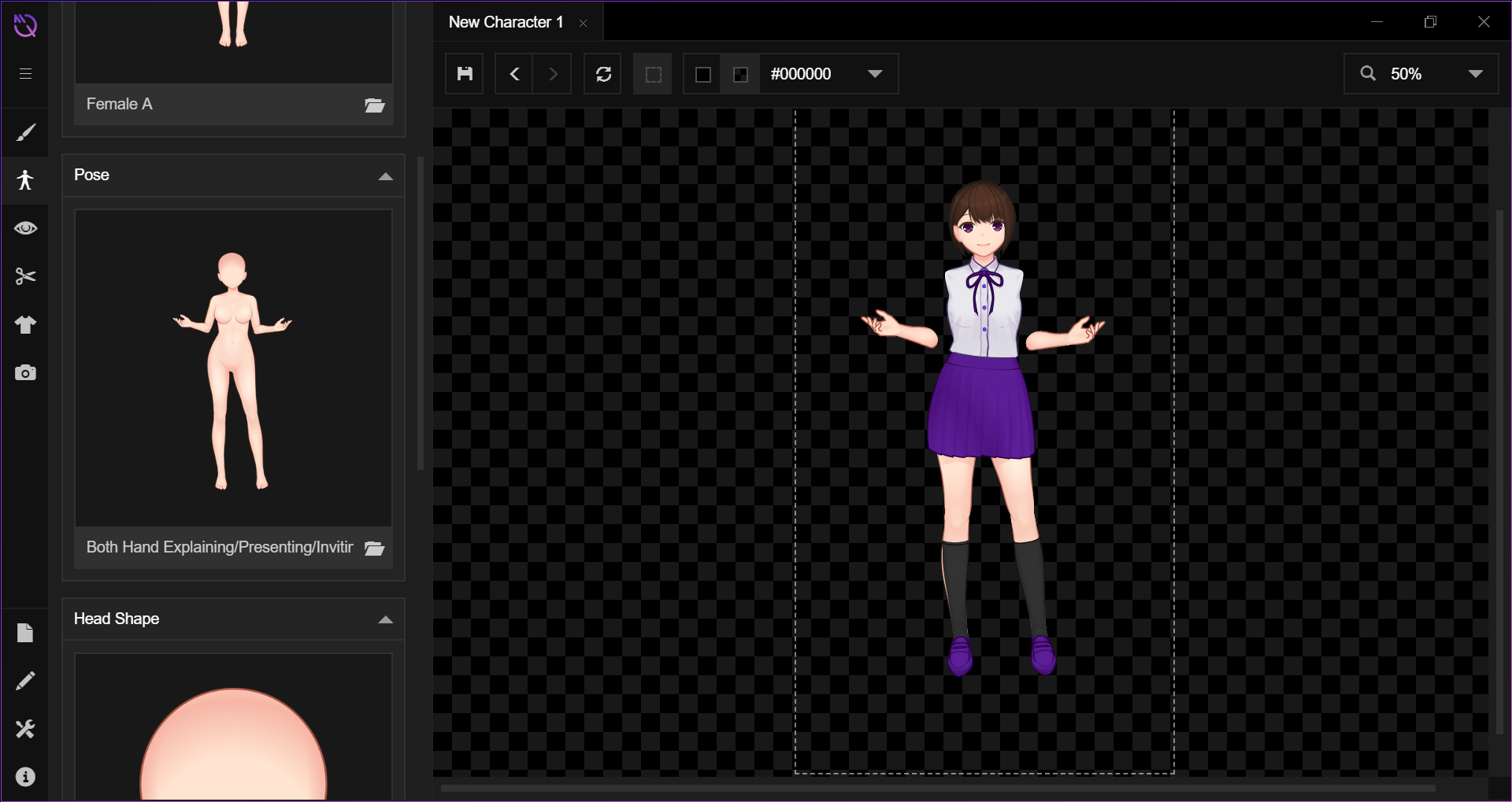 Both Hands Presenting shows a new problem with her upper arms showing up to the party in the wrong spot. (same with variations) 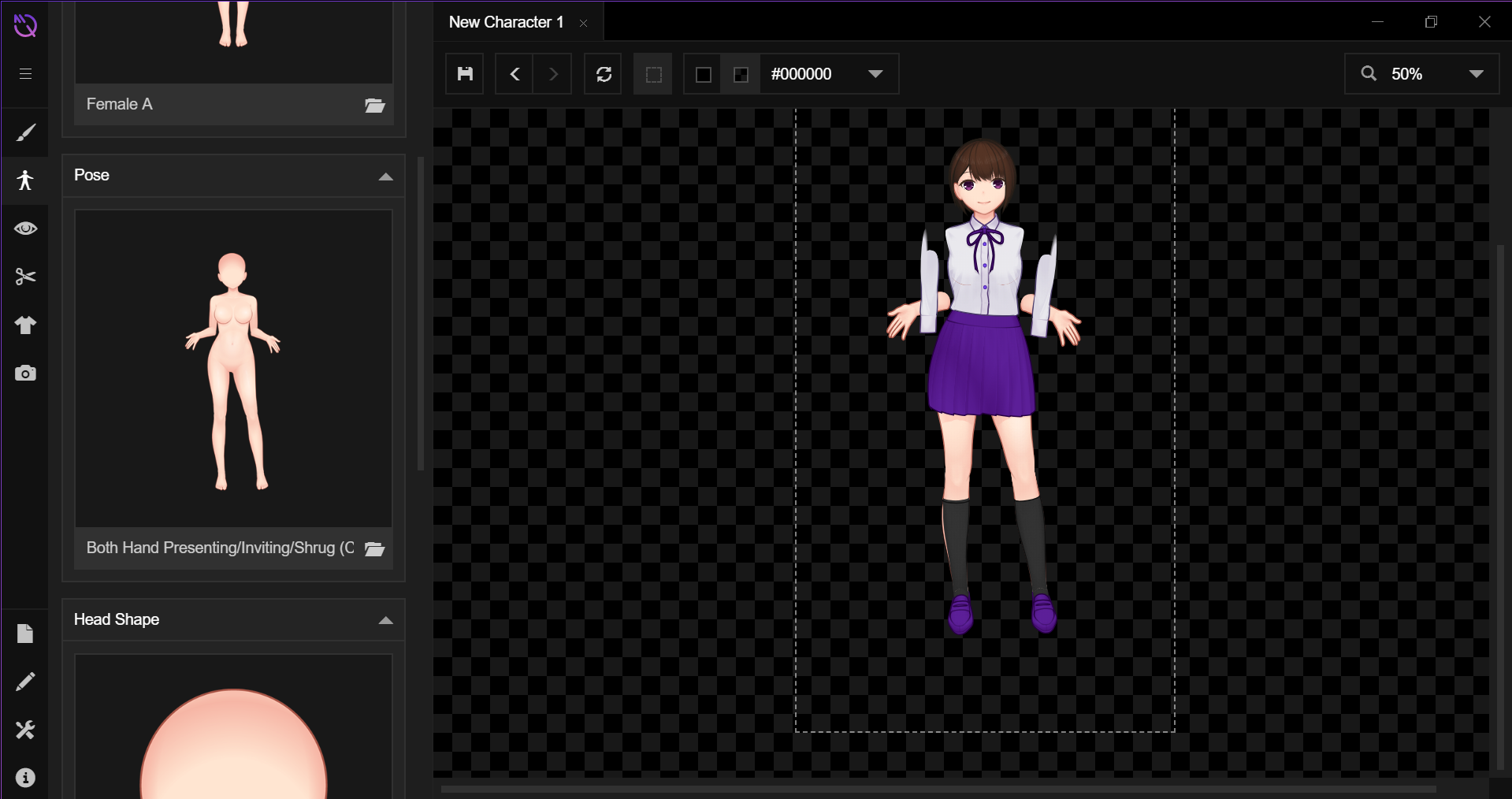 Raised Loose Grasp is interesting. Her upper arms appear to be missing but I think those things on her hands might be part of them... (same result with variations) 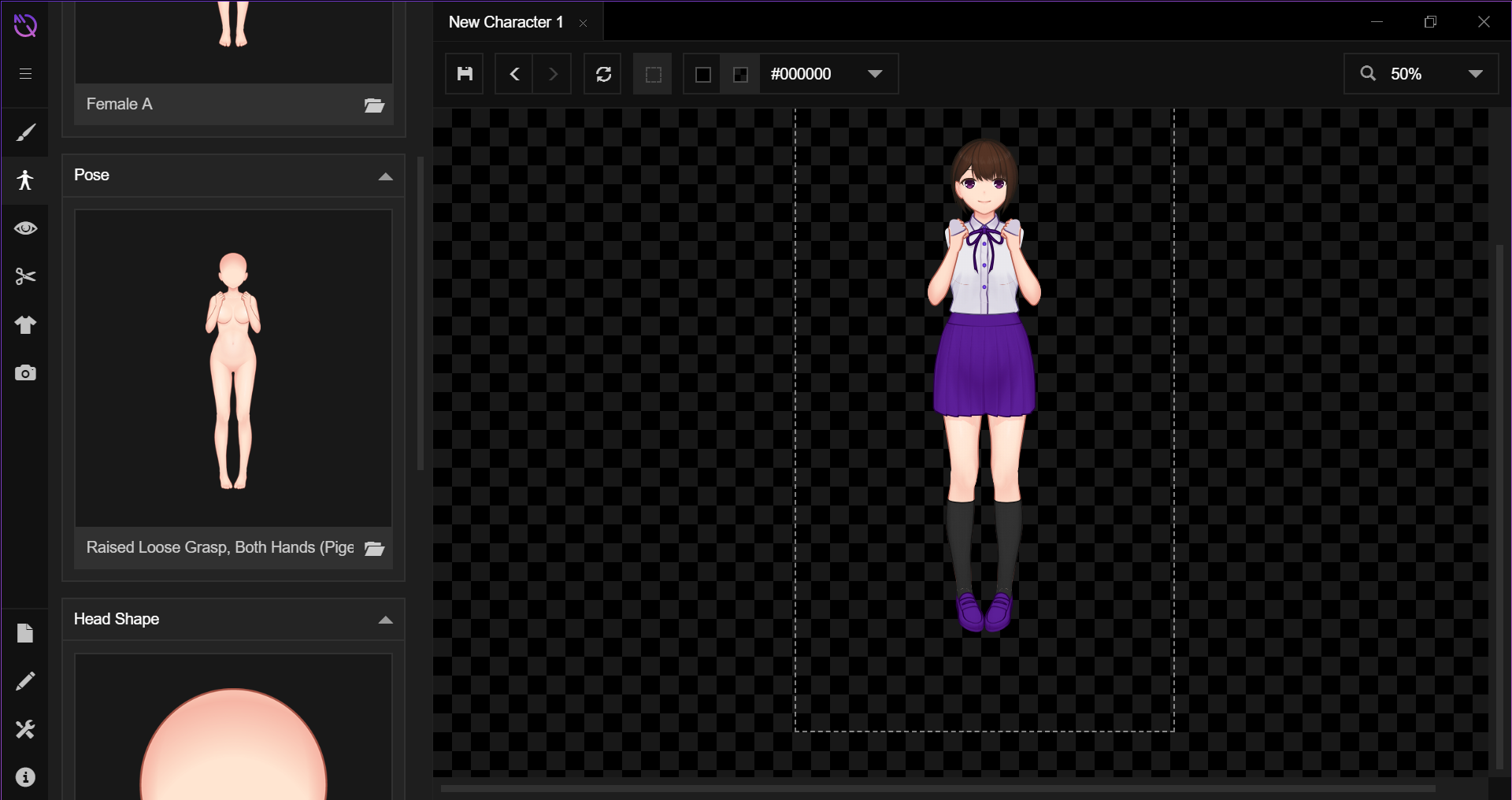 Hand on Hip is missing the upper arm and its explaining variant is missing both upper arms. 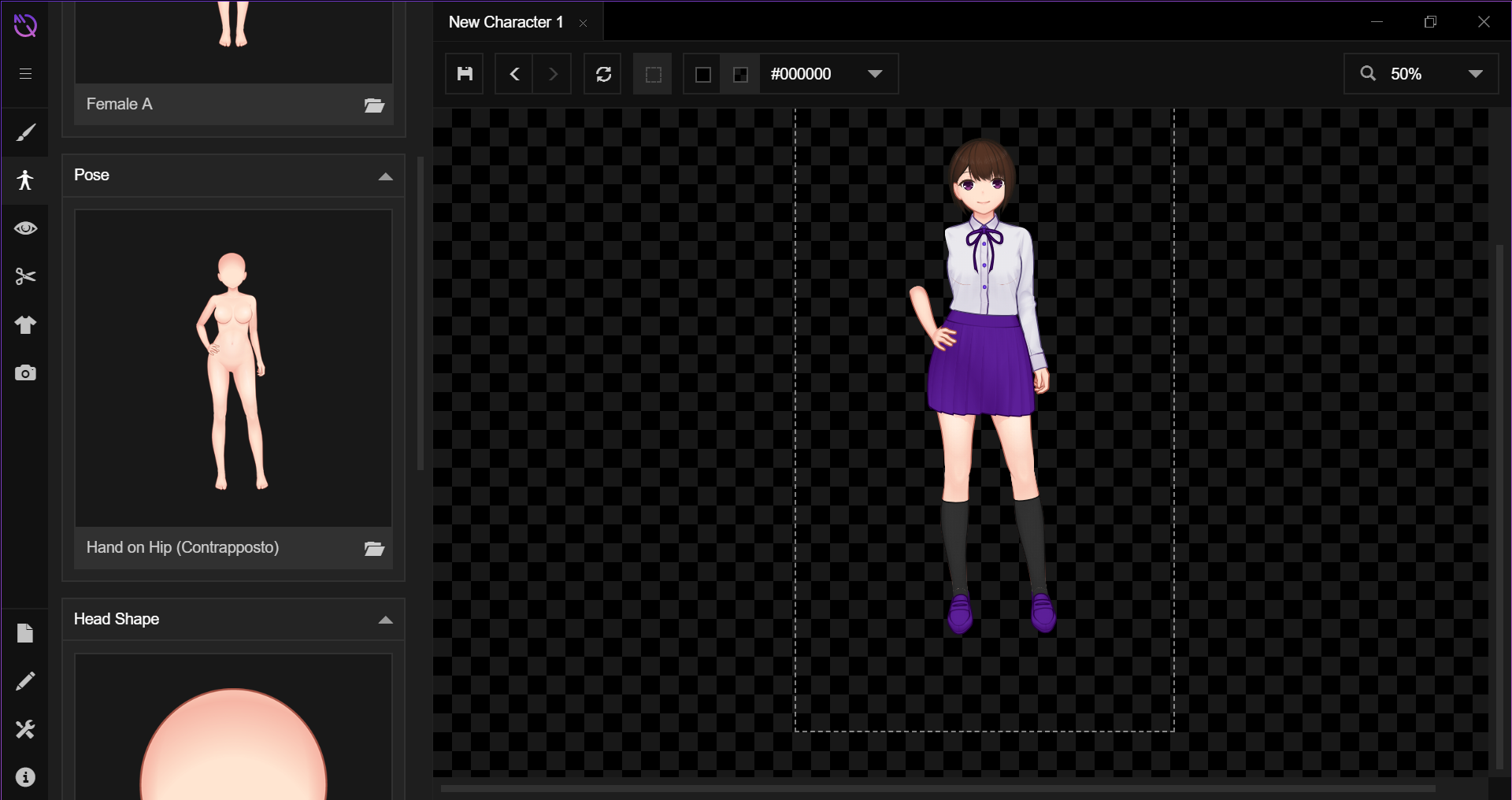 One arm raised grasp has the problem with the double arm, but is only missing one upper arm. 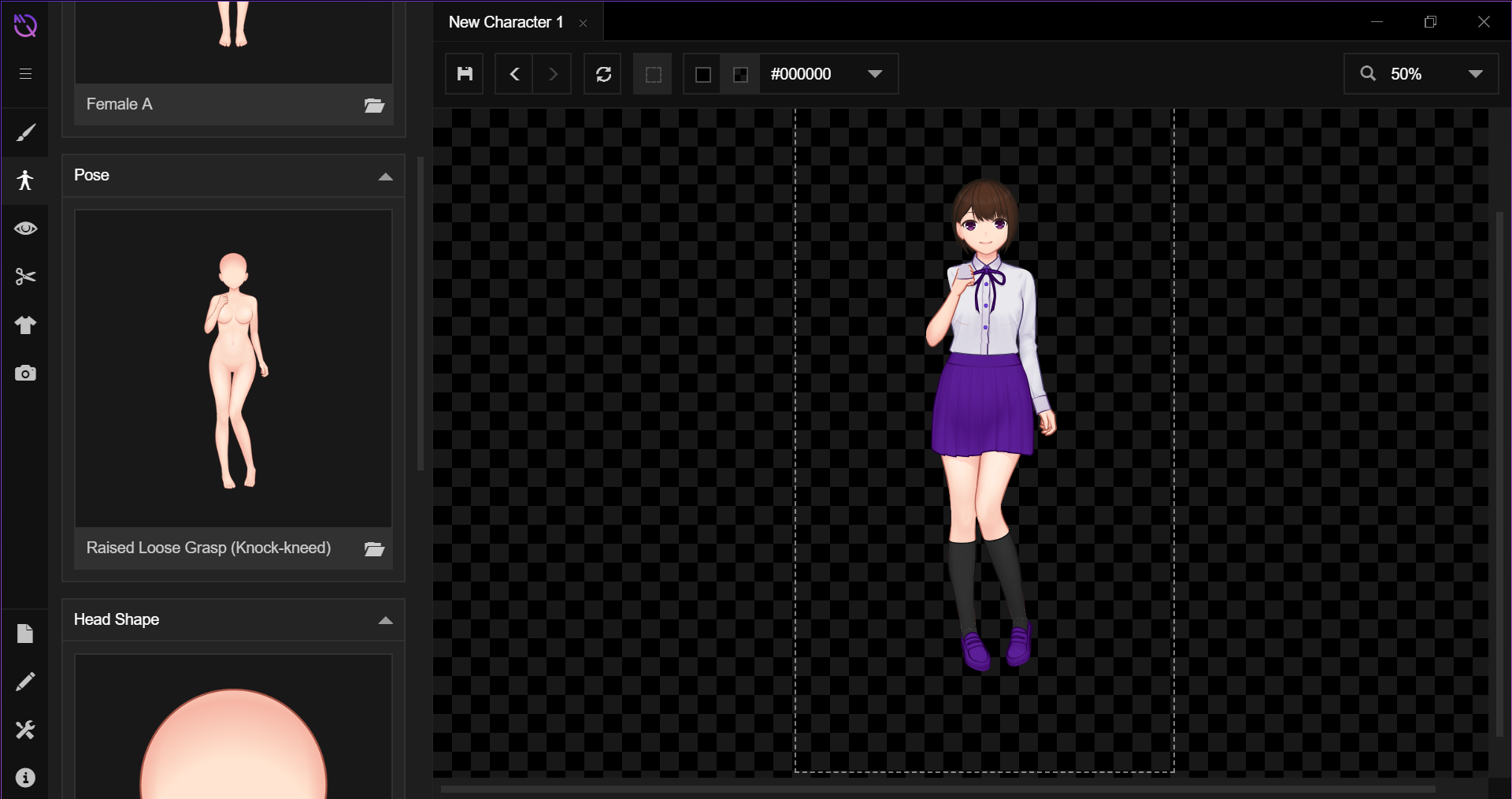 The pointing one I thought looked fine at first, but I went back and noticed the upper arm is actually missing. 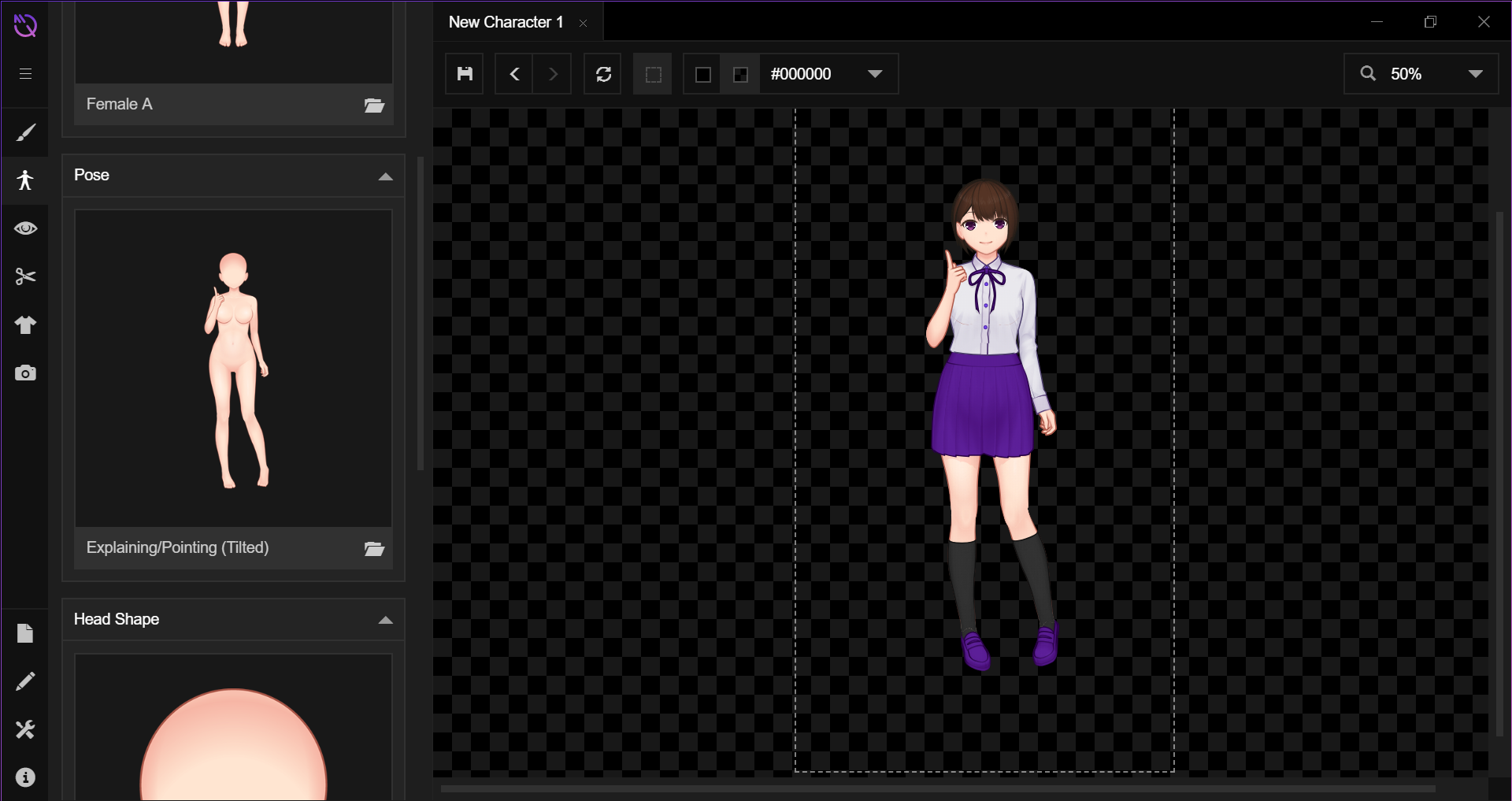 That's pretty much all. I hope this helps.

I'm using a Windows 10 computer and I've actually tried uninstalling and installing several times. I have downloaded it from the site and on itch.io and tried reinstalling it. Also, that picture isn't the default pose, but the default pose is just as broken. Like before, I've tried every single pose and they all are messed up in some way with just the default spawning clothes. I've also notice some of the eye brows are messed up as well, although not all of them like the poses.
Thank you for taking the time to help me, I'm personally using this app to create a visual novel and I'd love to have access to the newer stuff on the nightly version.

So I just bought this and downloaded it for the first time. Every single pose does something similar to this and shows as a ? in previews. I've noticed the same ? when looking at the gender defaults as well. There could be a couple other items doing this.

Despite not having much at the moment, it's a really fun game. I can see it going pretty far. I have noticed a bug where I can't reset the map.