Cute little game! I only realised I could shoot during the very end, so maybe having some in-game instructions would be good, but it was a fun time :)

Oh no! I must have missed that bug. Thanks for telling me, I’ll have a look at it after the rating period.

I asked the host of the jam, who said it was cool, but I only made the web version compile, there were no gameplay fixes

Thanks! I'm glad you liked the shaders, it was my first time really using them and I sort of went all in on it, but I agree that difficulty needs some work. Something like a shield or powerup seems good for sure, perhaps spawning more freqeuently once you've died a couple times.
Thanks for playing :)

Thanks! Yeah, I definitely think that the difficulty needs some work, I was originally planning to allow some extra hits or something similar, but I ran out of time to implement it without cutting down the actual game level size. I'll definitely do some fixes on the difficulty. Also, I might just make the respawning screen skip quicker, even in testing I sometimes felt like I was dying too often for the speed it's at.
Thank again for the feedback :)

Thanks for playing! The current dash timer is the same length as a bar (1.6 seconds), because I wanted to match it to the song's tempo, but with more testing I agree it should probably be a little faster. I think that I'll change it after the jam.

Thanks! That was my main sort of inspiration for the gameplay, so I'm glad someone thought it was similar

I just fixed that bug now! The web build will be working in about 20 minutes

I used the Love2d framework to make my game :)

Thanks for the feeback! For the graphics being small, I did originally have them larger, but due to the engine I am using there was no way to have levels the size I wanted and fit the web player without tiles that small, unfortunately, so I had to sacrifice the size so it would all be seeable.

As for the animation and composition, I've actually used Bosca Ceoil before, but I'm pretty bad at it, and I really didn't have enough time left to make animation or music on my own (maybe I'll do it after the jam is done), which is why they were left out.

Holding the button down is definitely too fast, but it's based off the "key repeat" system implemented in most software, where it just starts typing really fast if you hold it down long enough, so I should go back and manually implement it so it's slower.

The magic wand was probably the weapon that made the least sense? Perhaps I should've given it an actual text tutorial, but what it does is that it changes directions to move the same way as the player, unless you're going the opposite direction to it. (e.g. if you go left, it will go left as long as it's not already going right), but it was my plan that you could use it to remotely attack enemies around corners and things.

Really great game! I absolutely loved the art, and the idea of having a giant sword chasing you down was very interesting and fun, particularly with the fact that they are used as part of the puzzles to break blocks. I did find that the archers were quite hard to avoid, so maybe having them appear a little earlier and do something like a pulling back on the bow animation would help quite a lot.

Overall though, a very fun and cool little game.

Awesome game! Having a pushing puzzle game is normally pretty plain, but having the swords as both hazards and to stick boxes together was super cool. I really, really enjoyed it :)

Cute game! I really like the audio, although it was a bit weird that the volume setting started at zero.

Thanks for playing! I'm pretty sure there's no point where there is a blank screen at the shop, but I'll make sure to check it out after the jam.

Glad you enjoyed! I was originally planning to allow that, but I overscoped and sort of struggled to finish what was already there, so I had to leave it out.

Due to some lacking on my part in the art department, it is hard to figure out how grown the plants are, but there are only 3 levels of growth, so the ones that ate you are probably the half-grown ones.

Yeah, I know that it's broken, but i'm currently unable to upload the bug fix because of some issues with the game engine

Thanks! It's pretty awesome to see someone play my game and I enjoyed your video

Thanks for the feedback! Yeah, fixing the jumping physics is my number one update feature. I wrote the code for the jumping so that the deceleration in the air takes 0.4 seconds to reduce to stopping (compared to 0.1 seconds for on the ground), which works well for realistic-ish movement, but makes precise air stopping pretty hard, so I'm planning to reduce that to about 0.25 instead.

A crazy solid game! The use of dithering was impeccable and the puzzles were really fun and well designed. All the different mechanics were clearly introduced even without any kind of text tutorial. Super cool.

I hadn't even thought about non-English keyboards, that's a super good thing to mention. I also heard from a couple of my friends that played that the movement was too fast in the air, so I think I will change it after the rating. Thanks for the feedback!

Thanks a lot for the feedback! I'd heard from a couple of my friends that playtested it that the movement was a bit strong in the air (particularly on the web version), so I'm planning to slow it down after the rating period ends.

Thanks a lot! I was very inspired by Pikuniku (originally my characters were all going to be ellipses like the pikuniku guy before I realised that and changed them all to different shape), so I'm glad you picked up on that.

Thanks a lot! I had it in my head that I wanted dialogue since the start of the jam, but I only came up with the idea to add "yes" and "no" buttons halfway through. I think it really added a lot.

The game is free on steam

This is super awesome! Just found a bug in the web build though, when you try to input a seed that is longer than the ones the program creates, it stretches the ui past the limit of the window and you can't use all of it. 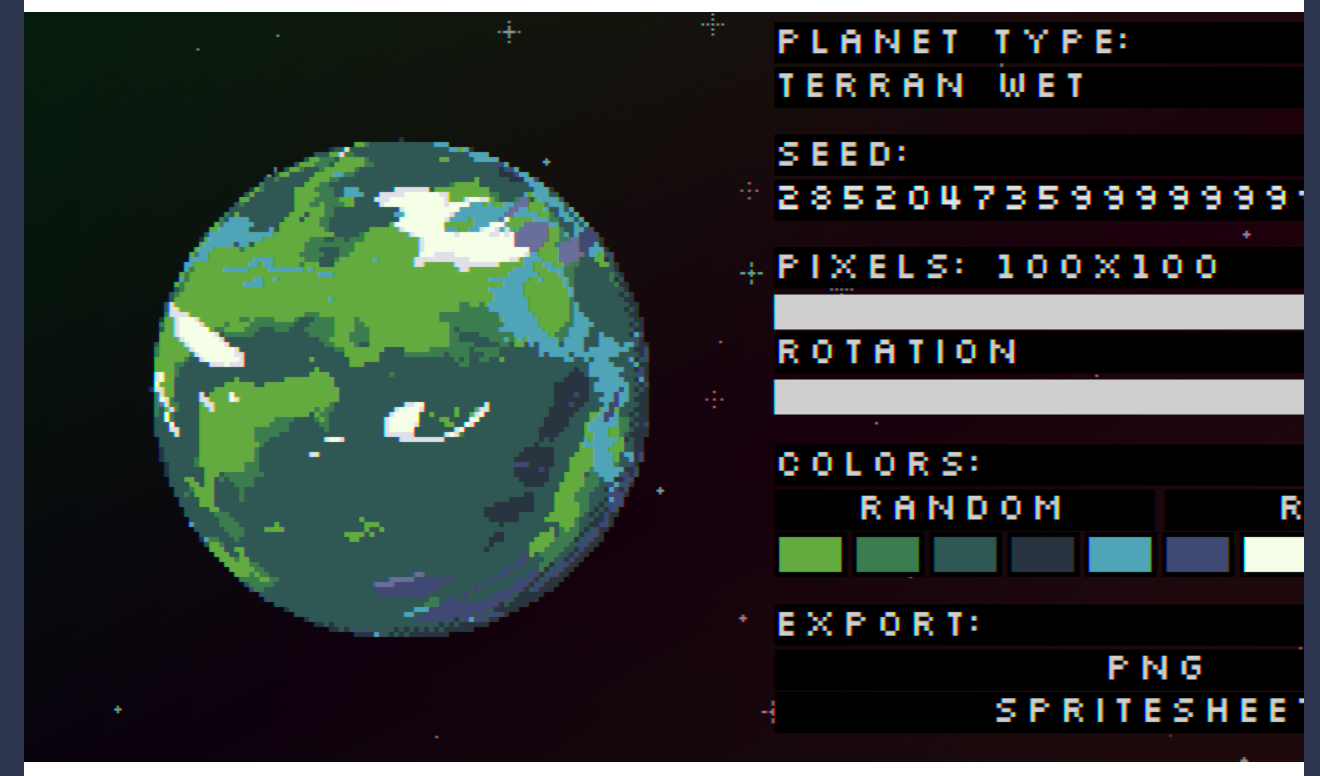 Thanks for playing! Hadn't realised that typo, whoops.

I don't think it's possible to get softlocked, but it might be that I missed something in playtesting. I'll check it out.

I would like to try adding more movement options that could be picked up during gameplay, to make the game more rougelike-like, but I haven't really decided what they would be yet,

Thanks! It took me a while to get the movement right, but I'm pretty pleased with the end result

Post mortem is included in the Devlog document. I didn't post the devlogs on social media, but I still wrote them so I thought they should go here.

Thanks a lot for the feedback! Glad to hear that you enjoyed my game.

Thanks for the feedback, and I'm sorry about the error. I checked just then and i forgot 4 (four) letters in the program. Glad you enjoyed it!

Very cool concept! The idea to switch between present/future was already good, but when you added the seeds it got even better and turned it from a platformer to a puzzle game as well. I think the art could have been a bit better, and sometimes I had issues with platform hitboxes, but pretty good overall. A fun game!

Very cute! I loved all the bouncing and squishy animations, and both the fox and the duck looked great. The game started off easy but got pretty challenging, and I liked how the duck could see the future of where the foxes were going. Good job!

Cute game! It was a fun little challenge, and I loved seeing the fish swim along. The story was a great addition as well. I think to add a little more challenge there should be some king of penalty for missing a note, as sometimes you could just spam the keys. Overall a cool game!

Neat game! I liked the little intro at the start and the puzzles were pretty well designed. The music was also really good for the game as well, adding a bit of urgency and tension. The only thing I would recommend is some kind of pop-up when all of your blue men die, as in the first level I spent a couple of minutes trying to figure out why I couldn't get my guy to move (obviously after he had been hit with a laser). Good job!

Cool game! I remembered seeing your post about using a Saurin translator, so I was intruiged to find out about the story. I wasn't expecting Christopher to want to kill the criminals either. It's a shame there was no option to help him, but I enjoyed the story nontheless. Good job!

Thanks for the feedback! I hadn't considered people using non-qwerty keyboards, so I will endavour to add arrow keys/customisable controls after the jam rating period ends. Thanks for the tip.