863 Resurrected
STETT
Discover 863
STETT
863
STETT
Syntec: Deviation
Get to work in this simulator of Syntec UK laboratories.
STETT
Botwave
Co-op Shoot'Em Up with Endless Waves
STETT
Shooter
Svatko: Love is Blind
Survival of the species depends on forced mating!
STETT
Puzzle
Play in browser
GIF
Midknight: Game Jam Edition
A cursed knight in the middle of the night!
STETT
Platformer
Play in browser
Résumé: A Job Interview Simulator
Small and simple game about getting (or not getting) a job made for the Pizza Jam (June 2018) NOW, WITH ACHIEVEMENTS!!!
STETT
Simulation
That One Super Awesome Level
Be fast, be precise and find your way through the maze-platformer-thingy...
STETT
Platformer

At this point - yes. It's an early version of the game and there's not much content inside right now.

@334, please join my Discord (https://discord.gg/ENqDuy, link is valid for 24h) and let me know your username if you have any. I will send you your prize :)

Overall a good entry. Enjoyable. Require a lot more levels and polish but it's a nice game to play in small iterations. Quick tip: Don't wait on timer to finish the level. Try checking if all bombs already collided with something for example ;)

Sadly, there is a Main Character, so no points in overcoming the Minus :(

Reply
The Minus Jam 2020 community · Posted in Can i add a .exe file to my game as webgl doesn't seem to work
STETT2 years ago (1 edit)

I allow it. As you have a link there, that's ok for me. Also, you can add files now.

Hi!
I am so sorry it's starting later (I postponed the deadline as well) but I have a small child I needed to take care of :)

There is no character you control directly. It's vague on purpose so you can get creative with it.

Also, a reminder of the rules:

I was gamedevless for about a year or so and went back into it recently. Botwave is my latest creation and I am passionate about this project. I am streaming the whole process of developing it on my Twitch channel.

Botwave is a couch co-op shoot'em up game with a scoring system. You can play with up to three friends locally. 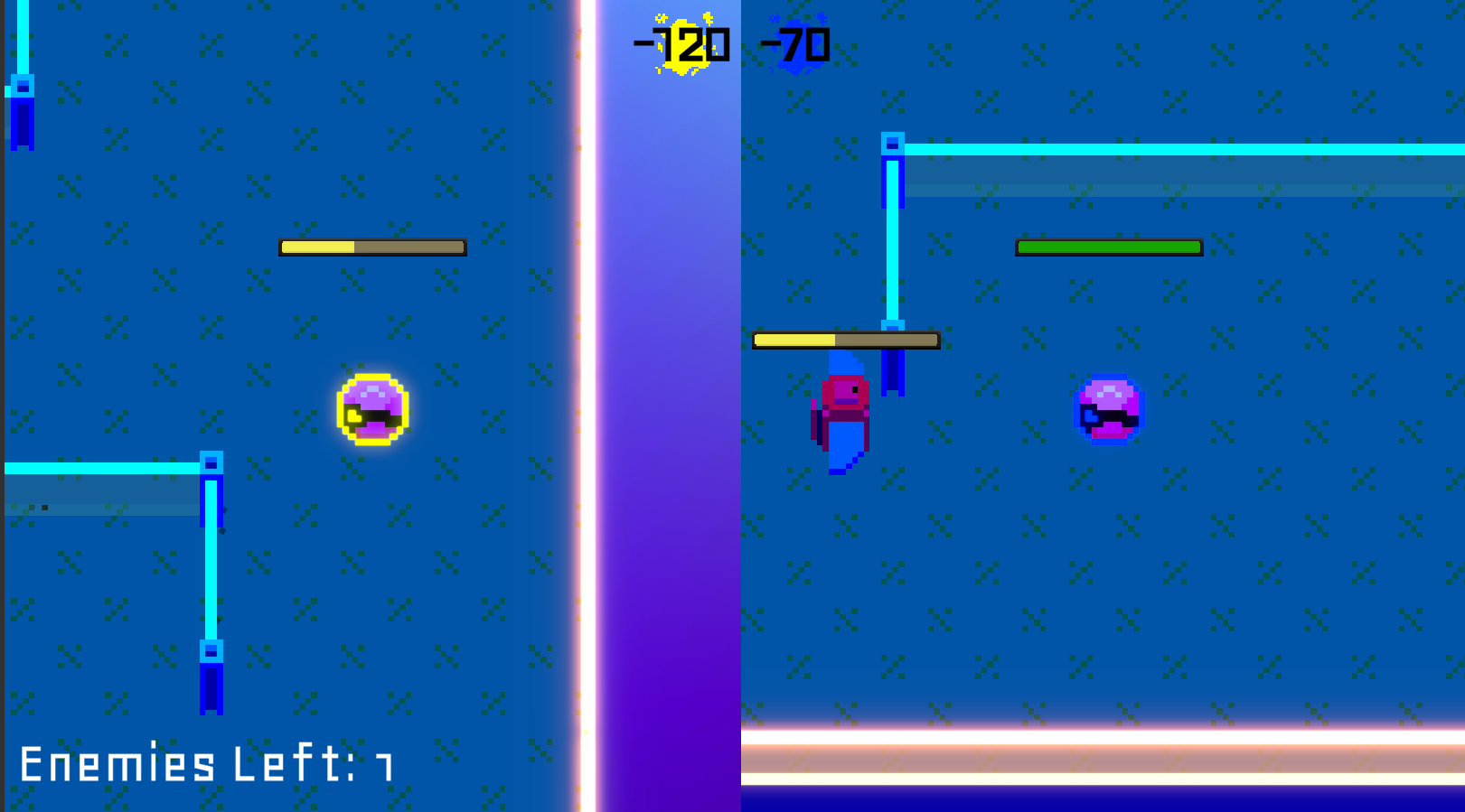 I know it shows negative points... it's hard to make a screenshot with two pads in hands...
This demo was made in two weeks and I will work on it tirelessly for the upcoming months. It's my first multiplayer shooter (and I plan to expand it with some roguelike mechanics soon), so keep that in mind.

I am waiting for your, guys, feedback!

I really like the premise with multiple weapons and enemy types. Bear with me though, cuz there are some things I'd like to see in a full version:

1. Better aim. This is the most critical issue with the current stage. Weapon should be aiming where the cursor is, rotating the character to aim won't work as the gun is on the side.

2. Automatic Rifle should be automatic. There's not much difference between initial gun and the rifle as the time difference between being able to shoot is the only one. It's better to give player an ability to shoot once when they want it but make them able to spray as well.

3. Minimap. The map is helpful but not precise enough as it shows only a little bit more than one can see on the screen itself. Combined with weird aim it's misleading and hard to use with enemies outside of the screen.

For a two-day project it's fun and surprisingly full with different weapons, enemies and the-stuff-player-collect. Some polish and it'll be an entertaining small title.

Pretty nice idle game. I like the uslessness of the items. After day 27 the costs are off-balance with what you can earn and I couldn't tell why I was losing so much money...

Overall - simple but funny game with a nice potential in becoming The Another Great Idle Game Noone Understands.

Nah, man! It's just a title and I have no confirmation about your claim so I won't.

Apparently testing the game on single IP showed a big flaw... The host cannot see meteors, noone could move and the meteors were freakishly fast... 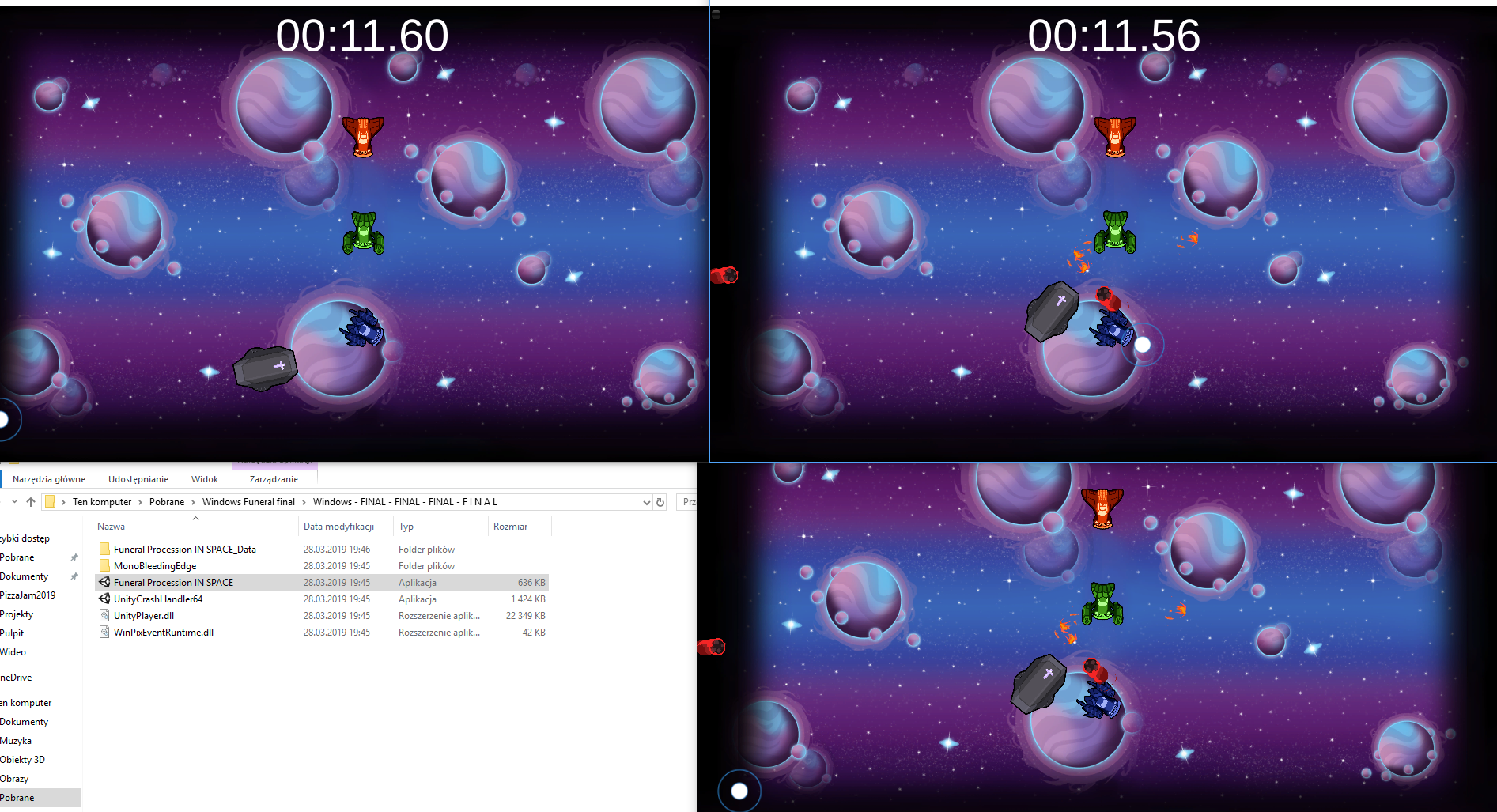 Overall, to summarize everything, I reached a simple but important conclusion:

It's not a singleplayer split-screen game! 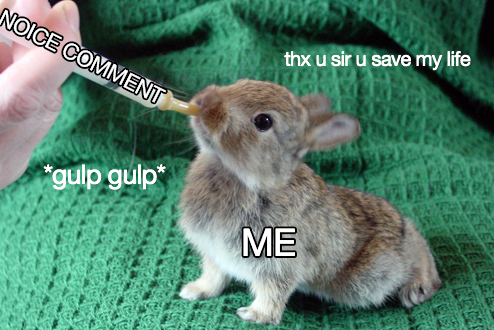 Reply from our artist 😎

Thank you very much! That's some real words of encouragement for the whole team!

To be honest, I was thinking I can make the pit work (I worked on the code) till the very end of the jam but, well... you know the result. We are currently reworking a few things for Version 6 so be prepared for some changes ;)

Our whole team of three is working on the game as we speak, making it better and more filled with content.

Your input is almost exactly on point with our perspective on the game at its current state! We are going to allow player to make their own deck in the future, so the movement will be made separately from cards.

It is an amazing visual novel / arcade. Not really challenging but interesting (especially the philosophical bit). I also respect that additional game design help was buried alongside the helper. Moving stuff...

I cannot not mention the logo being so space-oriented. It looks like some company's that sends people to space! Someone should make a game about it... Oh, wait...

Thank you very much! We're working on improving it quite a bit. You can follow the process on the Updated Version of the game :)

Thank you for the feedback. The game was quickly put up together with many troubles on the way.

We're currently working on making this more like a proper game than just a concept but that's what it is right now - a concept, gameplay demo.

Your input is significant and we will focus on the elements you mentioned. Thank you for your time!

Have a good day!

Will my belief that a pineapple is superior to every topping be considered a sincere one?

Thank you very much! We had pretty narrow time frames to work on the game during the week and we're glad you like it.

Thanks! We're glad you find our little gem entertaining :)

I'm glad there is another Pizza Jam. It's not an expected jam but a pleasant one for sure!

Hey Feldo! Thanks for the info. I will work around it soon...
I am currently working on procedurally generated levels and first stable technical build of my attepts is out :) Try it out when you find some time!

Just THANK YOU, THANK YOU very much!

PS. My ratings will be available after the voting time is over.

* - apparently MECHANIC is not a singular from MECHANICS... The name may change slightly in next edition...

I would love to see this game as a mobile time-waster!

Whatever you do to avoid or overcome limitation will do.

Reply
The Minus Jam (Minus Mechanic Jam) community · Posted in Rules?
STETT3 years ago (1 edit)

1. no pre-made assets (exception for public domain and open source art and music).

3. Yes. Game can be worked on and sold after the jam. It would be nice if you mention the jam in game but not necessary.

6. I am judging the overcoming of the Minus Mechanic. Everyone who contributed can vote on two other categories: Fun and Potential.

I will also update the game page.

Here is this jam's Minus Mechanic:

I want your games to be challenging both for you to create and balance them (but focus on the first part now, you can balance it later) and for the players to... well... play them.
Attacking is the basic mechanic of all and is used in almost every action-based game. Removing it will make the game more like a puzzle or an arcade game than an intense explosions-filled, infinite action sequence.

So, here are the Minus Mechanic rules:
- player cannot deal damage to any enemy in the game
- attacking enemies is allowed but not directly (i.e. via punching and stuff)
- other interactions are allowed

And, of course, a standard set of rules:
- freedom of game engine, language and software
- freedom of using open source graphics and music
- no pre-written code
- availability on Windows and/or browsers

Thank you! It mans a lot to me as I am no artist really :)

Hey! TGC is in Very Early Alpha available now. Check your email if you want to join :)

The game is called The Gamedev Company and, as the name suggests, is a simulation of gaming company. Kinda like Game Dev Tycoon that was an inspiration.