Thank you for playing and the feedback!

I forgot about the invert options. I could have done them easily when I made the sensitivity stuff but I didn´t...

Anyways, I put all the stuff on my todo list for the next update ;)

I decided to make it a paid game ;) The update is still planned, but I don't know when it will be ready.

I implemented systems to prevent rollovers and some other small physics related problems but nothing for falling through the map xD How does your tank end up upside down?

Thank you very much :D I really appreciate it.

Right now I am working on something else but in the future, I definitely want to update the game (for example a boss-like enemy at the end of every 10th wave or so). The hull-turret rotation HUD element is a nice idea and I am going to add along with the other stuff I have planned ;)

I made Carpocalypse with a colleague for a university project/exam back in 2017. I kind of forgot the game but I finally uploaded it, so you can try it out.

I hope you have fun playing it :D

I made some small adjustments if you are interested :)

I made the font myself (the first one I ever made), so I know there is room for improvement xD

For the colors, do you have more of a problem with ball, paddle and particle systems (all the flashy things) or with the general composition? ;)

I am currently implementing a complete Actor Pooling System for everything that is spawned at runtime to increase performance ;) It is working good so far and only the ai tanks and projectiles are not yet pooled.

Some cruise missile gadget action at the end xD

The game looks awesome :D The idea works great and it makes a lot of fun. Keep up the good work :)

I played the game on widescreen 3440x1440 and I think I encountered a bug with the pause menu. The top options are missing. When I start in 1920x1080 everything works fine. The rest works perfectly fine in 21:9 ;) 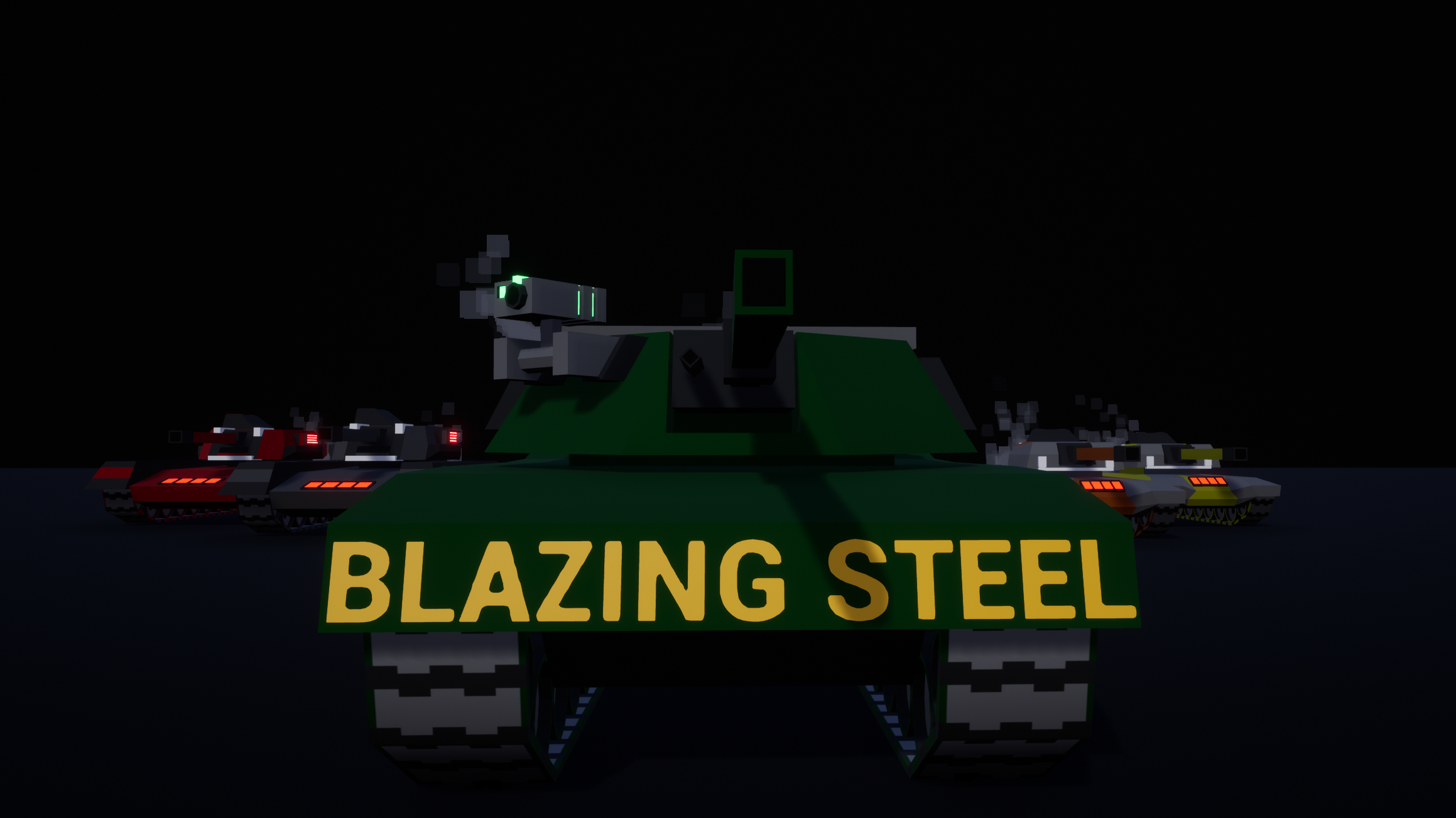 THE SOUND UPDATE
Finally, I implemented all of the sounds into the game. I also released the game with this update :)

I released Blazing Steel, a fast paced third-person tank arena shooter against AI tanks. This game is my graduation project for university and it took quite some time and effort to finish it but now it is ready to be released :) I hope it brings some enjoyment to play :D 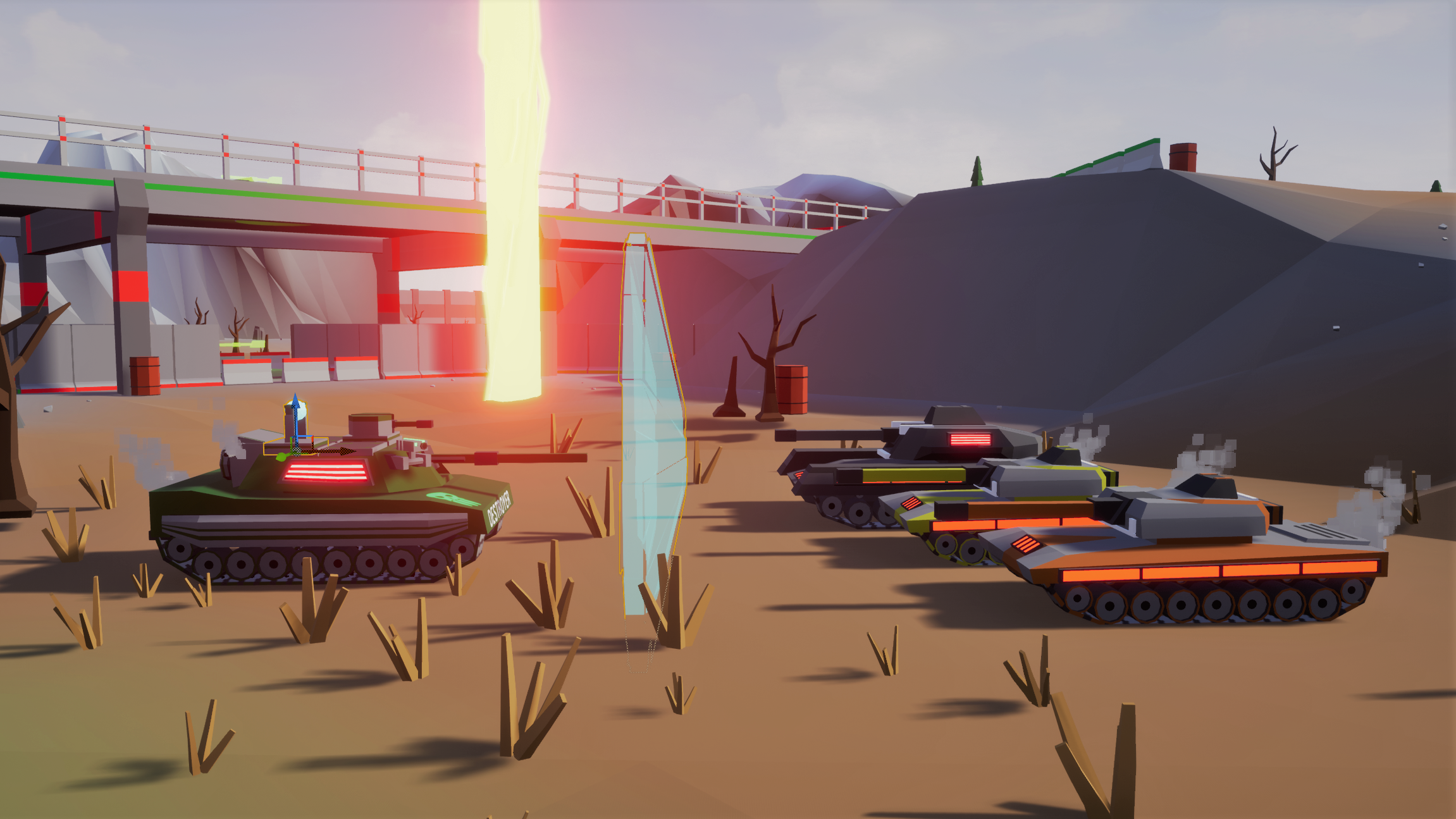 This update contains a lot of small fixes, improvements and gameplay tweaks.

-> The AI works better and is more aggressive.

-> I overhauled the look of the player tank quite a bit. 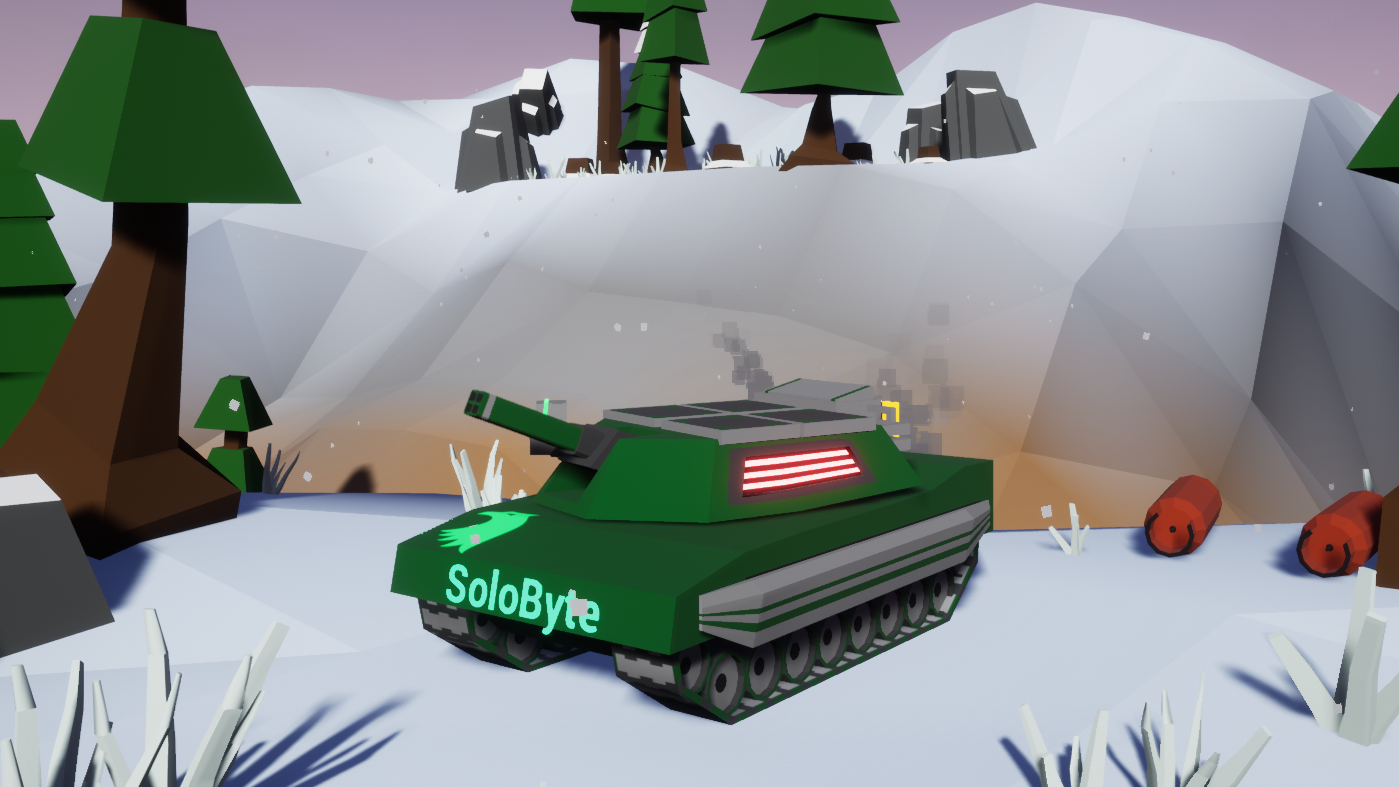 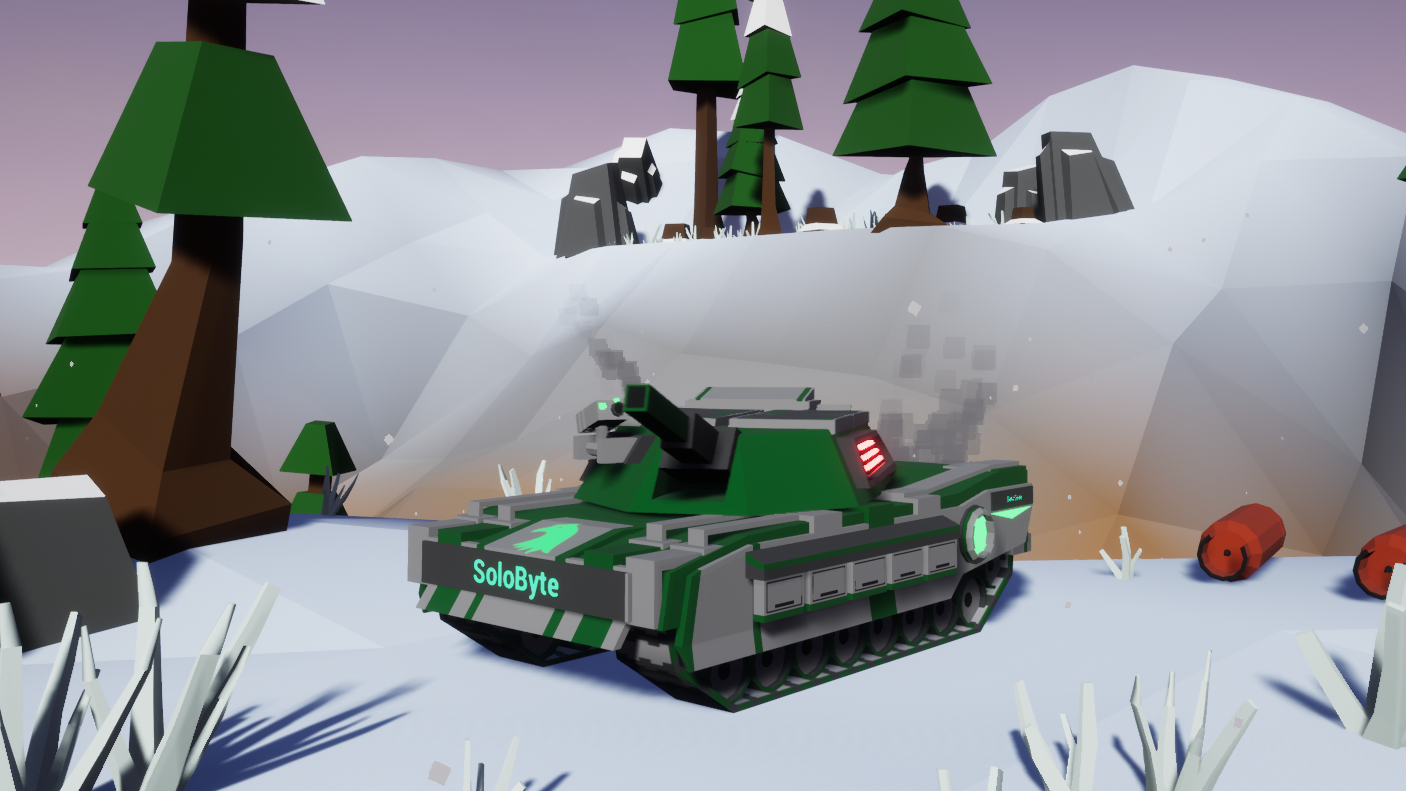 -> I reworked the aiming of the tank and I am pleased with how it works now. The driving mechanics also got an overhaul, which makes the player tank easier and more fun to drive.

-> I added sensitivity options for the aiming with mouse and controller.

The new spawn system is also pretty much finished and works way better than the old one. The enemies are spawned in waves and after the player destroyed all tanks of one wave the next one is spawned. Every 5 waves the enemy tank health, damage, accuracy and fire rate is slightly increased. The overall amount of spawned enemies increases too.

Thank you for reading ;)

I replaced the old defensive weapon system with the gadget system. Now the player can equip the tank with 4 different gadgets. Currently, there are over 20 "Active Gadgets" like calling in an airstrike, increasing the fire rate, generating an EMP blast etc. and 4 "Passive Gadgets" Damage Upgrade, Armor Upgrade, Gadget Upgrade and the possibility of not using any gadget in a slot and increasing the score. Every gadget has its own duration and cooldown and there are some powerful combinations possible!

At the moment there are 4 maps to fight for the highest score. 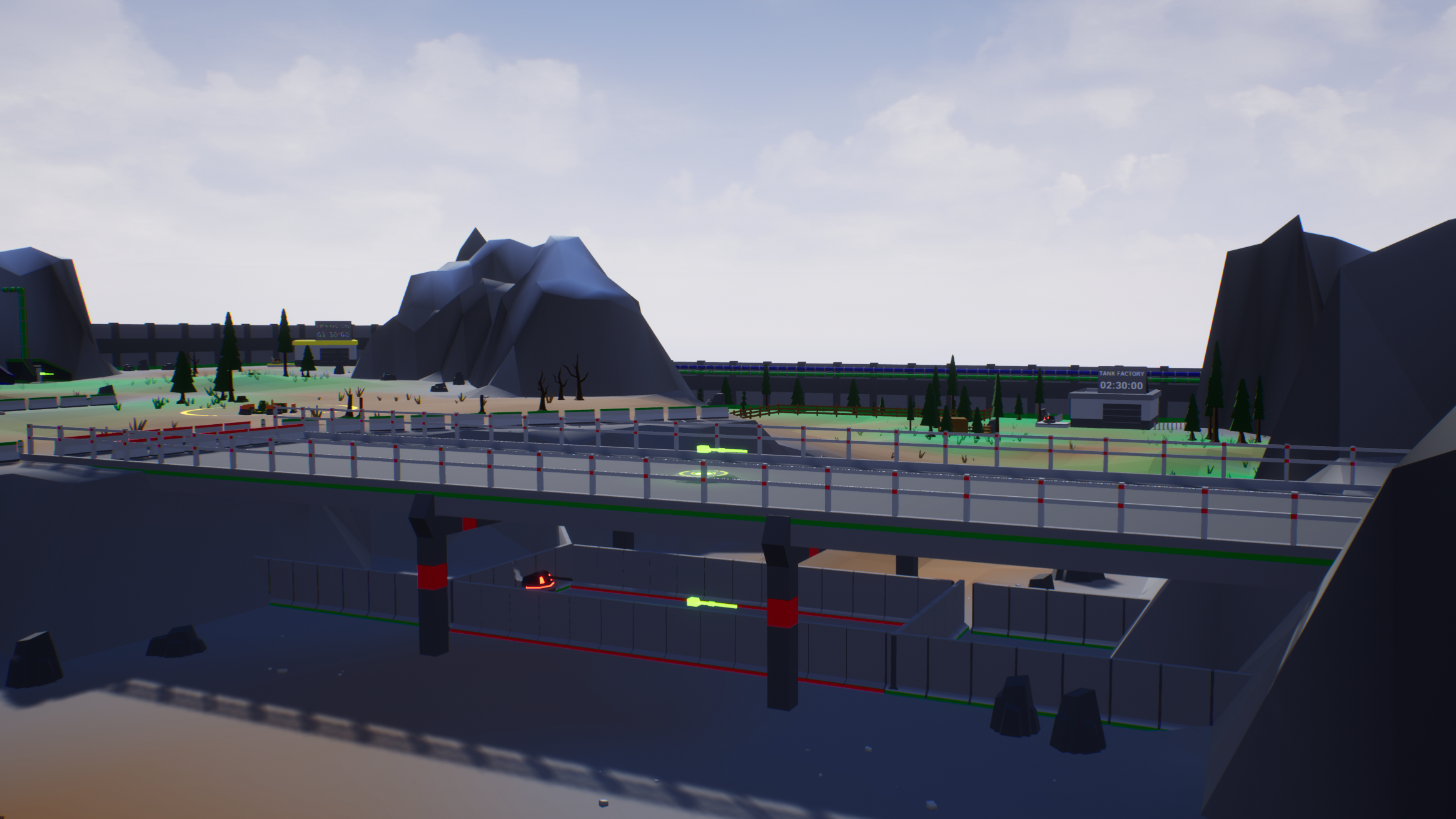 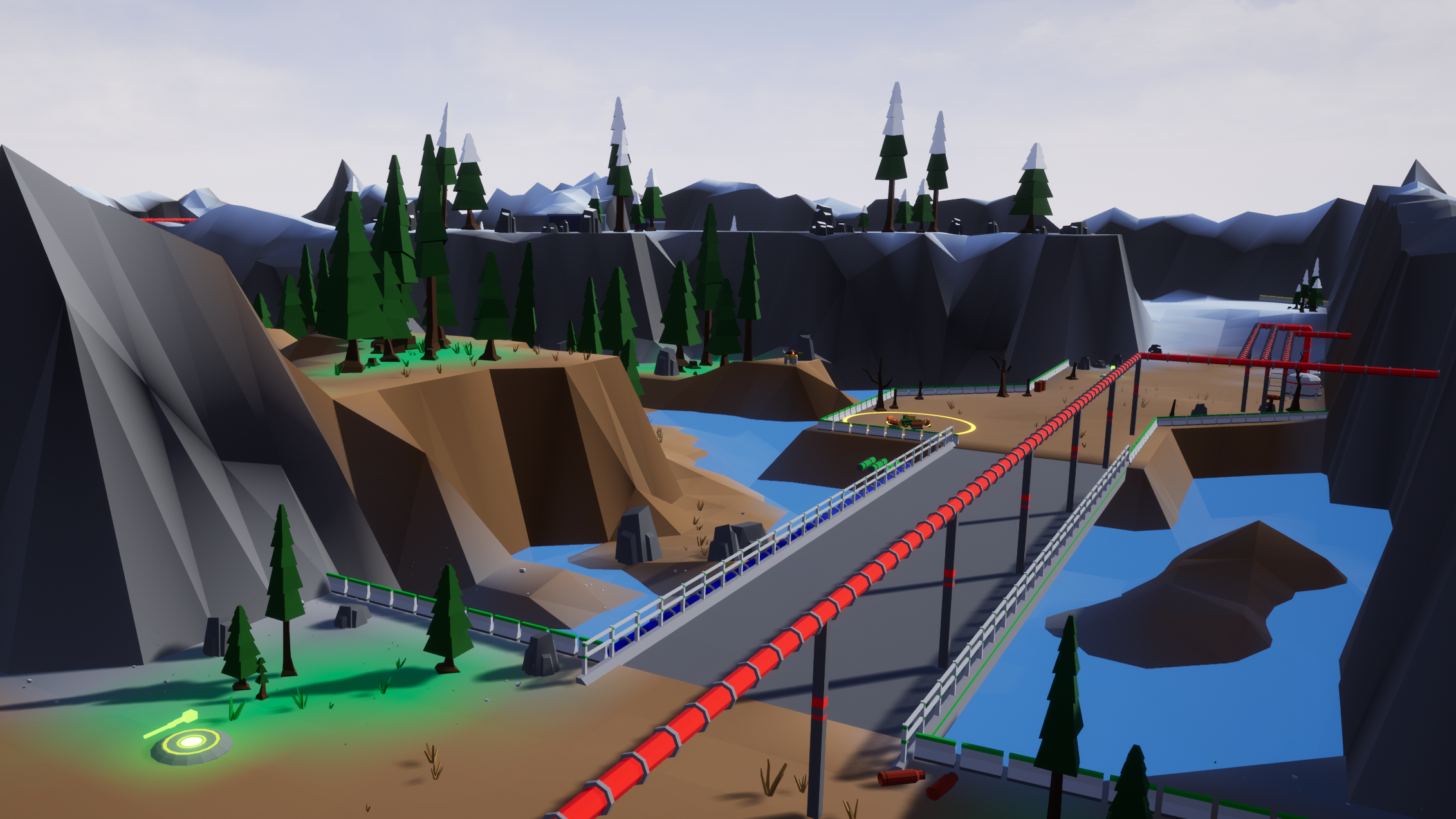 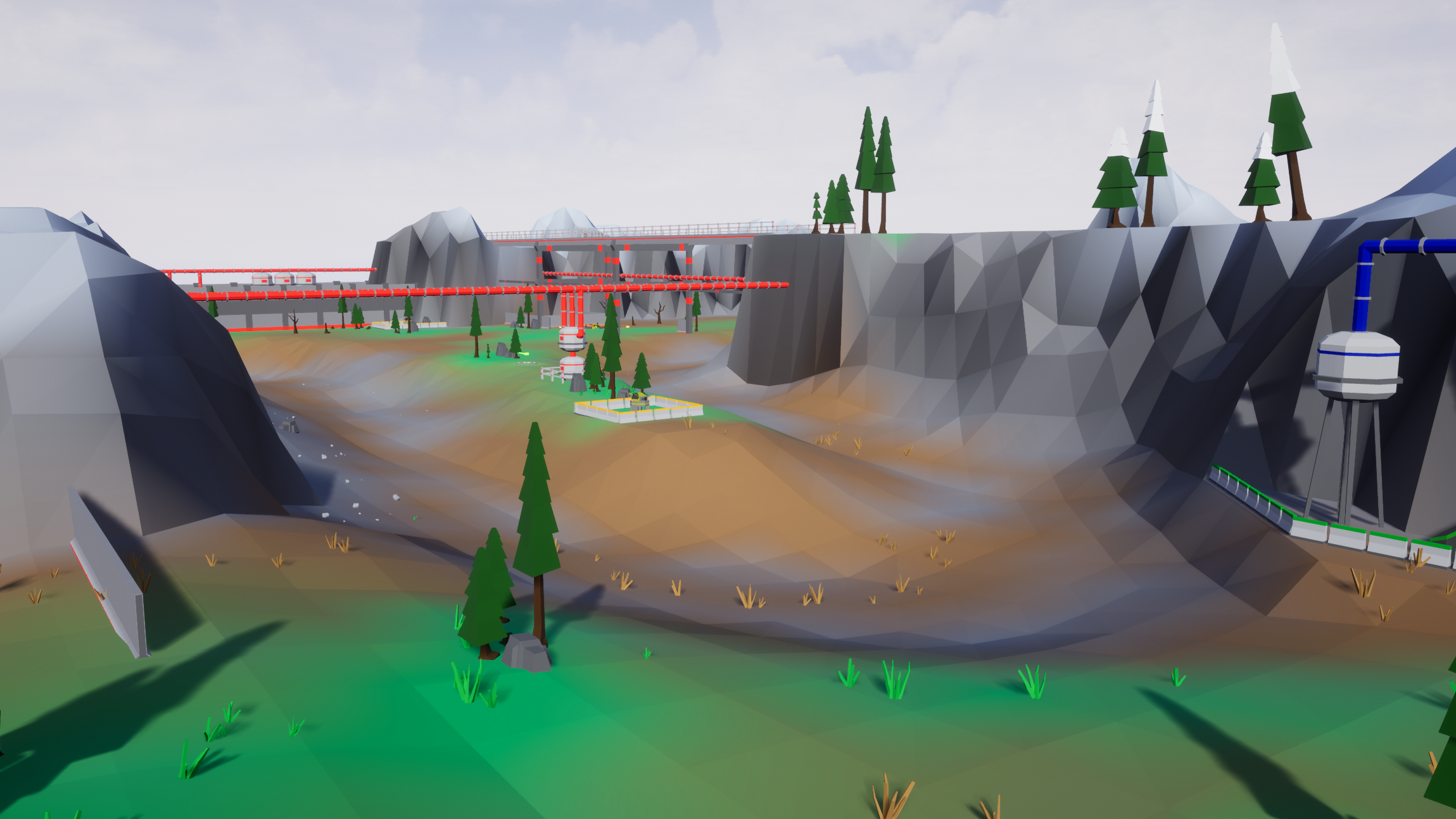 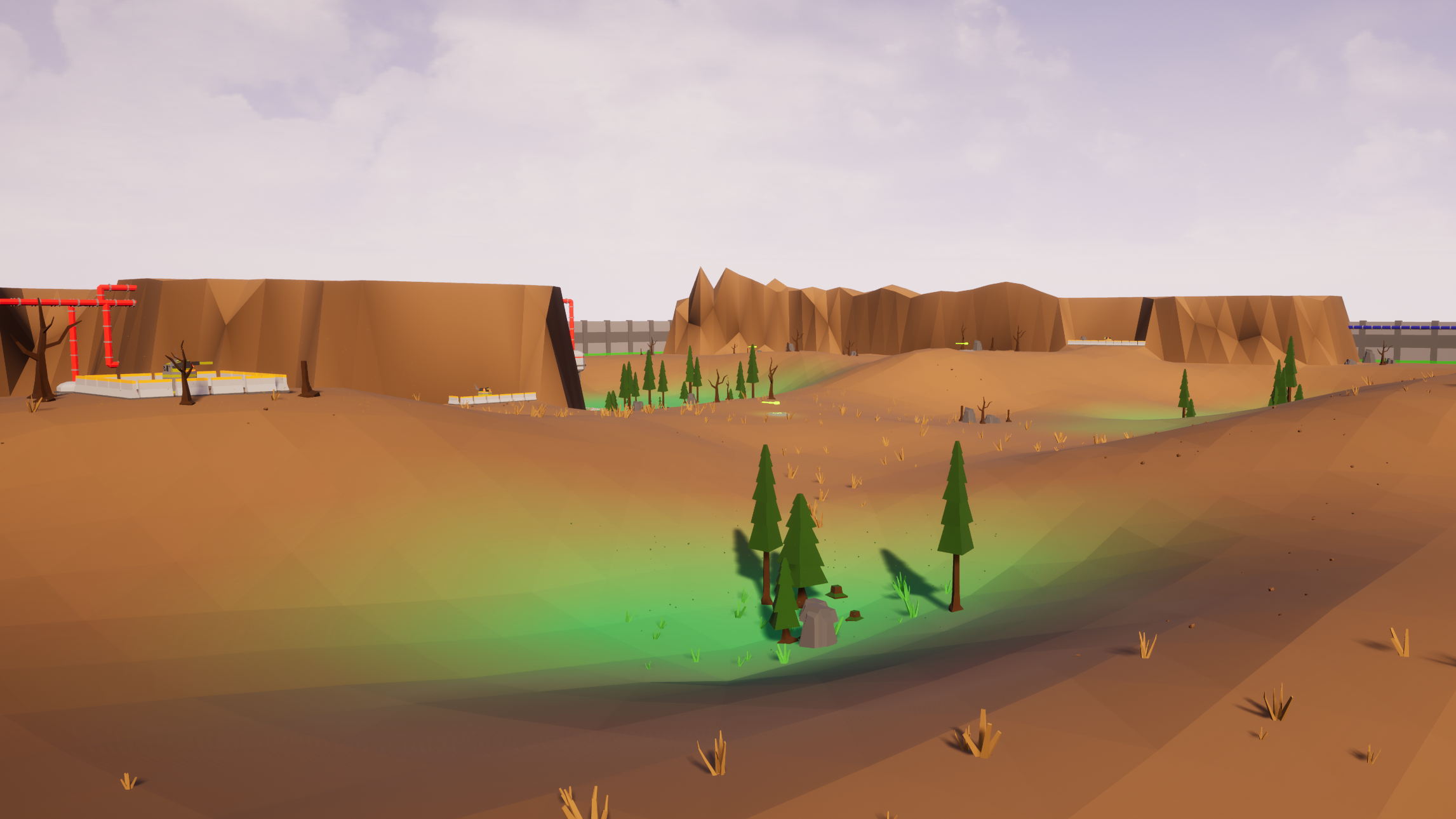 It is now possible to lock a target and the turret of the tank automatically aims at the center of the target. While "Auto Aim" is active, there is a damage penalty applied to the projectile. Auto Aim is best in close range fights.

I created a different reticle for each barrel.

I also implemented a stun system, where each weapon has its own stun power. A stunned enemy is "turned off" and can´t do anything while stunned.

-> driving system of the player tank

I am going to rework the spawn system of the enemies, to have a nice wave based system, with increasing difficulty. With that update I am probably going to release the game too :D

Over the last week, I improved the enemy AI. Responding and driving is now much better than before and they have different behavior. For now, there is the standard tank which actively chases the player but also keeps its distance. There is also the artillery tank which never really chases the player but tries to get away from the player to shoot from a bigger distance. The last one is a weak but fast tank, equipped with a shotgun or fast firing weapon to fight the player in close proximity. 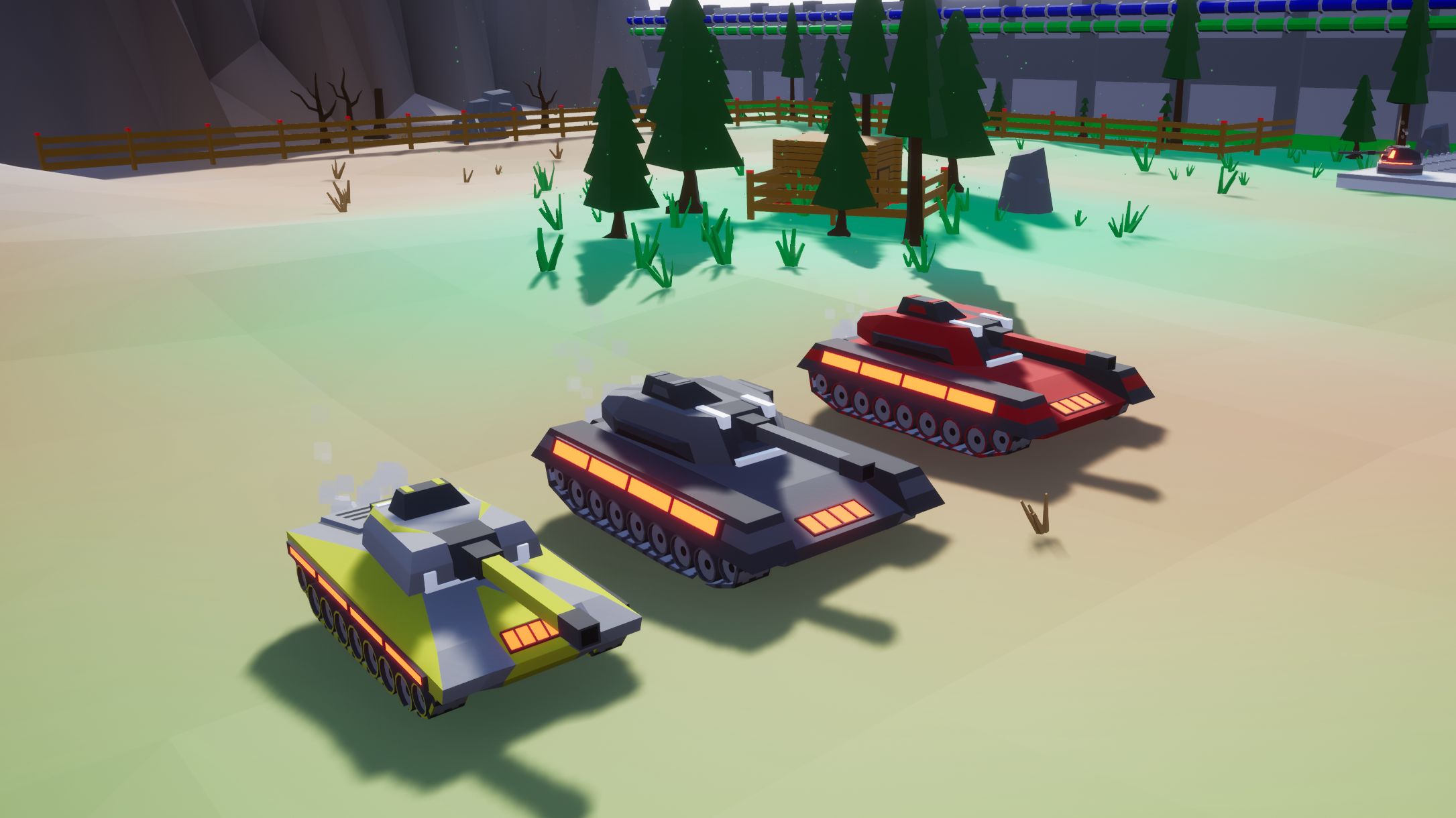 That is how the tanks are spawned.

The different tanks in action.

I also worked on UI improvements, new maps, and a brand new Gadget system. I will show them in the next update :D

I have been working hard last week to implement a complete destruction system into the game. So now most of the props are destructible with either shooting at them or driving through them. I still have to tweak a lot of numbers regarding the destructible mesh properties but I am making progress.

In the following days, there will be an update regarding the AI in the game!

If everything works as planned I am going to release the first playable version of the game in about a month. :)

The gas canisters and exploding barrels are also working with the destruction system.

I implemented auto turrets into the game. They have a range where they engage the player. If the player hits a turret, it doesn´t matter how far away, the turret is going to shoot back at the player for a fixed amount of time. After that, the turret goes back into idle. Turrets can be deactivated by damaging them enough.

Currently, there are 7 different turrets.  The main difference is the mounted gun.

Turrets changing from idle mode to engaging mode and shooting at the player.

The turret is shooting back even though the player is not in range.

The player can now choose between 4 different tanks and select a name and a logo for it. The 4 tanks are only different in their mobility, health and weapon abilities.

This is my first try of enemy ai. For now, the enemy chases the player (when close enough) or goes into idle mode.

I am currently working on the first enemy tank for the single player. The raw tank is going to look something like this, but there are still armor panels and other cosmetic stuff missing. 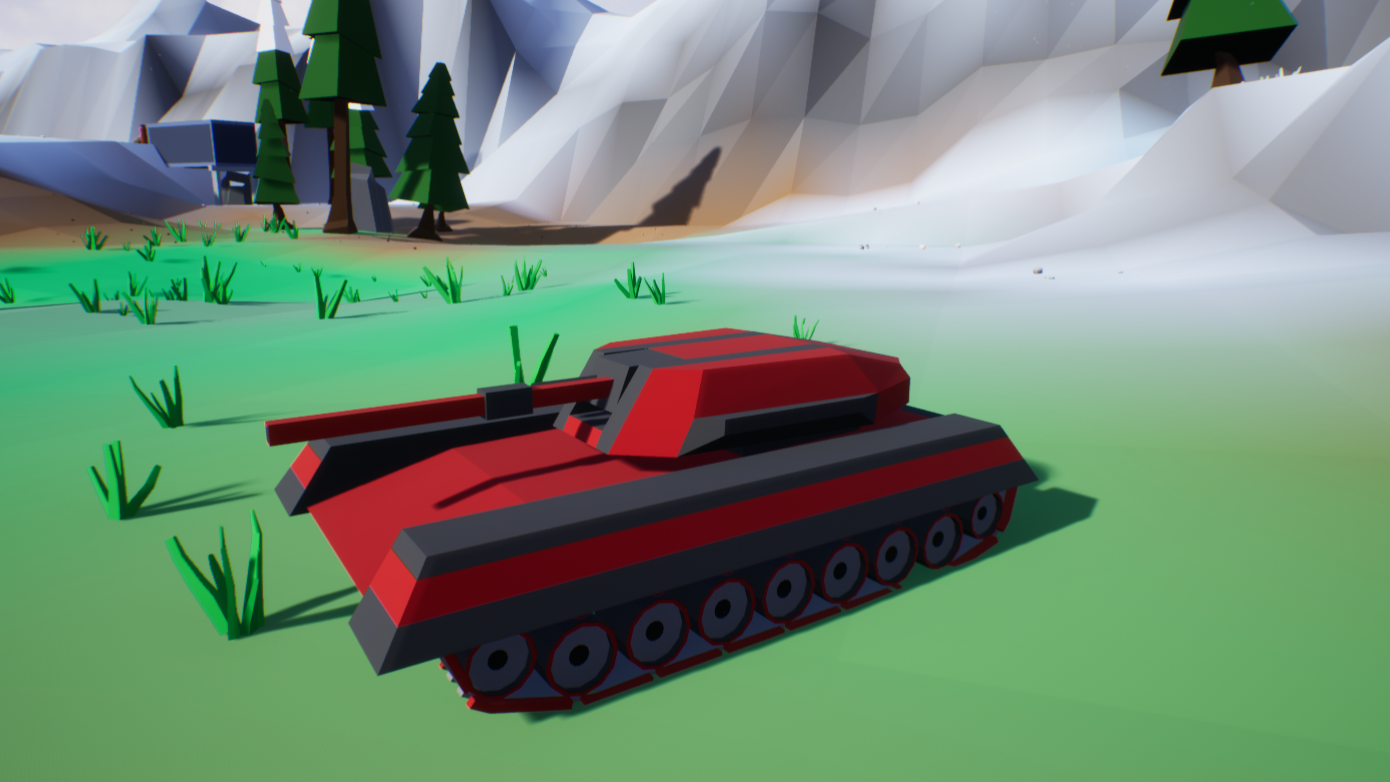 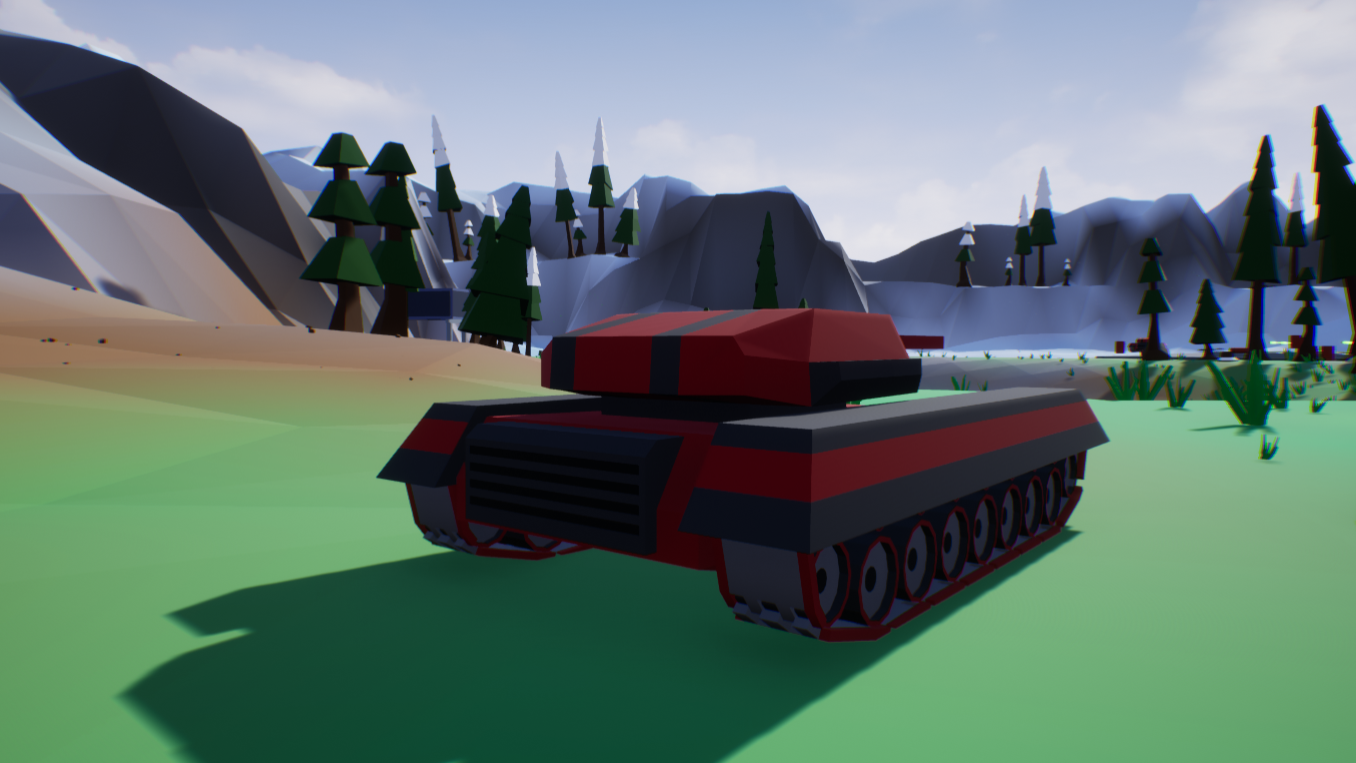 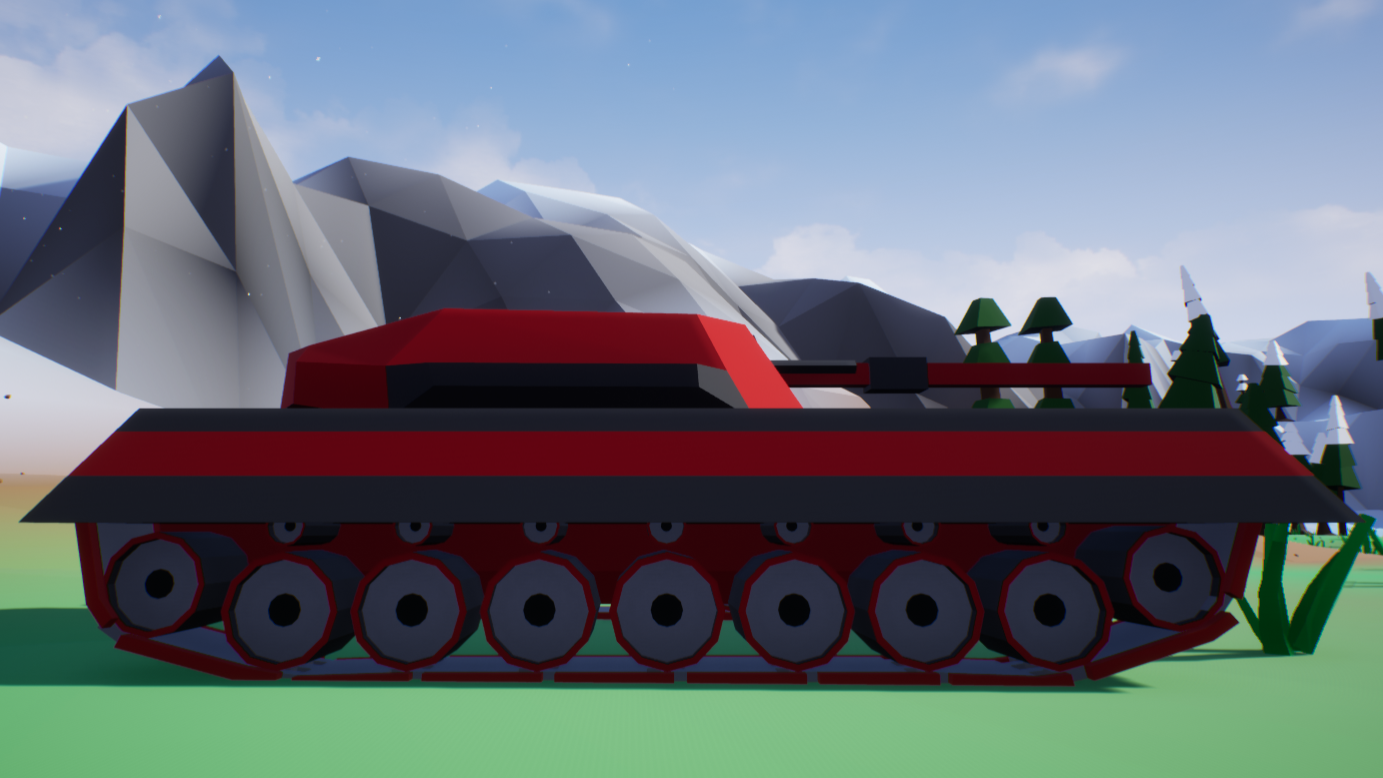 I reworked the complete tank track suspension system. Now there is a constructor that takes care of everything and a designer can just tweak a few numbers and the track looks different, but still works as expected.

Devlog links for after release updates:

I uploaded a game called "Tank Arena Shooter", which is a 2 player split-screen arena shooter. It is more of a prototype or sandbox to test the mechanics and overall feel of the game but there is not really much to do. If you want to check it out for free click here.

I am making a single player version of that prototype called Blazing Steel, which this devlog is about. I am planning on making different game modes, maps, and enemies but there are still a lot of things I haven't yet decided on. As soon as I have the first playable single player version I am going to make a project for you to test out. More info about features and content will be added as soon as I am sure about implementing them :) 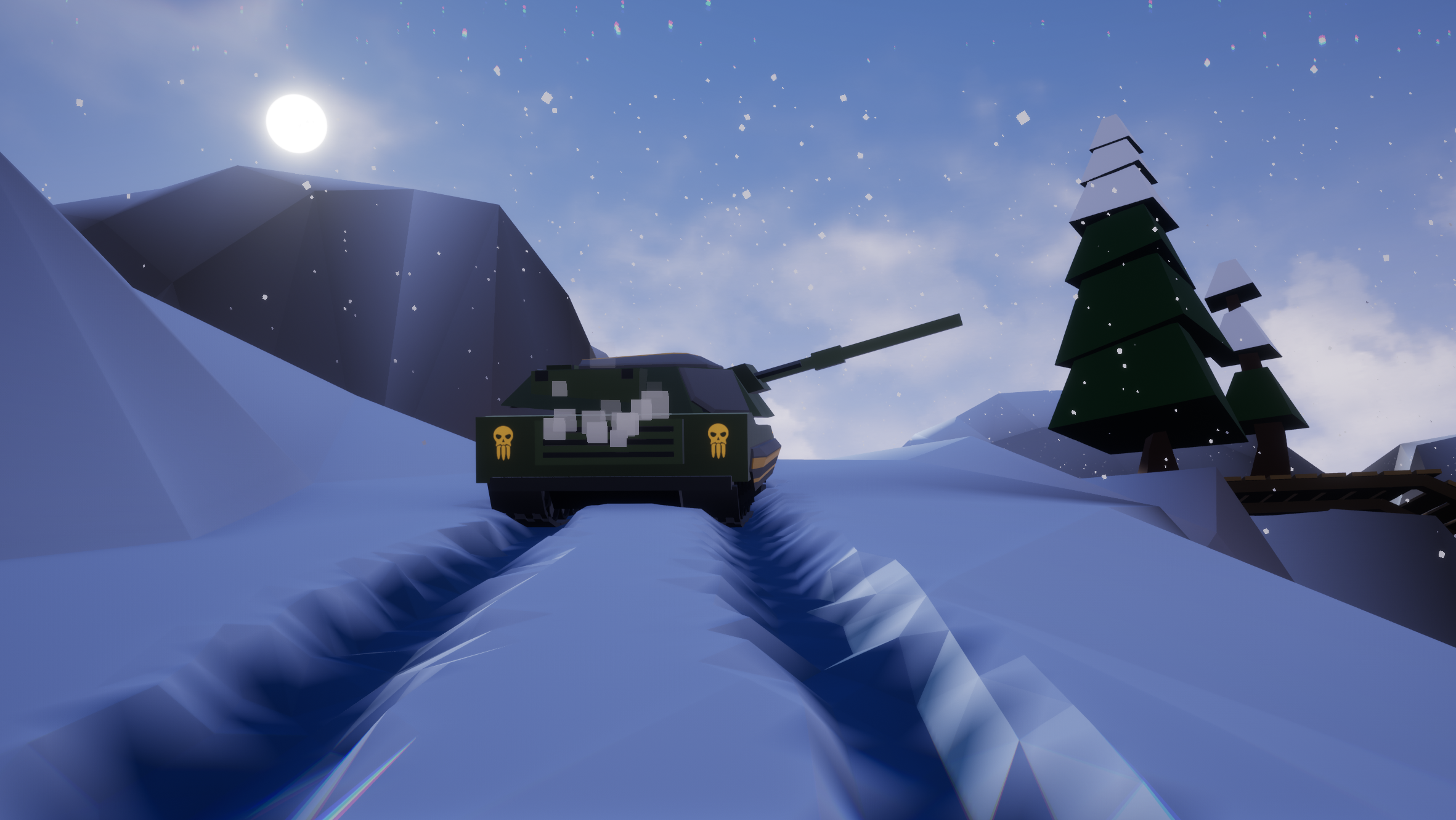 The style of the maps. The tank drives different on each surface type. (Ice, Snow, Grass, Dirt, Stone, Wood, Steel)

I just released the Split-Screen version of my upcoming tank multiplayer shooter.  It is a 1 vs 1 battle on different maps with weapon power-ups and more :) 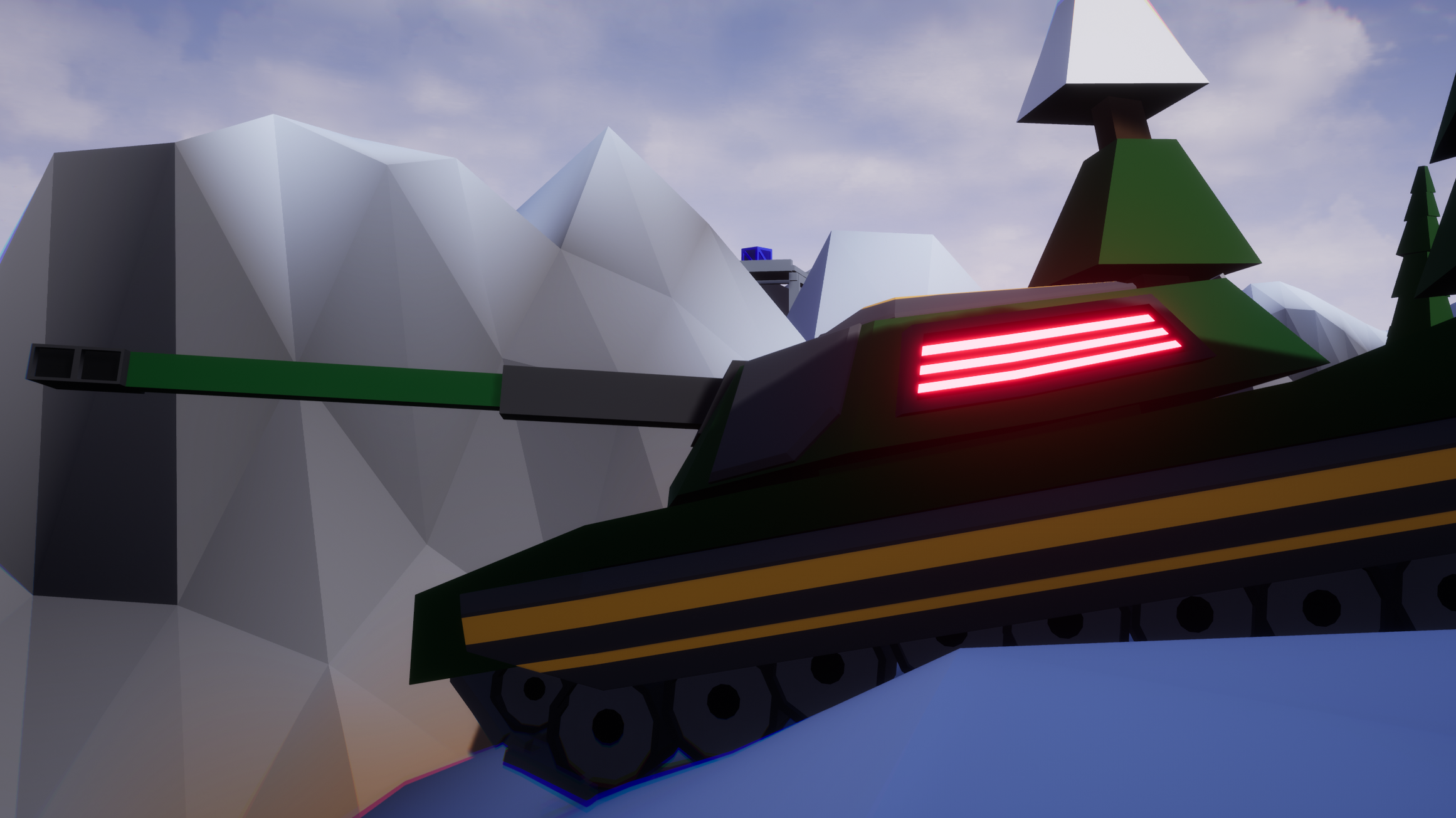 I just released my first game on itch.io. It is about shooting various kinds of asteroids  with a big arsenal of different weapons.  Guns from the standard full autocannon to gravity grenades and even big bouncy balls which explode on contact are all at your disposal. Buy a ship equip 2 weapons of your choice and DESTROY SOME ASTEROIDS! (but don't get wrecked - these ships are expensive) 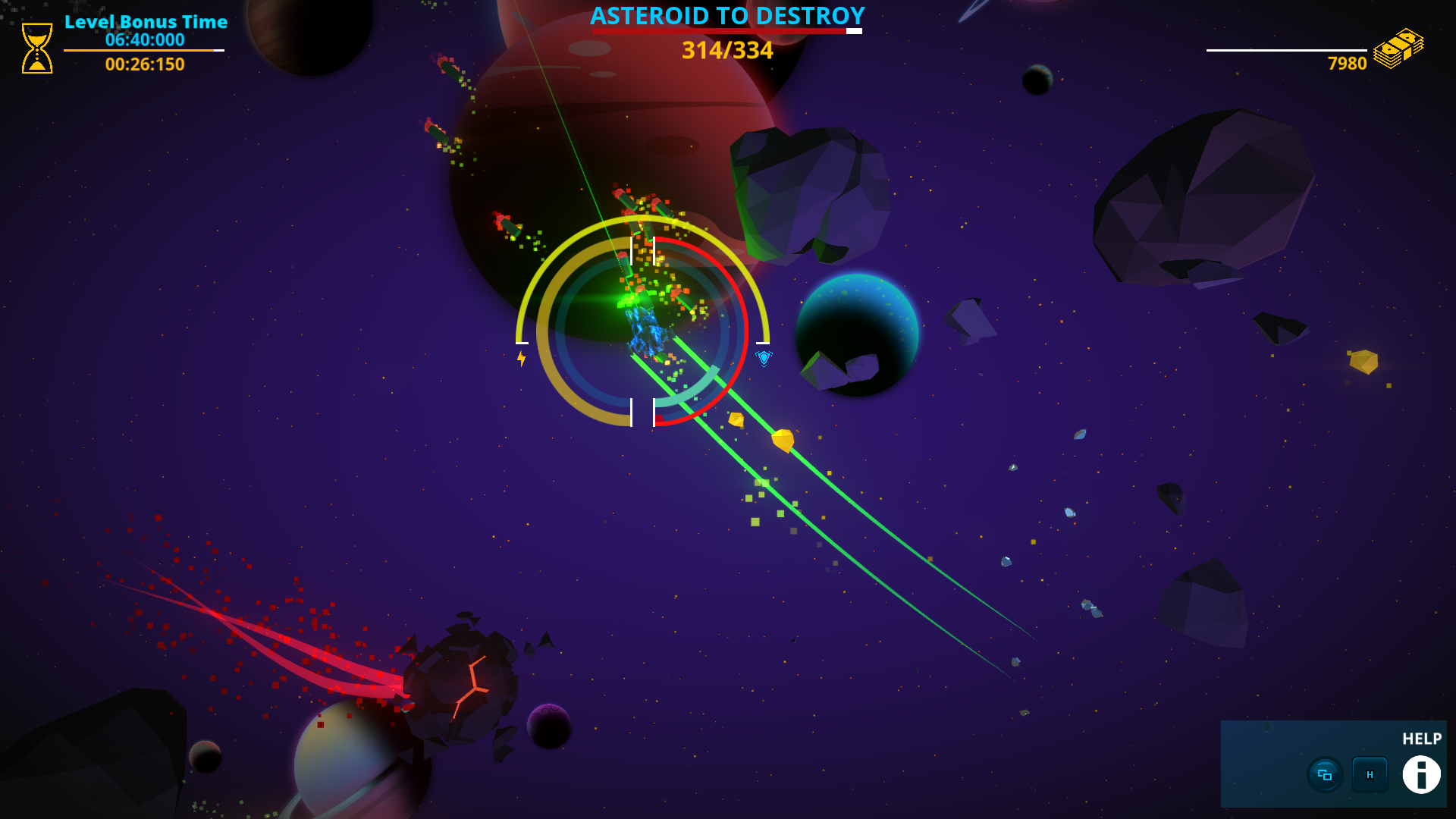 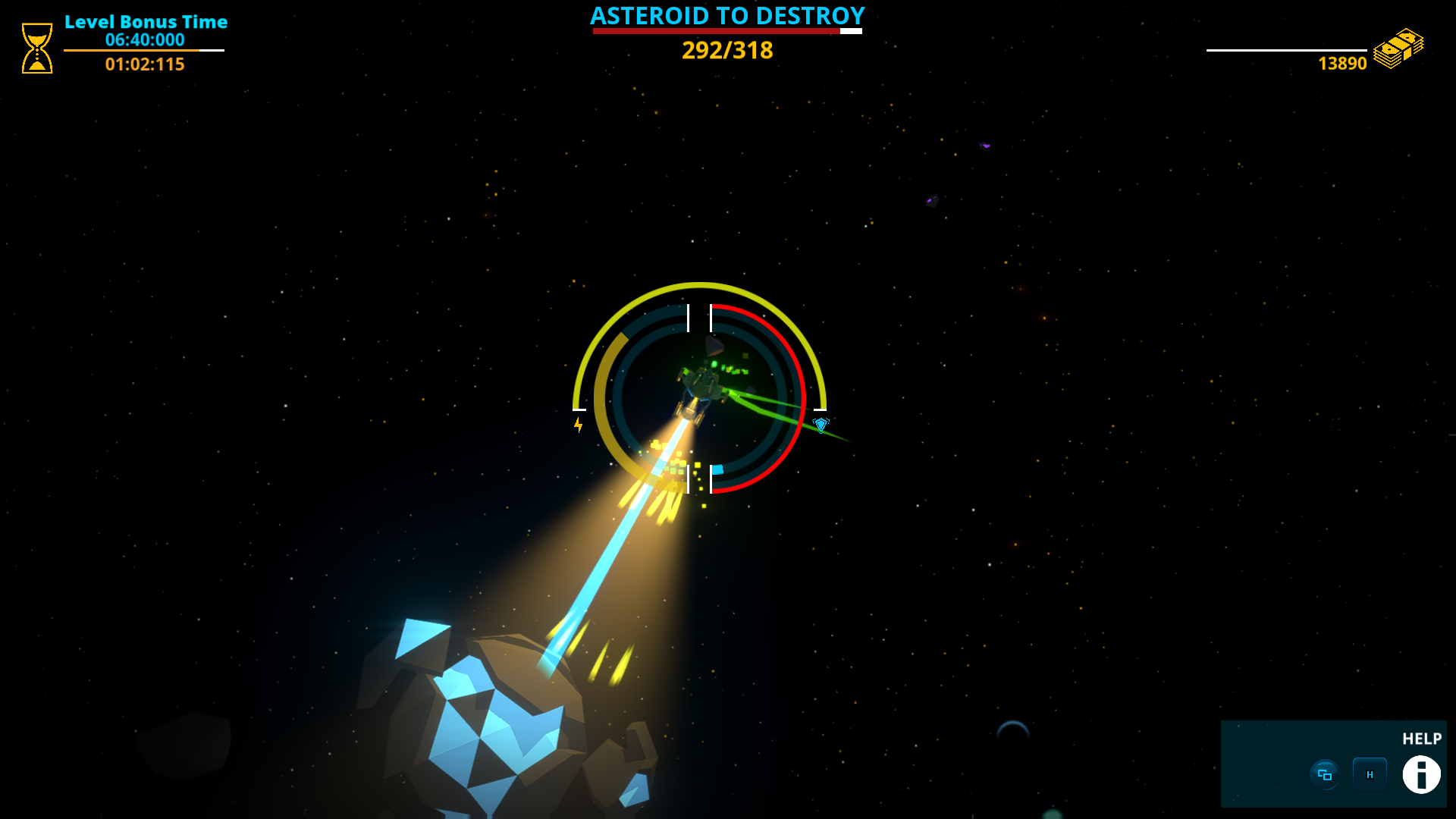