Mini Jam 104: Cascade community · Created a new topic The start of my game for this mini jam: Limitris
sirsnowy7288 days ago

The idea is going to be to fill up the shaded area of the board using the blocks in the order they come. The limitation comes from the limited amount of blocks, and the blocks cascade down ;D 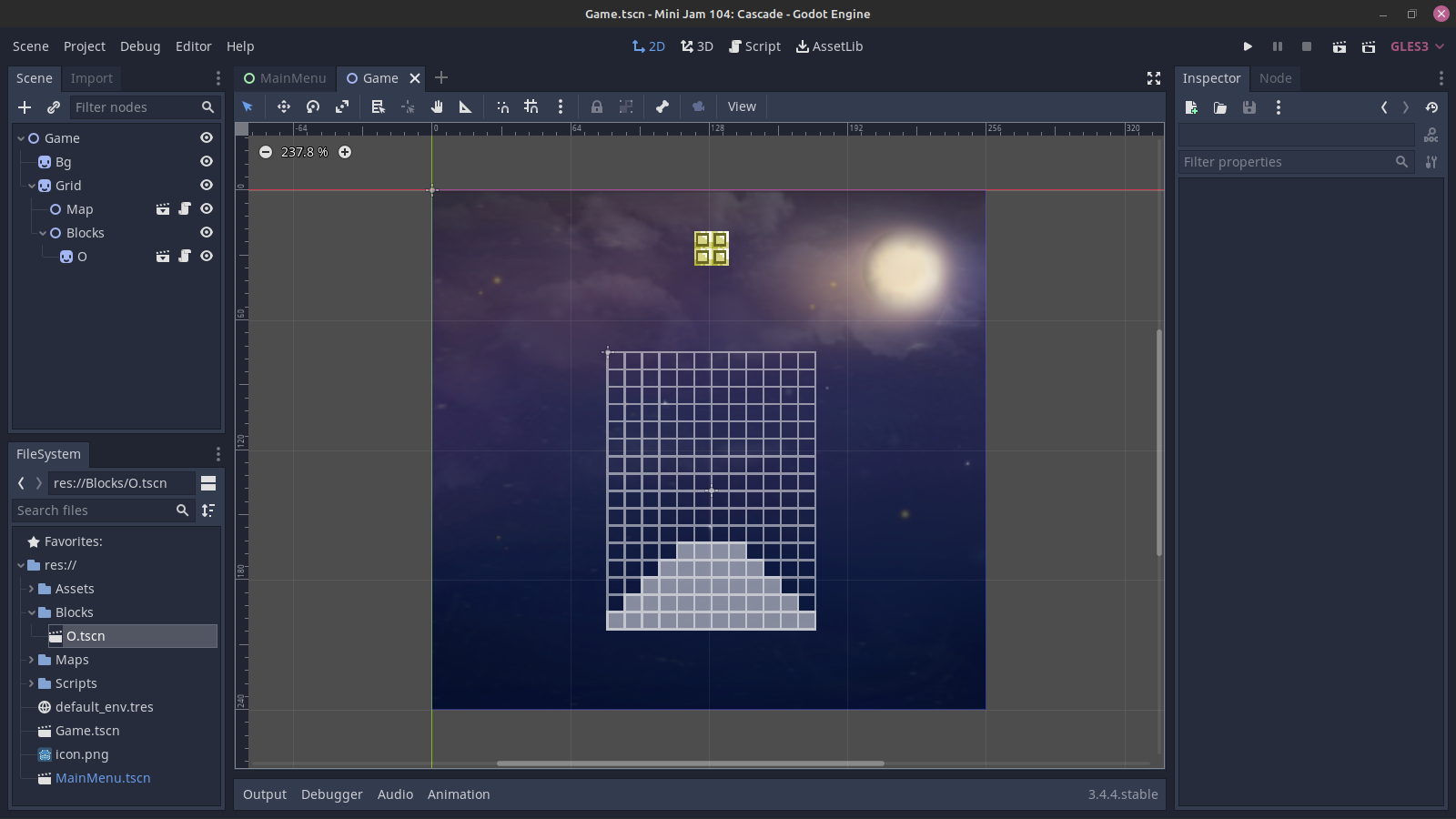 this game is dope

neat little game, think my favorite mechanic was the warp, seemed to add quite a bit of intrigue and difficulty to the puzzles

This was really interesting and you, in the span of less than 15 minutes, you managed to make me feel really, really bad, and genuinely terrified. The way the characters are somehow expressive without really showing it, especially Verm after the "One Season Later" card, is very interesting for sure. I'm looking forward to seeing where this goes and I'm definitely considering helping fund this project, which would make it the first Kickstarter I'd donate to. One criticism I have, though, is the world. The world feels very lifeless, especially being that the only mice you meet are three big asshats. Correct me if I'm wrong, but there should definitely be a few more NPCs in the underground area, some friendly characters would instantly make the world more lively. Also, more moving parts would be nice, some animated bugs or something. More difference in the bricks, maybe moss growing in a few places, etc. Right now the world, visually, is just unbelievable.

P.S. the opening is awesome