Altidudes Presskit
The presskit for the game Altidudes!
RIDENTEM
GIF
Falling Stars
Play as a farmer collecting falling stars. You can't see it, but he is wearing a hat
RIDENTEM
Action
Play in browser
Untitled Giraffe Game
A blast from the past about repairing broken windows caused by a giraffe flinging hammers
RIDENTEM
Platformer
Get DONUT
GET THE DONUT, FULFILL YOUR DESIRE
RIDENTEM
GIF
Mountain Climber
Climb up a slippery mountain and avoid the falling boulders!
RIDENTEM
Platformer
Play in browser
GIF
Windmill
Jump over the death lines
RIDENTEM
Action
Play in browser
Check On My Heart
Dating sim where you date the chess players!
RIDENTEM
Visual Novel
RocketSploder
Created for the Brackeys 10 Minute Jam, shoot "rockets"!
RIDENTEM
Seinfeld Tic-Tac-Toe
A game about nothing!
RIDENTEM
High Flying Beats
Short rythm/Flight Simulator game made for Ludum Dare 41 with no music
RIDENTEM

Thanks for taking the time to include it in your video! It looked like you were having trouble playing, and I understand you were using Google Slides to play as well. I never tested how it would work or play differently if Powerpoint wasn't used, so I am going to take a look and see what I can do to improve it!

Thanks so much for taking the time to play the game and offering some advice! I had no idea that could be done, so I'll work on an update to improve the game as soon as I can!

Thanks for taking the time to play and leaving a comment! Mouse collision is built in to ppt, so if you select any object and then add an Action to it there are settings for if an object is clicked/hovered over.

Sorry I didn't respond sooner but I agree! It was just something I didn't even think of in the last moments but it's there now 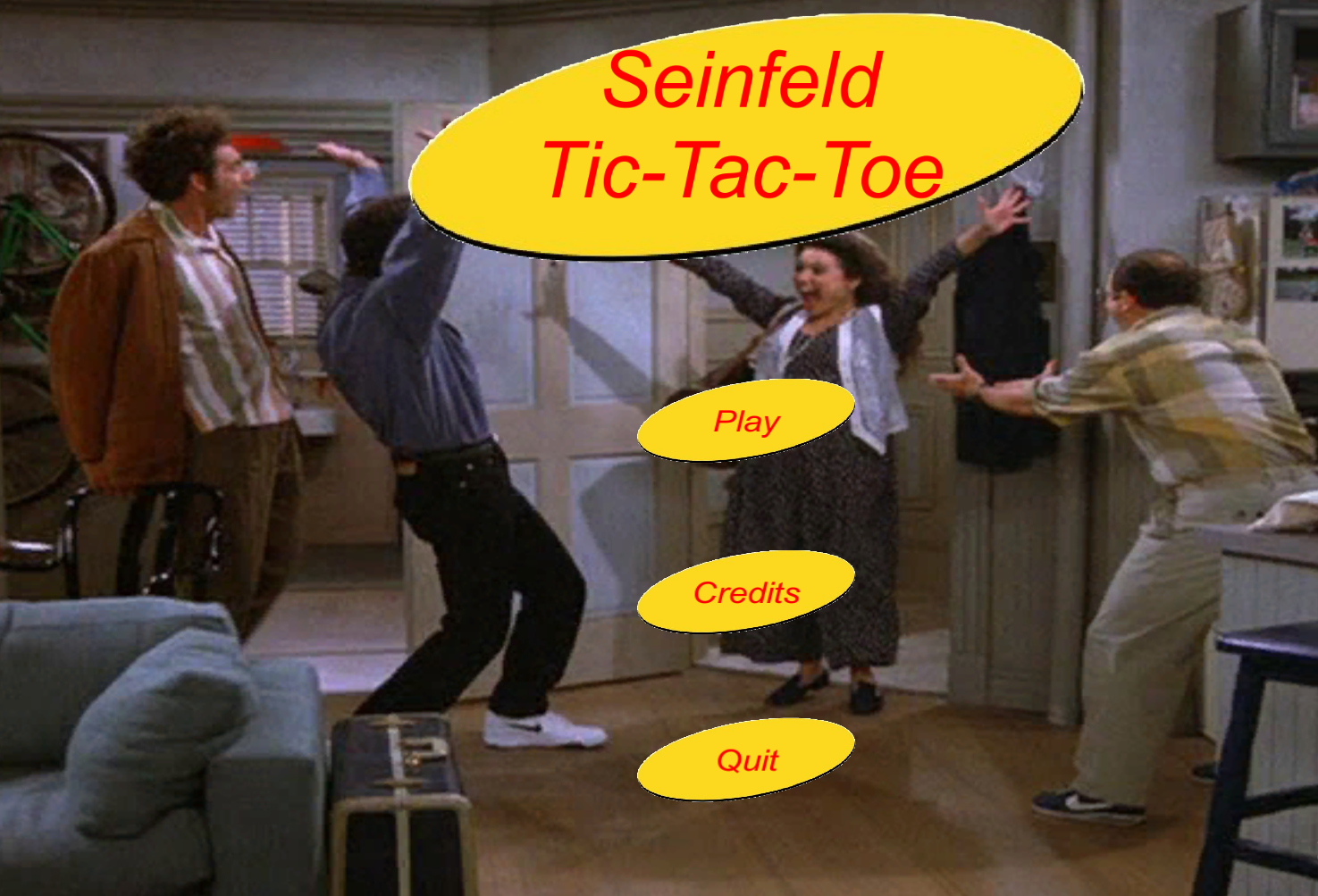 A game about nothing, I released this a couple of days ago but never made a post about it so I am doing it now.  Originally this was supposed to be part of an interview process which I was rejected for, so I made this as a silver lining and to prove that I could do it.  I then turned it into a Fathers Day gift as I saw what it was turning into so if you like Seinfeld I hope you get a kick out of it!

Just simple Tic-Tac-Toe, there is no networking or second inputs so ideally two players would take turns and play with one mouse, or by yourself if you roll like that.

Finally, everyone is required to buy this