sysOp's modular synth album
Walk around to listen to Modular synthesizer music
onkelarie
Jumpman
Diamonds are forever, so bring 'em all to me!
onkelarie
Platformer
Bulletron
Be the one to give a final blow to a battle already lost
onkelarie
Shooter

This is an awesome game:) I love downloading trivial stuff!

Good work on updating the game:) Nice to have the standalone versions available as well now:)

No, placing troops was very straight forward right from the start:)

Awesome, well done! Support payment has been sent, thanks for making such a fun game!

Reply
TIC-80 community · Replied to Slugzzz in Why?
onkelarie4 years ago 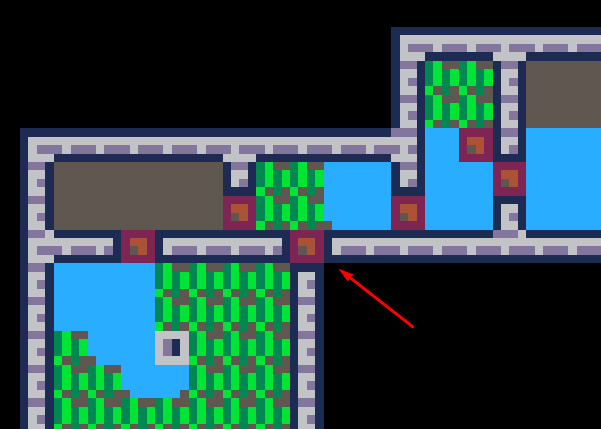 Awesome! I did manage to get some weird results, where a door was placed exactly at the crosspoint of three walls. In this example there's also a door in a pool of water. But hey, that might be a trap:)

A small token of appreciation is paid, very cool stuff!

To get rid of the cmdline popup in windows, you could also opt for this script and name it RUN_TIC80.vbs (again, be aware of the space before the final dot on commandline. Also, place this script in the same dir as tic80.exe):

Nevermind the param error popup that follows when starting up. The dev already fixed that issue and will be solved in the 0.70.+ release of Tic80.

Reply
TIC-80 community · Posted in Why?
onkelarie4 years ago

I think Tic80 can coexist with Pico-8. It has a different aspect-ratio screen, more memory than Pico-8, more room for sprites, etc.

True, the tight restrictions on Pico-8 makes coding 'bigger' games more of a challenge and actually forces you to think carefully about design, both functional and technical. And let's face it: Pico-8 is one helluva platform to develop in and play games (not even starting about the excellent community around Pico-8). But IMHO fantasy consoles with different specs are more than welcome, because competition in such a field as this keeps the devs on their toes. That's ultimately a plus for the end users.