Hahaha well I understand nothing of programming and the like, but if u say so 🤭 by what I've seen so far other developers agree tho.

And yeah, not beats being under your covers. And, if the VNs makes u aroused, u r already in a comfy spot to rub one 🤣🤣🤣

FINALLY!!!! I'm a mobile user, so u thinking about my (and other users) visualization is awesome ❤️👌🏻🙌🏻

Just the option to skip and rollback warrants 5 stars 🤭

Is there a link for the old androids version? 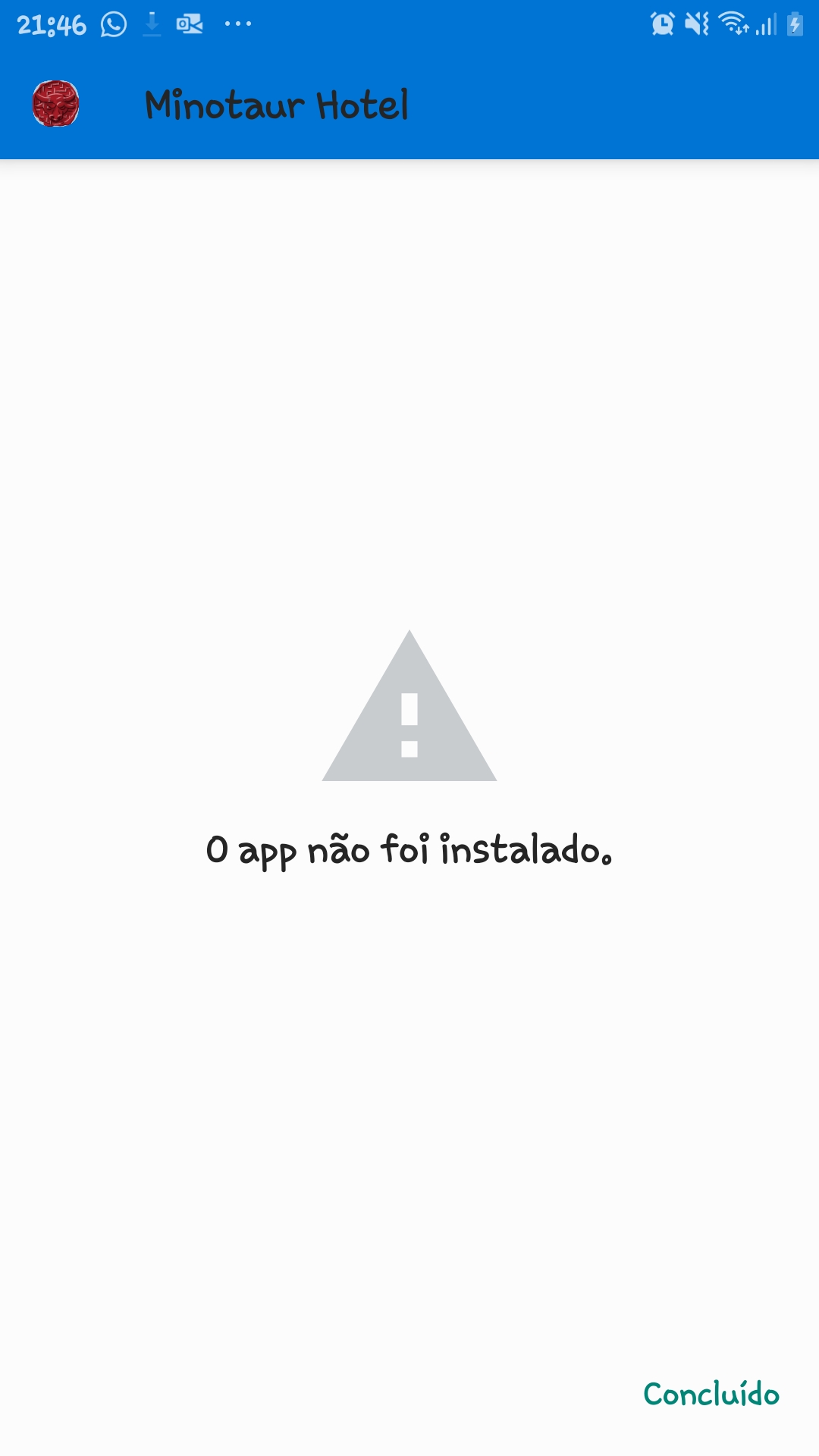 uh, thanks I think 🤣

If I'm really cute u could always buy me dinner :P

U top dozer too? Unexpected.

I feel u. I was hoping that Marshall would be dateable, but he wouldn't ;-;

Maybe there would be other characters along the road ... Hope is the least to die hahahah

oooooooh :( that's sad. At least his son is cute 🤭

Hmmmm interesting. What about Marshall tho? 🙃 Can u get intimate with him? He really piqued my interest 😈😏

it's good so far. I recommend :D

It's not a shame tho 🤣 stop being dramatic

And you're gonna see the similarity of both MCs :P

I think it's better we talk trough a chat or something tho. Do u have discord?

now you laugh at my expense? That's not funny. Ur gonna pay for it 😏🙃

Maybe the MC actually don't have a dick and it was all just a disfarce? 🤣

That's almost like a catchphrase that I use in bed 😈

u got to see both sex scenes? Spencer can bottom or top it seems. I haven't seems him top yet. I'm gonna look it after...hehehe

Hmm it does makes sense. In Parker route it's pretty obvious that Marker wants a piece of you hahaha and Gil too, if he still likes you 🤔

Never did with more than 1, but I think I can manage. At least I guarantee myself that one of them would want more after hehehe

That was unexpected lol

I'm feeling like the MC when ppl don't understand his jokes 🤣 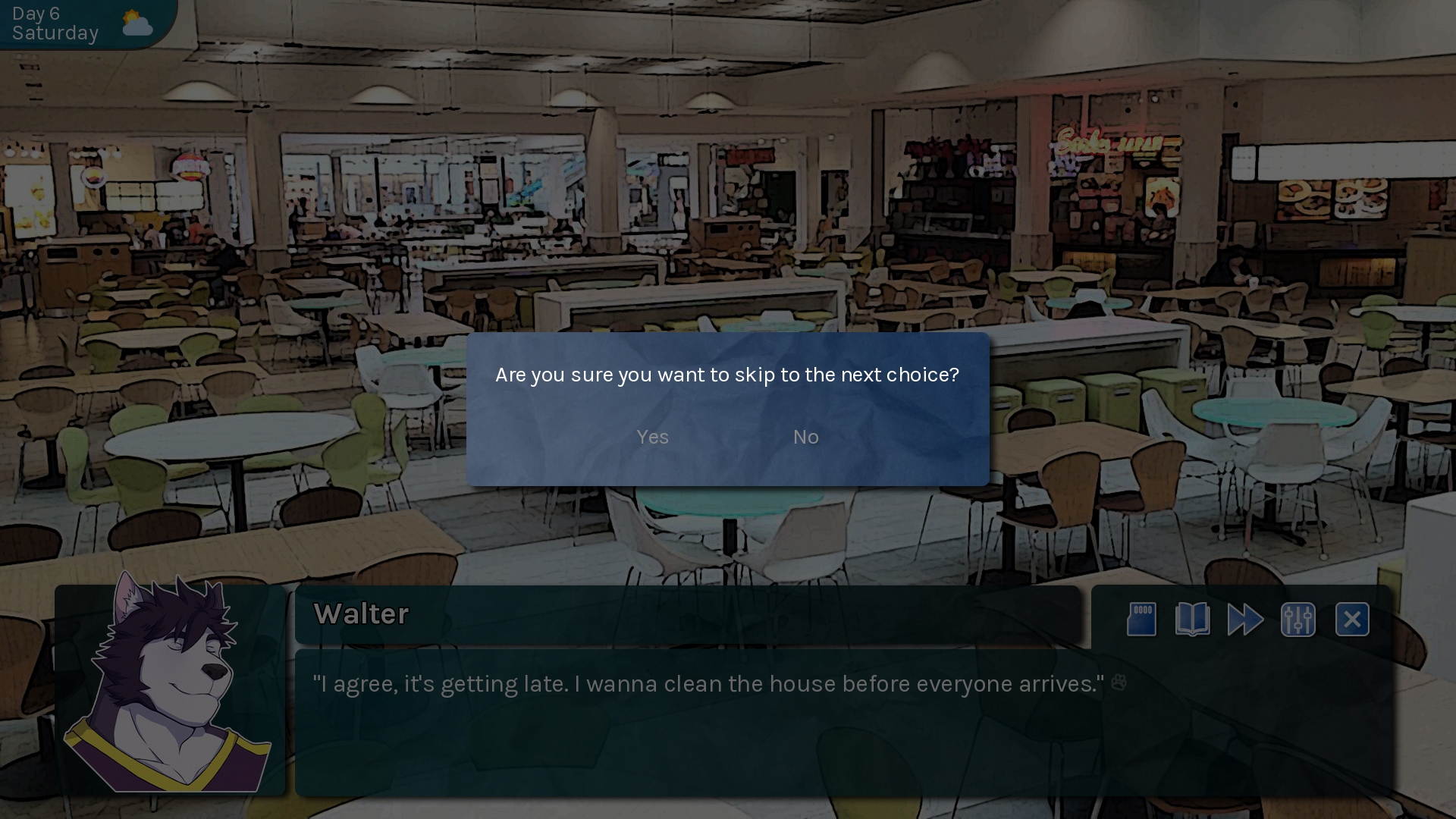 Well, as I said before, I choose mark in the shower and ended with Parker route, so shower doesn't exactly limits your options it seems 🤣

Uh,no... There are 8 characters in the main characters page. I found a dialogue saying that the 7th and 8th are added tho, so I couldn't follow that path... Got game over screen even :(

U want the 2 more pervs huh? Such a pervert u are 🤣 I'd go with Lars and Gil hehe

Looks cool now. And seems like it wouldn't happen so many missclicks anymore YAY!

So...I got the game over screen :( u r mean dude, could have just put the text that it's not avaiable and then got the game to got back to screen like the other times 🤣

Anyway, the 7th and 8th characters are gonna be added after you finish any route? Curious to see how it goes. I saw that there's a way to know them through Mark route...it will be the only way? At least didn't saw that in Gil and Lars route 🤔

Oh yeah, public build is very far behind... The typos and buts should be reported or u have already sorted the bugs of this version? Dunno if I should report and if should trough which means? 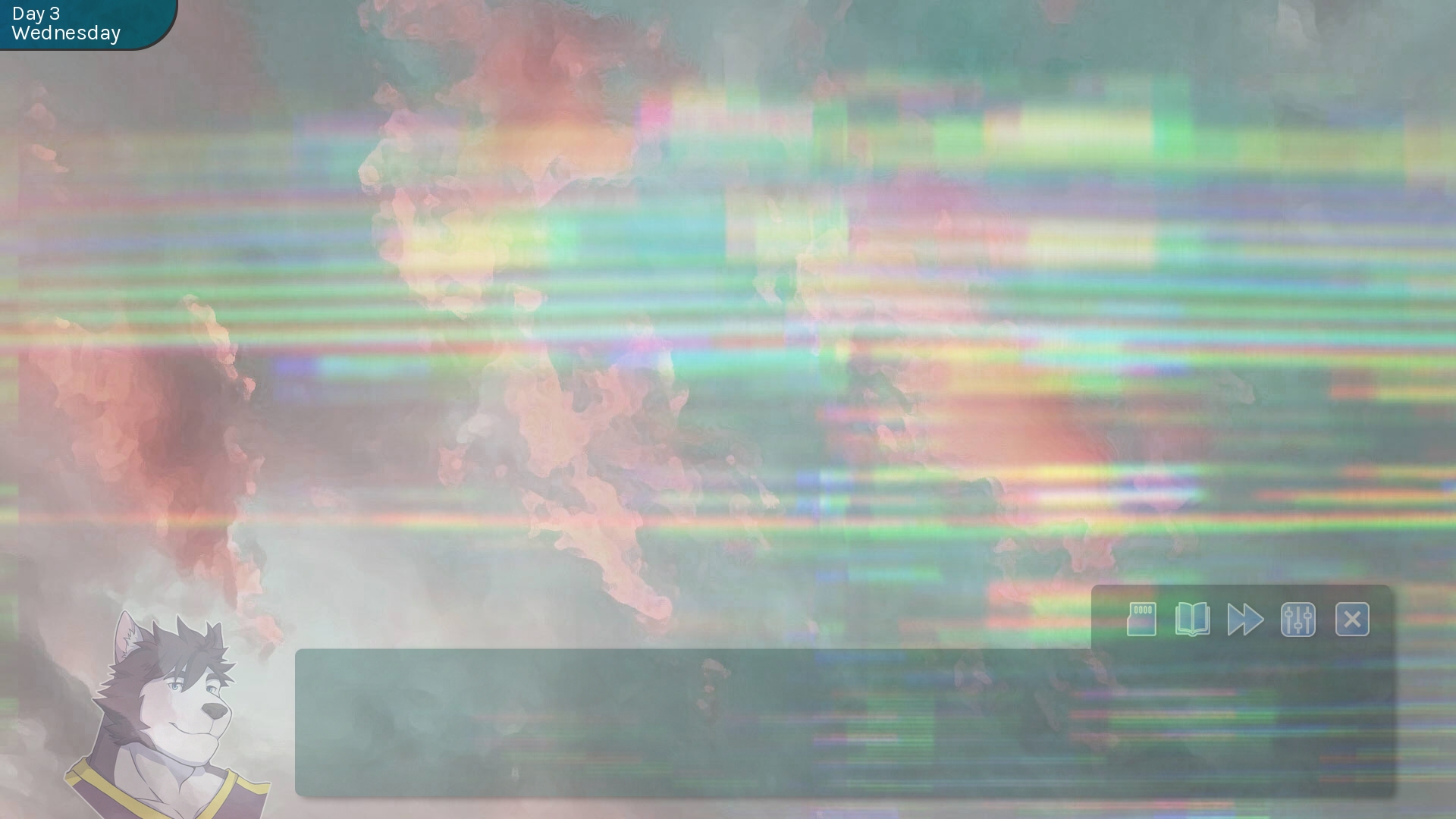 ur almost a expert 🤣

im playing on android. In the menu it shows the face of who you're in the route of at the top. I didn't showed Parker the English room at day 1 so he wasn't an option at the shower, but by the way I said u, of not following mark, I was even able to go to Parker house but it still showed mark face at the top of the menu as if I was in his route. I also found that there's an interaction to see the 7th and 8th characters trough Mark route, but they're not implemented yet

And yeah, I didn't noted that until you mentioned it hahhaa

I was thinking the same, but at day 2 when u get the choice to follow mark at the college entrance, I didn't and Parker appeared. I continued interacting with him and I got to day 5 as if in his route. Mark almost didn't even appeared. That's why it was very wtf 🤣

Lol man lots of new contents. Loving it hehehe. Even tho I installed the app again and I do miss a skip button to don't need to simply tap it as if in a clicker game ... Anyway, I'm having fun

And I'm playing it all over, redoing choices. I'm discovering lots of stuff this way :D things I had no idea previously haha and also which options makes the character of the route like you more 👌🏻

I played like Lars' and Gil's route and Lars Ep1 and I got ~42% game progress 🤣 I'm feeling like someone getting achievements in a game. Aiming to 100% - AS IF hahaha. Not gonna happen. I wonder who would get 100% when the game is done... Lots of replayings

Just... I started like 10min ago Mark and redoing it I ended in Parker route...it was very wtf. You will be able to change routes after the shower scene or is just in this specific case?

Oh why the symbol of the app is that weird and terrific hand? It made me think that it was a horror game instead of VN full of magic hahaha

Ok, just played the demo and loved it :D

First time I see a VN with a magic theme in this way - actually, the first I see that do have magic hahaha

The story is very well written. I found some minor typos, like missing a word or just a ',I sent all of them in the Gmail that u shared.

The story is very captivating and made me want more hahaha I still want more :P I was anxious at the part of the explosion, fearing that the demo would end as a cliffhanger there, but it didn't, huuuuuf. I've liked the way u write, the world setting is very interesting so far, same to the characters. But well, it's to soon to give a profound analysis hahaha it's promising tho. It has potential

The witch could've just dragged her companions out :P waiting to see her again, bitch that attacks defenseless me

And poor Marshall. Will probably go to jail. I was hoping some lewd scenes to happen when he first appeared. But I still have faith that it will happen in the future 🙃

I was going ask if u have drawn a map when they started talking about cities but it's already in the game hahaha just... I probably missed but but, Orithane is the name of the island-continent they're on? And the MC came from a smaller island that is near Orithane? Or he came from Pendragon, that seems to be another continent in the south?

Also, were came the idea for names? Perdragon I think everyone knows hahaha but never heard the other ones. Tried searching pervader too, cuz the word was in the keyboard corrector as Pervader, but found nothing... And I'm very curious about the names :D like, what's their meaning and why u choose them when there's tons of names to choose from.

Oh, you said u can involve yourself sexually with some characters... Who would they be? Like, is it their travel companions? One's a cute guy that looks like a teen and other that probably has the age of your father 🤣 at least he looks old :P it would be interesting to point out the characters, even if only showing their names and who u can involve yourself with. And also, it's like romantically involved, a relationship will flourish, or is it just sex? 😶

Oh yeah, I liked the art. U draw very well. Like some characters pass out the image of wisdom, others being cute and others hot hahaha they each have their dispositions clearly shown for who want to see. Just...the first of the three images here, the one that shows the MC, in it his belly is awfully strange 😶

I liked the backgrounds also, tho I have no idea if they're drawn or not hahaha

Uh, well I think that was it I had to share 🤣 if I do remember something else I'll talk more :P

Thanks for the game. Keep the good work going, it's good and has potential to be even better 👌🏻

I just noted that the MC - I don't even dare try writing his name 🤣 - is like a carbon copy of Samuel from Smoke Room, except their color. You're the one that made the art for Smoke Room, it was inspired by it or what? They're too alike to be mere coincidence :P

yeah, I saw the necklace, but it doesn't shows the necklace or a chain, just stays that sparkle all the time. That's why I asked wtf was that 🤣

Didn't even knew there's a trailer of the game lol gonna see it later. And hmmmm 6 huh? Interesting. Was thinking it was just 2 of those necklaces

oh interesting. You plan on doing the NSFW scenes yourself? Drawing

Well, I dunno if that's linear or not hahaha but my curiosity was satisfied :P

And you just posted the Android version, cool. U have some sheet or discord channel to report bugs?

oh, was almost thinking it was all set that way hahaha

I don't think there's a need to look a guide, but interesting that there's one. Isn't it only to patrons tho?

Oh, very interesting that you can play as the characters. Curious to see how it goes... And the fuck happened ages ago that seems to be commented at some points...also curious to see the pendant. It's said that they're a pair, but I dunno what type...if they're like those like half hearts, that complement each other or if they're just carbon copy of each other haha. And why Lars has it...

What that spark was supposed to be? It's when he gives back the necklace 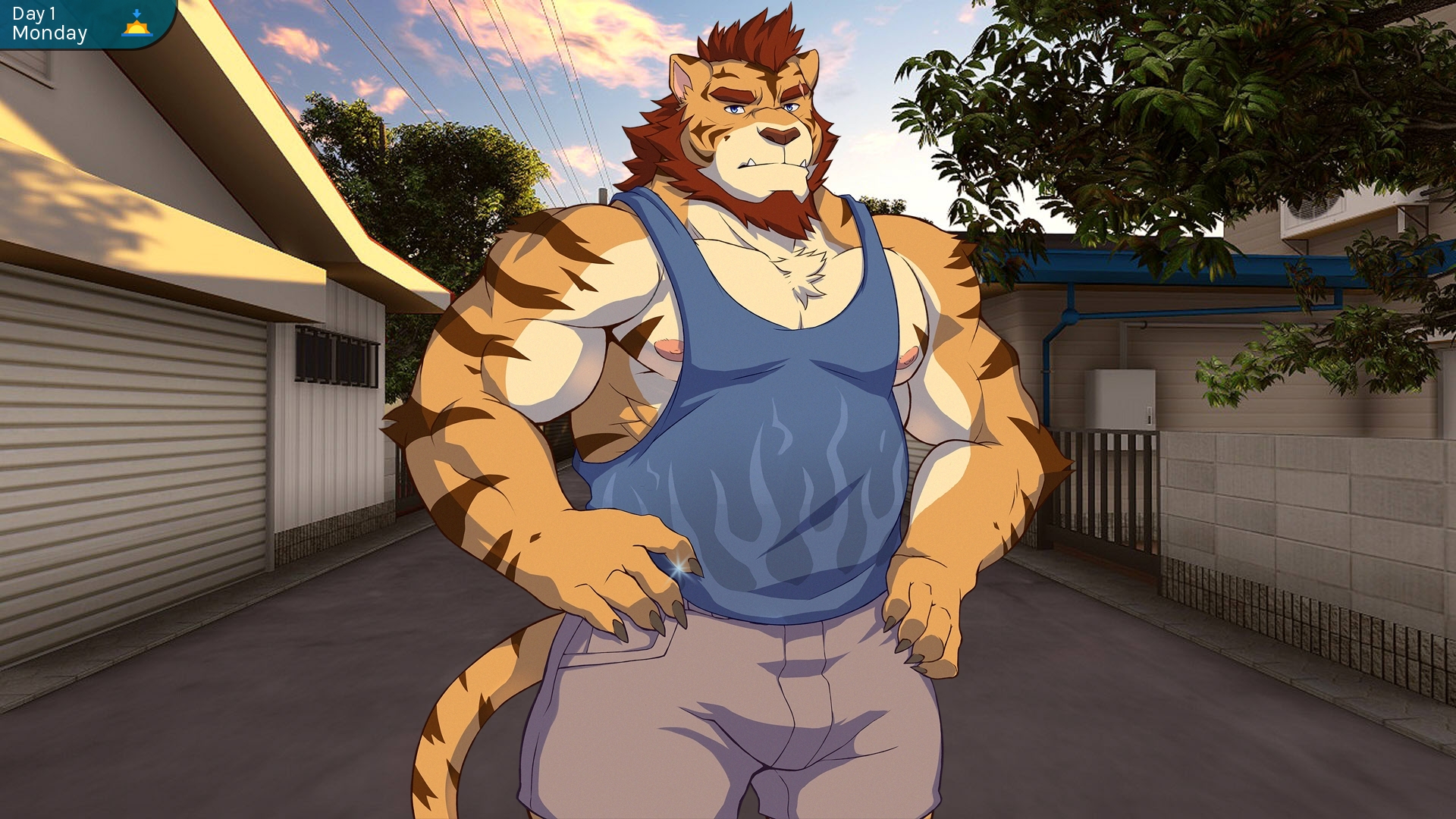 Oh this ? appeared during Gil lewd scene and stayed there till I finished the route... 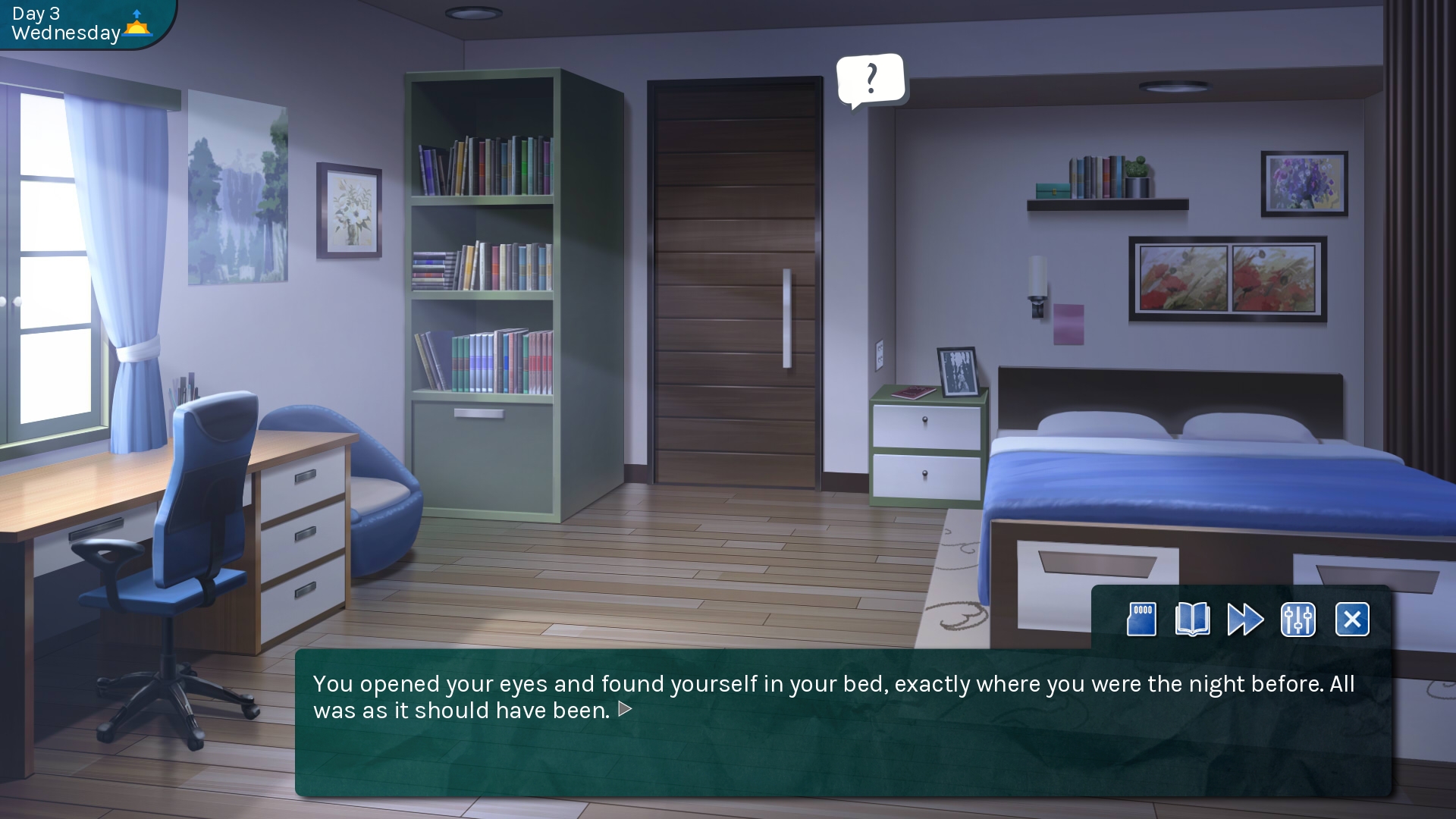 Hope you continue developing the game. It's becoming better every version ☺️

Waiting for the story development. And some lewd stuff too hehe

Playing his ...dunno the name...special episode? In the main screen, there's the head of the characters. Lars one is orange or something like that. Tap it and start. U will unlock him in the gallery this way