There won't be an in-game tutorial for the initial release. The version of the game that is currently playable on here is for the original game jam project, Reflector RL, which is pretty different from the revived project Reflector: Laser Defense, so you might be a bit confused reading about the devlogs then playing that.

That being said, I'm pretty happy with how playtesting has been going, so I'll be releasing the initial version of Reflector: Laser Defense this Friday! There are some tooltips in the game, and I'll also include some instructions in the itch.io page.

Thanks for the heads up. I'll add that to my cleanup list

VICTORY! (Sneaky victory message in the log. I should make that more obvious...) 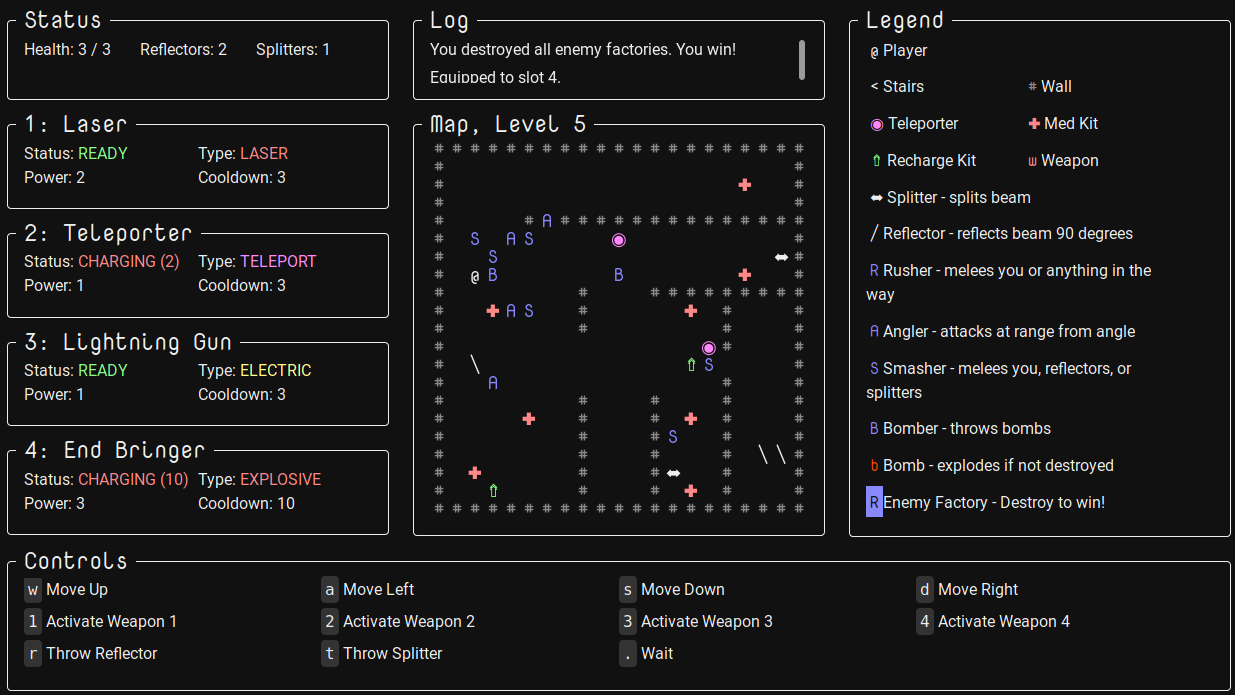 Thanks! I almost beat it once... But I'm not normally very good at roguelikes, so I figured that was about right