Backlinking/bidirectional linking to connect notes into a network of knowledge using I guess the tag and category. I know you can link in markdown so maybe? IDk exactly but it would be amazing. 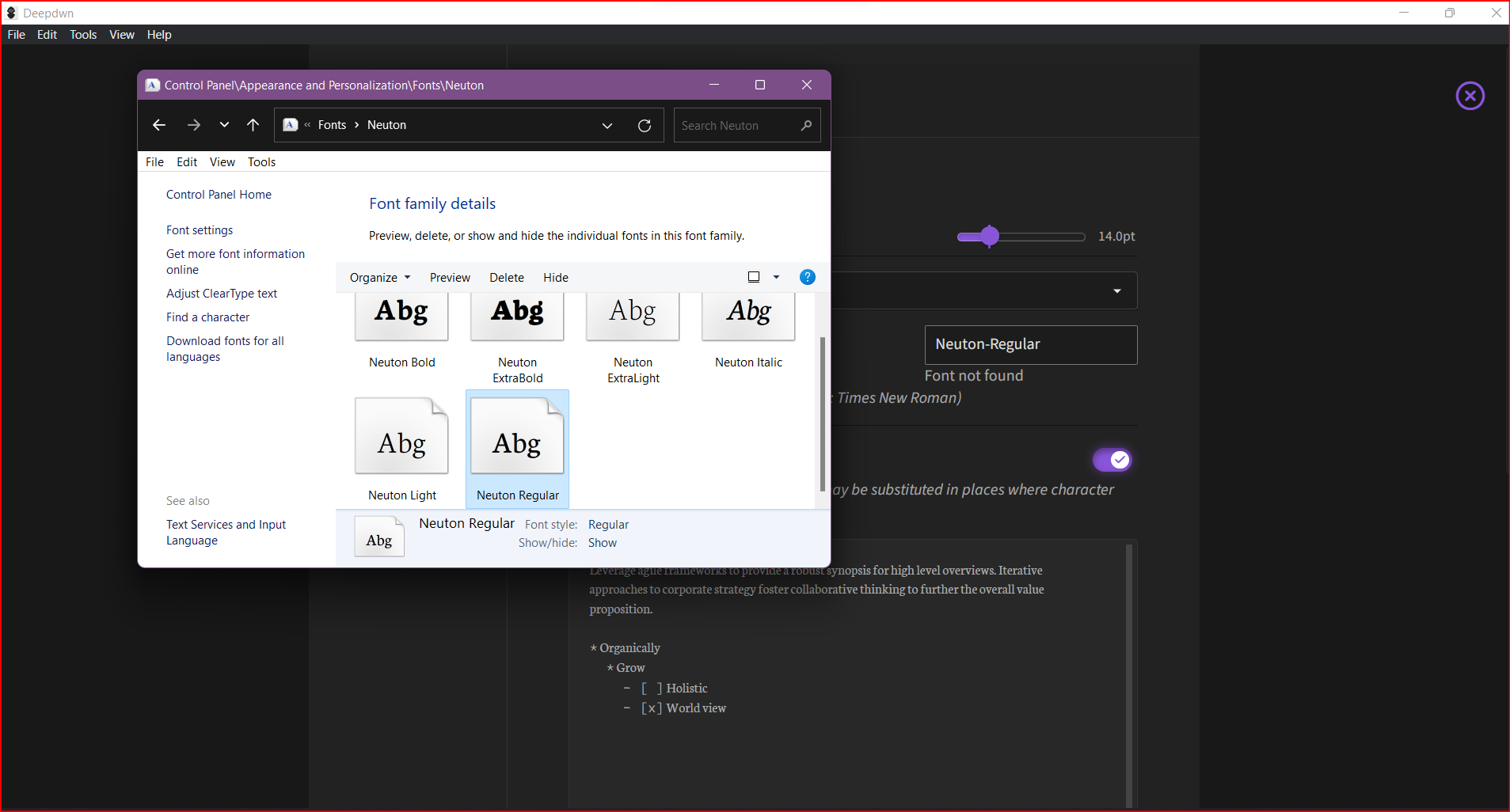 Bringing this thread back from the dead because I think I’m doing something wrong? I have the font installed but Deepdwn doesn’t see it? I’ve tried closing deepdwn, reinstalling the font, then opening it back up again and nothing changes.

Reply
Deepdwn community » Support · Replied to billiam in Does this work?
Margaret Catter141 days ago

I write a description about the contents of my note is. So I don’t have so I can at a glance read whatever was in or on my mind when I wrote it. Or if it’s something for someone else to read what the document is about.

Really I don’t need it to work so much as I wanted to know if I used yaml in the headers I wouldn’t break something in deepdwn (again).

So just to confirm most if not all yaml header tags shouldn’t break anything?

Figured I might make a thread so I can stop asking if xyz function works within deepdwn.

Had some other thoughts for suggestions

No worries I’m glad I didn’t break it in some terrible actually hard-to-fix manner.

DM with zip sent via wetransfer

Thanks! I’ve downloaded 0.33.1 same still but I am still pretty confident its a me thing move anything. I’ll shoot you the error log and my markdown files in a wetransfer link. They’re nothing too incriminating lol mostly just my overly long todo list.

For a hot second, I thought I figured it out. I thought that possibly because my .md head text had new elements that maybe deepdwn doesn’t support it was breaking things. 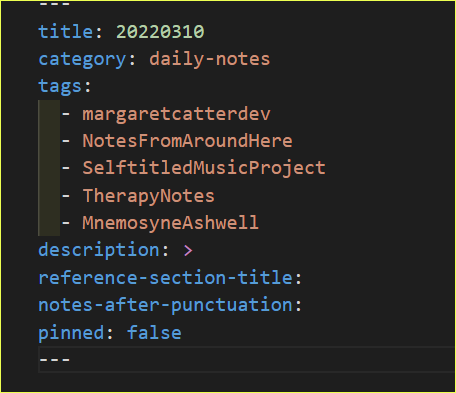 However, a couple of tests later shows that wasn’t it but I think I’m close.

Okay so I think I know whats setting the bug off. There’s something in my MARCH folder that it doesn’t like.

Once I renamed the whole deepdwn folder it came back so then I started testing when exactly it breaks. Deepdwn - 12 March 2022 - Troubleshooting - 2.2

To check that it was the March folder I put everything but that folder back and it seemed again to still be fine and as intended. Deepdwn - 12 March 2022 - Troubleshooting - 2.3

Then I tried going through the .md in the March folder to figure out what the heck broke Deepdwn - 12 March 2022 - Troubleshooting - 2.4

I’m 90% sure its one of the files from the 10th. I thought for a moment that it was the one marked phone but I realized it can’t be because the whole reason that file happens was that this was happening so I opened my phones text editor. I’m gonna go investigate whatever in my “20220310.md” and figure out what makes it different because its fine in VSCode Deepdwn - 12 March 2022 - Troubleshooting - 2.5

So I’ve got good news and bad news. The first suggestion of renaming the data file didn’t SEEM to do anything that I could tell because it still didn’t work. But I wasn’t sure if I renamed the right file? However the good news is Creating an empty folder and then copying my previous .md files into it seems to work, as in they show up in the file directory within Deepdwn. However the bad news is I copied some nested folders and while they show up in the file directory in the folder directory even though it has the twirl carrot for expand folders there doesn’t seem to be anything there. Also even when I removed the folder in question the files still show up in deepdwn in both the file directory and in the editor. 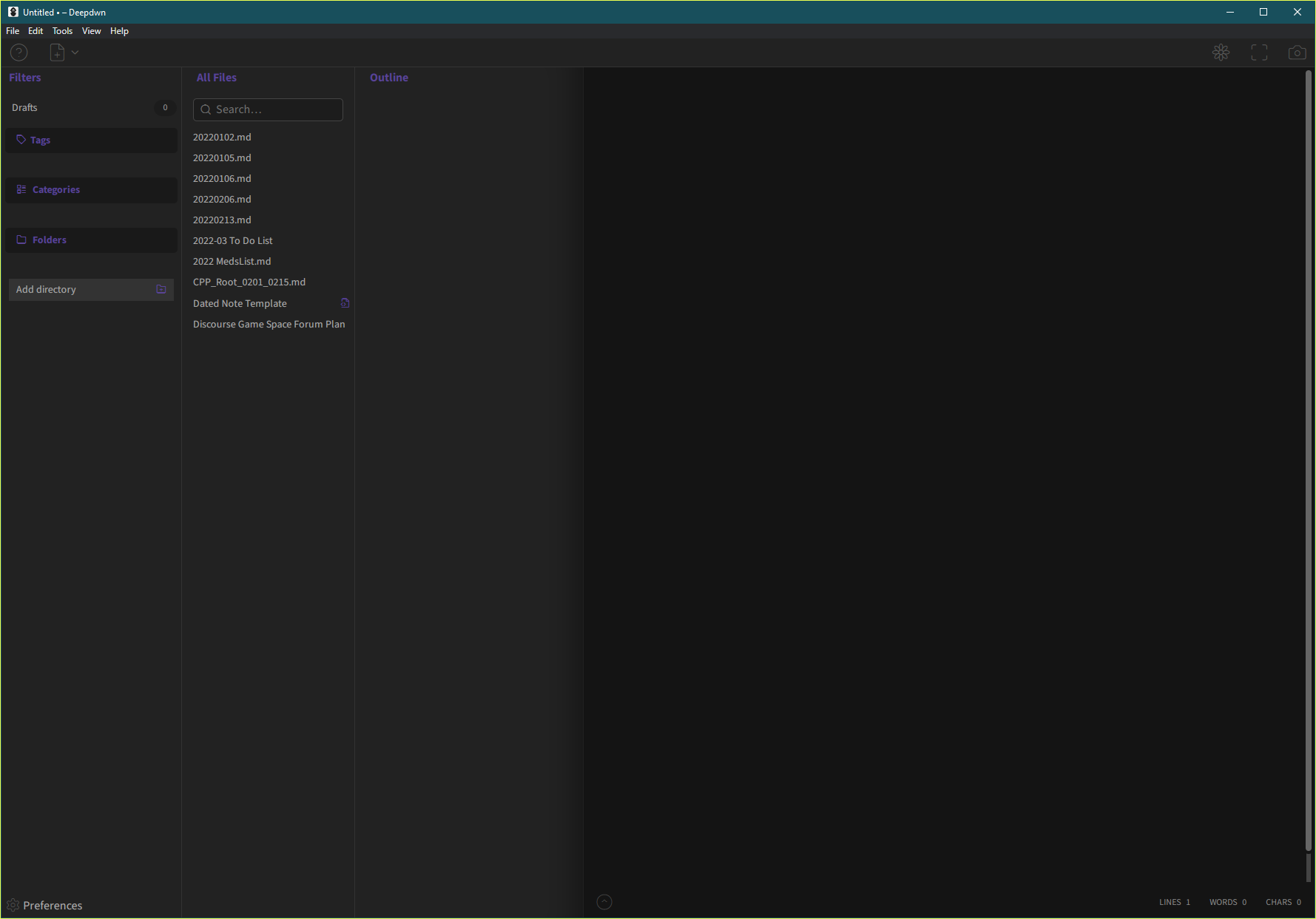 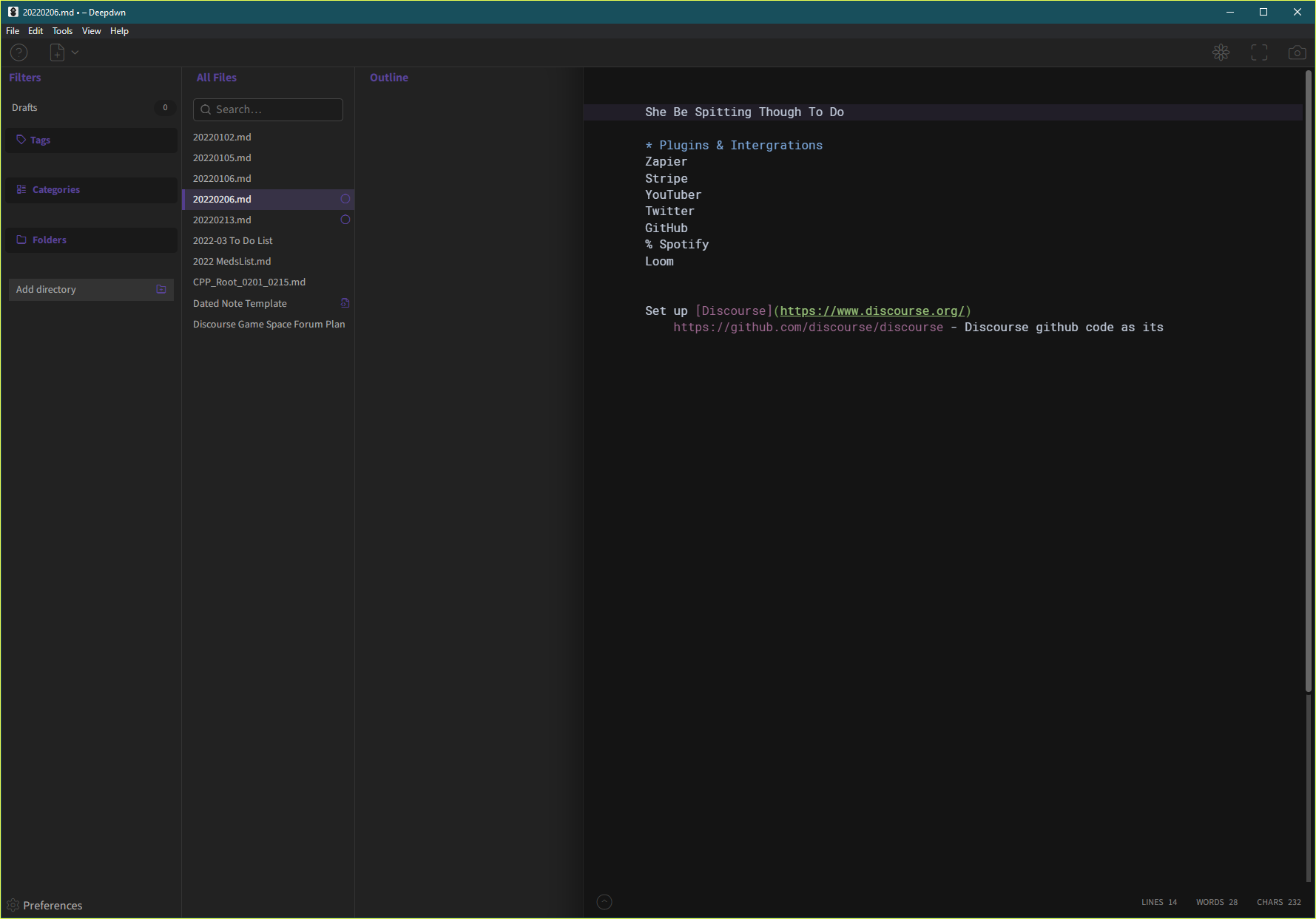 Well, I’ve also tried uninstalling and redownloading from itch and still the same deal. IDK how I broke it but I think I might have broken it.

Can do! So I tried out the process you suggested. I figured it would be more helpful via video than a series of screenshots. Either way removing the folder, disabling File Changing, and then quitting and reading the folder did not seem to have any effect at all.

I also just cause I wanted to double-check that it’s not OneDrive I copied the same folder to my desktop and had the same results. Oddly enough when I made a whole new empty folder on my desktop and then tried to open a bunch of new files in Deepdwn same thing happened. Figured I’d get ahead of the troubleshooting curve by checking.

Yesterday I restarted my computer as one does and when I went to reopen deepdwn the directory tree with the folder content is both not showing up but is also not filtering properly. I can’t change from the document that I’m in currently though it works perfectly fine. I’ve checked both on the windows explorer level, in VSC, and within deepdwn trying different folders & filters.

My only thought is that this has something to do with the fact the folder in question is stored on OneDrive possibly? 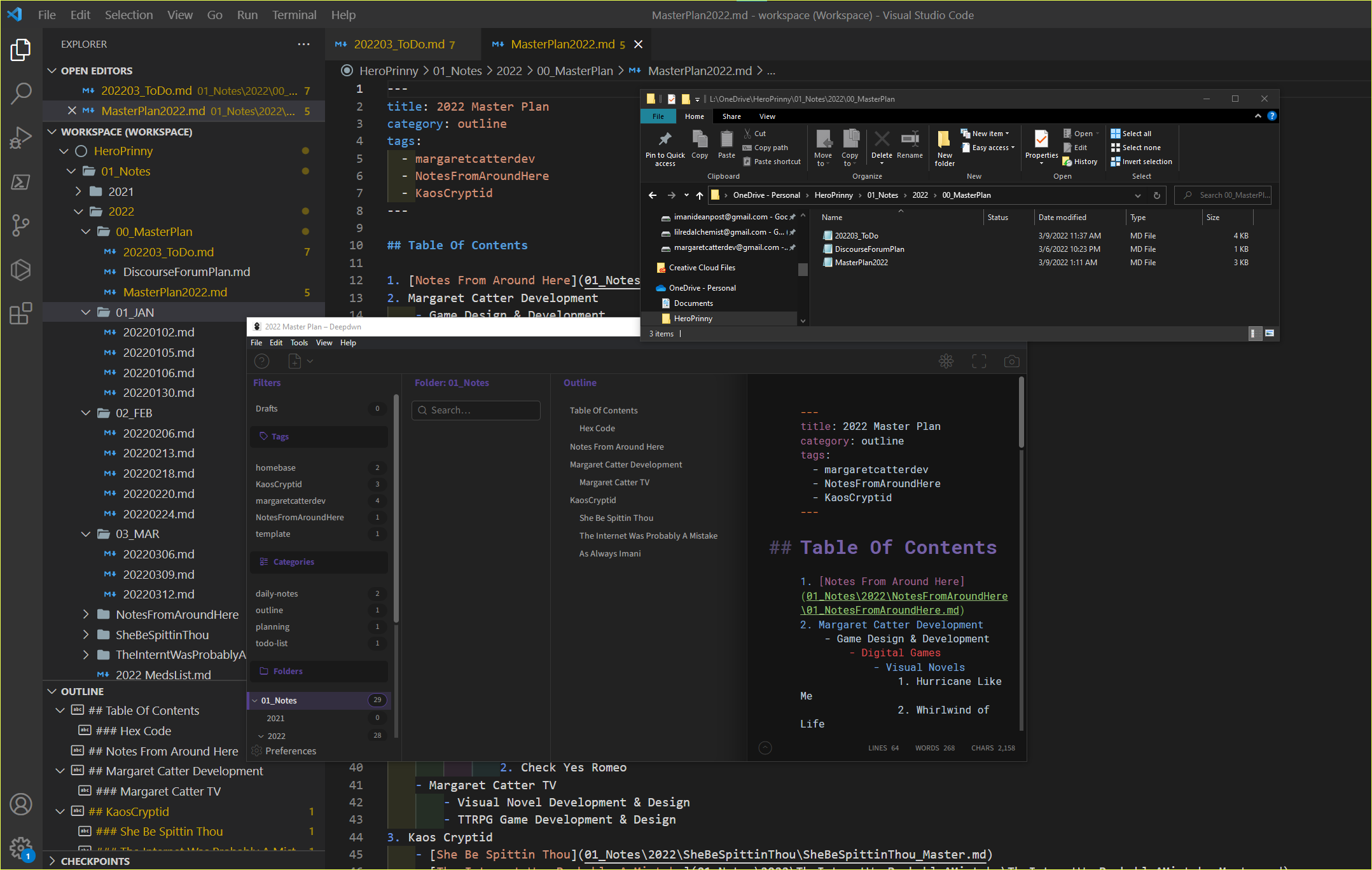 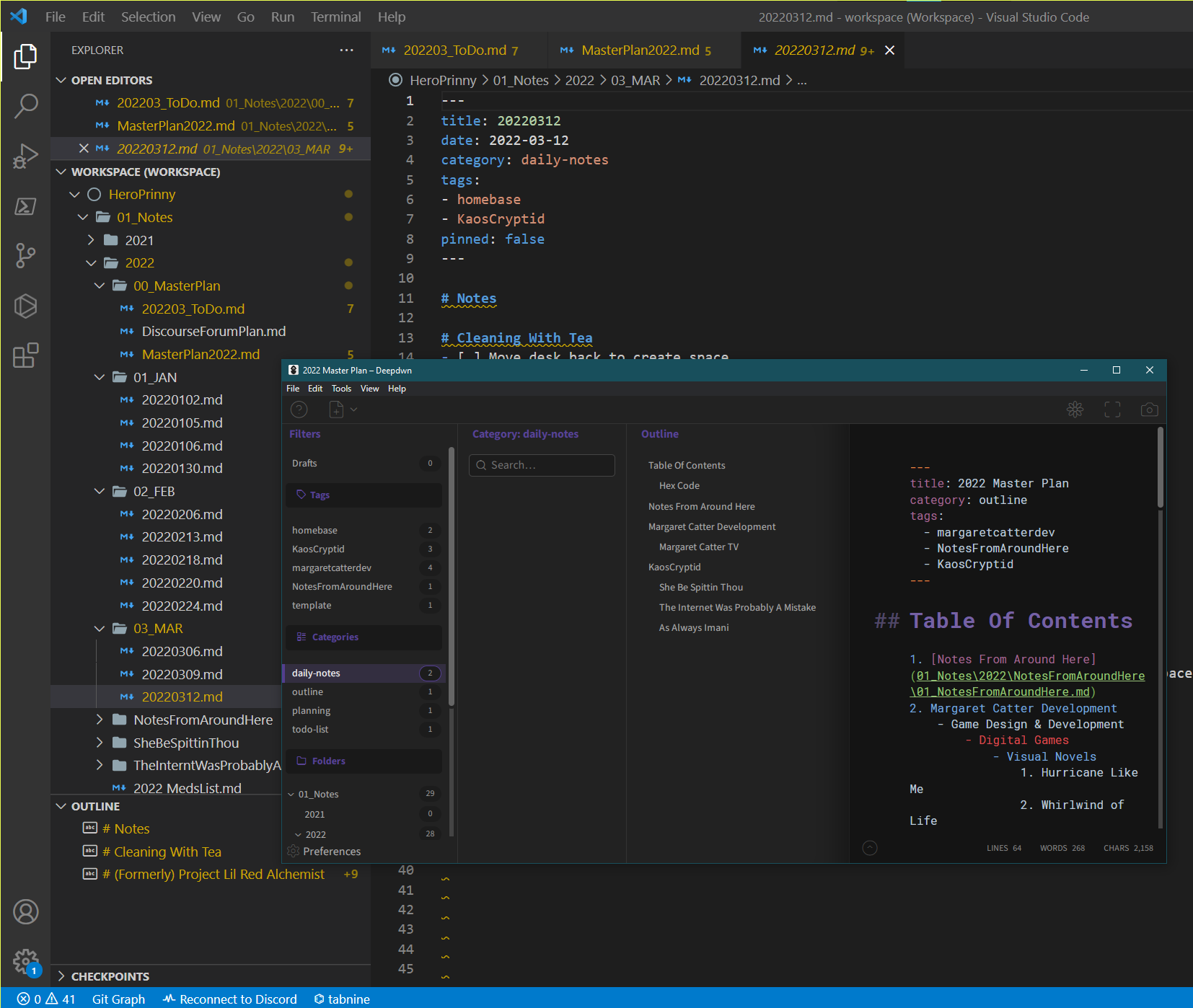 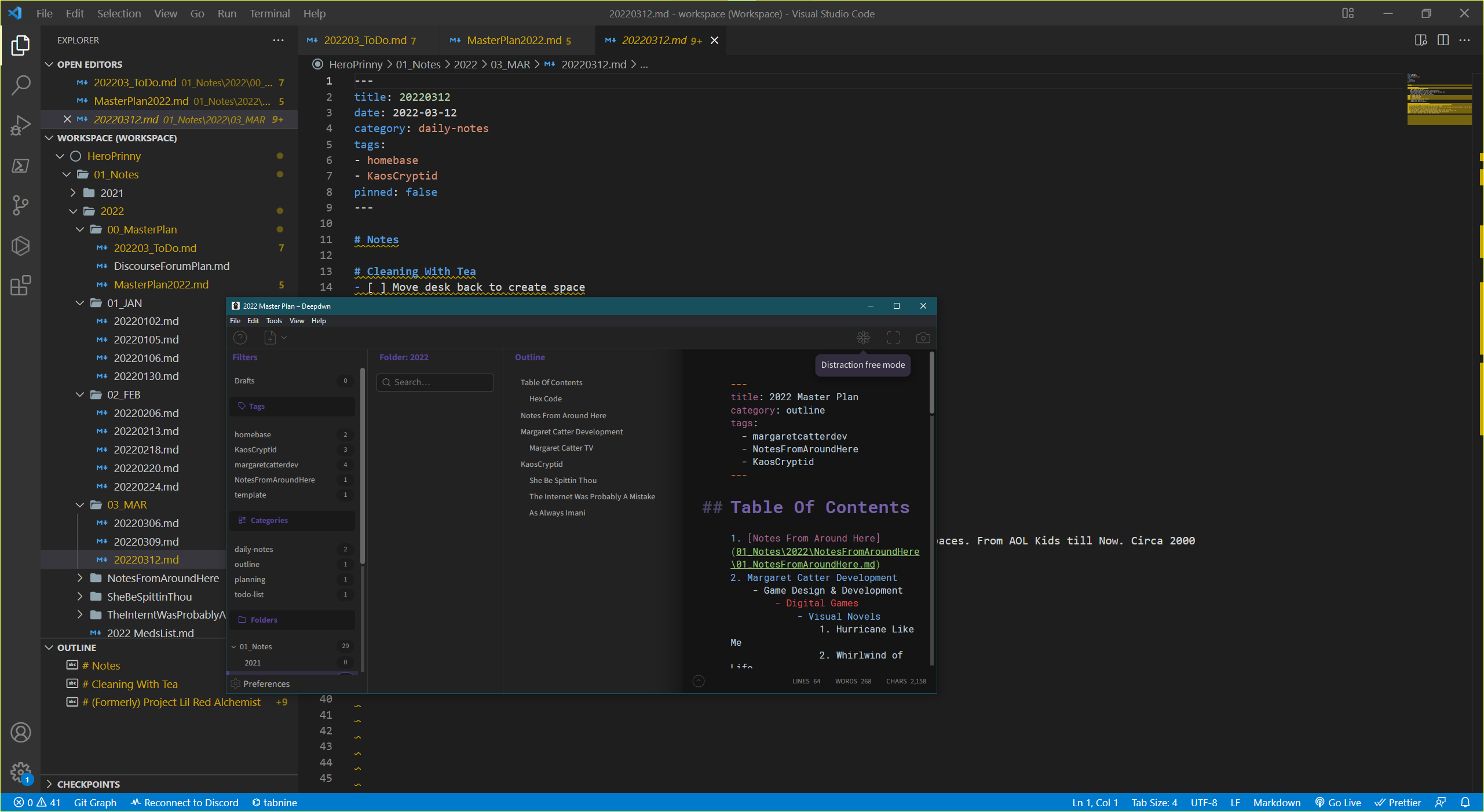 Thank you! I was so confused but I’m glad it was just me and a formatting issue. I’ll have to kill my active habit of deleting the trailing spaces or at least tell my spell check it’s not actually an error. 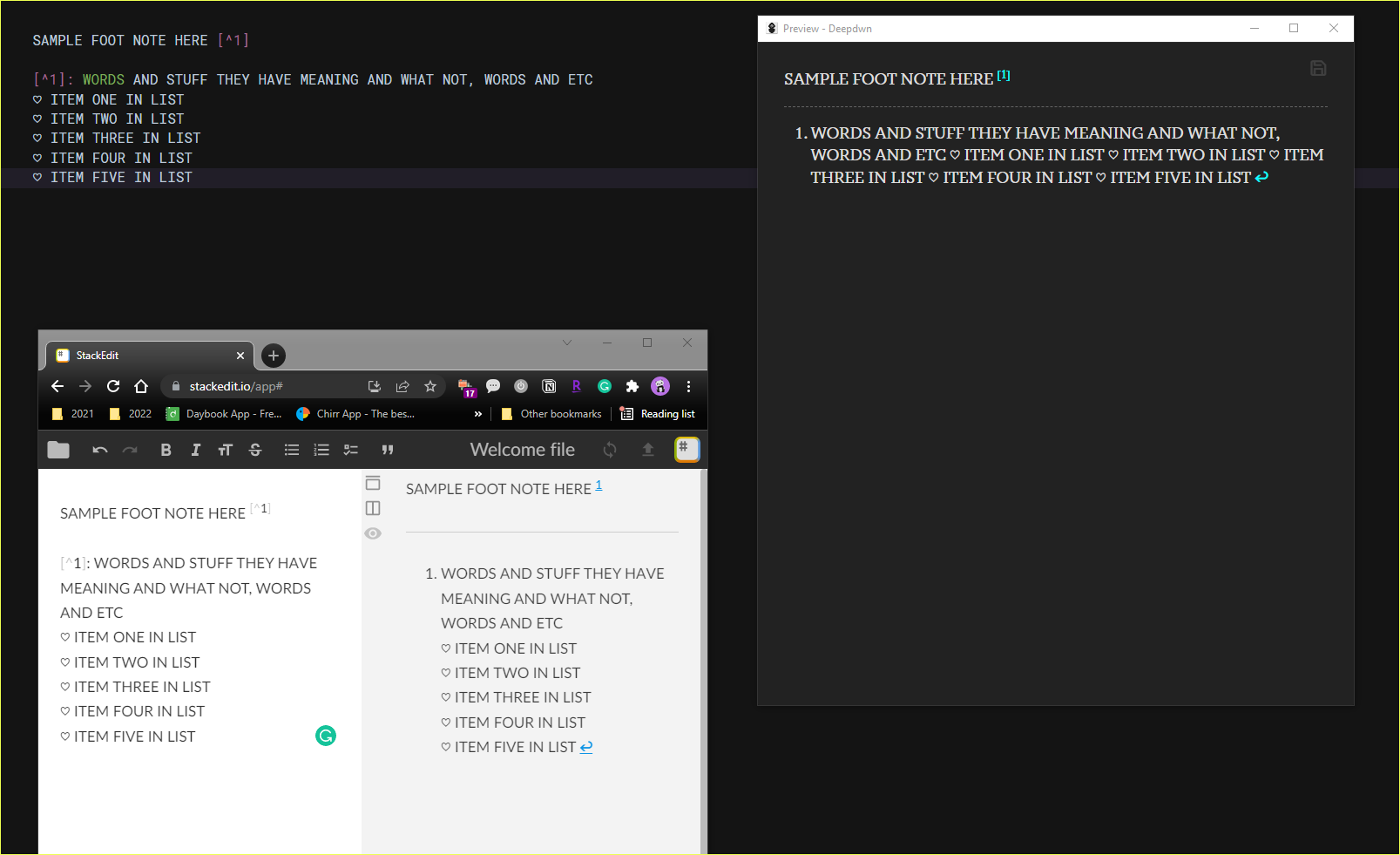 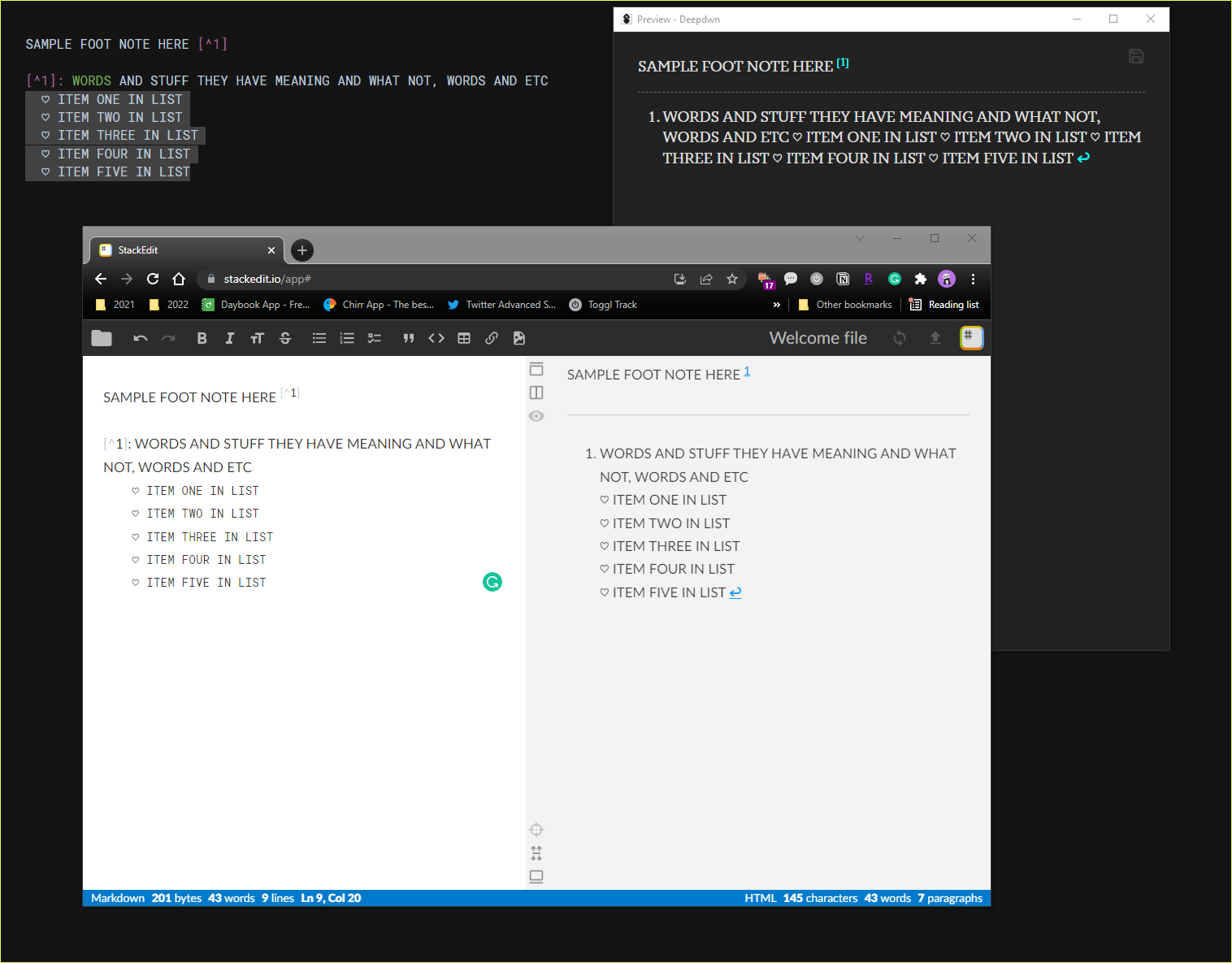 I’m trying to make a footnote in deepdwn but when I try to make the footnote multi-paragraph it doesn’t seem to work it stays on the same line but the bigger issue which I tried to illustrate with the screenshot is that for some reason I can’t make a list in a footnote. Ive tried both indented and unintended. I originally had it as a numbered list and it did the same thing, I tried a few other symbols with the same result.

Unsure if this is a bug or if deepdwn just doesn’t support list in footnotes.

I tend to have several documents open at the same time. While pinning them to the top is easy enough the ability to open them in tabs within deepdwn would be game-changing. I’m referring to tabs that are similar to the way VS code has tabs, not the way Chrome has tabs.

Reply
The Zero-Budget Game Marketing Manual community · Created a new topic What is Beyond v1.0
Margaret Catter222 days ago

Out of curiosity since it says version 1.0 on the title page and I’ve taken that to imply there might be future updates to the book? Or was that just an internal “v1.0_aka_the-final-final-change-nothing-or-else.pdf” thing?

Somehow we’re in the last leg of things. How’s everyone doing out there? 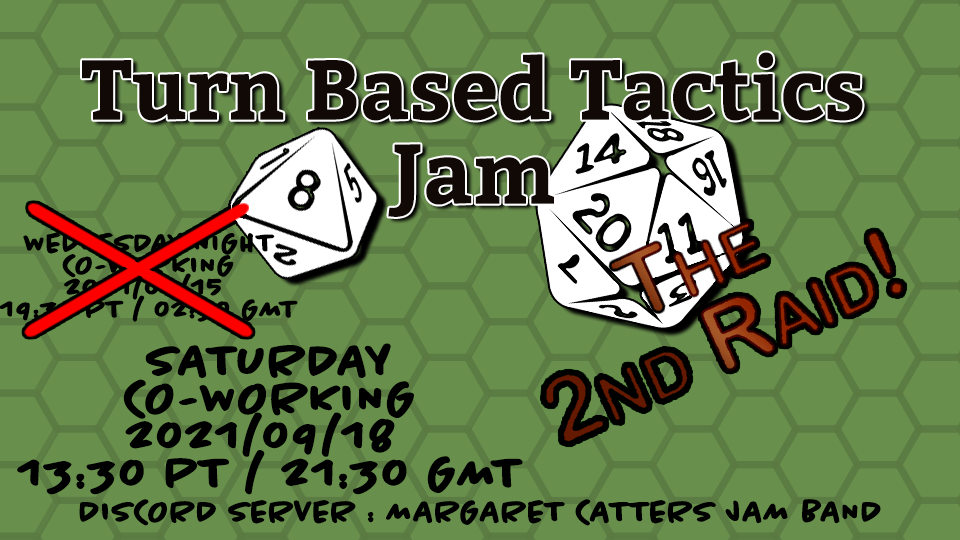 Once you’ve read and accepted the ToS you will receive the member role. From there navigate to the #roles channel and select your chosen roles. If you have any problems feel free to ping me at Lilredalchemist [hashtag] 3636 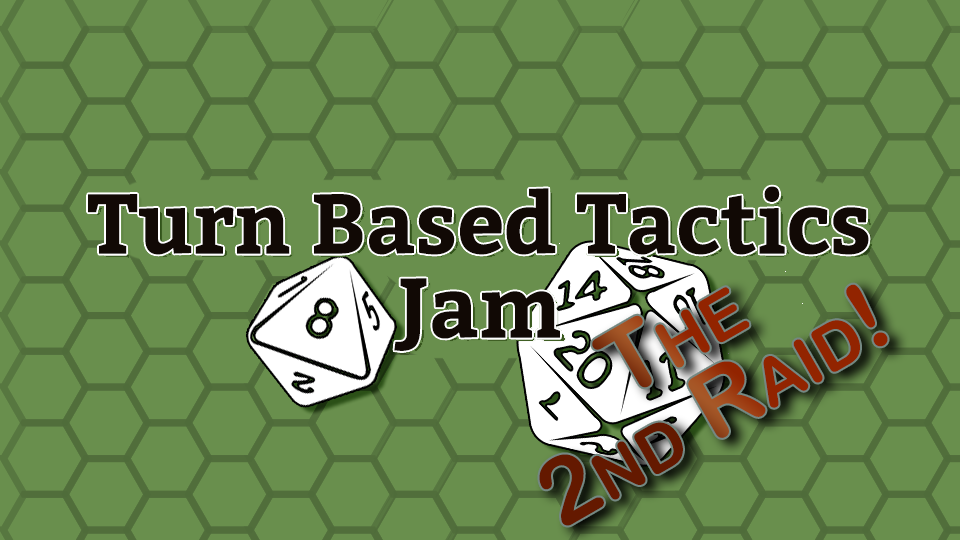 Late on my part but welcome to the second run of Turn-Based Tactics Jam!

Wish you all the best of luck with your project. Please feel free to make forum threads for things you need. Also, there is a discord server for jams that I (Margaret Catter Dev) run if you want more live interactions.

And yes unlike last year it is open to both pen & paper games, as well as LARPs and CRPGs.

If you have any questions or want to have some input on the jam, please tweet me, hit me up in the Jams discord linked below or drop me a line in the jam forum.

Welcome to Release the Magic! A queer magical girl game jam. Wish you all the best of luck with your project. Please feel free to make forum threads for things you need. Also, there is a discord server for jams that I (Margaret Catter Dev) run if you want more live interactions.

If you have any questions feel free to drop them here.

Am I supposed to be able to import it back into this one though? Cause I had a dungeon I wanted to poke around at and make changes to later so I exported the .json file but now I’m John Travolta in that Pulp Fiction gif.

Odd question but whats the point of exporting it as a JSON file?

A comedic TTRPG where players adventure through a haunted location chasing a mysterious being who is played by the GM. They are bent on discovering what they deem to be the truth of the matter about the mystery in question. The story is crafted based on dice rolls and responses from players. 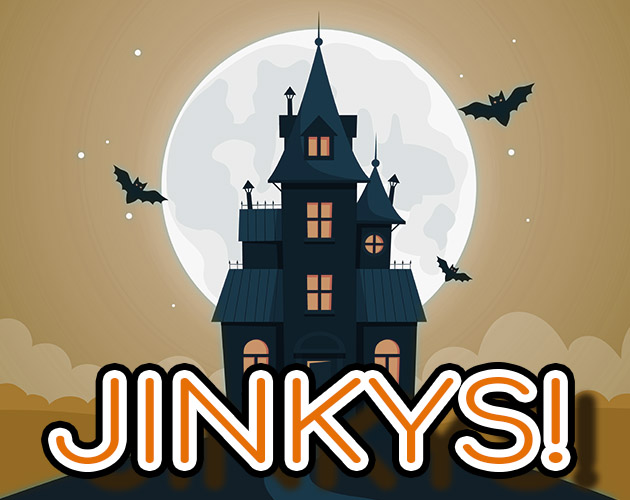 Time for the second iteration of everyone’s favorite riot grrrl game jam! Make a game or a game adjacent thing so long as its punk AF.

This is a month-long game jam geared around the Riot Grrrl movement, from Wikipedia “Riot grrrl is an underground feminist punk movement that began in the early 1990s in Washington state (particularly Olympia) and the greater Pacific Northwest. It is a subcultural movement that combines feminist consciousness and punk style and politics.”

Your project can cover any of the subjects of the Riot Grrrl movement either directly or obliquely.

Riot grrrl bands often address issues such as rape, domestic abuse, sexuality, racism, patriarchy, classism, anarchism, and female empowerment all of which are things you are allowed to talk about in your game, however, you must tag your submissions properly and not violet the itch.io ToS.

Reply
Turn Based Tactics Jam community · Posted in Is it ok to submit a game that was used for another jam?
Margaret Catter1 year ago

Yes its fine to submit a game for turn based tactics jam and another jam so long as its fine with the other jam.

Hi, I’m unsure of who needs what but if you check the jam page there’s a link to the discord where people are congregating. Also, this is a ttrpg game jam so I’m not sure if people will need a musician necessarily

Reply
Turn Based Tactics Jam community · Posted in Can I make this?
Margaret Catter1 year ago

This is a “traditional” pen and paper game jam so if you figured out how to do that via pencil and paper go forth!

I’ll set up a discord server sometime this week.

I’m running a TTRPG Jam for people who want to make Turn-Based Tactics or Strategy Based Tactic games of their dream.

For anyone who’s ever thought “But what if I could play Disgaea with pen and paper.”

It starts in 11 days and goes for a month. You’re free to hack, remix or even if you have the time and will create your own original TTRPG system.

Its meant to create a pen and paper game :D

If there’s a computer component that’s fine but the main focus should be on the pen and paper game.

This is the first time this jam has run so there are no pictures or videos from past jams. No there isn’t any other form of chat currently other than these forums. If other people express interest I can make a public discord for the jam.

Reply
Turn Based Tactics Jam community · Posted in Can we implement a real time system, so can we make a RTS game, or just turn based?
Margaret Catter2 years ago

I wouldnt have any idea how to implement a RTS system into a Tabletop game but I believe in you!

Either or works. I personally like solo games with an AI system but whatever works for you.

Glad you enjoyed the demo. There will be an update around the end of the summer to look forward to.