That is so awesome, thank you very much!

Oh, the graphics look really neat! I like the slight chromatic abberation going on. Quite challenging, but fun!

Thank you so much for giving it a try. I'm glad you enjoyed it!

Thank you for the feedback :D! I'll get the bugs sorted out and see what comes after then

Oh, this was cool. The working together aspect was well executed and it somehow worked really well for me to navigate with both characters at the same time using one keyboard. Well done!

Only thing I wasn't a big fan of was the chromatic abberation, that made me feel a bit squeezy, but I enjoyed playing anyway.

Very cool idea for a game =D! I agree with Piti on maybe trying to make the helping a bit more engaging by having to click or perform something simple while hovering - hovering alone was a bit simple for five minutes ;) But the art is neat and it worked well 👍

Hi there =D!
Thank you so much for giving Maximus a try. I am sorry to hear the obstacles gave you a hard time ;) Honestly, some rooms are a bit rough for me, too :D Good luck on your next run!

Thank you so much! I'm glad you enjoyed it

Yesterday, I published my game Maximus Jones, today it got a couple needed bugfixes. I would love for you to have give it a look and play!

In a world of usually tiny problems, disaster has struck! The guinea pigs’ hoard of delicious peaflakes has dwindled to a pitiful amount! But the box holding the beloved food is standing locked on a shelf, mocking the herd's need for tasty treats. There is only one way to solve the problem – some brave guinea pig will have to venture out and get their owner! This is the story of Maximus Jones! With the name of a hero and the heart of a guinea pig, he is an adventurer extraordinaire.

Meanwhile, unbeknownst to the fluffy potatoes, their owner has been inadvertently trapped in an ancient Egyptian tomb. Will Maximus save the day? Will the guinea pigs get their peaflakes? Find out in Maximus Jones! 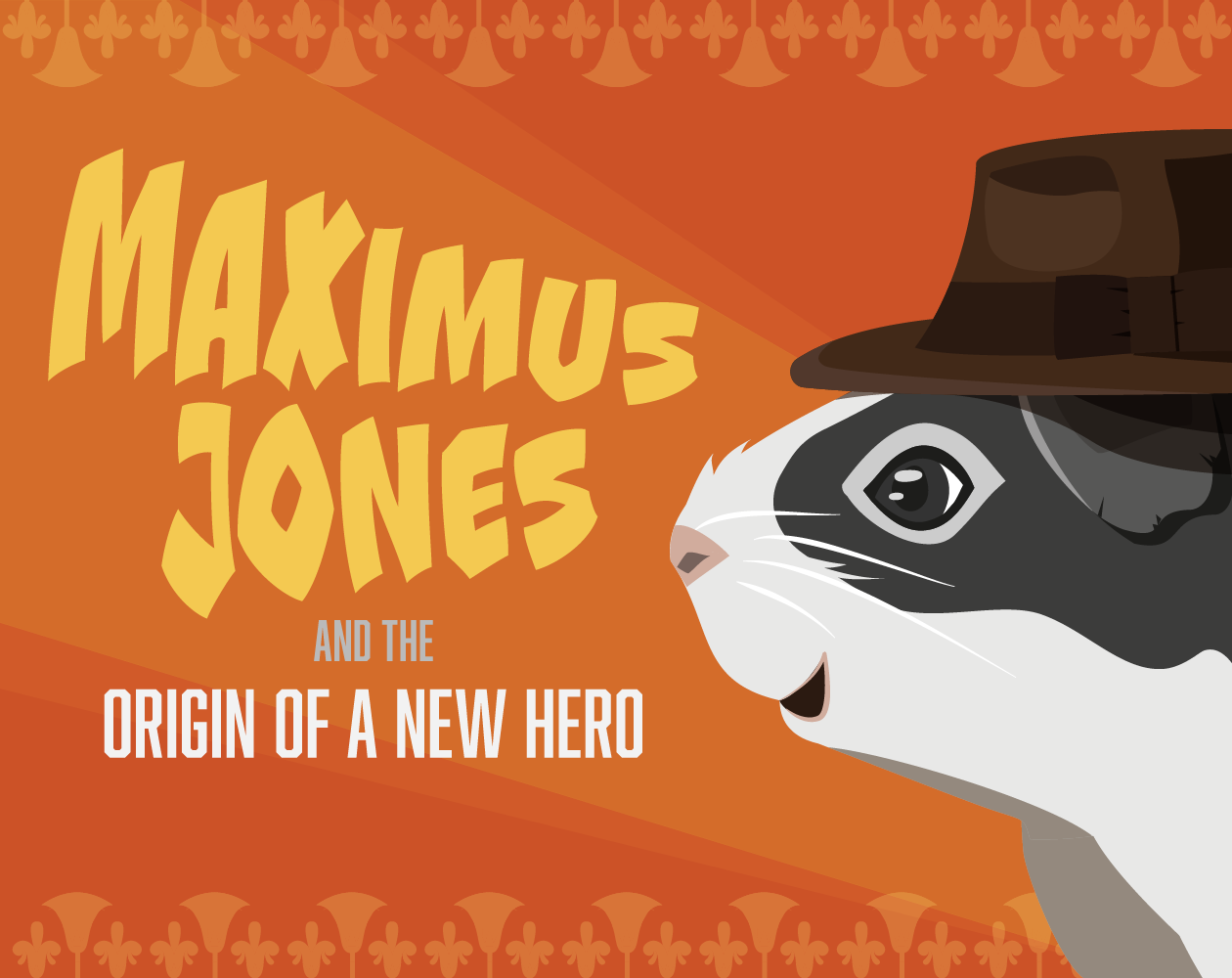 Spear launchers are still on my list for an upcoming patch, but first I wanted to get the rough bugs out of the way. I was mostly successful in 1.1, I'd say, though the dungeon generation and respawning will still need some work and refining.

Yep, the enemies are dumb as rocks. The beetles will run after you if you get too close, but I'll need to find a good balance of where to better place them and how to make them still beatable :) It's on the list ❤️

Oh, this looks like a game I would enjoy immensly! The art style is really good and the animations look neat :) Will there be an english localization?

Gave it a try and enjoyed it!

The music was a good choice. The heart-character looks adorable. The sorting of mails and the passwort-cracking events were novel to me in this kind of... I'd say tower defence style of game and I actually enjoyed them for their novelty :)! The Upgrade-Animations made me smile, they looked very neat. The text didn't fly by too fast and starting a new game was a quick effort, since clicking through your dialogue was so quick. Oh, and of course, the actual tower-defence-style of gameplay worked really well, too :) No strange effects, no random "everybody dies", the behaviour was clearly shown beforehand and the attackers are varied enough as well in style as in attacks.

In my opinion, there are only very few minor issues: I had a bit of a hard time finding the correct range to build stuff away from other buildings. The Upgrade and Demolish-Buttons were available sooner than the tutorial told me and I demolished a couple buildings by accident because I realized I had build my towers in the wrong direction for the next attack :D I would have liked to be able to rotate the firewalls a bit, but two buttons were good, too.

It's worth to give it a download and play it for a while :)!

Thank you so very much! I am so glad you enjoyed it. Muchas gracias!

Awesome visuals and a great soundtrack, too!

This made me smile so much! The first couple of throws I thought "yeah, this is neat" but then I got the angle juuuust right and the effect absolutely had me laughing for quite a while. Adorable style and very cute presentation!

Oh my, this is exactly what I have been searching for for such a long time. Thank you so much, these sounds are amazing and incredibly well recorded, documented and sorted. There are so many variaties that it's enough for my whole game, so I don't need to mix-and-(not)match from dozenz of sources anymore. I will most likely come back for more of your libraries, the arcane one especially caught my eye ;)

This sounds great! I get an error when I try to start it, though:

Not sure, how that happens - I'm on a current Firefox build, if that helps?

This is incredibly cute and the art is adorable :)! I just feel like the hoops are a bit too unforgiving if the timing of the jumps is not perfect. And somehow, the portrait of the pig seems to be transparent? But all in all very, very neat!

Awesome music! I played for a while and enjoyed it :) The jumping feels just a tiny bit too floaty for me, but everything else was neat!

Really cute and well made :)!

Oh my, this game makes me smile so much =) Well done!