Will there be a discord for this jam?

The use of a capsule collider with precision platforming was infuriating, I would land on the platform then fall off. Not fun. I enjoyed the teleportation mechanic but it felt more like a gimic than an actual mechanic. Like I think I only actually needed it 2 or 3 times, and the rest of the time I was reseting because I fell off of a single tile. Can't stress that enough, I actually didn't want to finish because of the use of a capsule collider instead of a box collider. Jesus christ. Like if you had used 2 tile wide landing zones that were more fogiving it would be fine, but it's a single tile, and you did it allot. One or two scenarios where I have to land on a single tile and slip off would be annoying but okay. Overall I came out more annoyed at my experience. However, there were no bugs, and in 2020 that's really saying something, so 4/5 stars!

Thanks! It's (clearly) not done, but the idea can be easily expanded which is planned!

I found the meaning for life in this gam.

Probably the next Crysis. My computer can barely run this beast of a game.

This is much MUCH more playable, thank you so much!

Look forward to it!

Hey! I've found a magic number for the camera movement if you have the pixel perfect component on your camera...

oh no please expand the game, it has loads of potential

It was okay at first, the experience of of the world was nice. But then I had to go between 3 stories to build this one bridge, and I never even got to use the bridge because the game ended. The camera wasn't fast enough to keep up when I went  between floors, maybe that's the point but I just found myself doing things off screen because I didn't really care what it would look like just as long as the job got done... Any way it looks like you planned to do more jobs than you have currently so I can't complain too much. Not sure what the point was, but good job :)

Awesome! Loved it, only complaint would be that there's no sound, but you made this in a week so who could blame you? GG!

Being as I don't know what engine you're in or your approach no. I would just say to smooth it out so I don't feel sick when I'm moving quickly

Got really nauseous, the camera is too jittery :C otherwise a cute platformer though... Excuse me while I go throw up... loved it though...

Press any key is very much a lie, you can only press space...

The game after I found that out was AMAZING though

Gravity too floaty, and I couldn't get past the part with the giant jump and saws keeping me from making it.

Lots of fun, way too punishing. And I mean punishing, not hard, punishing. Like I get through a hard part just to be killed by an unseen spike and have to restart. Fuck that, that's punishment for success, not something I look for in my games. Shotgun was a great addition, and I loved most of the platforming. But it's so damn punishing I would not play it again.

Super fun, pretty addicting tbh. Art is obviously not original, can't say if that's a good thing or not lol

Reply
The Better Sprite Editor community · Created a new topic How to make a legend of zelda style heart sprite in less than a minute:
LowBros290 days ago (1 edit)

Done! Save to your desktop :)

This is Forrest Lowe, sole developer on the better sprite editor. To be honest with you that feature is a ways out. The reason for that is that the code is wrote entirely in WPF C#, now I know if you’re not a programmer that doesn’t make any sense but it basically means that it can’t be ported to the android. BUT! That is a feature I’ve desired, and I have been thinking about adding a mobile version.. I may wind up creating a smaller version for the android specifically, it would definitely have less features than the most up to date pc version though. Kinda like Mincraft on the PC verses the mobile you know? Any way my point is that this is planned, but will probably not be done until this project starts getting enough funding, or I’ve added everything I want to the pc version.

But any way, I will create a requested features section on the webpage, and mention that this is a desired feature! Thank you so much for contacting us about this, and enjoy the rest of your week. 😊

Loads of files, a little hard to find the EXE. The game is great though! GG!

Fun, but it takes way too long to repair something, I think if the timer was longer you could speed up repair times. 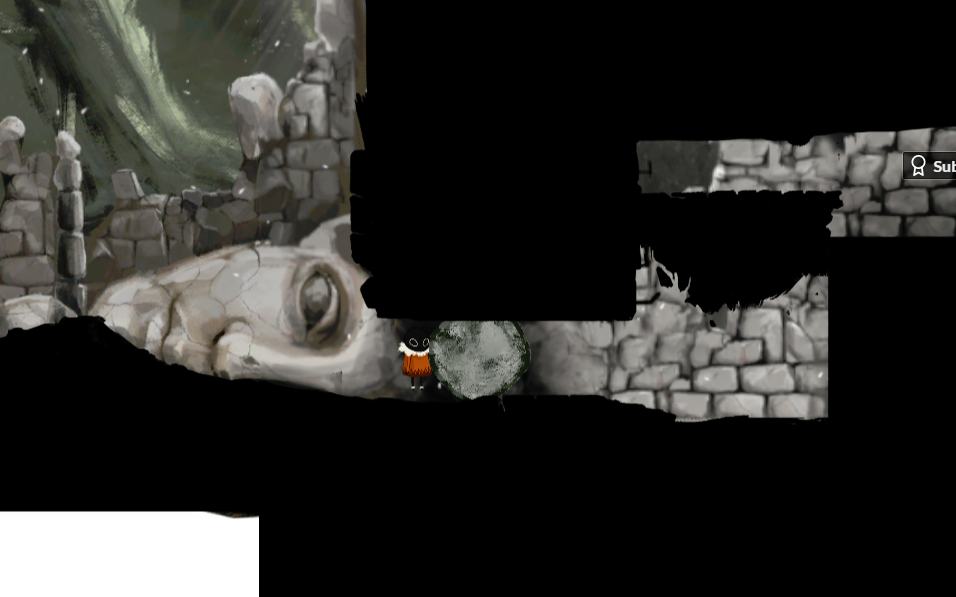 I got stuck. I tried resting but still stuck... Maybe that's the point?

Loved it, played it three times, was wonderful

Found a major bug; the game restarts every 5 minutes.

Well you did great, keep up the hard work!

Not a bug, it's wall jumping.

Pretty good, sound effects were awful, but at least they were there lol. The boss fight was great, and the graphics are to die for!

Awful. I understand the limitations of the engine, but holy crap it's not even beatable. Having to relaunch the game was interesting, acted as a first puzzle and I kinda liked that. The random maze was jarring and only managed to irritate me since it did nothing but change up the game play for .2 seconds. The final level with the other robot has no walls so I can wonder forever? I don't know if there is a glitch where I'm supposed to die or the other robot is supposed to die honestly I don't care after replaying several times to see if I did anything wrong I decided it's not worth my time to keep trying. Here's hoping the programmer actually does keep trying, because this is not good enough.

I got to that same point, the game seemingly has no real point... Or maybe it was overly ambitious and didn't get the attention it needed and instead got a story that the user doesn't even get to see.

Fun, love the ideas and graphics. The physics simulation however is sub-par with how touchy the controls feel... It's like the ball is playing a separate game than the paddle. The paddle is fast and ready for anything  but the ball is slow and unpredictable with how it will react. It doesn't fallow physics and instead just goes in the same direction it came from creating a really easy to cause loop where you're trying to get out of a corner... But other than the ball physics WONDERFUL game, loved it!