This game is !!! I've been following it since Episode 3 and it gets me every time. The dialogue is so well-written and the characters are so hot and sexy *fans self* I can't even--

The choices!!! Are so hard!!! Which makes them good choices!!! I love the ability you have to flirt/pursue just about any character in the game, they drive me mad. Damon drives me mad. The amount of emotions this game makes me feel just--

And the story!!! I love the development we get to the story in every episode. There's always something new to be learned. And it's nice how the amnesia at the beginning isn't permanent! The lack of memories allows you to get to know the MC and settle into their character, but the addition of them later really adds to the story and allows us to explore the past. Stories are not closed books! They have a prior and a future! This game is really good at including the past as a part of the story, especially with Vexx hHHHhhhHHHmn Vexx my poor baby.

Currently, I'm failing at discouraging myself from buying the DLCs to hang with Oppo and to dig into the characters one-by-one GOSH I want to squeeze Damon's story out of him like an orange I'm sorry but it's true. Gib gib gib.

The rollback option is very helpful! It makes it easier to check dialogue you might have missed or change choices that you change your mind about shortly after making them. Or catch CGs! I have no idea how difficult that was to add into the game, but COOL and THANKS!!! The UI is great, I always have fun navigating around the menu even when I'm just checking my CGs lololol.

The art!!! Is so clean!!! And so pretty!!! The sprites and the CGs are so CRISP and CLEAN I want to EAT IT. Please tell your artist that they are an amazing person and I want to buy them chocolate pretzels.

Also I want to buy the OST!!!!! The music is so pretty, and really accents the game even though sometimes the sudden change (like with *spoiler* when Vexx was breaking down in the mine and the music hurt so much and then it changed to mission action and that was kinda distracting but THE TRACKS ARE GREAT.)

The reason I'm writing a review now instead of earlier or later is because yesterday I noticed a BG bug/mistake idk in the new episode (4 or 5 or 6 idk i can't remember numbers, the latest one right now) When MC is in space, preparing for combat training after you've selected your style, the bedroom BG has Christmas lights on/over the bed (Which I thought was ADORABLE). But the next time you're in MC's bedroom, brushing up on Orion before you land, they're gone!!! Bash's drawings and the cute mug are still there, but the Christmas lights are gone. The bed was made too, but I understand how that could change. Christmas lights aren't typically super easy to move, so I figured that must have been a mistake. They're back in the next room BG when A6 has landed on Orion and you're preparing for the Mission That Rips Your Heart Out. (I HATE you guys for that episode cliffhanger /hj) I noticed in the changelog that you guys take the time to fix typos and stuff, very meticulous (thank you I love you guys this game is amazing thank you for all you've done) so I figured you'd want to know about this!

Thanks so much for the butterflies, heart attacks, and heartache!!!! I'm So along for the ride for the rest of A6, it's made me cry like twice already.

Ps. I can't include the second screencap but here is the one where the lights are missing! 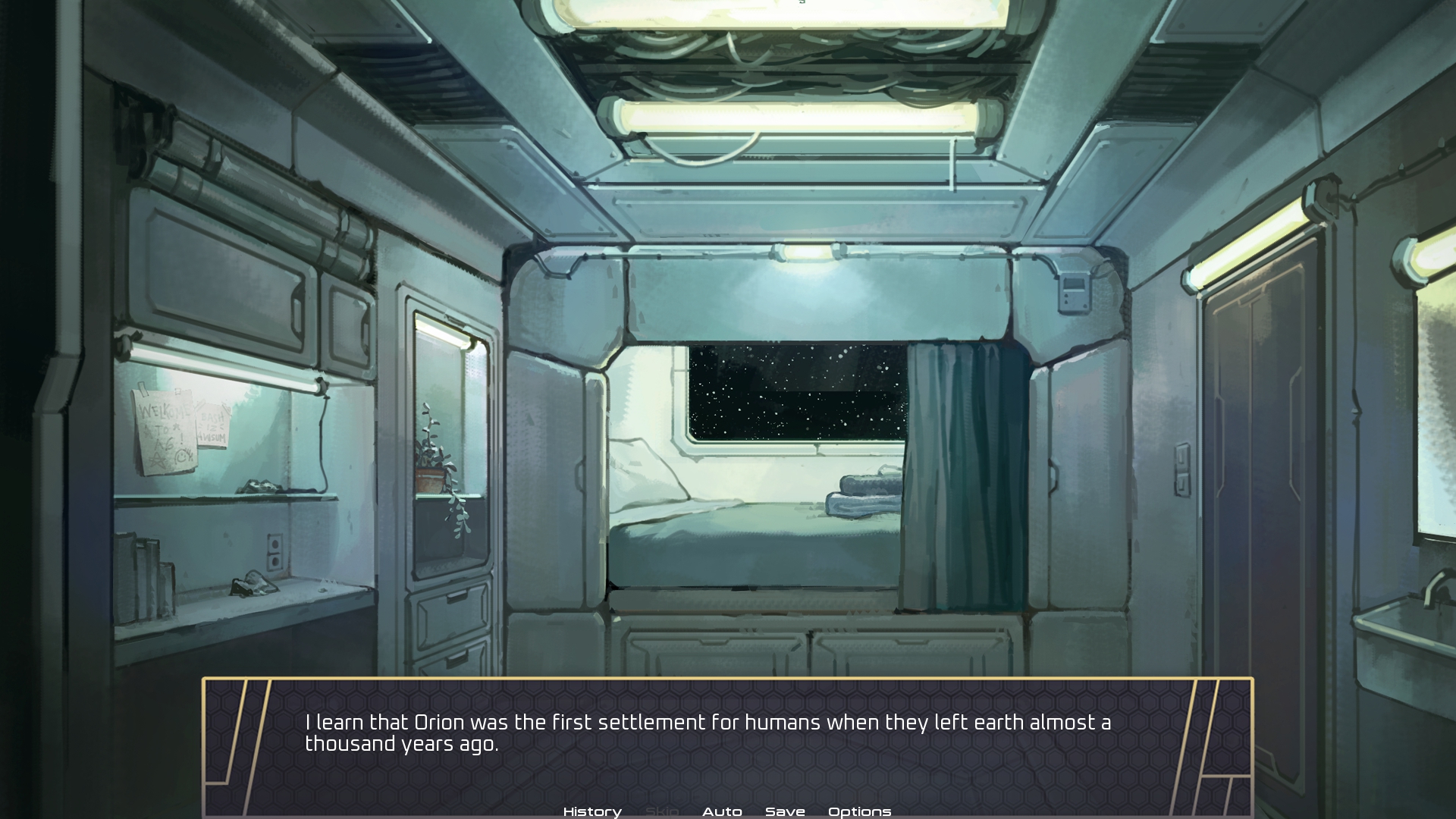 im so broke or else I'd give Angela He all my money.