Something that needs to be fixed: When you mash the spacebar between 2 walls at the end of the stage the lighting gets bright and flashes constantly, this made me have a seizure but otherwise beautiful recreation

No spaghetti code in sight!

This is already a very blatant rule, but it's obvious that not everyone actually knows or follows the rule so here's a topic just to remind you to PLAY THE GAME THE OFFICIAL WAY.

If you're on a Chromebook and the game doesn't work for you, it's because your Chromebook is too weak to run it. There is no solution to it, other than to just try it on an actually decent computer. It can even run at 60FPS on extremely low spec computers like an Acer Chromebook 314. You really shouldn't try going onto alternate links for the game as those websites are out to steal a lot of the revenue from the actual development team. Using alternate links will not only take a lot of the money that the FNF crew deserves, some websites "hosting it" also have extremely sketchy policies, and you might risk putting your computer in danger by using unofficial ways to play this actually good game. If you really want to play FNF, you should play it the way the developers intended.

I have, and the cutscenes are viewable, but I have heard that reuploads (which you shouldn't play on) can't view cutscenes. If you inspect element on a build of the Newgrounds version you can find a lot of image files for what I think are cutscenes. It does seem like a lot of them contain spoilers, so go find them yourselves.

It should be up for PST in around half an hour

Be patient lad, they're making sure everything is ready

The time the new map comes out on is dependent on your timezone. If you live in eastern US states it will probably drop at 2PM your time.

You're playing a completely different game, Ogga Bogga is not on Roblox.

The notes are synced to the music, quite well actually. This is almost definitely because of lag with your computer (not the game). When it seems like notes aren't synced right, what does the FPS counter (number at the top right corner of the screen) usually say?

Reply
Friday Night Funkin' community · Replied to Soupeye in WTF can u fix this?
Chad Flexington306 days ago

If you're experiencing lag in FNF's windows version, it's almost certainly because of your computer itself, either your computer is very weak or something is clogging a lot of resources. The game itself isn't very hardware demanding, so a decent computer wouldn't have any problems running it.

camera do be clunky funky

Late, but the easiest way to update is to get the itch.io launcher and update it from there.

Bluestacks can be super intensive on Low-end computers like chromebooks. Unless you have a very expensive pixelbook (which isn't even worth it) you probably won't be able to play anything at a playable frame rate.

Did you read the last sentence of my message? Not all chromebooks are able to open .apks. Chromebooks are based off of an entirely different distro of linux. Many Chromebooks use different architectures than what the .apk file supports.

Get the mobile version, Innersloth needs to make money somehow.

No, It's only 5$. Innersloth needs to make money somehow. If you really need to play this for free get the mobile version.

No, this is the legit game. Can you describe your problem?

the game just kinda gave up 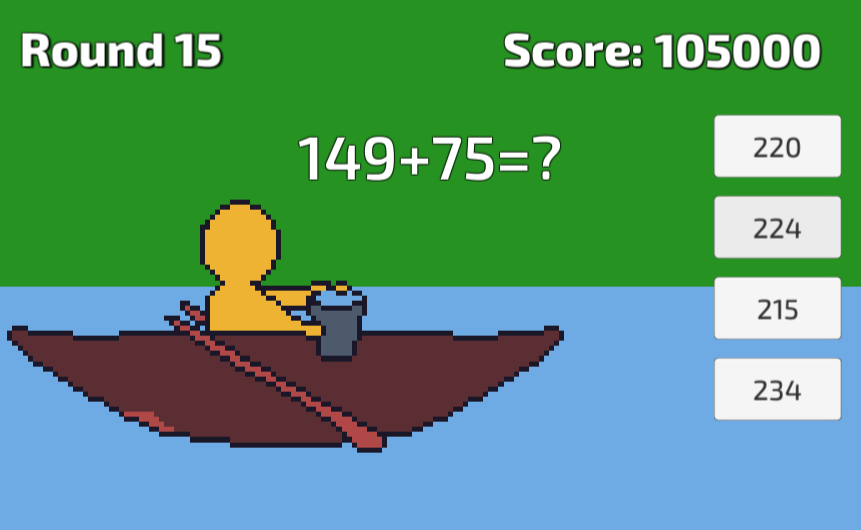 Mostly controls, but the PC version has way more hats. Specifically with the power of German engineering.

While looking at "The ballad of the liar" (https://srijal.itch.io/the-ballad-of-the-liar), I quickly found that it has nothing to do with the theme. I'm a little confused as to if it breaks the rules?  It was made for another jam but I can't say for sure if that's also against them. Could someone clear things up for me?

Explain, I've run through the game plenty enough and found none. Could you also show evidence that these actually happened?

They are 100% possible, you are supposed to wall jump.

The controls on this are extremely buggy, when you walk into a wall you have to button mash keys that don't make sense. When you hold down 1 key you keep walking in that direction but can't stop which makes this very hard to control.

Game doesn't load for me