This was really fun, but also surprisingly difficult. The music and the background noice is a nice touch. The graphics are well made, and I like how the wine is moving inside the glass. Really nice wine physics. For some reason, it’s satisfying to hear the glass shatter when it hits the floor.

The game really fits the theme! Good job on making this in such a short time.

I have uploaded a new version, but I’m not sure if the issues are resolved. It’s a bit difficult to test when I’m not able to reproduce the same bug 🐛

You’re my friend. Thanks for playing!

Thanks for the feedback. The game is complete, as far as js13kgames competition goes, so it should work. I only tried the game in Chrome on Mac. The deadline for the competition is today, so I will look into other browsers and operating systems trying to fix the issue you are facing.

If ships aren’t moving, try pressing «space» (if you haven’t already) to start the round. When there’s just one ship left, press «space» again to re-start the round.

The walls are actually just the border between the play area and the white space outside of it. I can add a border color to make it easier to see. 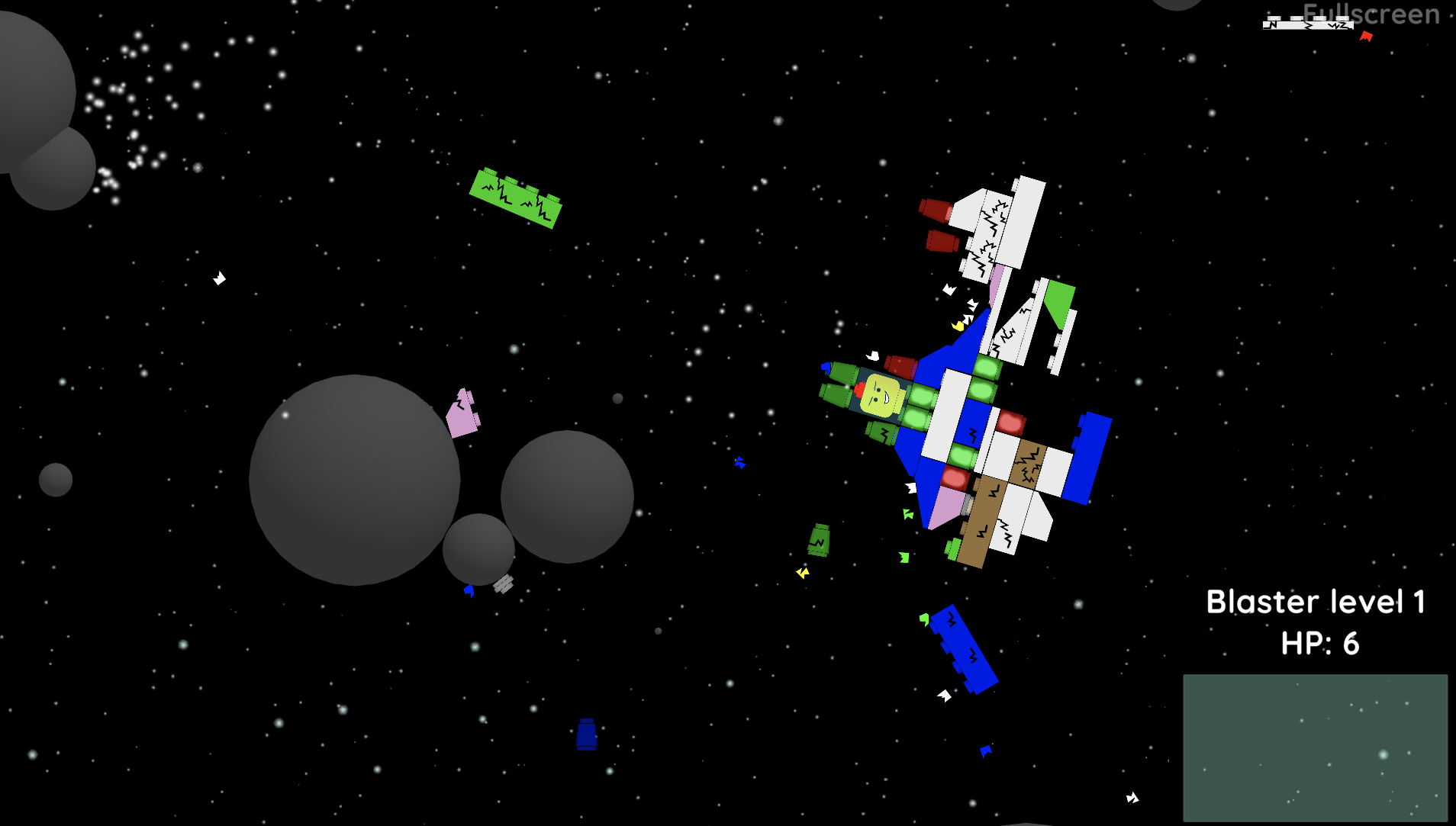 This game was really fun. It fits the theme well. Good job!

Love the radio music and the layout. Fun interpretation of the theme as well.

I like what you have done in this game. There’s a lot to explore, and the theme is well interpreted. I like the animations as well.

A lot of different technologies implemented in this prototype. Good job 👍

Reply
Gamedev.js Jam 2021 ($20k in prizes) community · Posted in I played all the games in this jam. Here are some of my favorites!
Johnonym215 days ago

Thanks for your hard work and dedication.

Interesting puzzle game. I’m glad I found a comment saying I could realign the camera by holding C. My beam didn’t really hit the goal that well sometimes. Good job on the game.

The moment I realized I could impact the mirror world, pushing a crate in the water, was a really nice wow moment. Some challenging puzzles, and an addictive game. Good job

Great game. Unfortunately, my mirror character sometimes get stuck, and doesn’t go to the same spot I did.

I like how you implemented web monetization. Clearly stating what skins are, and how to get access to them help improve your chances of getting subscribers. The aesthetics are nice, and the music fits the game really well.

Such a relaxing game. I like the contrast between the worlds.

Some monsters were more demanding than others, but a really fun game to play.

A really well executed game. The main idea is good and fit the theme perfectly. I wish it was possible to turn off the mirror effect by pressing X again.

The graphics and animations fit well together and the game is really polished. Good job in such a short time.

The music composer idea for Coil subscribers is a really good idea. It’s a good way to give subscribers some extra fun benefits!

Thanks, I was able to login now. What can I do besides logging in to the NEAR wallet? I saw my name in the game, but I wonder if I’m missing something else?

I really love this idea. The audio, synthetic voices is working really well, I was surprised.

Fun little game. I love that you can save and publish your own levels. The theme is well incorporated, and I like how the music is in sync with the flashes and the lasers. It looks like most of the work was put into the level editor (not a bad thing).

I think the laser beams are intended to come from above, and hit the flashing tiles? I’m not sure, but it looks like the lasers are flashing over tiles they shouldn’t and that kind of messes up the gameplay. I wasn’t sure sure if I got hit or not. Maybe burning tiles would read better? I don’t know :P

I think you have done a good job on this game entry, and I know myself that most of the time during this jam was probably figuring out how to work with NEAR and IPFS. Good work.

Beautiful art and music. As mentioned by others, I can only get three readings, but I hear you have fixed that post-jam. I also noticed that all (22?) cards are loaded, no matter which card you draw, so I had a look in the browser’s dev tools to see all the beautiful cards.

I love the aesthetics and the gameplay. I really wanted to try the NEAR feature you have implemented, but the link you provided to the game hosted on ipfs didn’t work.

I’m really sorry, but I was unable to play the game in Chrome. I opened the game in Safari though, and it worked like a charm. I can see that you have spent a lot of effort on this game, and the graphics are really nice. I like the idea, and the theme is well interpreted.

Funny little game to keep on your stream ^^ I didn’t know you could switch from shooting and reflecting on the same character. That is a nice feature, and can really turn the tide!

Thanks for the review. Appreciate it.

Thanks for the comment. Nothing is polished in this game, so there is a lot of things to improve. The crystal being slippery is just a coincident after random testing.

Thanks for the comment. Unfortunately, I didn’t have enough time to use the boxes for anything. Adding some trails or animations when objects get reflected would make it easier to understand and see what’s going on I think.

This was an interesting take on the theme, literally. We are actually shooting the moon. I like it. I was also able to make a shield shoot combo, which was cool.

It is difficult to do everything within a month. I think you have done a good job with the current time limit. Cheers~

Thank you for your feedback. It is really appreciated. I never thought about letting the shard pass through enemies. It is worth experimenting with it a bit at least, thanks.

You have been able to create a lot of content within a month. Good work

Thanks for playing. I appreciate the comment. The game itself is still very much incomplete, but I am happy you enjoyed the main mechanic. It makes me want to continue on it. Cheers~

A well implemented game in such a short time. And so many levels!

Thanks for playing, and thank you for the feedback. It is greatly appreciated.

Super fun and innovative. I like how you teach players what they can do before they have to think of ways to do it themselves. Like how you already put a body on the spikes.

I think this game has a lot of potential, and that is why I will try my best to come with some useful feedback if you plan on continue working on the game.

I think the background music and the sound effects are well made, and fit the game perfectly. One thing I felt was off though, was the fact that after a “planet travel” or hyperdrive, I thought my ship broke down (because of the sound effect), which made me think that I was doing something wrong.

I tried to read through the description on how to play the game, but I still had difficulties understanding what I was doing. I love that you highlighted the buttons and sticks I could interact with. It made it a little bit easier to do things. The only thing that was a bit quirky was that I had to lever the control to match the number on the screen exactly (f.eks -1).

The UI is well made, and I think this is the most unique and innovative part of the game. The way you navigate and makes it feel like I am actually travelling through space.

I was able to become friends with Humans (Diplomacy), but I was able to befriend them without interacting with any of the planets I travelled to at all. I just hyper drove all the way through. Maybe if we were forced to do some interactions on the planets, the game could be even more interesting.

I know that you only had a month to work on this, and it is difficult to create a perfectly polished game within this time. That being said, I think you have managed to create something that looks great, has something different than what I have played, and the current quality is way better than a 1-month game. Good work.

The music was absolute killer. I tried to find it in the GitHub repo so I could download and listen to it. Please put it on Spotify already :D

I loved the time slow function, and the sound effects that came with it. It was really difficult to avoid all the bullets, so I am happy you had that feature available. I am also glad that the hit box of the main character is small. Because I think I actually hit more bullets than what was registered.

I feel like I became a master at pixel art. Just the game I needed ^^