there is a fanmande fake one also READ

WHAT IN THE HECK

this isTommy.  His favorite teacher is Baldi and every time he sees you in the hall breaking a rule he will scream witch causes the principal come up to you and he says "No breaking rules in the hall".  Also, if he is near you and Playtime is near too(or if Playtime is anywhere) you can make him jump on the jump rope. He has an item if you hit him with BSODA then he drops a Dollar (witch is counterfit and if you use it the BSODA machine becomes out of order. Here are his quotes, "You have a drink i need to tell the principal" "I HATE YOU AND I HATE YOU PLAYTIME" "No Zesty Bars in the hall" "NO NOT MY DOLLAR well at least its fake HA HA HA HA" "THAT IDIOT 1ST PRIZE". His voice is supposed to be a distorted  Male British computer voice.  When the school turns red he turns red and screams non stop in one place. 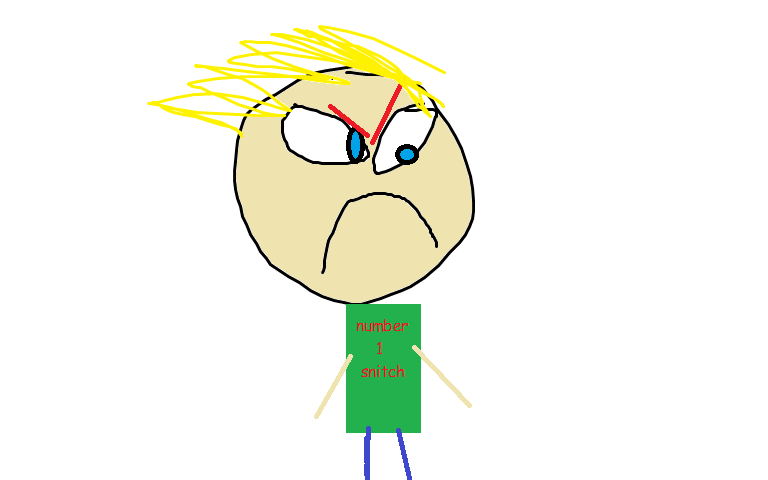