Mission accomplished then, thanks!

I really appreciate the kind words

Happy to hear you liked it, thanks

I like the map style and the styling of the document fits right in as well. I also found the use of household items in character creation and as a resolution mechanic very clever. After a read-through, this game is definitely going on the list of one shots to play with my live play group when we don't get to continue our regular campaign, it seems right up our alley

I agree. I did a search on "jam" in this forum (which is also how I came up with your post) and so far none of the requests for this feature got an "official" reply. It is frankly a bit exhausting to have to click through the jams with titles that interest me and look for a mention of the games being rated on audio and graphics or a rule that lists the allowed game engines to figure out if a game jam is for TTRPGs or digital games.

Reply
itch.io Community » General » Release Announcements · Created a new topic My first game is a rules light solo narrative TTRPG all about you averting a catastrophe with the help of your ancestor Phineas Holmes' wisdom
heptagonentertainment186 days ago (1 edit)

The BBC Mini Series "Good Omens" (itself based on Neil Gaiman and Terry Prachett's book of the same name) contains exactly the kind of absurd/fantastic storyline and humor that make for a great time in a TTRPG. After watching, I was especially left interested in Agnes Nutter's prohecies, so I decided to create a game based on averting a catastrophic event with the support of an unlikely friend in an opposing faction, helped along by prophecies from an ancestor - except this one is genre-agnostic! Want to play in a grim WWI setting trying to figure out a truce? You go for it. Want to play in a whacky retro sci-fi setting in which the world is about to be consumed by an alien entity? There's nothing stopping you. Especially not me; in fact, I will point you right this way. 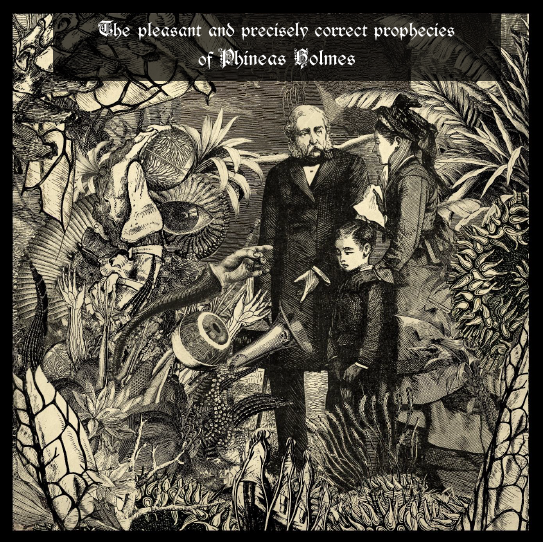 This game was included in a bundle I received, and my group and I decided to try it when the GM wasn’t able to prep for a regular session. That turned out to be tricky time-wise as you generate the background spontaneously and there is no structure that would cap or guide session length (except the overall end goal) so it turned out we needed that, plus part of the next session (usually 2 ½ - 3 hour sessions).

We agreed that one thing this game needs is more explanation of the pillars. We found it hard to generate meaningful pillars beyond the examples given and some of the examples are rather general. Like “the cruelty of your death” can be used on every single roll that advances the plot. It would also be helpful to have an explanation on how to handle combat (do NPCs roll?).  The wrong numbering on a table another commenter mentioned has not been fixed yet. These things make the game appear rushed/incomplete, though it could be a result of being based on lasers and feelings, an already very rules-light game.

That said, the premise is quite interesting and the mechanics of separate rolls for head and heart synergizes well with the theme. In general, the players said they enjoyed the game.

This game was part of a bundle I received and we played it when our GM couldn't make it to the regular session the other day.

As a group (3 players at the time) we tend to be more on the silly side with our regular games as well and Space Train Space Heist turned that up another notch. We're also experienced Microscope (Ben Robbins,  Lame Mage) - players, meaning we were already comfortable with extremely rules-light improv games. If that doesn't sound like something you enjoy, you might want to stay away from this game - the rules are bare minimum, which isn't a bad thing if you can handle it but it's not for everybody - everyone else should absolutely go check it out!

I received this game as part of a bundle and decided to give it a try. The style of the rules document works very well with the content of the game and while I think I would have enjoyed some more setting information about the city itself (for example some descriptions of individual locations that you could include in your game if you wanted), you can certainly work with what has been provided. I found the prompts very evocative and they convey the feeling of this odd, mysterious, ever-changing city excellently.

As a journaling game, the rules are naturally very simple; no surprises on that front. I did think the mechanic that eventually also ends the game is quite nifty.

Overall, I enjoyed playing this game and would encourage you to check it out as well