Thanks, glad you enjoyed it! There are plans to expand this into a full-length game (with romanceable characters!) at some point, but the team and I are all tied up with other projects at the moment so I unfortunately don't have a timeline for when it will be out. Keep an eye out for announcements though!

Not in this volume since it's just the beginning of the story, but it's definitely a possibility in the future as the characters develop!

(That said, this isn't a romance-centric story; if anything it'll be a subplot.)

It's not a romance, so don't expect TOO much, but a large chunk of the cast is somewhere on the LGBT spectrum, yes.

That's on my to-do list, just haven't gotten that far yet.

Thank you so much for the kind words, I'm really glad you liked it so much!! The team worked really hard on it so I'm glad it shows haha.

(We also all very much enjoy the duck 😁)

As for a gallery, that was kind of on our wishlist but we ran out of time to do it for the jam. At some point there'll be an updated version of this with voice acting and some other features, and I'd like that to be one of them.

Aww thank you so much Vimi!!

(I will also take a hot cocoa with mint schnapps, please.)

Thank you!! Glad you enjoyed this installment as well! More is certainly on the way :)

Hey thanks for being the first streamer/YouTuber to play the second one! I'm glad you liked this one too! As for more decisions, I am planning to incorporate more gameplay features like branching dialogue and point and click segments in future chapters, but it's never going to be anything that changes the outcome of the story because that gets really complicated, really fast. I'm still one person doing all the art, writing, and programming for this, so I kind of have to limit the scope if I'm going to get chapters out in a timely manner haha. I'm aiming to have the next one done later this summer!

Sorry for the delayed response, but thank you so much for playing it on your channel! I'm glad you enjoyed it and I hope you like the second one as well!

Play Dead! is a story about a literal band of idiots who accidentally adopt a ghost dog while on tour, and suddenly can’t seem to stop getting into supernatural shenanigans on the road.

Corey, Kaleb, Brian, and Savannah make up an up-and-coming pop punk band, currently touring in a junky van that breaks down in the middle of nowhere, a little too close to a haunted house. A trip inside to look for help ends with them running out the door with an unexpected stowaway--the ghost of a small dog that once lived there.

From there on out, things get exponentially weirder, as they suddenly seem to encounter some kind of supernatural creature or unexplainable scenario in every other town they pass through. From vampires and werewolves, to a giant fluffy spider-octopus, to a haunted payphone in their green room that the venue staff has conveniently never seen before, the band always winds up down some paranormal rabbit hole, usually while chasing their incorporeal pet. 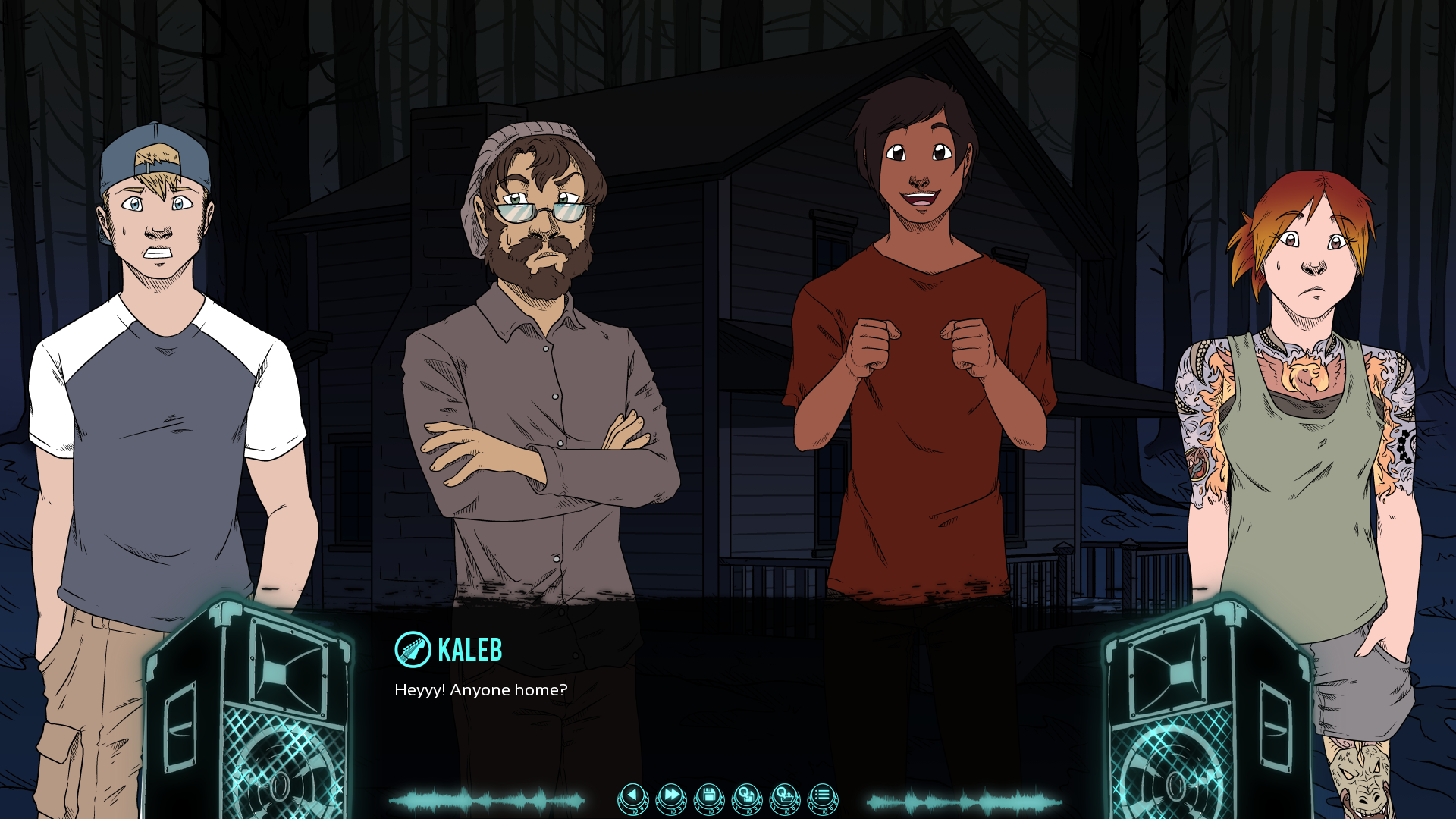 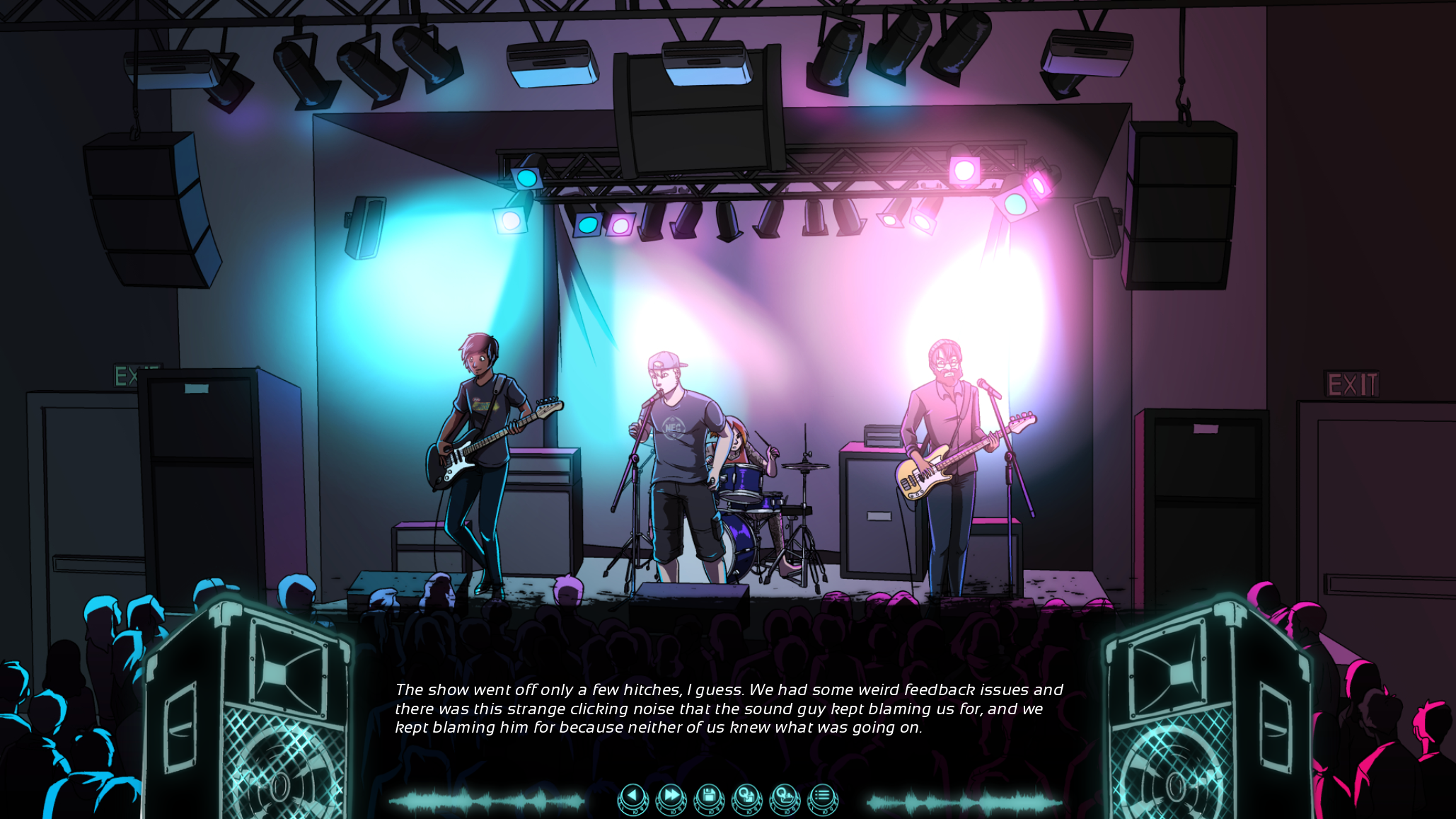 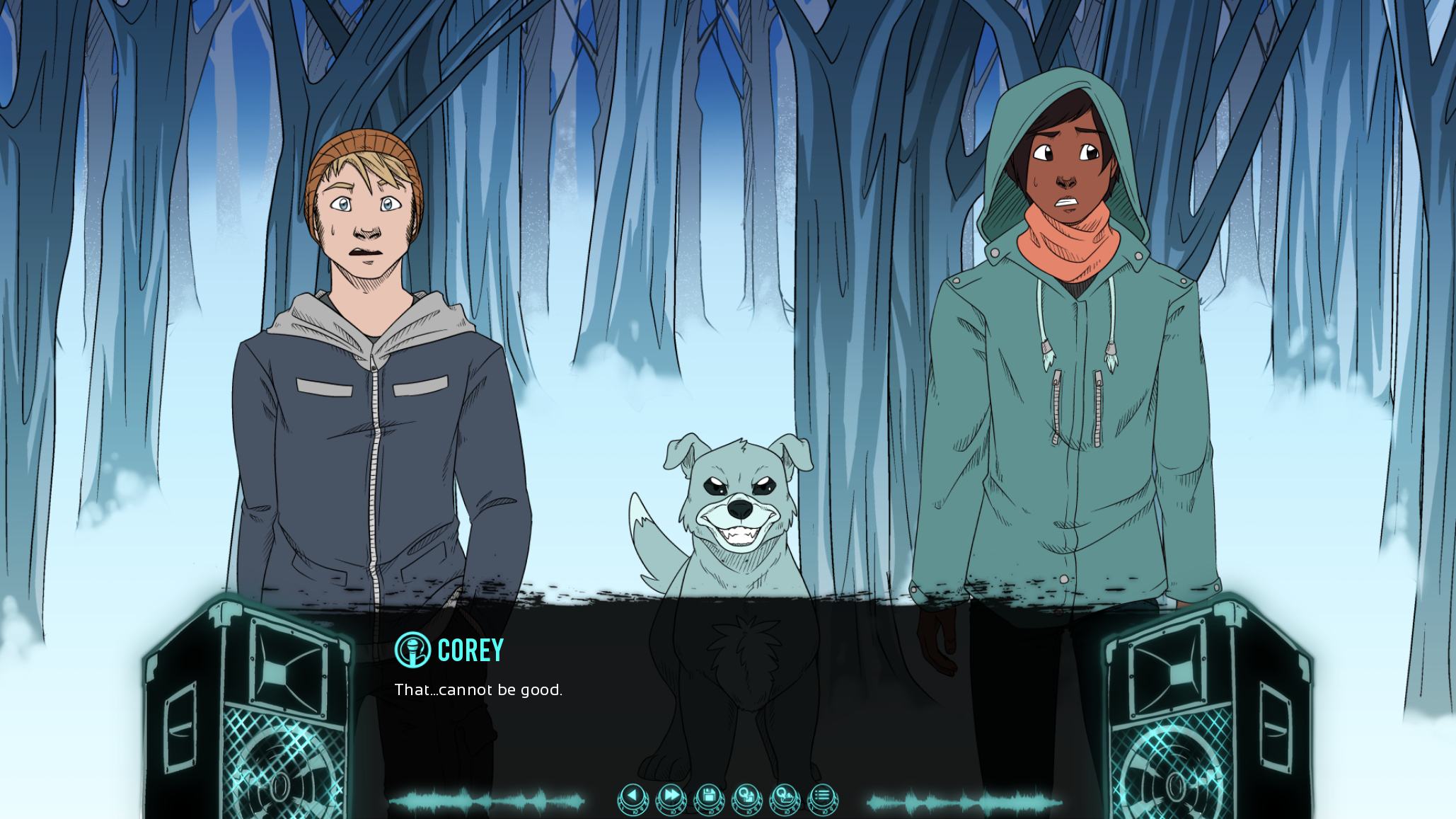 Thank you!! That is what I was looking for. I figured there was an easy answer, I just didn't have enough brain power left to figure it out ahaha.

Okay, I might be missing something super obvious here because it's late and I've been staring at a screen all week, but I was wanting to use Itch's reward system just to provide a small digital reward (a wallpaper) to people who donate a dollar or more on my free-to-play game. I don't need to collect anyone's information, just want to provide a download link when the reward is claimed. I'm a little confused by all the "add field" stuff; is there a way to just show text or a link when something is claimed? I really don't want to collect a bunch of email addresses and send them out individually.

(Again, sorry if this is a dumb question, I am very tired.)

Okay, I just got a chance to watch this, and it's probably my favorite read through anyone's done so far haha. To answer at least one of your questions, the pictures in the green room aren't references to anything in the future of this series, but are references to my other VN series, DreamCatcher ;)

(Also, I, too, would be the Brian in this situation hahaha.)

Thank you!! Glad you liked it!

Thanks, glad you liked it! I don't have a release timeframe yet but more is in the works :)

Glad you liked it, I enjoyed your read through a lot! I kind of wrote this as a pilot episode that I could expand into a series if people wanted to see it, and at this point enough people have expressed interest that I'm working on writing some more chapters. I don't have a timeframe yet, but there will likely be more down the road :)

Thank you! I'm working on writing some more chapters now, so there certainly may be more to come!

Thanks! I'm glad you liked it, especially the art! A lot of work went into that haha.

Possibly! I wrote it as a sort of pilot episode that I could continue into a series if people were interested, so I'm certainly considering making more :)

Anyway yeah I know the website's broken; it's some bug that I had nothing to do with, I'm working on figuring out how to fix it.

Thank you! I'm glad you liked it!

Thanks! I'm still not 100% sure I'm going to continue it but if enough people ask I certainly will haha.

I was wondering if anyone would catch on that Unspoken was a real site haha. I do some writing and graphic design for them so I thought it would be a fun cameo.

Anyway, I'm glad you liked it! "Scooby-Doo for adults" was kind of what I was going for haha. I can't watch the video until I get home later but I can't wait to!

I technically am on there and I read it now and then, I just don't tend to participate on Discord because chats move too fast for me to keep up with 😅

Thank you!! I'm not totally sure if I'm continuing this or not, I'm waiting to see if there's any interest in it, but if people want it I would love to make more!

Ahh thank you!! I won't be able to watch the video until I get home from work later but I can't wait to see it! 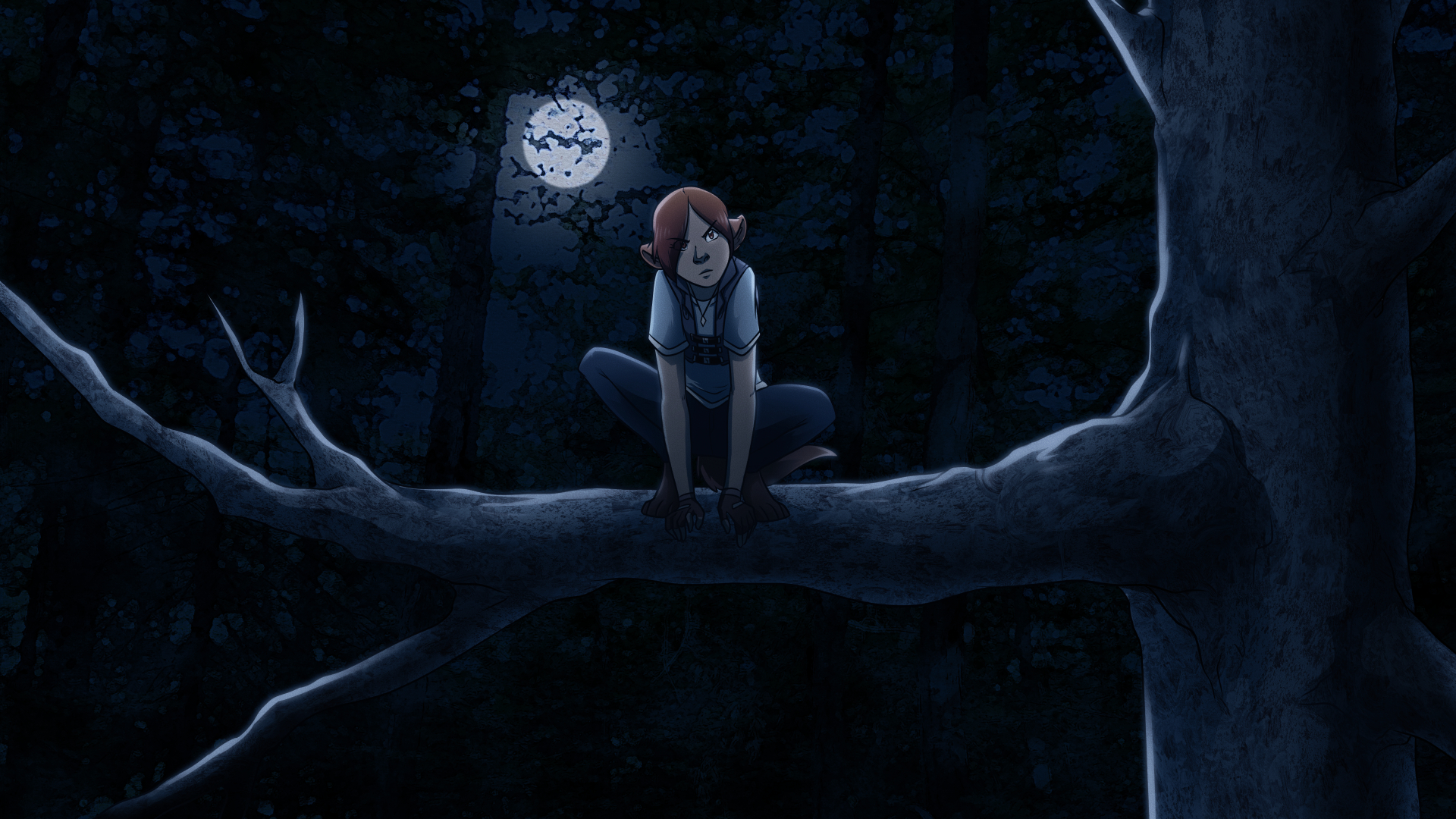 Still picking my way through CGs. Almost all of them are lined and flat colored; I'm mostly working on shading and effects now. Art is probably like ~75% done overall. 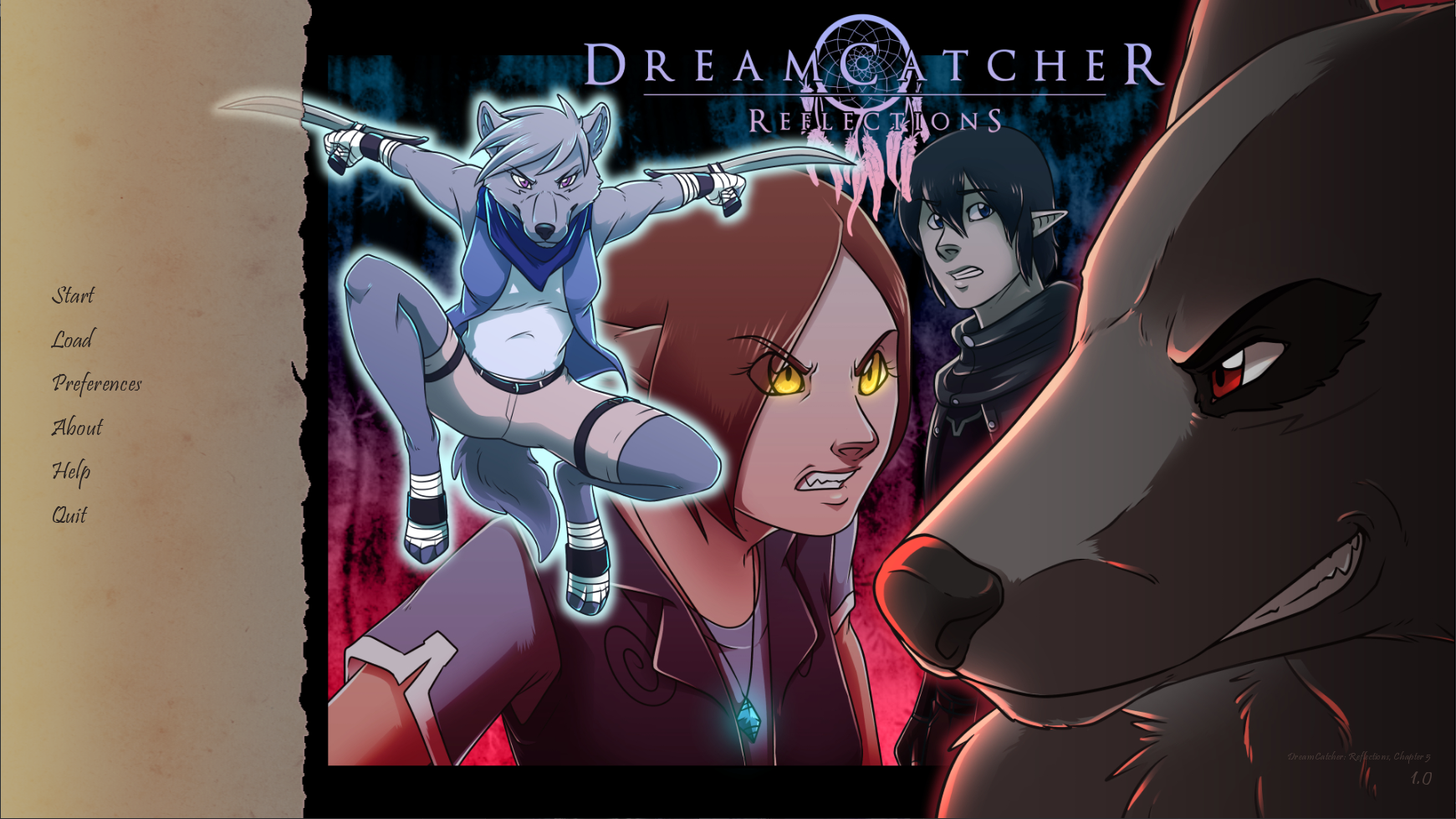 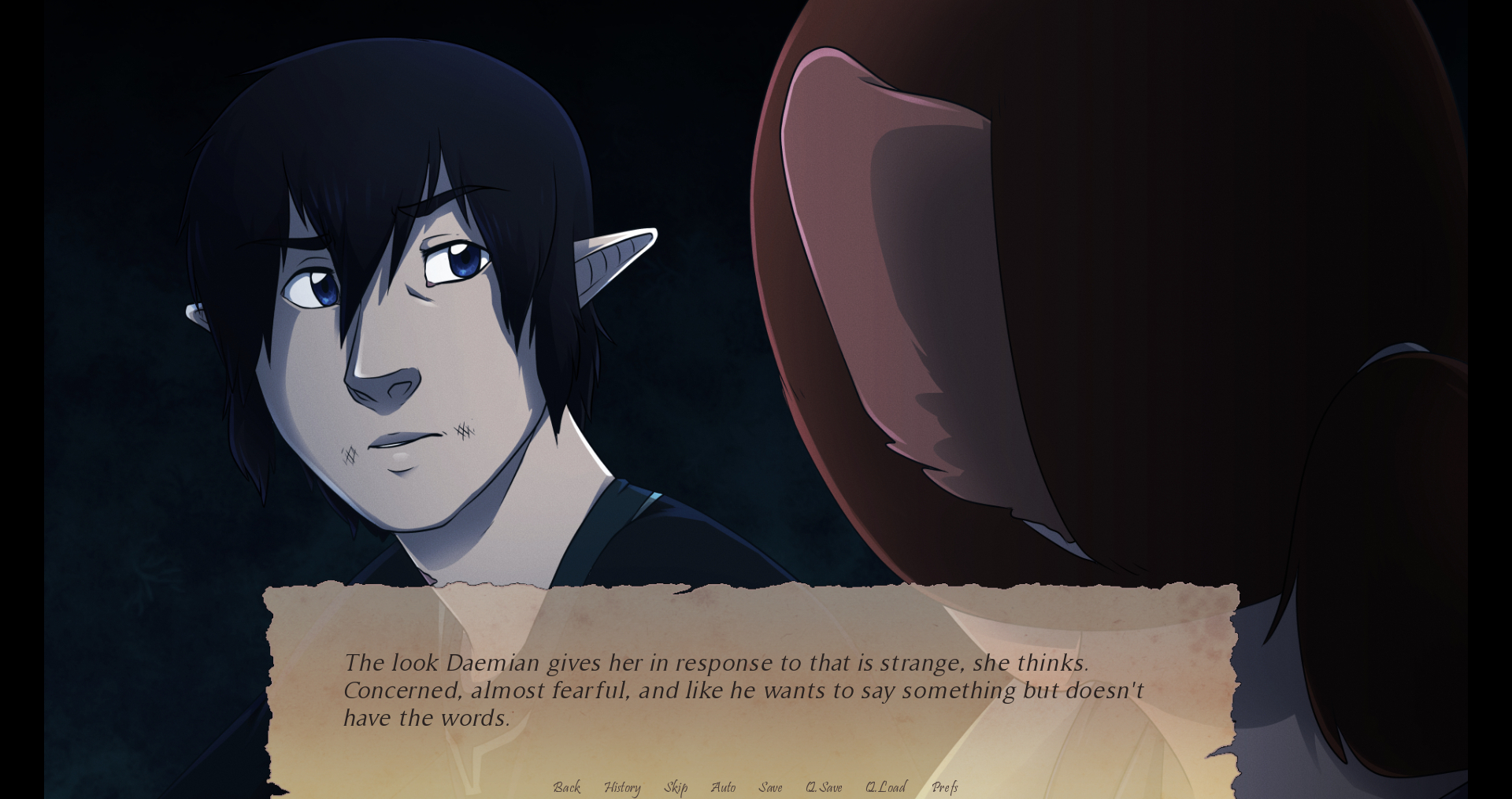 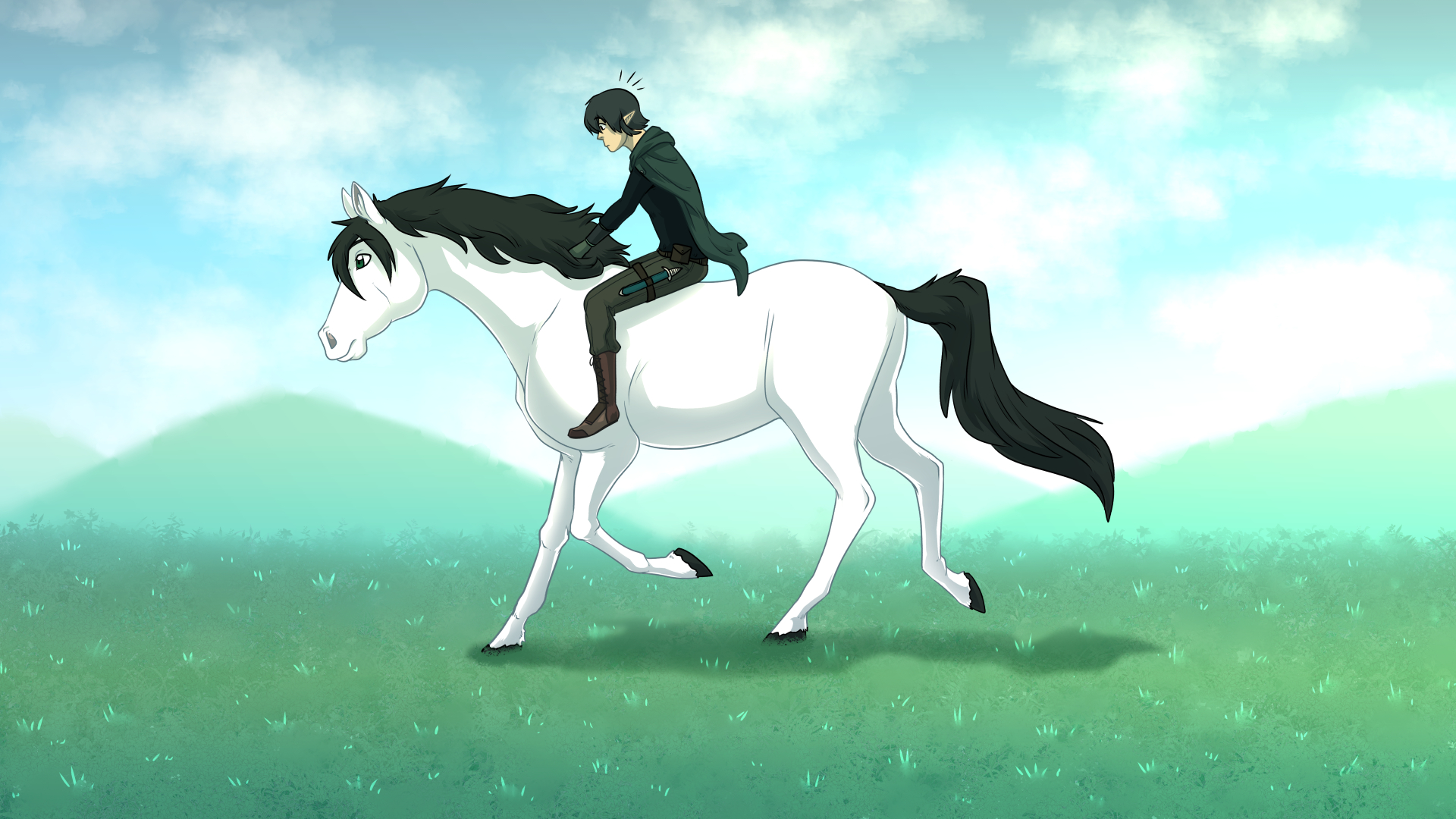 I have not gotten a chance to update this lately, so, here's the title screen for chapter 5 and a couple finished CGs. As it turns out, going back to work to some degree and having 40 fewer hours a week to work on this did through me off schedule a bit, so I might be looking at a mid-September release for chapter 5 instead of early September, but it shouldn't be later than that. At least I hope not. 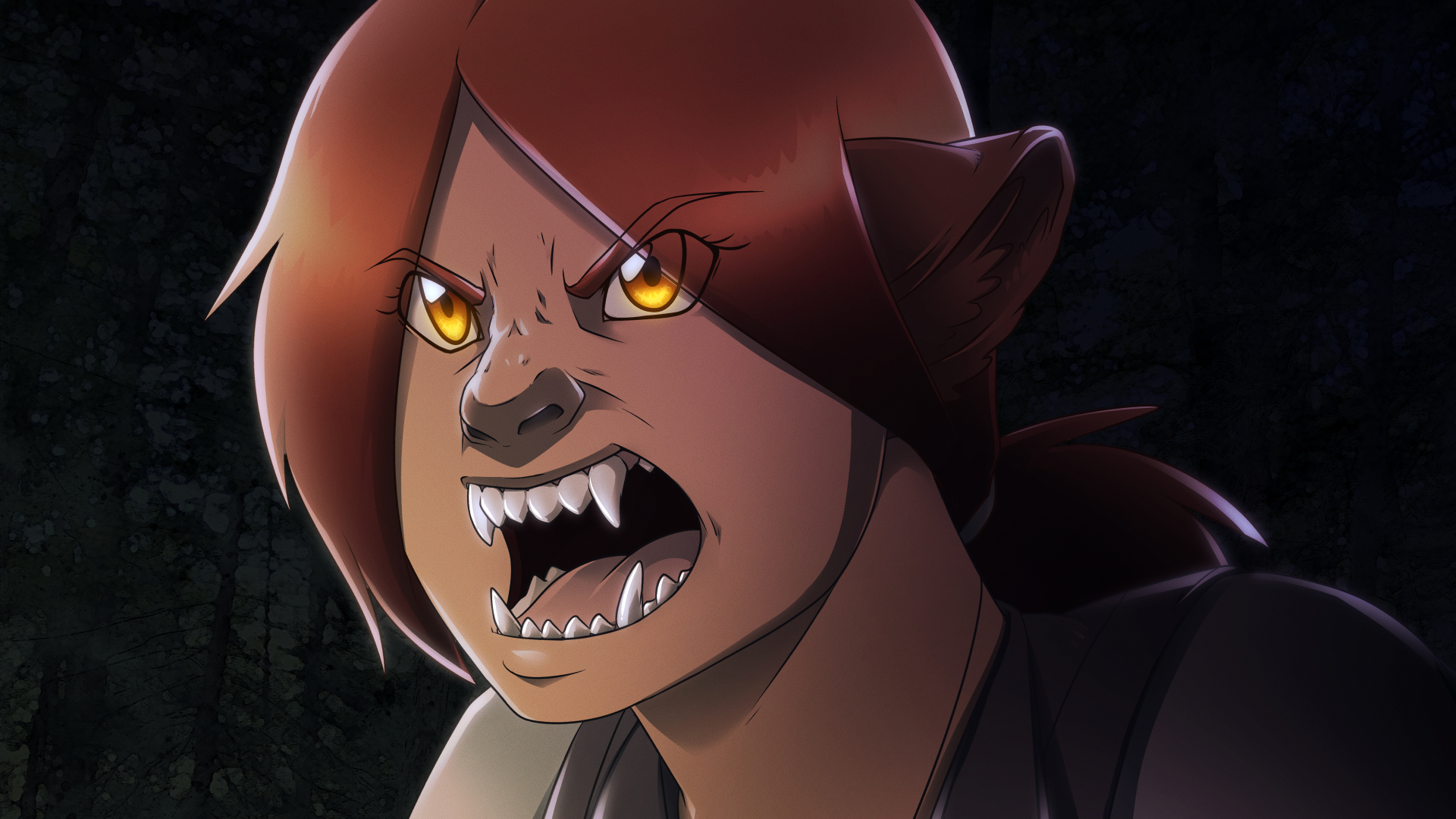 Got derailed for a few days by going back to work (sort of), but I'm trying not to get too far off-track. I pretty much always color the scenes I'm most excited about first. 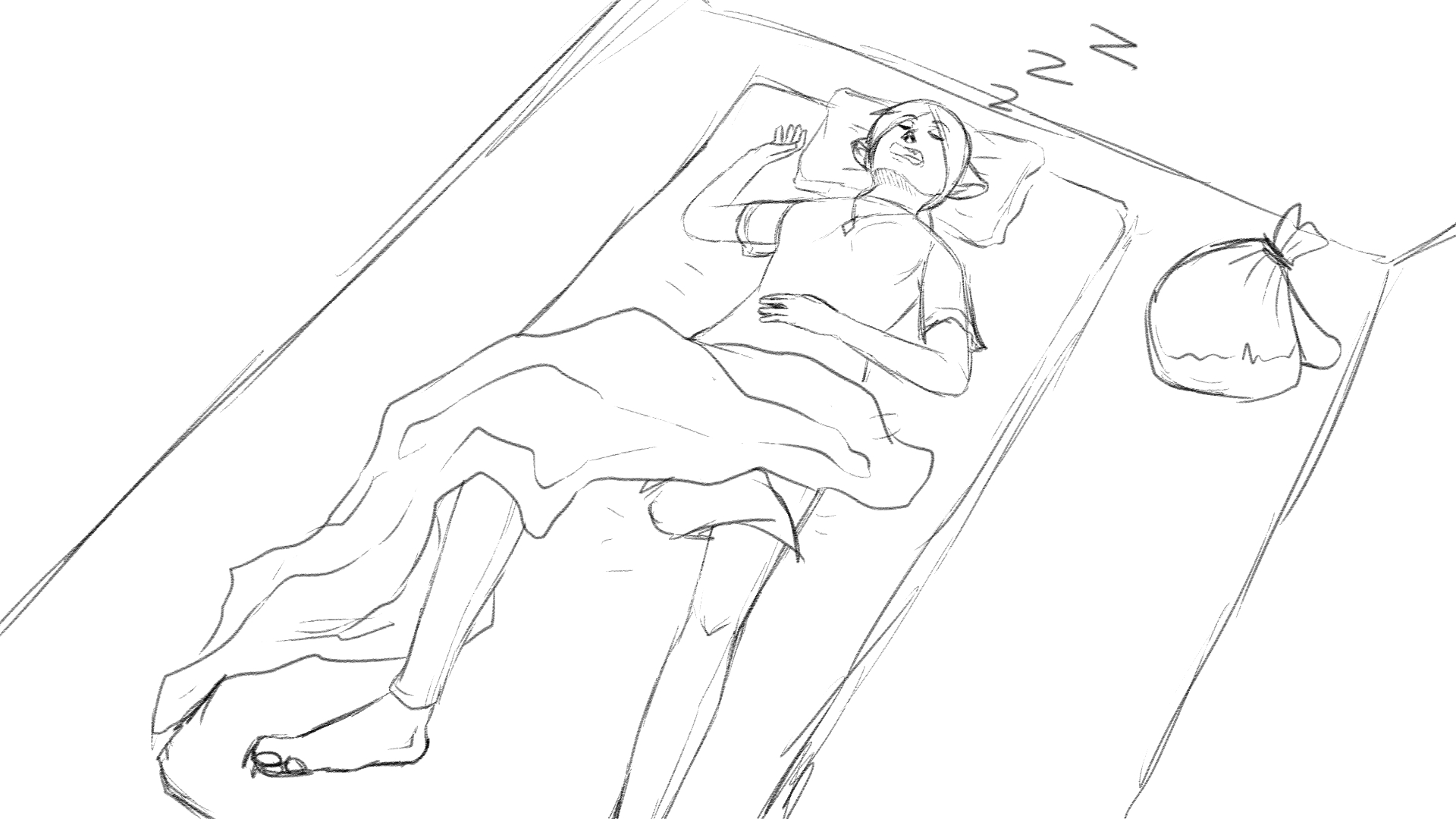 Scribbly thumbnails turn into somewhat less scribbly sketches. 29 out of 47 planned CGs for Chapter 5 sketched so far, and that's after paring it down from like...53, I think. Luckily I don't have to do much in the way of new sprites for this chapter. 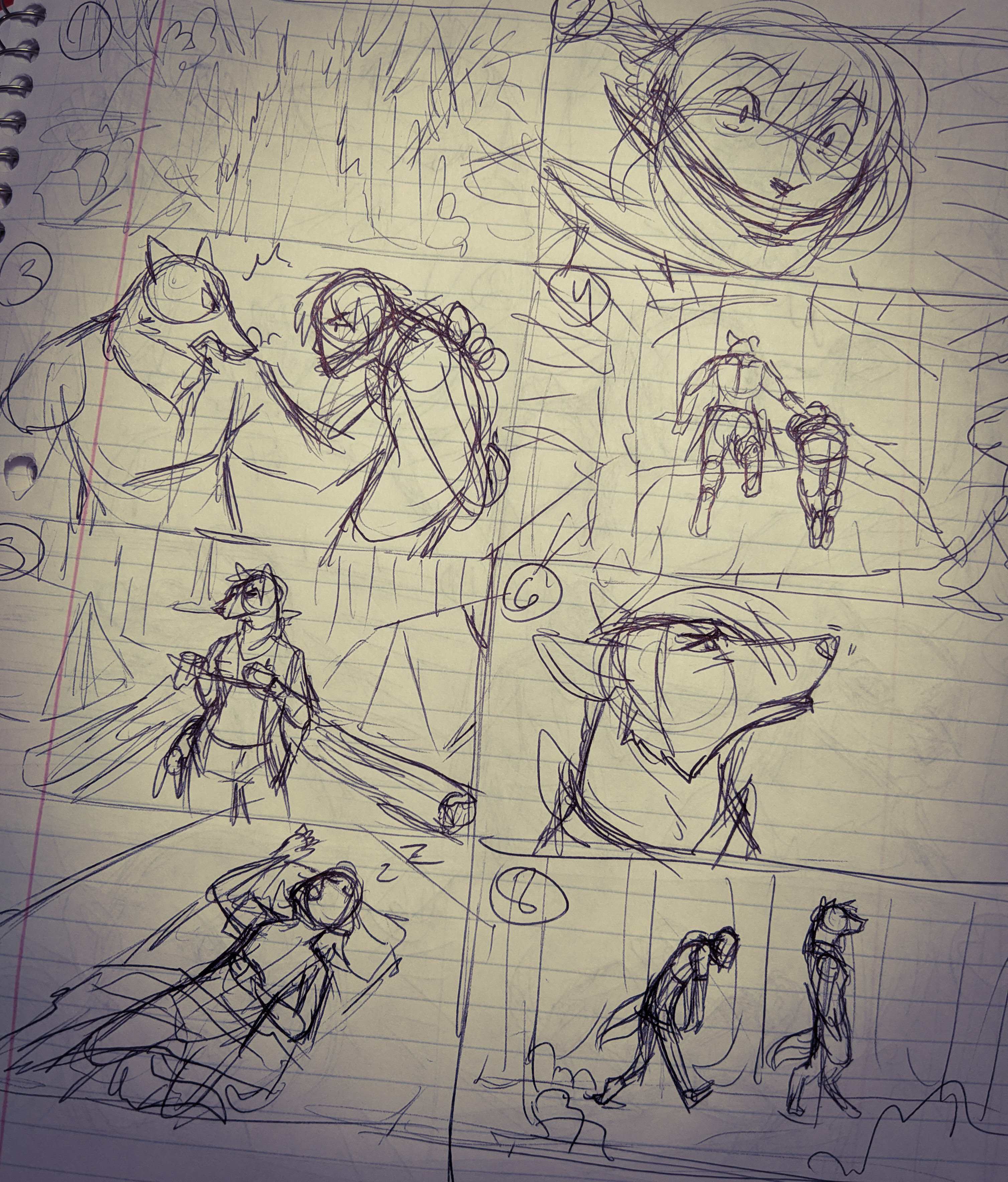 First update! Still working on the trailer but I did get a start on Chapter 5 today. Created the new file and put the script and basic coding in place so it at least runs, plus added the UI images, fonts, etc. Also started working on some extremely messy art thumbnails--don't worry, they always look like this.

I'm still looking! If you have examples of your work, send them my way!

I'm looking to get a few of my main character's lines voiced for a trailer for my visual novel series. It's only about 8 lines/30 seconds or so worth of material. Character in question is a teenage female; sort of mid-low range, American accent, and a bit distant and melancholy, if that makes sense?

Here's a video playthrough of the first chapter; the lines in question would be the intro ones in the first 40 seconds or so:

I don't have MUCH of a budget, but I can afford to pay something, at least, so either drop a reply here or email me at dreamcatcherreflections@gmail.com with demo reels and prices if interested! 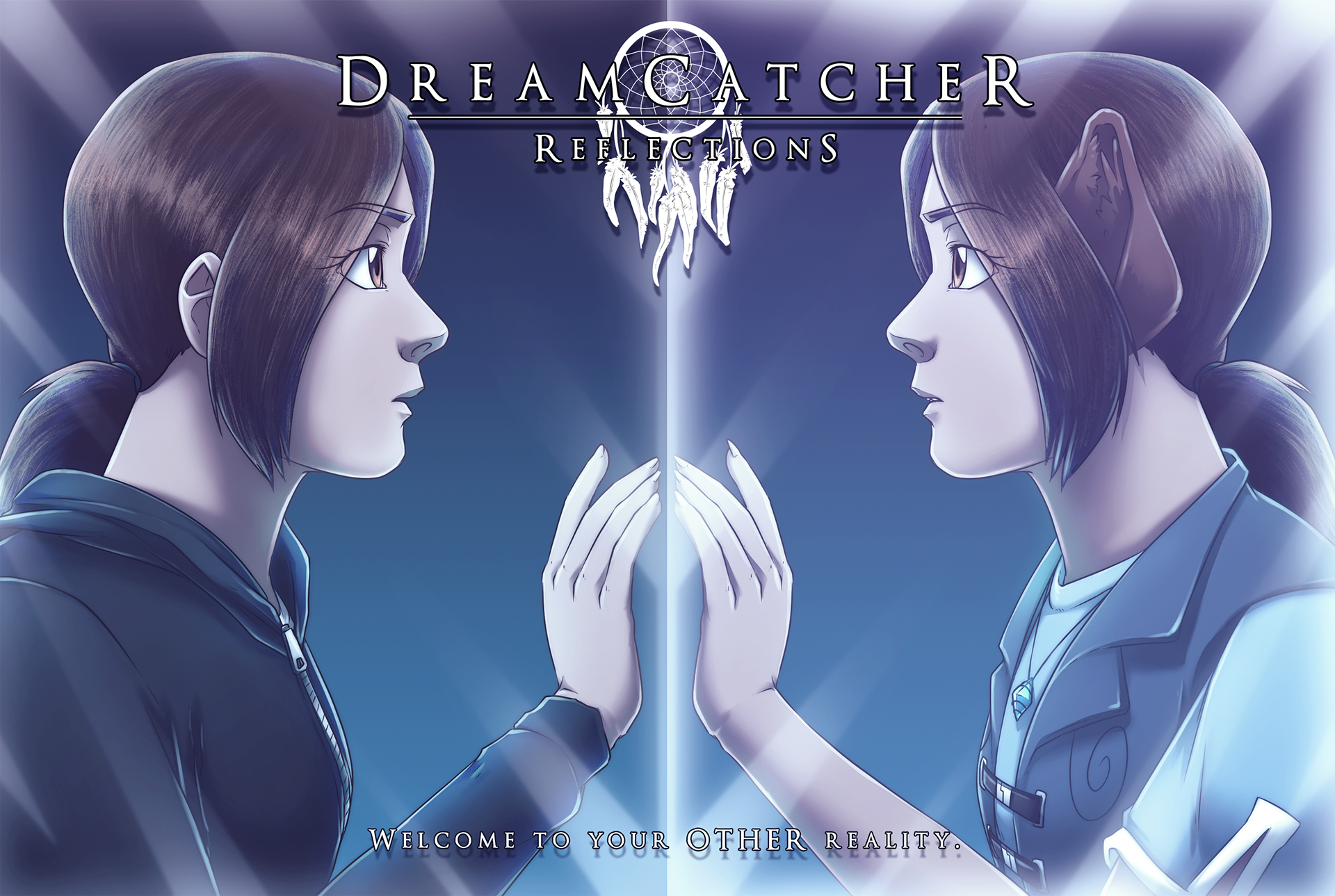 Riza Wolfe is the kind of person often referred to as a daydreamer. With her high school days approaching an end quicker than she would like, and the threat of a mundane adult life looming over her, she’s always wondering if there’s something more out there.

As it turns out, there is.

One day,  Riza receives an unassuming dream catcher as a gift, and soon after finds herself following a character she thought she’d made up through a mysterious nexus realm and into a parallel world, where she is supposedly one of seven “Dreamers” of legend. She gets what she’s always wanted–an adventure, and a greater purpose…sort of. The problem is, no one seems to know exactly why the Dreamers are there, just that means something very, very bad is coming. It’s up to Riza, her new werewolf guardian, Luna, and the assortment of companions they collect along the way to unite with the other Dreamers, and figure out why they were summoned…before it’s too late.

DreamCatcher: Reflections is a fantasy adventure story told in the form of a series of kinetic novels–visual novels with a linear storyline and minimal “gameplay” elements. DCR is a reboot of my old webcomic, DreamCatcher, and retained a few comic-y qualities--namely a ton of art. It's being released in short, one-chapter updates every 1-2 months, and each chapter features dozens of unique CGs, sometimes strung together for some psuedo-animation. Most of my posted screenshots are just CGs and it's only ever a small fraction of them. It's very much inspired by isekai anime and JRPGs as well as typical western fantasy stories, so if you like that sort of thing, maybe check it out.

WHY I'M ON THIS BOARD:

In short, because this thing is being released in multiple chapters as many individual projects, it doesn't really make sense for me to keep devlogs on each chapter page, so I thought I'd put one for the whole project here. As of now, Chapter 4 just dropped and I'm taking a brief break to work on  a trailer, because somehow I never made one of those, before getting to work on Chapter 5, which I'm hoping will be out in early September. Note that that's Chapter 5 out of a planned 40+, so we're really still at the beginning of this thing. I've been steadily making "quality of life" type improvements with each chapter as I'm learning to use Ren'Py--better sprites, more movement, layered audio, etc. I'm still pretty new to coding and a lot of dev stuff, so bare with me. 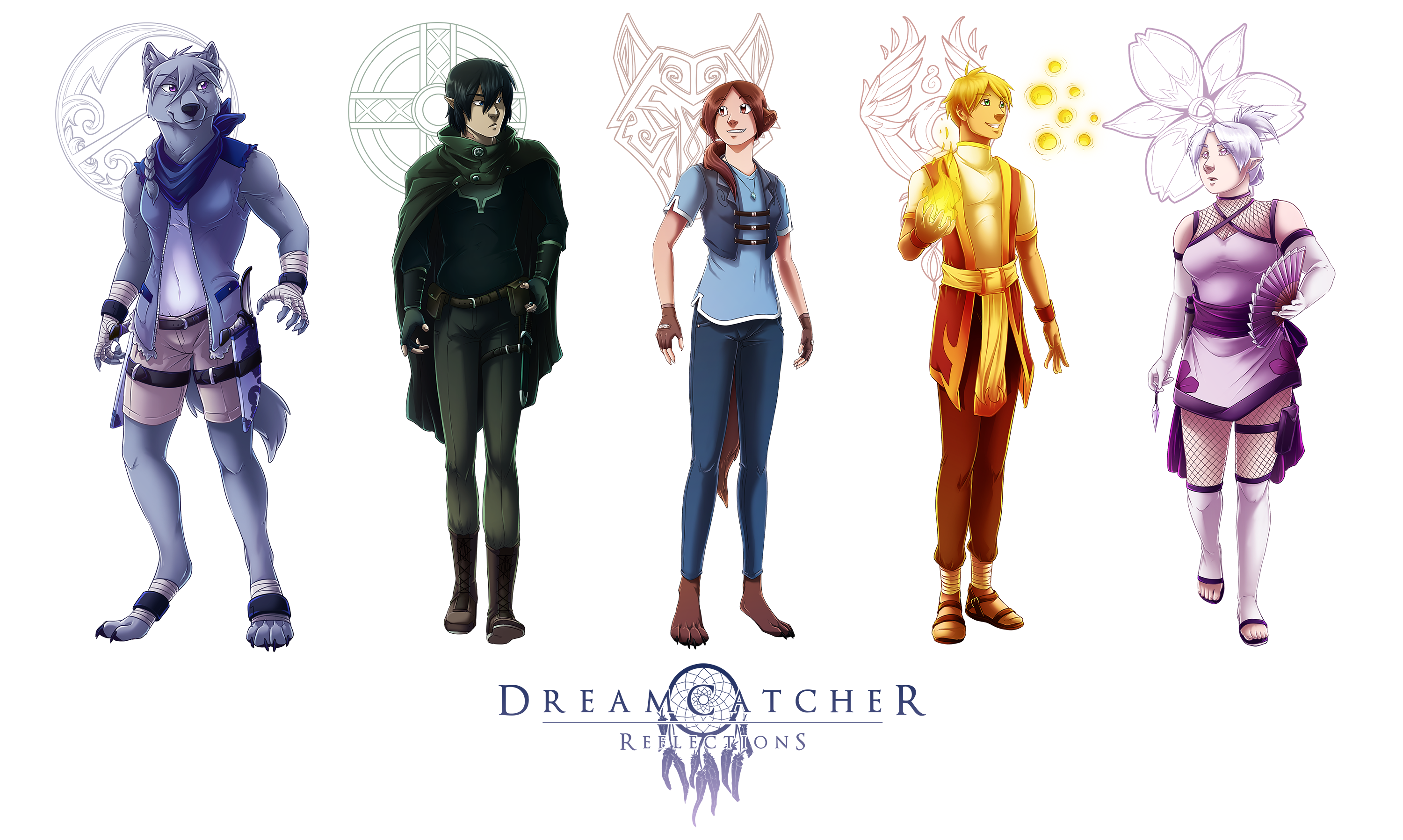 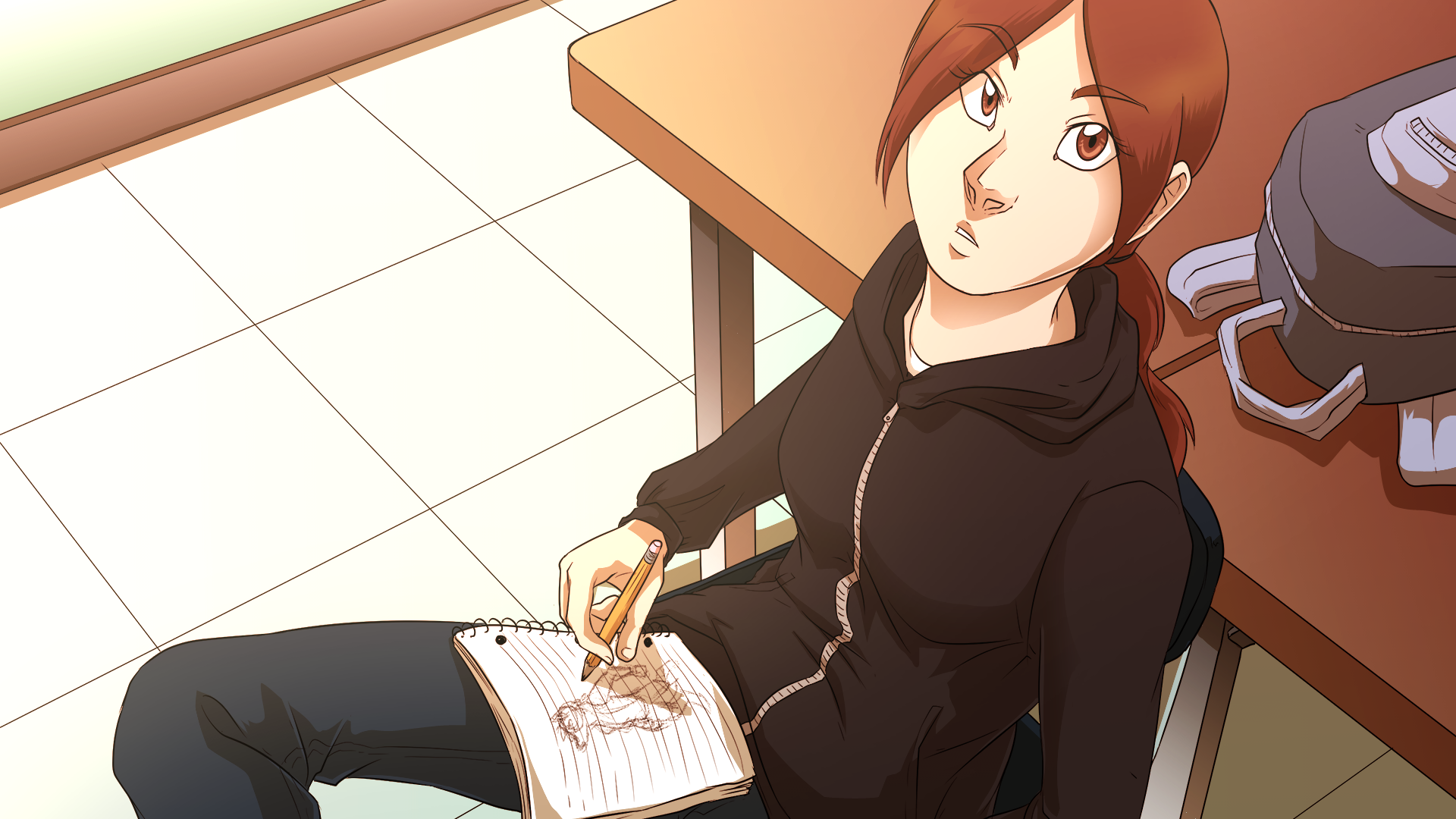 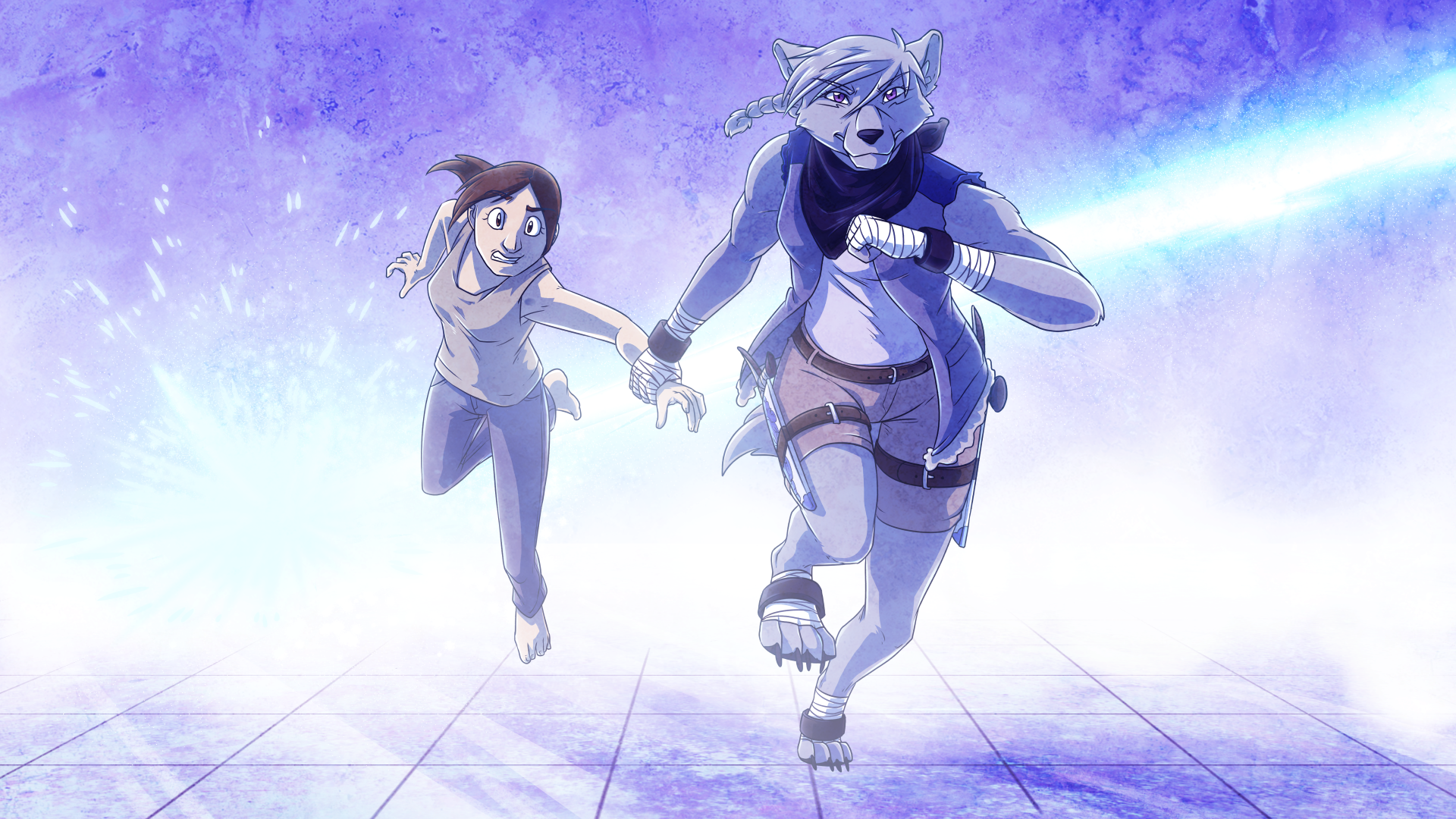 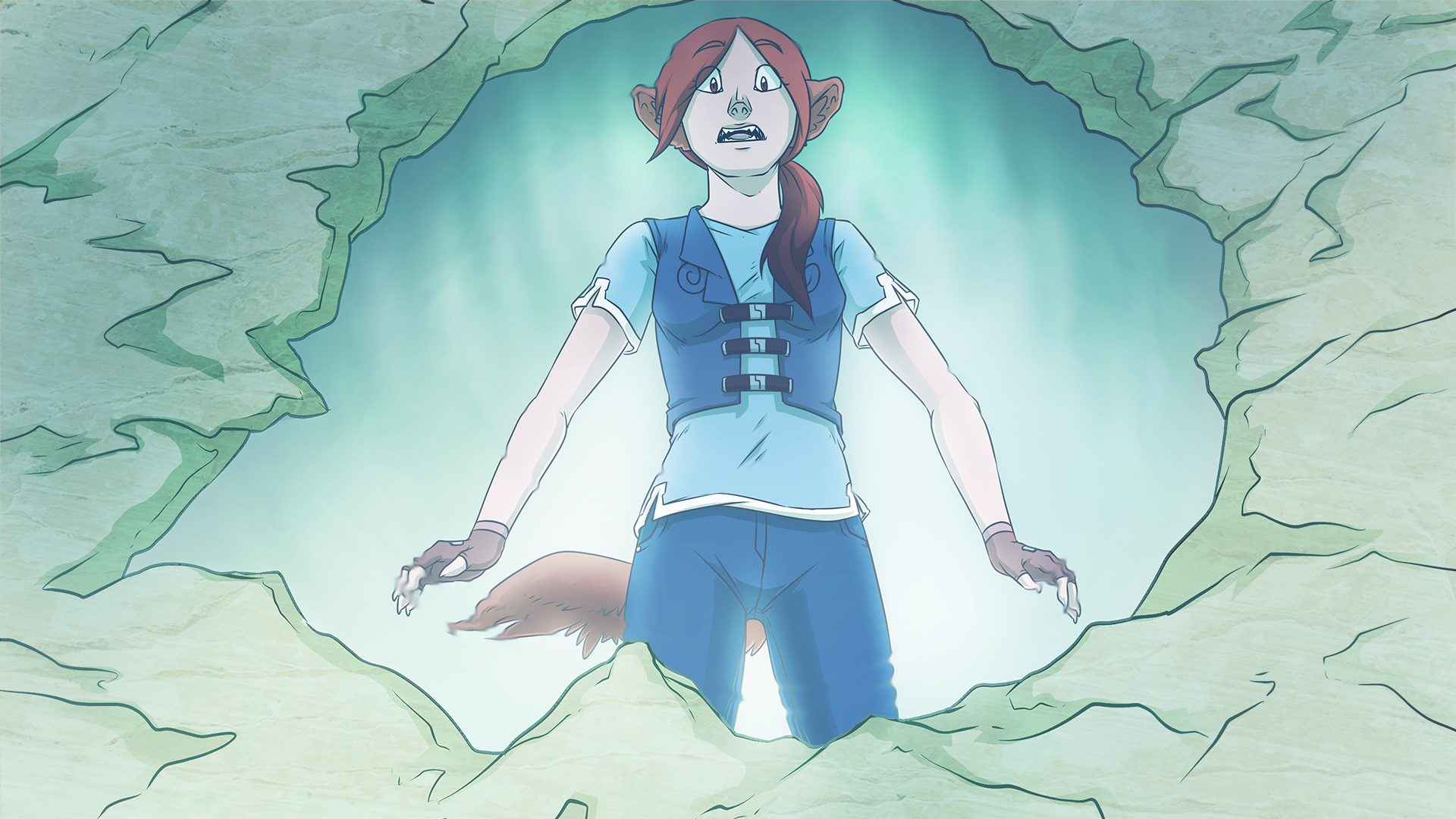 I will *attempt* to update this regularly with progress reports on each chapter. Here's hoping I don't forget.

WHERE ELSE TO FIND ME & DCR:

Aesthetically, they look great! Loving the purple fire. The running animation does look slightly off to me; like it pauses just a bit too long between steps, but for a first attempt at pixel art I'd say you did really well.