Maybe it's very bad of me since people dislike me because of this, but, Iike when the next route gonna be revolve around miserable experience and emotions, what I mean is I want the next route will be like an endless journey of walking around bunches of thorned rose, where everything seems so beautiful yet painful to watch... I find it a miserable moments and suffering is far more touching than some happy ending stories..

Please, I wish the next route will be trainwecking of emotion...

Maybe it was for the future update

Oh, also if the 27th day in Shoichi route you spent in School, then you know that you didn't success to convince Shoichi to meet his mother.

While if the 27th day in Shouichi route you spent in home, you'll get a message from Shoichi telling you that he need help from you. At that time you successfully convince Shoichi to meet his mother.

Route A is Good

Route B is Bad

You can get Shoichi route A, if you made him meet his mother and not ruin the date. You can convince Shoichi to meet his mother by deciding to tell Saya the truth, telling him to ignore his father, say that it's not weird to collect the crane paper, stand up for Shoichi, be firm when apologize and don't shut up when talking about his mother. If at the lunch time he come to you with Saya, then everything goes as Route A, while if he come just to talk, then you will see he slowly but surely turn into his dad. Now, not to ruin the date part is just talk about college offer with Saya.

If you want to see the Route B, just not made him meet his mom and you'll see how manipulative he become soon.

Route C is "idk what it is" but maybe just being a mean, disrespectful, simple-minded, selfish being?

I feel like I ever hear this joke before.. Ah, it's the "You're not clown, you're a whole damn circus" joke... 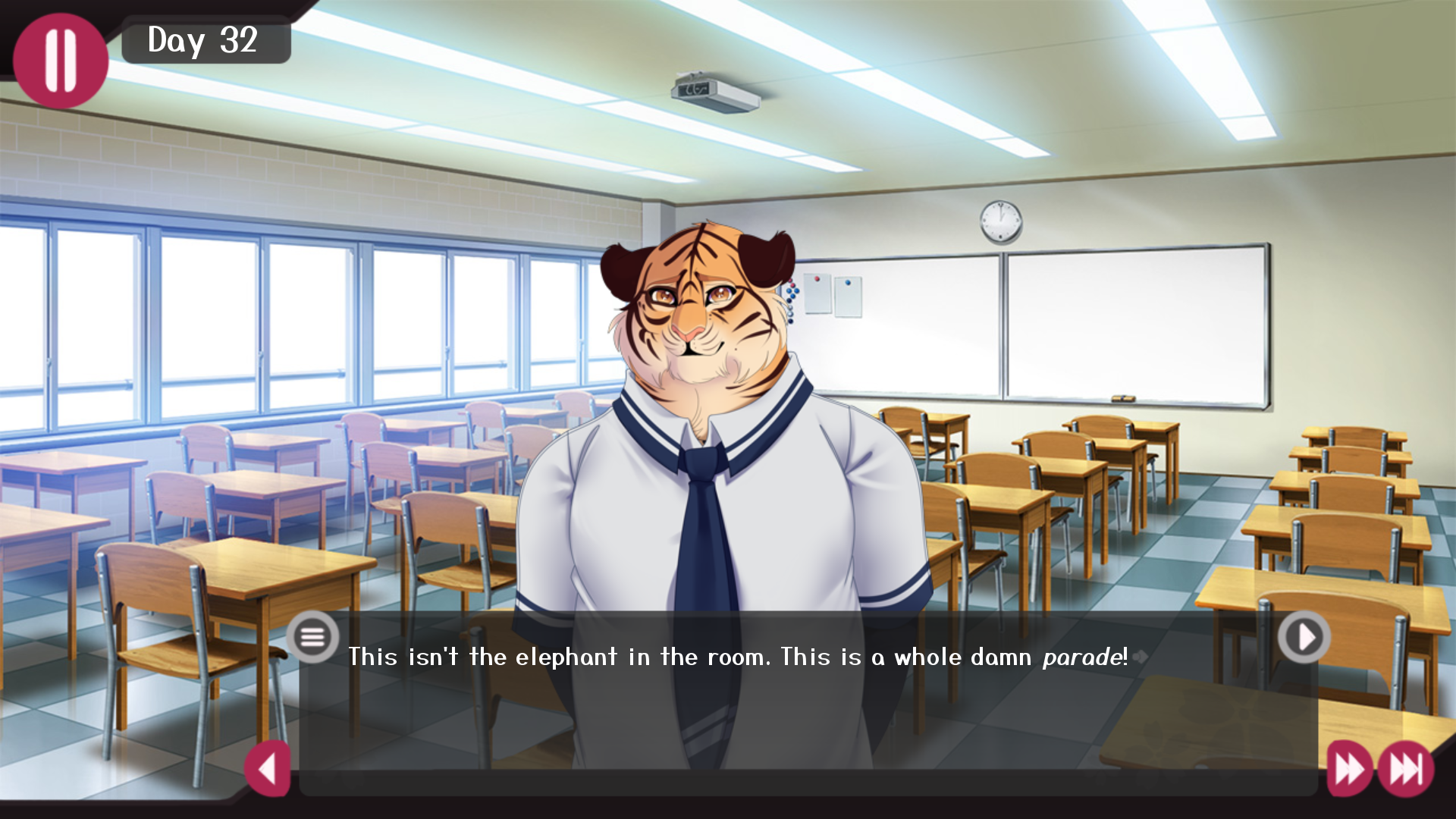 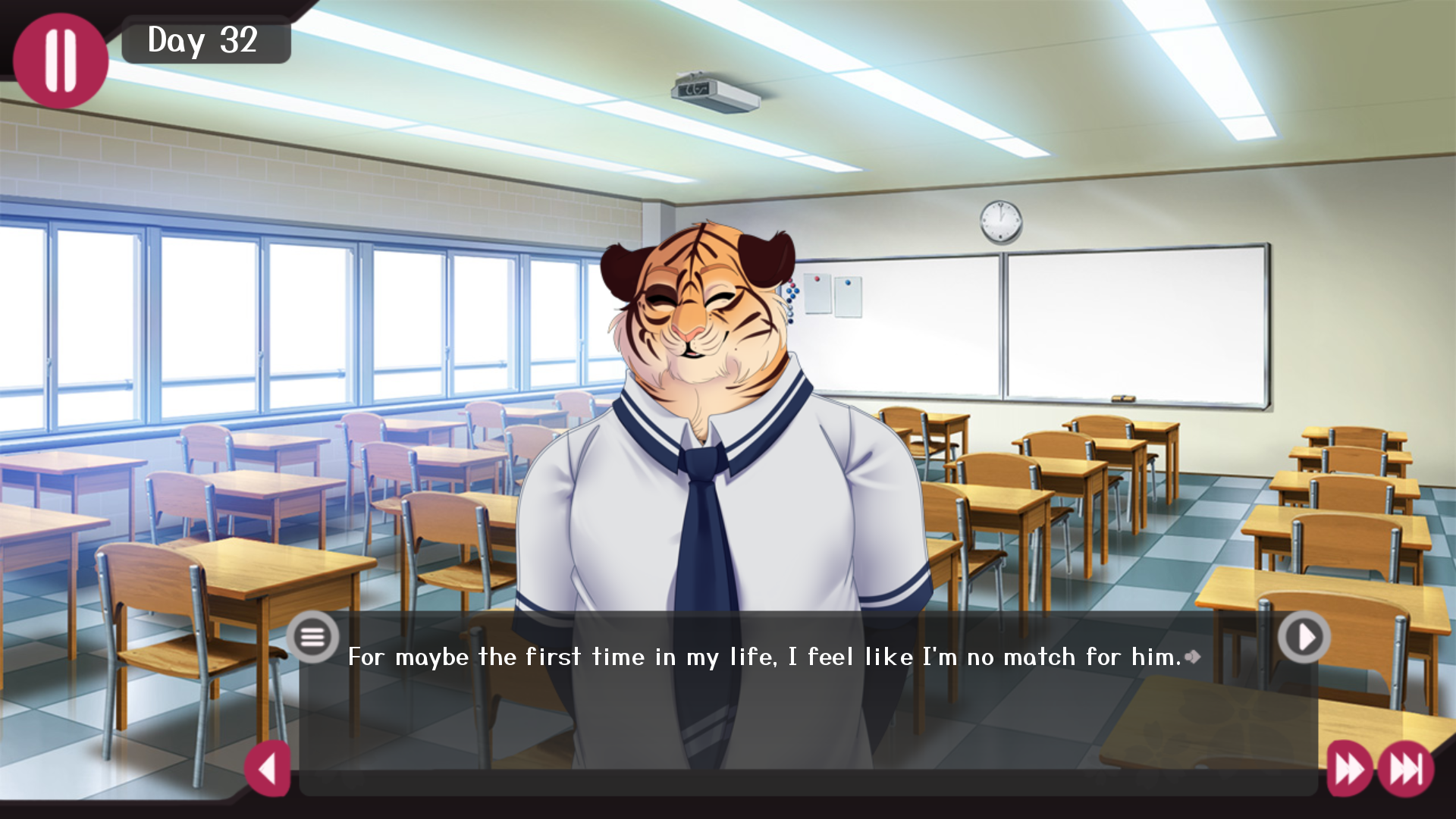 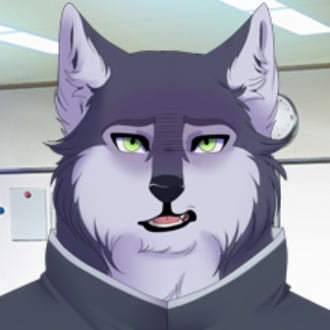 I sense this 'Suika' girl has a nice pack of watermelons... 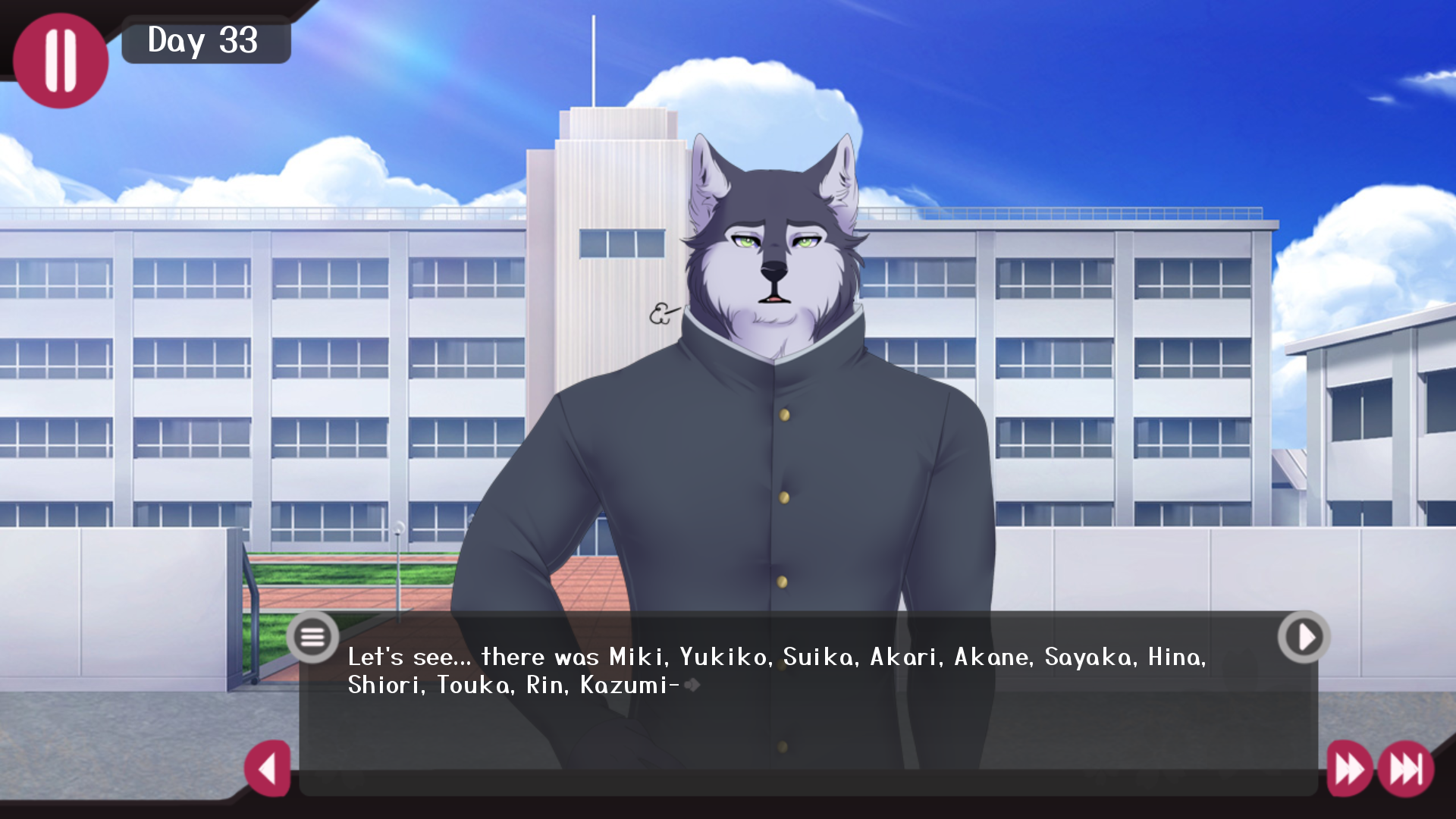 This joke kills me 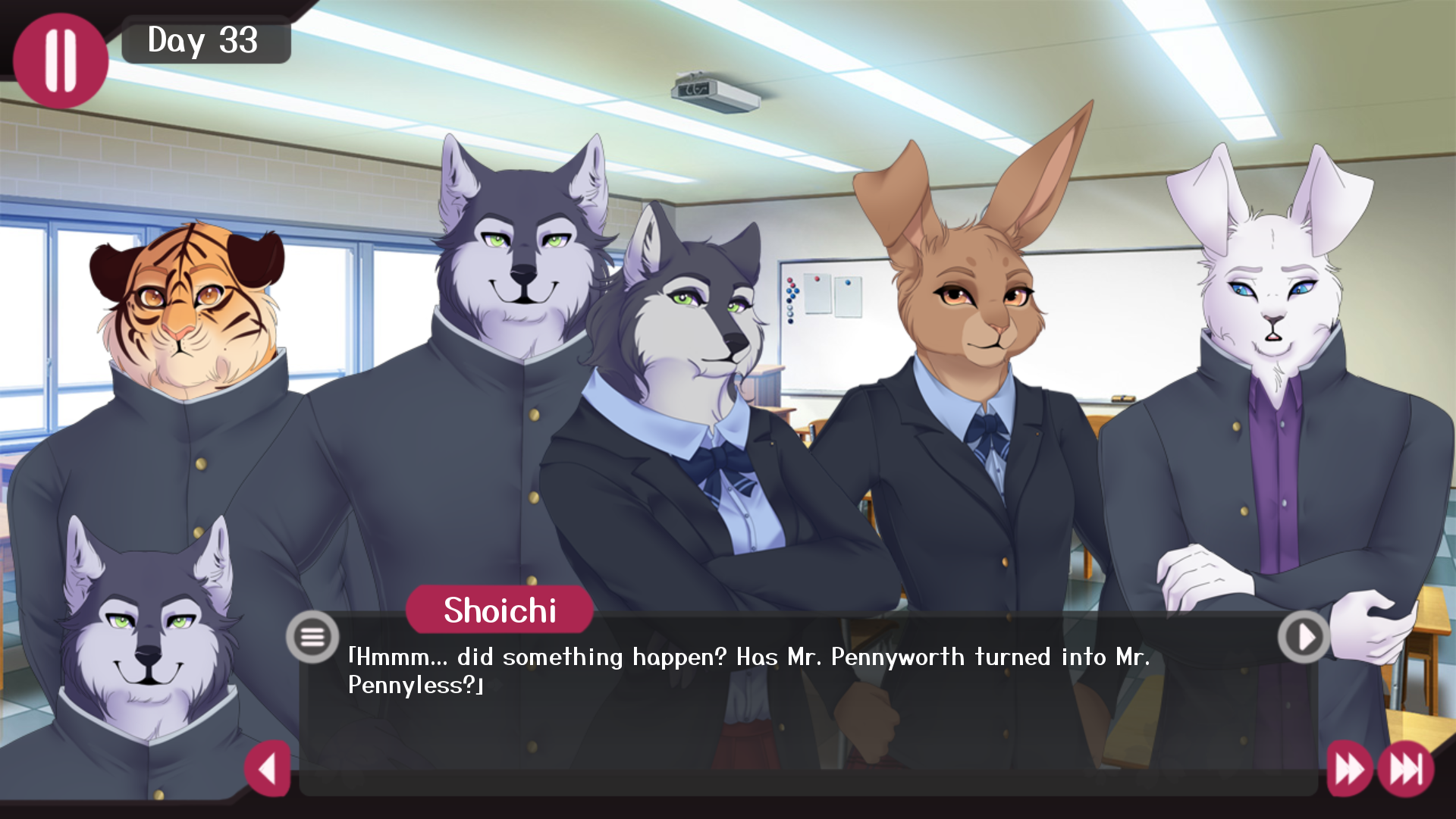 Oh, that part comes after you ask Saya about relationship advice.

THANKS FOR STAYING ALIVE

Why thou? It's cute to see how buff he can be now, which is very,,,, unsettling with how the nsfw scenes go before..

Why the hell there is indonesia language option???

Final update on Patreon? So.. we won't get free version in Itch.io? :(

Wish there will be a Travis route

Oh my gosh, I can't wait for incoming update. I just play this and Beru-ang already become my top favorite, he was so cute. Also I'm a bit suspicious about this bear because he seems.. just,, sus :)

This game looks so cute, Imma try it

This Torulf guy is really suspicious. When I first saw him, I thought he is gonna be that *playboy and flirty* types.. Turned out, I was really confuse!!!

He really confuse me because, he was *flirty* type, yes. But he seems *playboy* type because he easily get bored of something. But his behavior is really odd for those who has this *flirty and playboy* type.

He mention that he was straight-forward person and Arvo thought that this guy just want have some *fun* with him. BUT, it's Arvo thoughts, not Torulf *straight-forward* answer. Also, it's weird whether angle you see it. They just met and they already do *it*???!!!

I have a theory that this guy, ever met with Arvo but Arvo maybe forget it. Because it's already obvious that this guy just want Arvo, which can explain why he's a *playboy* type and ain't. He can't stay in one place, because he easily got bored. But, in the same time, he seems very, VERY generous when near Arvo because when he was alone. It's just.. irony.. If you see what he doing when he's really alone.. He's just keeping to himself..

So what I want to say is, there is a possibility that Torulf already meet Arvo somewhere in the past and somehow.. He seems like him and chasing him for a while(with his terrible flirty style, ofc).

"Banana taste best just before they rot." - Yoshio, If you know what I mean *w*

HE IS MY FAVORITE OmO.