I've been checking your progress with this since the early reddit days. keep up the work!

wrote this months ago. Unless the story decides to focus on what burry think is more, chances are we are gonna get more scenes in which characters like rune pressure you into making their pepe wet, not wanting to do it prompts him into jumping at you.

I'd like to ask the devs something regarding this game. I think that minotaur hotel touches on a subject that is interesting. The subject of a half man half bull who has to live in eternity living basically as a slave to humans and they are pressured into torturing him in a way. But what I don't find interesting at all are the choices given. You can be a good person to him or bad, which is fine. but those choices aren't engaging or interesting. Asking me whether or not I want this innocent person (spoilers: i know that the story right now is hinting that Astorion might be lying, but regardless, i don't think there is a crime worthy of eternal enslavement, end spoilers) to be tortured or to be treated as equal isn't an interesting moral question. Maybe we can do things that are meant to help but end up harming Asterion in the long run.

I'm not a writer and my opinions should probably not be taken seriously, but I really love this game and I would love it if it keeps on improving. The main star of the story isn't just Asterion, at least to me, it's helping him and nourishing him into a healthier person. the best parts of the story were the beginning, seeing this broken almost dead person and reaching out was a highlight and I hope new updates will have more of those highlights.

That's not supposed to happen right?
edit: i figured out that saving and then closing the game fixes this issue. 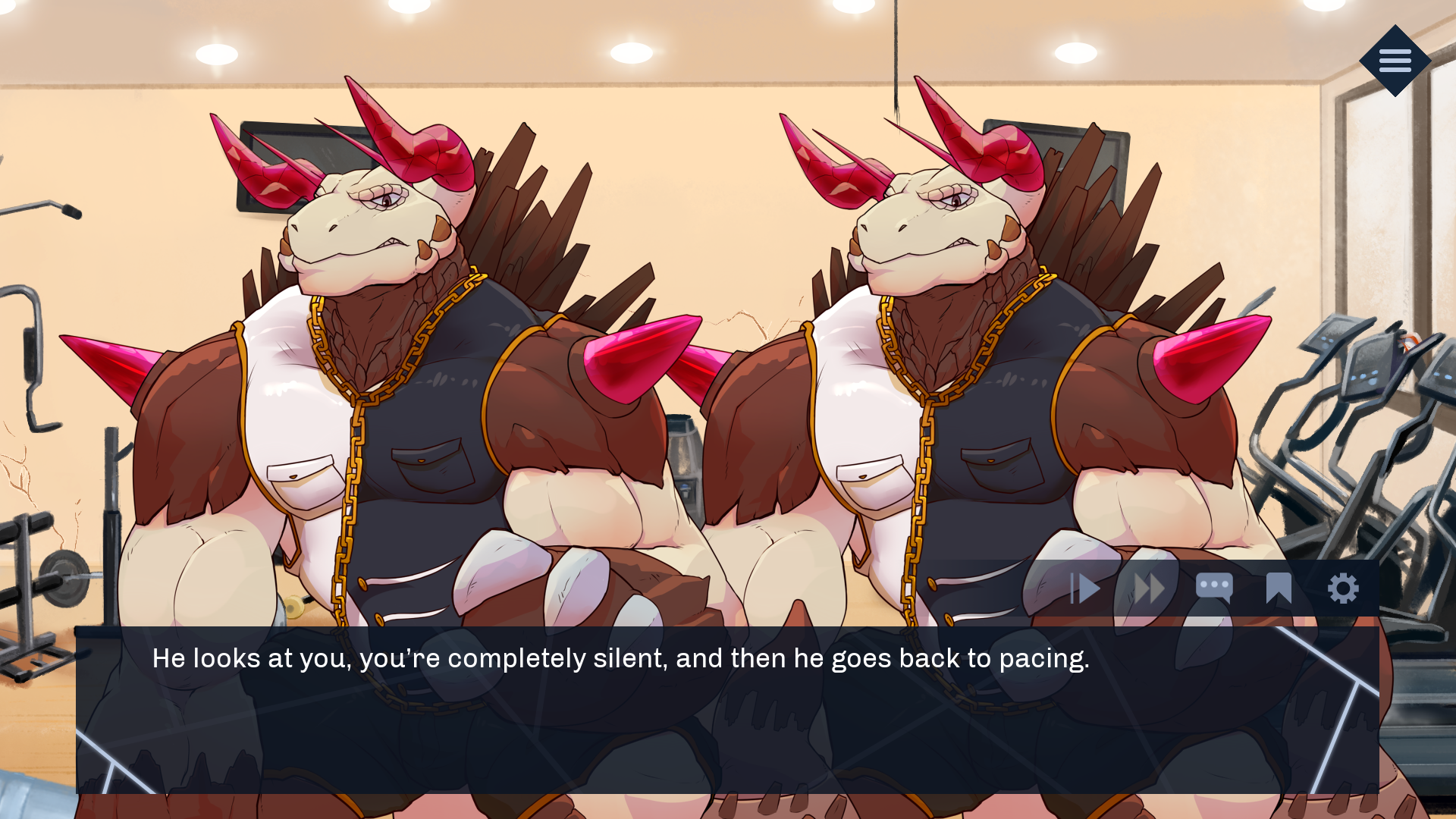 he is happy, its just that his happiness is caused by leaving chase, and his obsession leaving. and its alright with your english, mine is bad too.

the point is that you shouldn't be with leo. literally the best thing that happend to leo is that he got over chase and started living again. if you give in, you continue his obsession.

",one the sounds during coopers massage scene were extremely off-putting it just felt wrong and it made the whole thing incredibly unpleasant"  it sounds extremely disgusting. its an actual dog's sounds.

i checked the last update and something got into my mind. when you tell Burry about teak's treatment of you, he doesn't take it seriously and blames you for feeling that. but in the new update, he was upset a dog peed on the guardian and is willing to give them a very strong firm talk.

i thought the talking about teak is about how the dogs don't take your concerns seriously, so i am bit confused.

this comment is gonna contain spoilers, so go play the game first.
and apologizes about grammar mistakes.

I've really liked this game, to the point where i am recommending friends to play it. I've noticed few themes that i thought were really cool and i do wish they will be expanded upon. And this is just stuff i interpreted, it could be i took them the wrong way.

I personally really like the theme of disempowerment and disrespect towards the human. From tweak overt hatred (i do know that tweak cries when he beats you up, i don't think it matters a lot, it just means he is just not a complete dick), to rune not caring about the player consent and doesn't take a no for an answer when you go upstairs with him, the same happens with that dream sequence with Burry, it does imply that the main character doesn't consider the dogs as people who require consent from him. Burry also chastises the main character for being upset with the mistreatment he faces from tweak, saying he is upset from his bruised ego.

I do know some of it is intentional, the MC mentions that they don't refer to him as one of his own but as the "other", "the human". He also fears that he will stop being useful one day and they will kick him out. Ironically, alon is the only character i felt gave some respect towards the human, although that sex scene did make me question it.

I really do wish the author would expand to those themes as i think they are really cool to explore in such a world where you are the only human available.

have we reached a point where that could happen? the majority, vast majority of humans are discriminatory to gay people and a big amount still kill them.

i played higurashi before, but i was never horrified as i was in that dream sequence, GG author, you done me good.
to the author, what are the good and bad endings in diego route? im not sure which ending i got.

steam reviews covered it all really. it had some really good potential to cover some really uncomfortable situations, but the story doesn't go in depth. there was a point i was like "holy shit, this doesn't seem to have an easy solution for" but they tackle it in the easiest and laziest way.

ugh, at least mention a better one.worst thing i ever read.

thank you for responding to my issue. my gamepad is just an xinput controller and windows 10.

really dumb question, but is there a setting tab? i'd love some resolution and shadow control. the gamepad isn't detected.