the game uses the J and K keys for menu selections and gameplay. They are listed in the readme file included in this version. Sorry for the confusion!

Pizza Time Explosion is a fast-paced, arcade-style game in which you collect billions of pizza slices in order to create a pizza star with critical pizza mass, causing the pizza time explosion and ending worldwide pizza shortage.

You, as a pizza slice, must traverse the Pizza Dimension in search of pizza toppings, each of which allows you to generate more pizza to add to the star. You'll have to avoid a myriad of obstacles on your way, however, such as all of the garbage that's been dumped there, and the flies it has attracted (nobody wants flies on their pizza)!

This game has been in development over the last six months, and I'm really excited to finally have it out for everyone to play! Hope you enjoy this one!

This is a really cute and chill little game, super fun and relaxing to play! I enjoyed it a lot!

Hey, does this work without color? I can't seem to get it to, I wanted it to look like the top row of your example gif here.

Edit: I figured it out! I have very limited experience with shaders so it took me a bit but, I found the one line of code to remove to make it just transparent. Thanks for this great shader resource!

Unfortunately I don't have the resources for that, and the money required to get the export module and etc. I need would be much more than I would get back for a game this size. 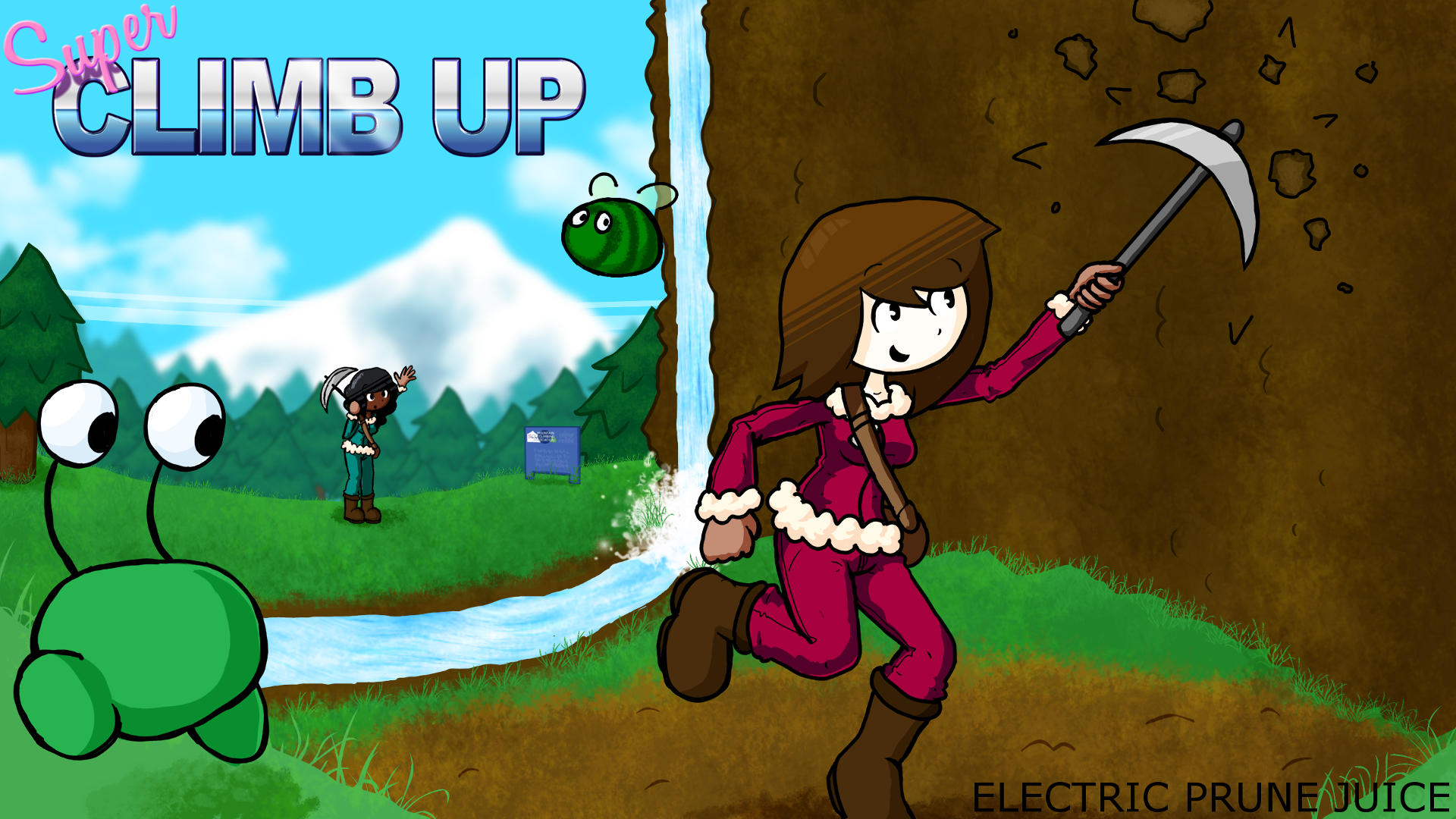 Super Climb Up is a platforming game inspired by a platformer about climbing, and ice, from 1985!

This game was made with the idea of taking that game's ideas and mechanics and expanding and improving upon them in various ways.

The final result is Super Climb Up, a game following our player characters, Natalie and Poppy, as they climb mountains, break blocks, and find food hidden in the ground!

You'll also have to help them defend against the ... let's say "interesting" wildlife that lives there, as well as find and bring the flag to the top of every stage!

There's four different locations to test your climbing skills, with 60 stages in total. There's some bonus stages beyond that, if you can climb quickly and find all of the hidden food items!

This game was in development for eight months, during which I spent all day nearly every day working on it. A lot of passion went into the making of this game, and so I hope everyone enjoys it as much as I enjoyed making it!

24 stages, and 6 bonus stages (for those who go the extra mile and find all of the hidden collectibles) await you!

Hope you will enjoy!

Grey Area is an adventure platforming game with a focus on exploration and telling a story.  Things start out normal enough but you'll quickly find yourself in strange circumstances...

The game features hand drawn pixelart graphics and so includes three chapters. There's hidden collectibles to find throughout each stage and bonuses for finding them all!

I'm excited for feedback on the game! Below is a let's play by GreatCanadianGuy, so you can get an idea of the gameplay before trying it out! The link to the game is at the top of this post.

Hope you enjoy, thanks in advance for trying it out!