Having the king be an actual boss that gets fought, instead of being some annoyingly mean NPC who you just have to put up with (as might likely happen in a lot of games with kings that have daughters), really made my day when I played this! 💖

(I actually played this all the way through a few years ago, but I never commented if I'm not mistaken)

awesome, and you're welcome! 💖

A lot of the issues you described have been fixed or improved too. I think the crate despawning issue has been fixed by now, not 100%, but if not, in older versions that still had this bug, I know you could make them respawn by forcibly loading checkpoint from the pause menu after respawning (this will basically count as a death that respawns you again, but fixes the bug).

The boss is still somewhat of a waiting game/endurance fight, but, his difficulty has been decreased and some tweaks were made so he won't be quite as frustrating. The difficulty of the big fight before that with all the enemies has been toned down as well. Still a bit intense and on the hard side, but much more doable and less painful.

In short, the intended difficulty of this game is moderate challenge level like Spyro/Metroid/etc. But older versions did make it more "souls-like", due to some of the balance differences. One notable change also is that regular containers actually have a chance of health/ammo drops, and the drops are also much more genenerous in general. There used to be seemingly zero chance of getting them from non-dedicated crates, and the chances of enemies dropping them seemed much lower. This made it feel much more like "survival matters", when in truth it's supposed to allow for more freedom and lighthearted fun. For example, I'd say the ammo drops are now generous enough you can just waste your ammo sometimes, just cause using certain toys/weapons to make things explode is fun, even when it's a worse gameplay strategy. It's kinda like a big playground in a way.

I've also heard a selectable difficulty setting is upcoming, but it was only spoken about briefly and I don't know any details about it.

Sorry for replying to this a year too late. I replied to a few others but I missed this one. And sorry for long post. I just really love talking about this game. 💖

It wasn't canceled. Even though the kickstarter failed, development continues anyways. Not sure the exact details on how they get their funds, just that they struggle but they manage. It can be bought on Steam as Early Access now (and has been for a long time since the failed kickstarter happened, that's fairly old news now).

Interesting, thanks! Your efforts are commendable <3

hi, asking here because the game in question has comments turned off.

your "Kill all Trump and Hillary supporters" game seems rather good for what appears to be an amateur hand made beat em up.

But from a developer's perspective, I wanted to ask, what is it made with?

It doesn't have a file structure I recognize as being any of the common ones (Game Maker, Unity, etc), but has all the raw assets just plopped in the game's folder and seemingly the included files are the ones that the game actually runs off. Seems rather unusual compared to what I'm used to (I love to look at files of all different games and figure out how to extract them often) so I was curious. <3

This scene I really identified with. Although I've always felt all these things anyways, this scene really reinforced it all.

These 3 boys are basically the stereotypical mean/"cool kid"/male gamer stereotype.

Although the show implies Hikaru is more of a manga reader than a gamer, my thought still stands.

I think we should make games that are more likely to be enjoyed by people like Hikaru, or by people with tastes like hers.

Whether it be because she's female, or imaginative, childish in some ways, or just different in a way that would often be unwelcomed, or have people made to feel unwelcomed.

I've been in Hikaru's shoes before.

(all of this also somewhat applies to game developers and their communities, not just stuff related to the players)

Download has been removed from itch, and demo has been moved to gamejolt: https://gamejolt.com/games/Onirism/310178

The game is also available on Steam for purchase (early access incomplete game still, but superior version to the free demo): https://store.steampowered.com/app/1057640/Onirism/

thanks for making this, I had fun. ♥ 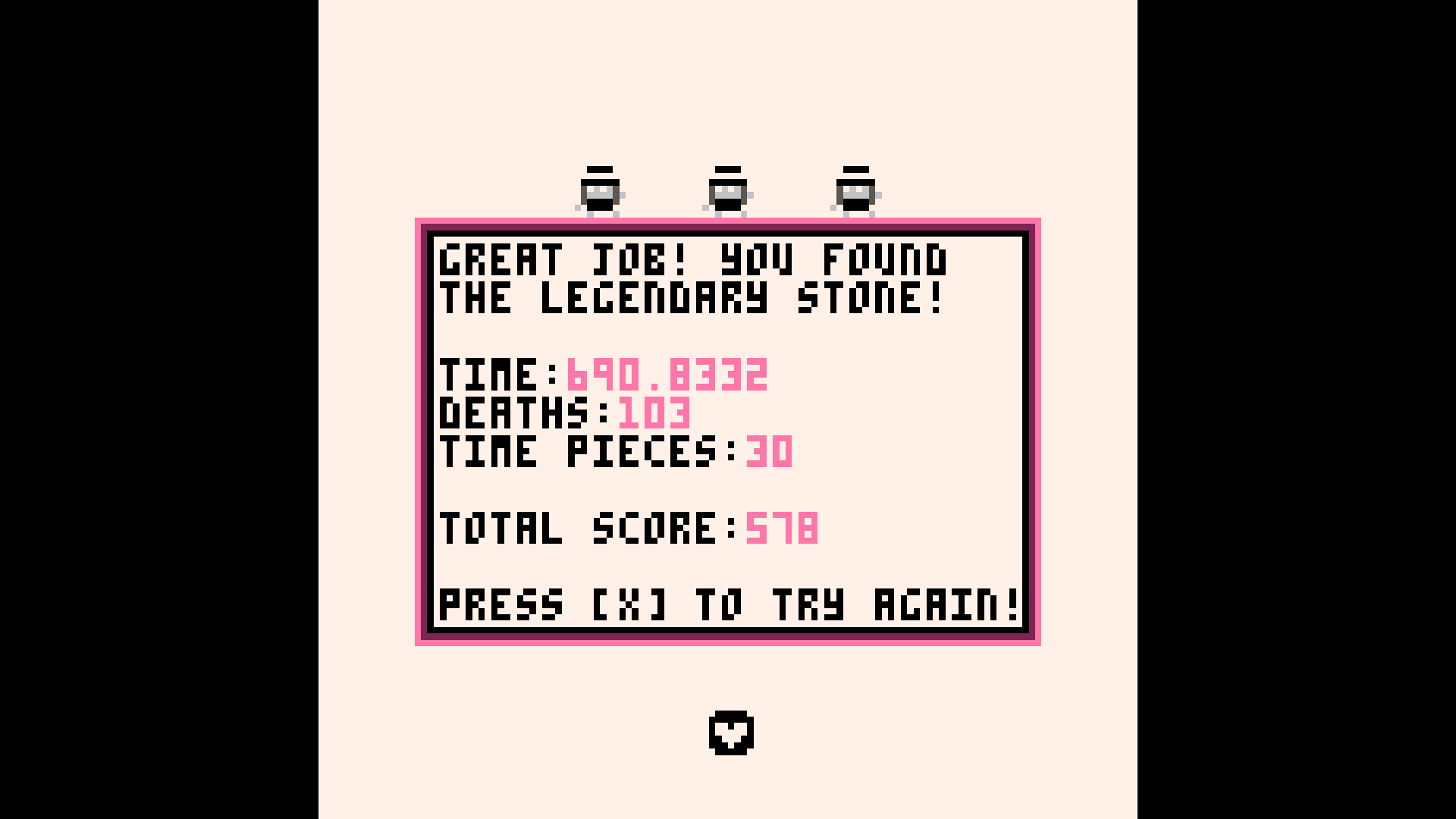 thanks for posting it nonetheless.

I'm happy you did your best. I hope you continue working on it and/or making things like this in the future. ♥

Decent start for something amateur, but unfortunately seems to be unplayable in it's current state (I couldn't hit any pigs no matter how I aimed)

yeah, if it's windows 7 then it kinda is. Though I won't deny that my game does have some memory management problems :)

I think it should.... but the game might take a bit of time to load regardless. and runs better on fast computers, it's a much bigger project than most people realize :)

probably not gonna happen, sorry. Neptunia isn’t really my favoritest thing in the universe even though it’s included. 💔

Since I'm gonna be putting in pretty much every dollar I get in the near future to further backing Onirism on kickstarter, I won't be commissioning any new characters for LWF for a good while. This means no more requests unless they're free AND I have the mental energy, sorry.

ok thanks we'll see. Low priority though. And also I have a tendency to stay away from popular video game characters that have many unique signature abilities (ie sonic, knuckles, tails, etc) since I feel funny about the idea of not doing them justice and my programming skill being unable to stay true to the source material. Lilac was kinda a stretch already. Thanks though, I appreciate all suggestions and interest in my games nonetheless and will still consider all of it. ♥

A certain character who is a huge spoiler is spoiled early game by looking at the weapon shop, you might want to change that. ♥

I have a similar thought, but not quite the same. I was wondering if you could make sprites of them "downed" on the ground.

I actually kinda like that the special charges quickly and saves my life a lot... even though that means I never use it.  So basically I can see where you're coming from even though I like it as it currently is.

I also think with the current way, using the special could still be valid for a player with a different way of playing than me, since even though the special isn't that powerful, it still gets rid of bullets in front of you and can be used quite often. It makes this game different from many bullet hells, but I like that. :)

Alright, but have you at least seen the feedback and taken it into account?

Sorry for posting it in the wrong place. You can talk to me about it here if you want. ♥

Hi again.... I bought the game on steam and posted a bunch of feedback to your steam news page.... just wanted to make sure (since you seem active here), are you getting it? ♥

I managed to glitch and fall out of the game world.

Otherwise this game is cute! ♥

Also, why is this game uploaded to itch twice?

It's uploaded once under the title "Hack9" and again as "Hacker9" both are version 1.0 English.

Does this game have a stage select or saving?

Thank you! The arrow keys were just what I wanted, just didn't realize the alternate controls were already there  ♥

Could you please add customizable controls? WSAD is making this game too hard for me. ♥

Alright, the chase scene with the rising poison water. Way too hard. Something needs to change, not sure what. ♥

Other things that would be nice (random feedback):

a map that shows stuff such as save points

OH. MY. GOD. Finally a game that gets it! A game can have fun combat in it while still being innocent, non-violent, and kid friendly at the same time! This is like.... one of the best games ever.

I've always said it - a Rainbow Brite version of Splatoon could be Unreal Tournament reskinned. ♥

That being said, I'd really like to be able to either customize the controls and/or use a gamepad... I really don't like WASD.

Edit: my bad for noticing that a gamepad was already possible. Still not completely happy with how it plays though, I addressed that in my emails :)

Even if I install unity web player, game won't play and still says I haven't installed it. even in Internet Explorer 11 :(

I really wanna play it though

I just read this article. To be honest, I think you should've just kept episode 2 going down the road it was going and being the same type of gameplay as this game (which I loved). Considering you say this game got good reviews, why change course?

Also, in the article you indicated this was a paid game. Why is it free now? Did something happen?

Looks awesome and cute, but could you please make it a download? ♥

You sorta have a point about the murder, but the f-word normally DOES need a warning as it in fact is enough to make the game be rated M....

edit: He also says on his tumblr that the things warned about are "all that's in it". So all the more reason it should be...

I agree with the poster, regarding everything he said about the difficulty.

How do I save?

on the warnings you forgot to mention that the f-word is used once.