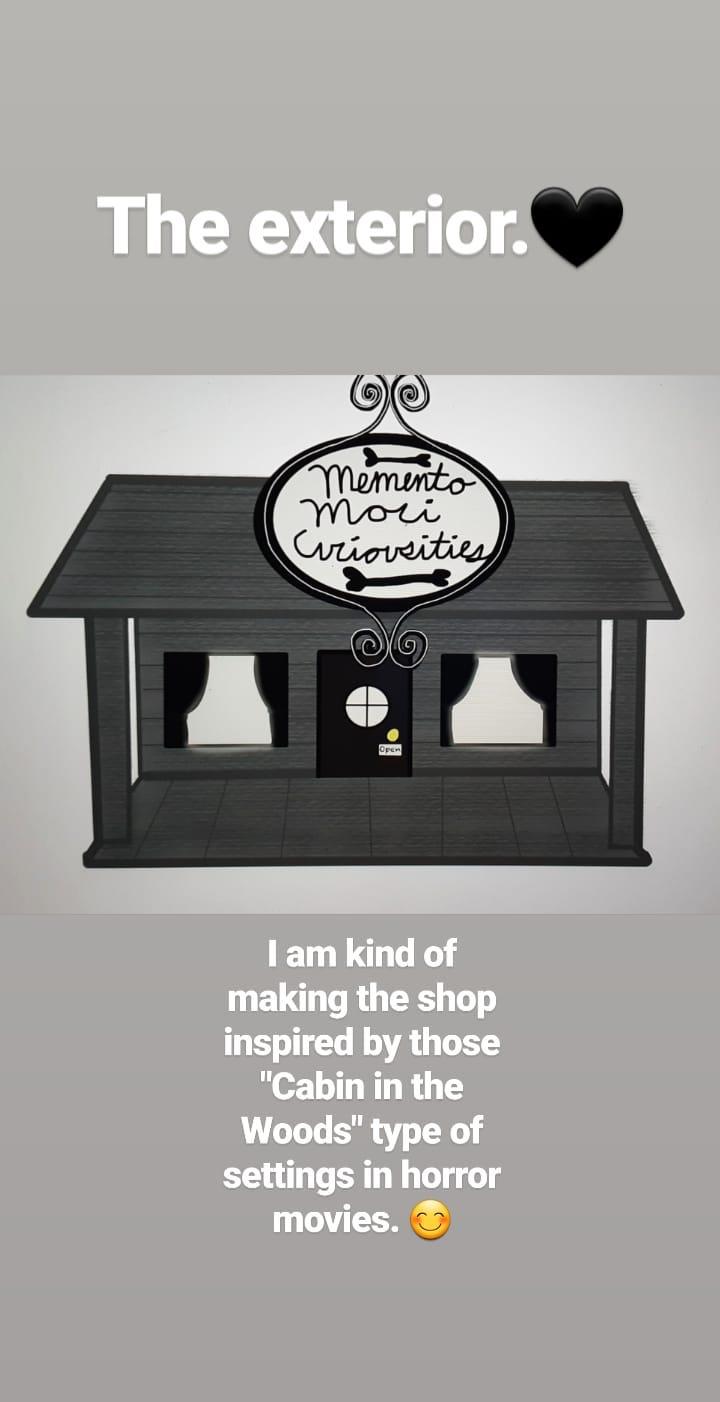 Here's a somewhat new update I did so far.(This pic is from my Instagram account.) I still need to add more to the scene featuring the shop. I still got plenty to do so this scene is still a work in progress.

This cabin look is inspired by The Evil Dead's cabin. I think here and there people will see what kind of horror medias I am influenced by when they play the game,the more I think back on it. But I am still trying my best to showcase my own use of horror in my own way.

Oh wow this looks good! Great job at capturing the nostalgia and capturing what made it so fun. 😊

Updated the logo...again! This time,I figure I can name this profile properly when I present the game. I changed my profile’s name to Cryptid Shut-In Games. But I still kept the name,Miss_Fantasma,as a username if anyone wants to directly talk to me. My usernames on here just seem like it was all over the place so I hope this would seem more stable for when I do gaming projects. I’m also going to be working on some new banners and a new avatar for my profile soon too.

Thanks so much! Comments like that help motivate me to continue on. 😊

Hi everyone.  So I am in a bit of a dilemma and would like some help.

I'm trying to code a game with Renpy but my windows hp laptop crashed on me and is not functioning at all.

I'm doing my best to save up money for a new one in the meantime. But as I research some online,I noticed the chromebook is the cheapest to buy on the market.

Renpy does run with chromebook but only with a web browser provided. Some users even said there are limitations to what you can code on Renpy through Google chrome.

I was wondering,what is your experience with Renpy's coding on Chromebook? Does it run normally like Windows' version? Are there any specific limitations I won't be able to do with a chromebook? And also,should I get another hp laptop instead,or save up for said chromebook?

Okay so,maybe some are curious to see how far along I am in the development stage of this project I am doing. And I am happy to talk about the previous devlogs here today.

I decided to make the series episodic for each entry. With each episode,I wanted to work on small parts of them and call them "acts."  I figure that would be easier to manage when developing it.

Act 1 is the introduction to the shop and its first horror themed tale.

Act 2 will be the main short tale told through out itself.

And Act 3 will be the epilogue for that particular episode.

So far,I am still working on Act 1.(Mainly with its visuals.) But at least progress is being made. The whole rough draft of both stories' scripts are completed and Act 1's coding blueprint is finished up and ready to build through Renpy. I even got the characters finished up. Allow me to introduce them. 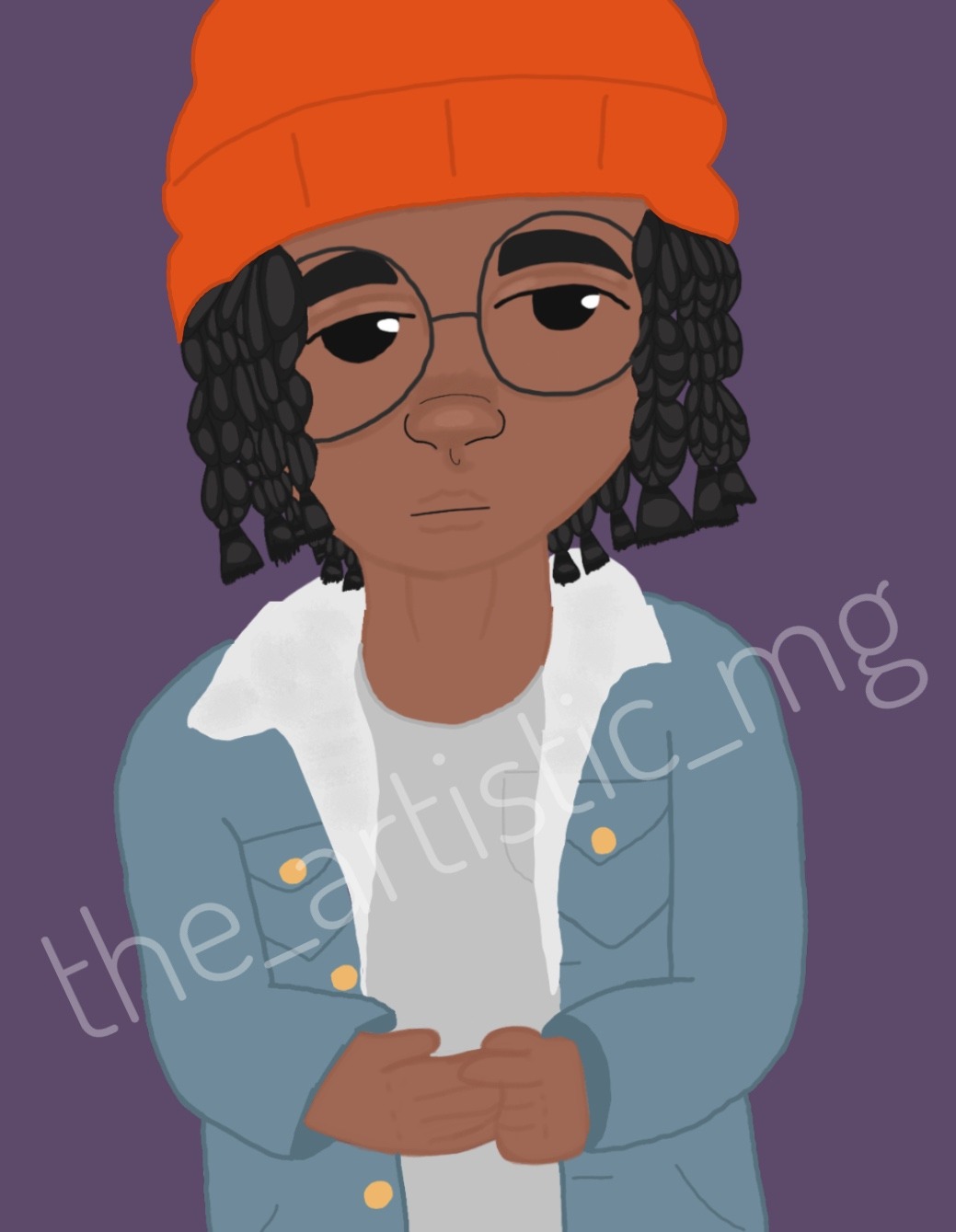 This character above is Kennedy.  This is the main protagonist you play as. Kennedy's personality traits consist of being a hard working individual,quick to adapt to new challenges, and plans everything ahead with caution. (For the most part.)

Kennedy is also non binary,so the players themself can choose to interpret them as a man,woman,or leave them non binary if they want.

I decided to make this decision because I could not code the whole "What's your name" personalization name box properly. So I decided that Kennedy could take on the role of being your protagonist.

And finally, here's our supporting character Olivia. She is the shop keeper at Memento Mori Curiousities. Olivia can come off as bubbly,kind,and understanding when you first meet her. Yet she can be mysterious too.

Both characters seem simple on the surface when they're introduced, but I hope in the future I can expand upon their personalities more.(Along with some lore to the settings as well.)

Hopefully some are on board with what I am working on so far. Again I will do my best to update this forum as much as I can. Hopefully, more progress will be made in the months ahead.

It's the middle of the night as I write this,but I will do my best to update more information on where I am in the development stage the following days ahead. Stay tuned.

~Welcome to the Tales From An Oddity Shop Devlog Forums!~

This game is a horror anthology centered around an oddity shop.

You play as Kennedy, a college student who is in debt to their student loans. So naturally, they find a job to work at to pay them off in the meantime.

Kennedy eventually meets Olivia, the quirky shop owner,who runs Memento Mori Curiousities. This shop is located in the woods and sells unusual items to the public such as animal and insect taxidermy, animal and bird bones,and preserved specimens to name a few.

Olivia not only has a workshop room dedicated to making such items,but that said room also stores away items from the public. Each unreleased hidden oddity themself has a grim story attached to them and Olivia is happy enough to share their tales.

Tales From An Oddity Shop will be a visual novel created with Renpy.

Due to the subject matters explored in this upcoming series, it will be for a mature audience only.

In this forum, I plan to update how the process is going as best as I can.

Feel free to leave comments if you want. I only ask that you can be kind and respectful in this forum. 😊