Hope this isn't a dupe of an issue your'e aware of.

In some areas, icons on the minimap will shift up/down as the player moves up/down. 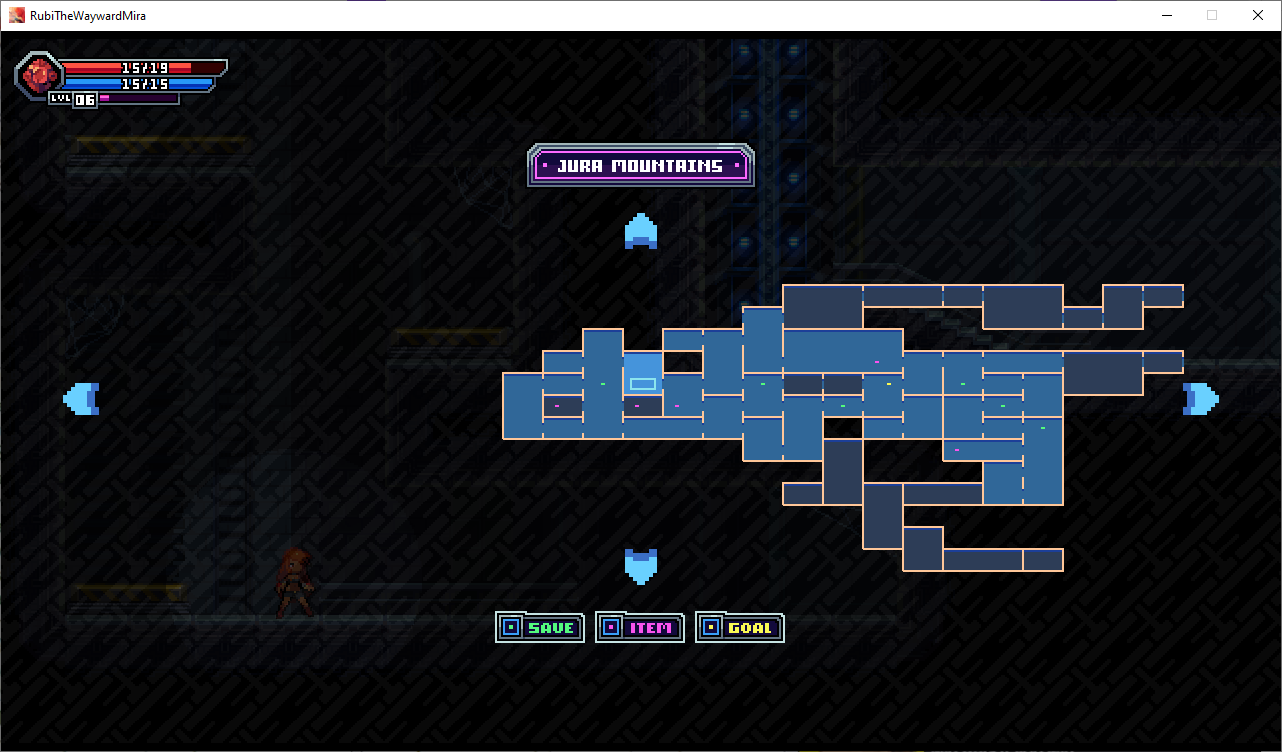 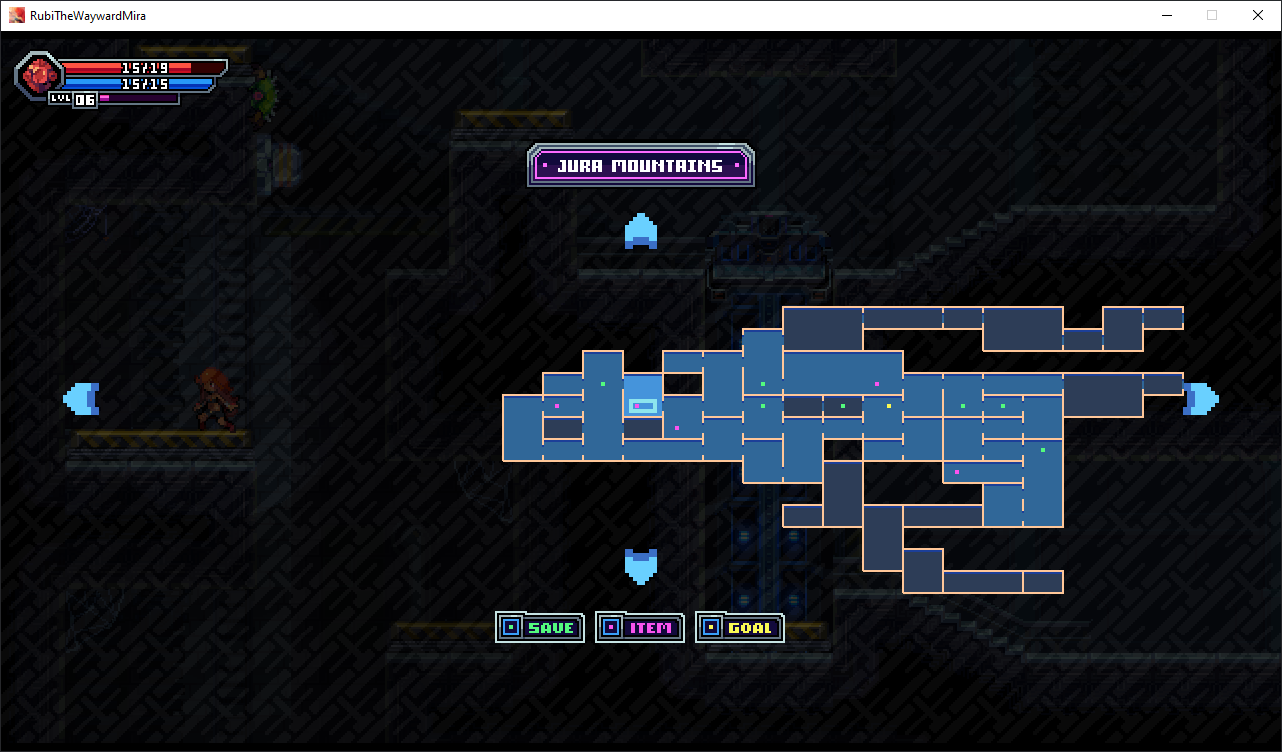 Note: This screenshot is in the lab, but other areas exhibit this bug as well - notably the underground area to the west after defeating the frog boss, where the yellow "GOAL" icon is in the above screenshots.

Hi, I can't figure out where to go after beating the fat fish boss and saving the psyching mermaid lady. After leaving the underground, the path to the east is blocked off, and the path to the west leads underground or to a lab - I explored the lab but am blocked by some pink vines and a large door. The western underground path led to a powerup I got and a switch to open a door I haven't found out how to access yet. Is there more to the current version? I've been wandering around without being able to find any further progress, shooting or dashing against random tiles hoping to find someplace to go. I found a small underground path broken into three sections via dashing under the walkway that leads to the lab, but there doesn't seem to be anything there. There's also a section above there that looks like I might be able to wall jump up to it, but I can't seem to pull it off no matter how hard I try. I hope there's more to the game, I'm loving it so far!

I love the music choices! especially the organ / piano song, do you remember which specific song it is?

This game is so cute and atmospheric, I love it! how did you get Bitsy to let you make dialogue choices like that?

Thanks for the kind words, I’m glad you liked it so much! I'm planning on fleshing it out a bit more in my free time. And thank YOU for hosting the game jam in the first place!

The game is based on two big horse races kind of merged together. The first is from a book called “American Endurance” by Richard Serrano - among other things, it’s about nine cowboys racing across a thousand miles of 1893 American Prairie to be the first to arrive at the Chicago World’s Fair, to win a Golden Revolver offered by Buffalo Bill Cody. It’s a great read! There was also a race in 1976 that is closer to The Golden Run, where 200 racers went from New York to Sacramento. I haven’t found a book on that race, but you can read about it here: https://www.atlasobscura.com/articles/the-1976-great-american-horse-race-was-won...