Why virus, why not (computer) bugs???

Ok, the corgi jumps WAYYYYYYY too fast and the chicken flies faster than a bird. Chill lol

Nice game indeed! But there is a bug where if the BuddyBots disconnect from the PlayerBot while connected to current, it will stay green. 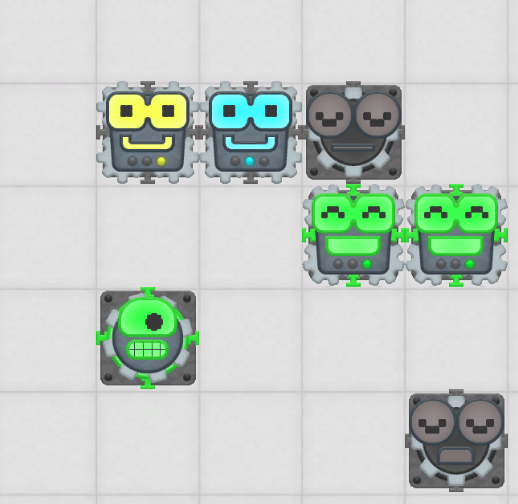 There's one thing I would fix though: you can win just by moving 1 sheep outside the fence and killing the rest (lol), which makes the game very easy.

!!! I completed the whole thing in EXACTLY 2345 MOVES without even trying! lol

The mother is probably the big brown rectangle, but you hv to get the children to safety first.

Well done and very good graphics! There is a bug though: If you crush a mouse on the wall, your ball teleports OUTSIDE the walls, so you have to restart.

BTW, level 14 is beatable. Some of my friends say that it's impossible. The trick is to get HALF of the blue button instead of going as far right as possible, not quite enough for the ball to fall into the pit. But don't worry, we're probably gonna keep working on it and release another version later which has all the bugs fixed, levels reordered, and + NEW LEVELS!!!