Floppy Bug
A game about hacking floppy disks, fitting on a floppy disk. (1.44MB)
Aredhele
Shooter
Tae.exe
Enjoy an unique experience where you play outside the game.
Tae.exe Team
Puzzle
Kodama
Made for GGJ2018. Kodama is a 2D platformer game made in 48 hours.
Raphael Marchetti
Platformer
Cook'em Up
An adorable Die And Retry with shmup inspirations and the cutest knob of butter that ever greased.
Carbonara
Shooter
Play in browser
Donut Attack
He protec, but he doesnt attac
Frigolite Corp.
Shooter

Nice work! The start screen is really impressive and the audio a good too but pretty hard to play with WASD when you don't have a qwerty keyboard.

Really interesting, I like the concept, more of this!

Cute game, cute graphics! There is a lack of sounds but I enjoyed making my own coffee :)

Interesting game! I like the concept but it's maybe too easy, are you using pathfinding to chase the player ? I took a look at your GitHub, it seems you write game engines, pretty cool :)

Very cool game! I found it a bit too easy but it was fun play anyway, good work ;)

Thanks for this new version! But I still have troubles with the music :

I hope it will help you to fix this issue. It was a good idea to enable log

Very cool  game! I really thought that the "360 no scope power up" would work :( The temptation was too high! You got me.

Hey,  can you make a small gameplay video of your game ? I don't have the scratch program on my computer but I want to rate your game anyway because it looks interesting :)

Amazing work! I really like the idea of using Batch x) I've done almost all levels and the questions (trivia level) were also great! (especially the question about the dirt hole, you got me)

Nice work, I couldn't play because I don't have Java on my computer BUT I watched your video that's why I can tell this is a great work. I like the effort for the tutorial and it seems there is a lot of playable content.

Interesting concept! Like the Ascii art and the humor in dialogues :p The game runs fine, I downloaded the sources and I opened the game with my browser without using Itch.io. Keep it up

Interesting entry, mini games were great. I like the humor, nice work for the jam ;)

Cool game! Maybe that the last stone is a bit too long to unlock. The music is great.

You're motivated! It's a good practice to add  the documentation but my code is divided into more than 200 files and none are documented (not the time during the jam) xD It will be such a pain to do it now.. But I think that the majority of the code is clear/clean enough to be read and understood.

Ahah  the same happened to me, I started working on the game 2 days before the dead line... Don't hesitate to share your source code imo, people are often interested by the "behind the scene". If you look at my entry, I uploaded a zip with the source code of the engine and some runnable demo scenes

Yeah, when I click on the .exe, the game is asking me if I want to load the music ("Y/N"). I type 'Y' then enter and it displays this error, that's why I played without music ^^

Thanks! I've uploaded a zip with the engine sources and some demo scenes. I will write a devlog about the making of the engine for those who are interested :)

It works! This is an amazing work for less than 1.44MB. Thanks a lot for the Windows version, it works like a charm!

Thanks! With the experience of this jam I'm convinced that the next time, the engine will fit into 100 KB (or less)

Impressive. I know what it is to program in assembly and the result is not bad at all! I downloaded a small NES emulator and the final size (game + emulator) is under the 1.44MB, which is nice, great job

Great job, I can see that there is a lot of work here and it was your first game engine, impressive for a game jam, keep it up!

Hey! I played your game, as promised.I just got small issue with the music (See the screen below). Great job, I can see that there is a lot of work here and it was your first game engine, impressive! I will play it again if you fix the music, keep it up!

It's a real challenge to make a game in 30 min, great job!

Cute game! It think that it would be even better with 2 or 3 sounds

Any news for the Windows version ? I don't have a mac for testing and I'm eager to test your game, it looks impressive!

Great game but the fights against zombies are a bit repetitive. The game is quite long for a jam, impressive!

Pretty cool experience, I played twice because the game crashed the first time (See the screenshot below if it can help you). The first two dialogues are really fun and the atmosphere at the end of the game is really oppressive! I even played pong. The menu to remap keys was a good idea because I used it. Two more questions, is there an another possible ending ? Where can I download your project ? I can see the download section with the .zip

Yeah! Your previous post about your retro 3D engine motivated me a lot ^^

xD I was tempted to use the Beep function too with this one. But it was limited to one sound at time. If I call the function twice with two different sounds, it will stop the current and start playing the new one... Thanks Windows x) I will play your game for sure!

Ahah and you can't imagine the face of our sound designer when we told him he had 300 KB too (for 16 bit mono ogg sound only)  !
Yes... Audio libraries are heavy and most of them relies on OpenAL under the hood (sometimes DirectX)

Hey! Thanks!! Yeahh, There are a lot of old school things and we told our 3D artist he only had 300 KB for textures and 3D models x) I think this is the reason why it looks like N64 games ^^

I had time to work intensively during these 10 days... to create a game engine from scratch. Custom made for the jam.

The engine is for now called "OOM Engine" (OOM stands for "Out Of Memory" ).  This is a 3D game engine made in C++17 with DirectX 9 and OpenGL 3 (not really a cutting edge DX12/Vulkan engine) holding in exactly 350 KB, with all dependencies and without any kind of compression. You can check the sources here.

What is not required to run the engine : a virtual machine, an emulator, downloading dependencies when the game starts (that's the case of almost all web browser games)

What is required to run the engine : Windows

Some issues I had :

- Audio...  a real challenge because there are two challenges. How can I play sounds ? Which format for audio files ? The first was the most complicated. 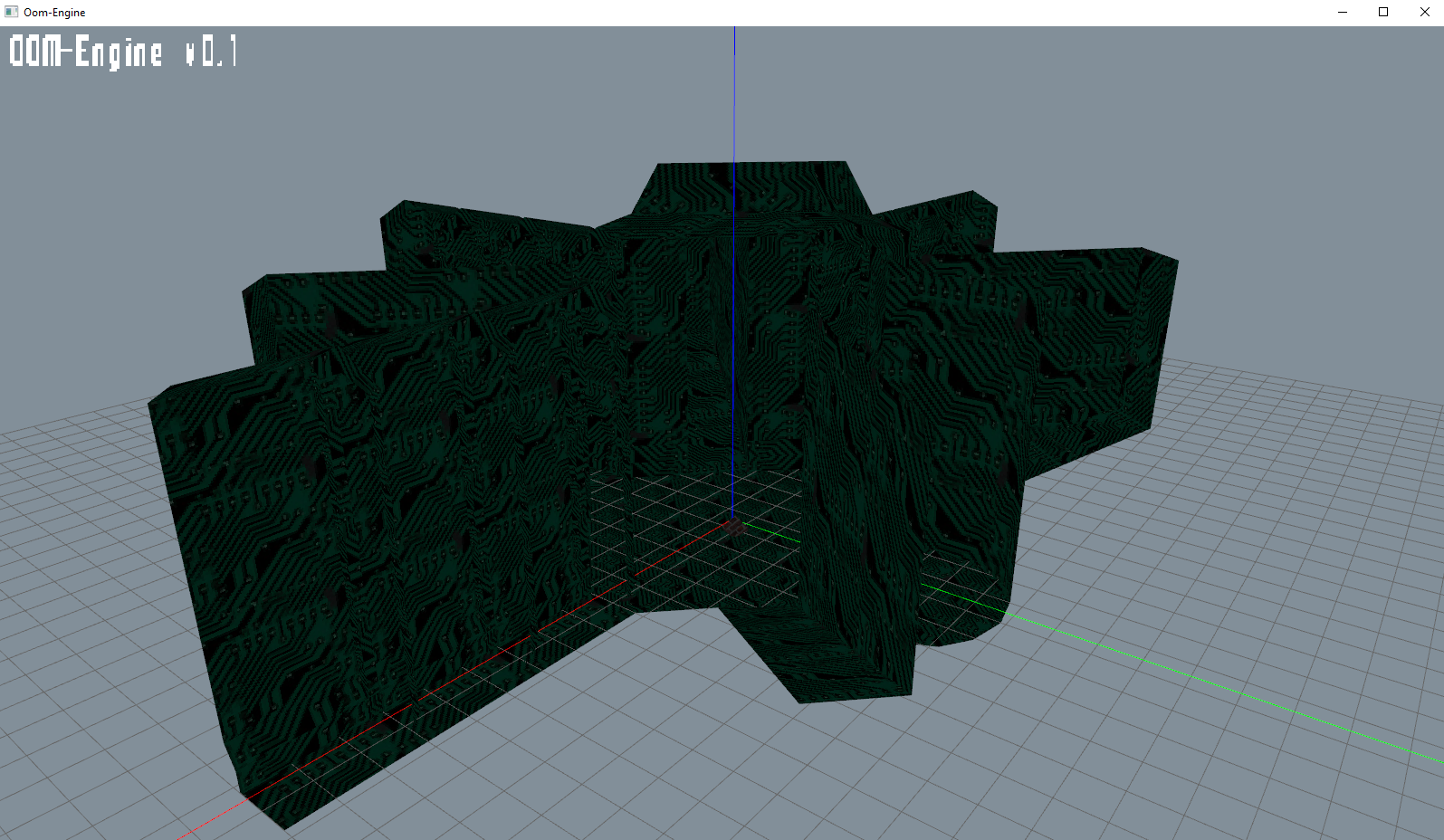 And voilà, 5 days and 1 MB available for the game !

Wow, impressive ! One of my favorite entry too. How did you manage to have a 500 KB executable with SDL and OpenGL 3 ? I'm really interested !

Thanks for the tips ! After a lot of research, after having compiled a bunch of libraries, the best solution I found is to directly use the windows API (Direct sound) that is installed on all windows in system 32 (dsound.dll). Kinda old and obscure, but it works... I tried OpenAL and other audio libraries based on OpenAL but they are too large, DLL only (no stripping possible) and I don't want to use any exe compressor. So the win32 api was for me the only solution (#include <dsound.h>)

Thanks ! Best of luck to you too :) I'm eager to learn more about your "non-engine" game !