Where were we? Yes, we had one lovely manual already licensed under Creative Commons, perfect for our contest.

But all we could use freely was the text, dropped in bulk as unformatted HTML. The lovely illustrations and layout of the original were copyrighted and out of our reach. We had to make do on our own.

Creating brand new pictures was beyond our budget and schedule, so we tapped into public domain.

Since RPG illustrations often have a somewhat "pulpy" vibe and since this specific game is very open-ended in the type of adventures you can play, old comic books seemed a great fit.

Luckily, there is a huge website dedicated to out-of-copyright comics, fittingly called Digitalcomicmuseum.com.

On one hand, the golden-age aesthetic was a great fit for our manual, with whimsy and imagination to spare.

On the other, we had to choose very carefully. While we wanted to honor these great artists of the past, sharing their work as intact as possible, we also wanted something welcoming for all people and ages.

With some good archive-digging. I think we found a good selection. And after our trusty Marco cut out the marquees, I'd say they work surprisingly well in their new role. 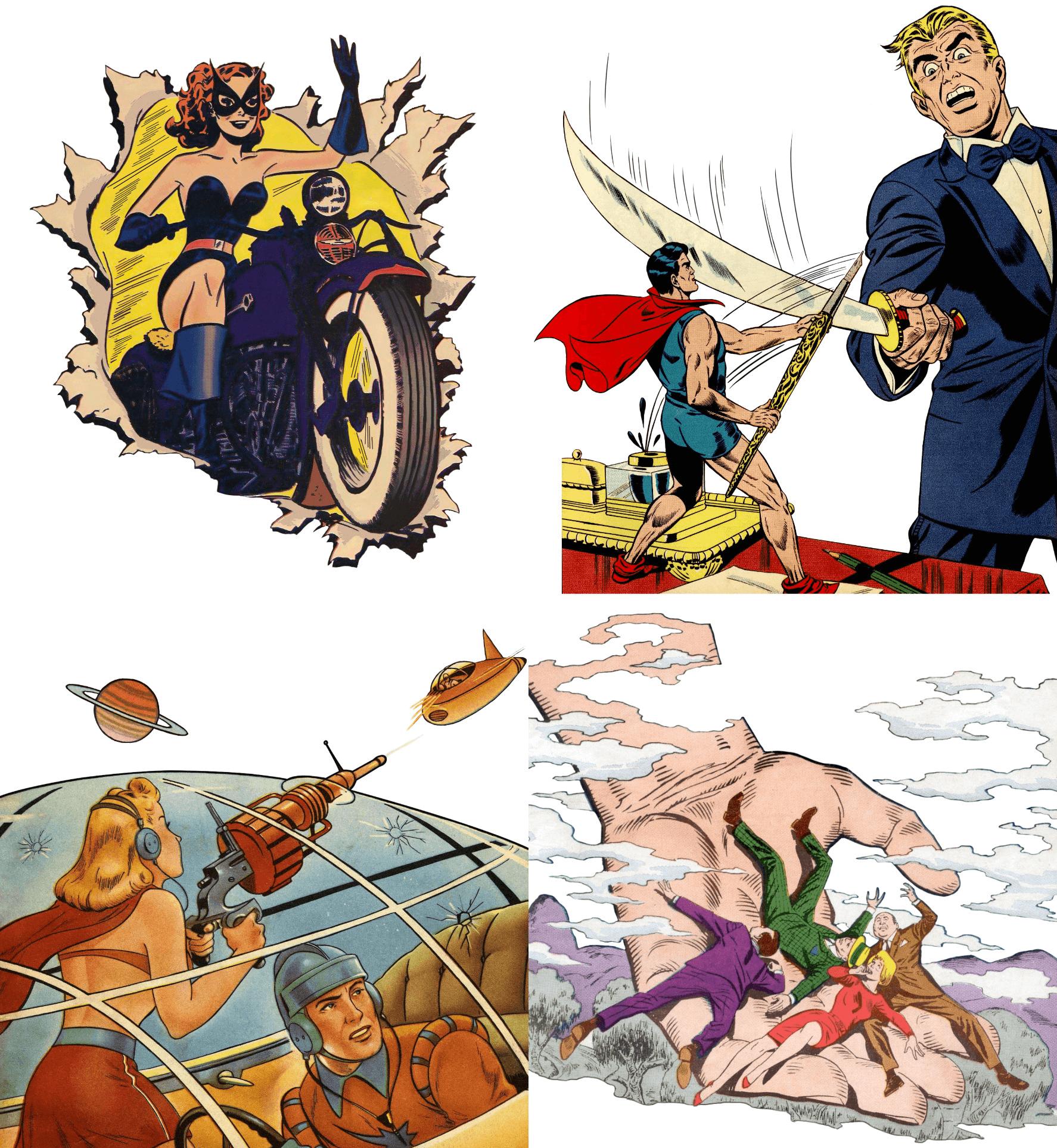 Admittedly, our initial plan was to share the PDF manual as-is, turning the work of extracting it and editing it into part of the challenge. It would have been quite fun to see people searching for solutions, picking their strategy, asking and sharing them in the forums and so on.

Still, since we now had to start from HTML, it seemed just fair to stick to it. Not only that, but itch allows to show HTML directly online (through its "play file in browser" option) and making entries so accessible was something we couldn't afford to pass.

As we all know, web design is incredibly powerful these days. Someone even managed to create a fully-featured clone of Photoshop that plays entirely in your browser.

But it got very far from the readability of the origins. If you want a modern design, you will have basic HTML on one side -spartan but human readable- and CSS on the other -with a cascade of numbers and codes only a machine can parse-.

Bulma is a "free, open source and modern css framework". Simply put, a collection of css classes you can use to spruce up the design directly from HTML.

Want to split the text into columns?  Just use the columns class!

Want to make a big splash header? Call up the hero class

And just like that, not only I managed to create a decent layout all by myself -complete with columns, backgrounds and precise image position-, but the code is so clean that everyone will be able to navigate it easily and -hopefully- improve upon it after spending just a few minutes on the documentation.

And there is it. Thanks to these amazing free resources, I'm happy to say that LocJAM RPG has one of the strongest, more approachable and easier to share packages we ever had.

Really looking forward for the jam to start on July the 2nd. See you soon!

We strongly encourage the creation of groups to meet the deadline! (Use the “Join” button on how many accounts you want to see notified about the event. Just remember that only one entry will be allowed per group. Maybe you could create a group profile too!)

I really wanted to reboot the LocJAM.

Translators are very passionate people, but they are also constantly forced to work alone, dispersed throughout the world.

When you give them any chance to interact, they usually eye each other with suspect for about 5 minutes, before they excitedly start sharing anecdotes and war stories for hours.

We saw it in action with the old LocJAM translation contest, and it was magical, and I wanted more.

But the old formula had two major flaws.

First of all, it was extremely complex to manage. Server, mailing list, jury, prizes... Every single step involved dozens of people and skills beyond my expertise.

And it was competitive. Sure, it was deliberately designed to water down the competition as much as possible. Any team size allowed, any skill level allowed, we had up to 16 different "winners" per language... It wasn't really possible to plan a sure way to victory, but that didn't stop some from trying (and being a nuisance in the process)

So we moved to Itch.io

And with that, the infrastructure problem shrunk from self-managing our own everything to having an account on a platform handling dozens of jams every day. For free.

And the competition vanished into a public vote. So there even isn't a prize to aim for, just the hope to appear a little higher on a page ranking.

I think it's a good change, as it removes the main obstacles that were stopping us.

Sure, a few people might not enjoy the event as a jam, and wonder why joining if there are no prizes. Not much we can do about it.

But also, we must accept we're no longer on our own, but surrounded by whole new people. Would we be welcome? And how would these systems built for game development work for game localization?

We had to give it a try, as soon as possible. 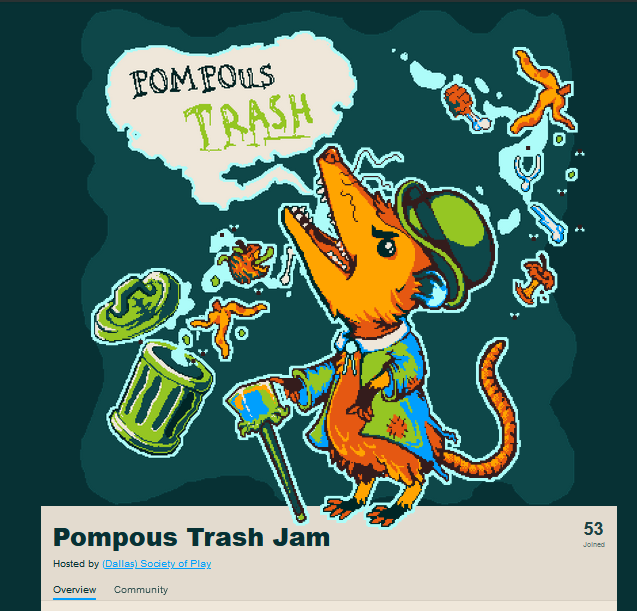 I really like board-game translations. Not professionally: unfortunately we only had one paid project in this area, and they somehow managed to print Google Translated text instead of ours.

But as a learning tool, board-games are amazing. First of all, they must leave absolutely no ambiguity about rules: a videogame can carry on if you don't understand it right away, but a board-game will simply fall apart. And while you try to make all your explanations as clear and precise as possible, don't forget to be readable and entertaining or people will just stop reading.

There's a lot of skill involved, and it all comes in a compact, unassuming package.

And very importantly in this phase, a package that's technologically simple. Preparing videogames so that they are easily translatable is always a challenge. Strings have to be carved out and moved to an editable file, fonts have to be added, checks must be implemented... It all takes time.

But analog games can be translated pretty much as-is.

And we had found a lovely candidate: [NAME REDACTED] the manual for an RPG game, lovingly illustrated and formatted. And best of all: it already came under a Creative Commons license that would allow us to translate it and tweak it right away, freely.

Or so we thought.

Because the text was indeed freely available under Creative Commons. But illustrations and formatting were copyrighted and out of reach. We had to create our own, without much time or budget. And so we did.