indeed - just uninstalled the sc post processing scripts/files and reimported and it was fine.

So with the new beta - occasionally if I run it in the editor this happens, and then it keeps rebuilding all the scripts. using the latest unity 2019 lts. it happens with a lot of different libraries amusingly. it will then rebuild all of the scripts in the project and it runs again - frustrating and not sure why. I do notice when playing sometimes the game appears before it finishes compiling. I disable smart compile and also tried the f7 route but unfortunately about 1 in every 6 executions from the editor this issue will appear.

Just wondering what engine you used to create this little FMV adventure?  Going to play through this in my work lunch break :)

I'm making a game in PowerQuest as well :) Gonna try out your little gem now :)

You could use the Universe Render Pipeline pretty well.  I've played around with all three and its fast as hell.  But I'd only recommend it if you really want your game to run on a potato :)

Doesn't work for me - I get a grey screen right after the Unity splash screen in the Windows release.  The Android version runs fine though.

Oh wow, I should have check your store page - I have lots of downloading to do.  If you need any help with Unity more than happy to help you out?  Send me a tweet/DM at @d15bit and I can add you to discord or something if you like.

I see you used something called TyranoScript.  I'll have to check this out.

I started to play it and definetly has a unique approach.  I'm really enjoying it especially the musical number.  Still yet to complete it though.  On a side I thought initially it was made in Unity till I went through the game files.  You built the engine from the ground up? I'm truly impressed.

Just purchased the game - now downloading - your fmv game has me very intriuged. :)

I was going to suggest the MIT license.  It's the least pervasive of them all, and less of a general headache for you.

Reply
PowerQuest community » General · Replied to Powerhoof in This is sooooo great! seems fine in Unity 2019.3.blahblah
15BiT312 days ago

I just kept loading and restoring and going into other scenes and it would randomly crash.  That was my process ;)

Cheers - I'll check out Rewired and the advice you gave.  Doesn't seem to difficult.

I want to create an Nvidia Shield/Android version of my game which uses any usb controller.  What plugin or procedure do you recommend for converting the controls across.  Is it a simple process or quite difficult?

Oh, so not what I was thinking of in the first place.  Don't mind me.. Ignore this thread.

That could be it - it is very random and it is hard to debug - but all I know it is something to do with coroutines if I remember.
Going through old messages it was this:

Which reminds me I have to test my game with the new version of PowerQuest in a more recent version of Unity.  I think I still have that weird crash due to save/loads.  I know it use due to .NET 4 API - as when I used the old .NET 2.5 API it runs fine.

Road to Nowhere tells the story of Cohle Bishop – a renowned introvert, and successful software developer – whose life is torn apart by scandal. 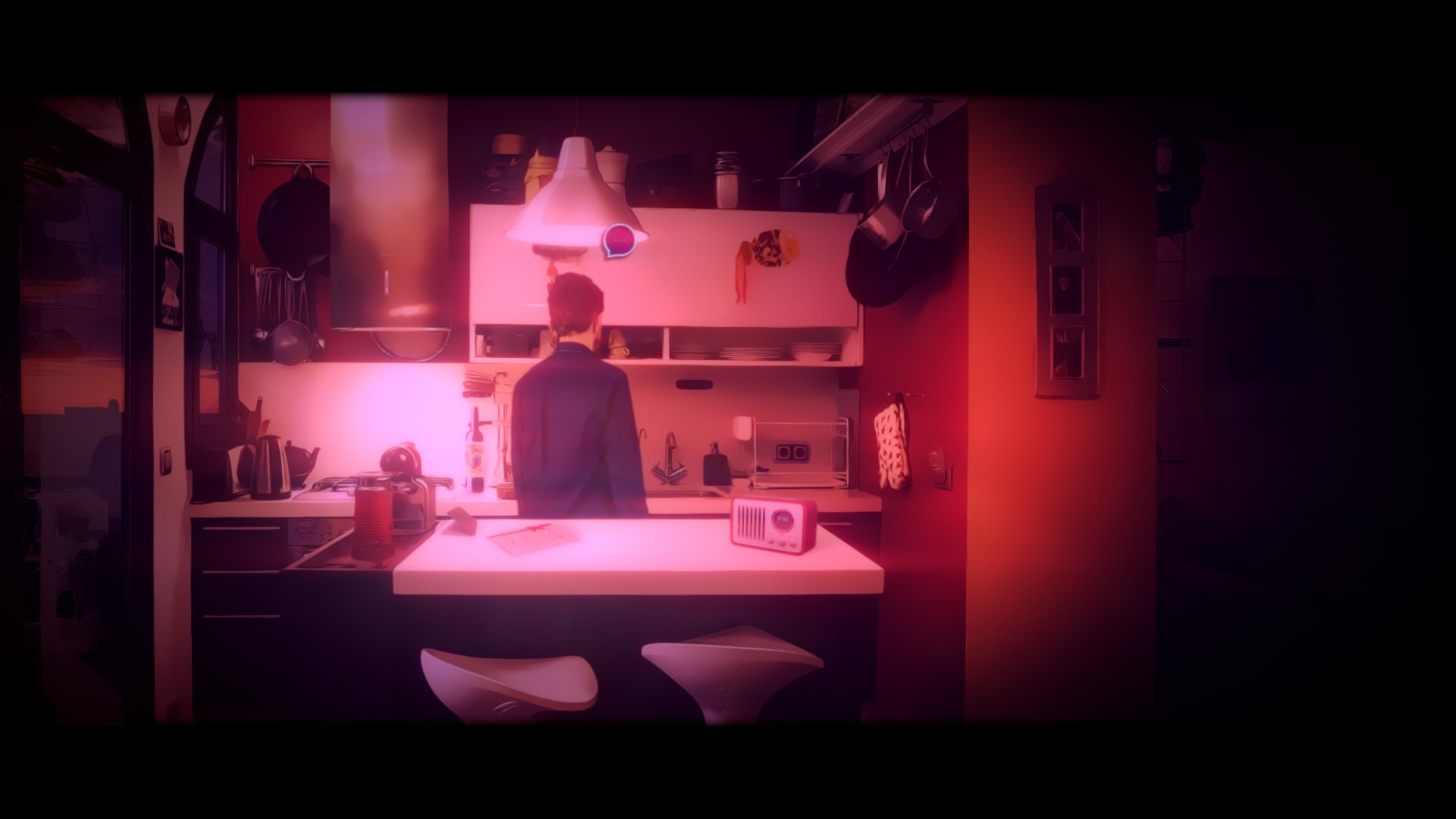 Though innocent, he is haunted by personal demons, abandoning his “perfectly adequate” life in hope of finding himself on the open road. Despite the help of his psychologist, Cohle spirals into depression as he moves from town to town – destination nowhere. 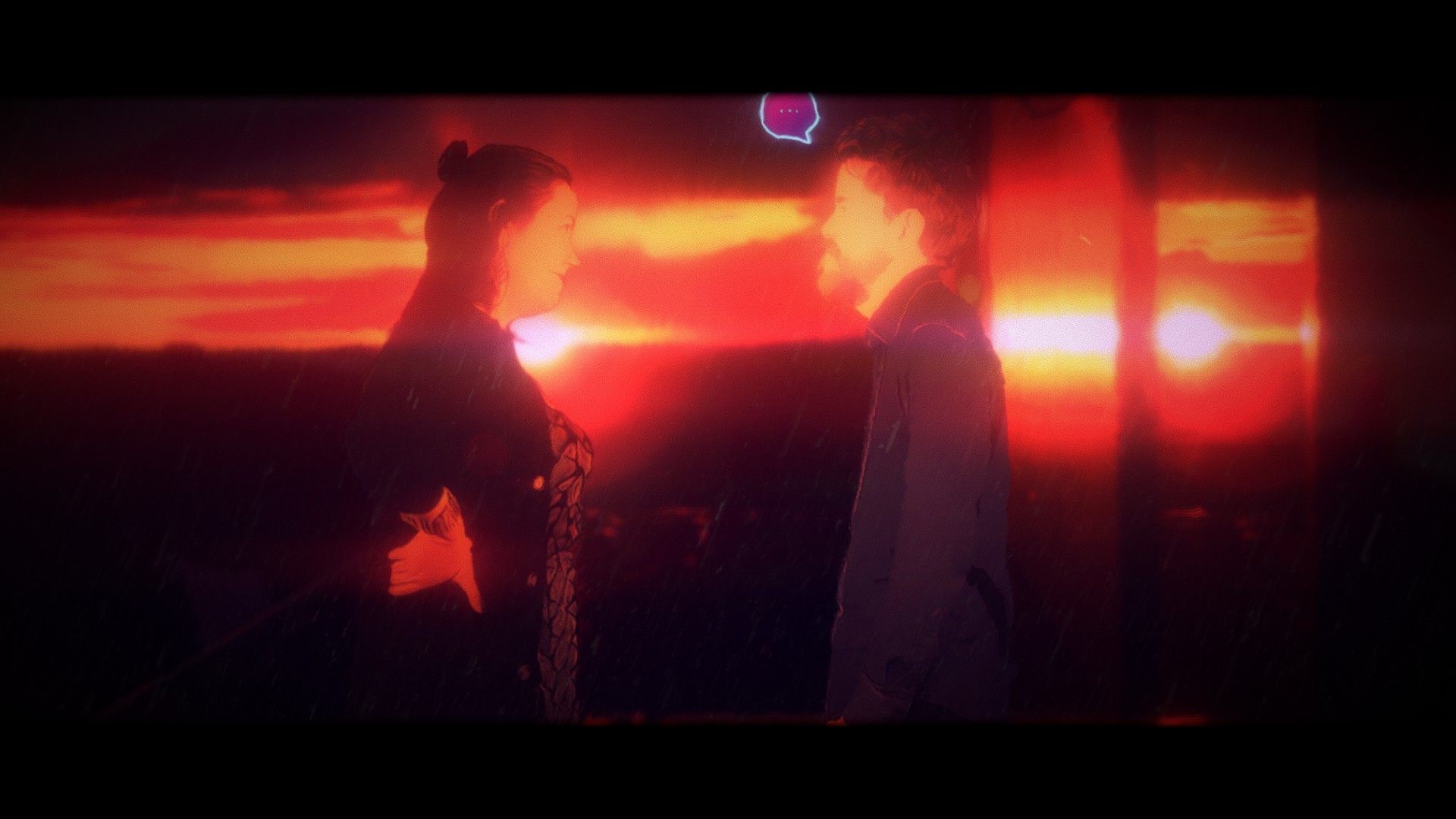 Though hounded by painful memories, there is hope at the end of this strange, twisted journey. 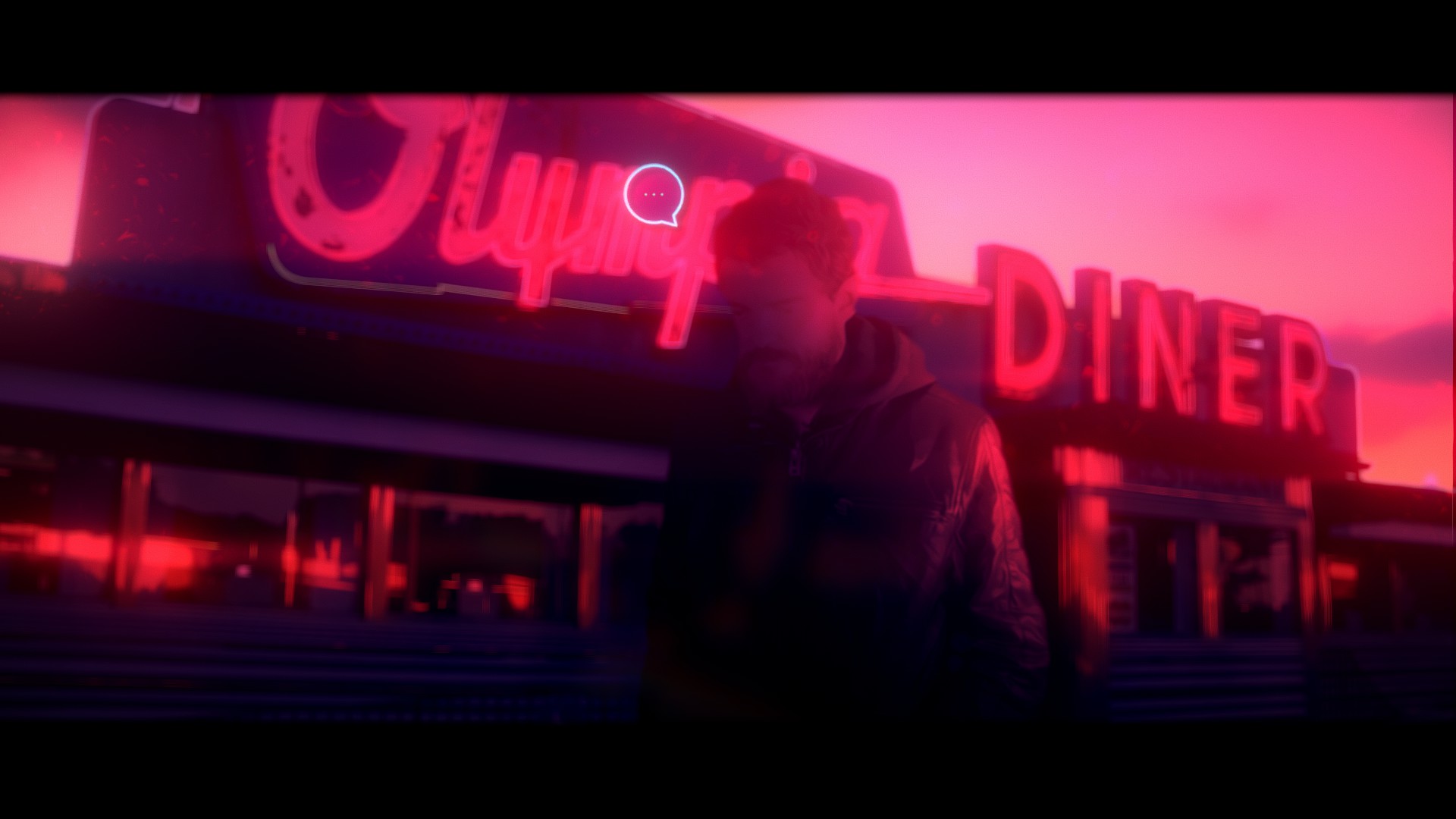 Can you help him find his way?

Road To Nowhere is an emotionally charged point-and-click adventure about betrayal, manipulation and abuse. The game is produced by 15BiT GAMES, and developed using Powerhoof’s PowerQuest framework. This solemn tale sports a unique aesthetic, and original dialogue written and performed by David J. Ross.

Releasing on Windows, Linux/SteamOS and MacOS

You can find it a demo at. Also wishlist

I've been developing this game with PowerQuest since probably September last year once I got comfortable with it and Unity.

So I had written a routine to save the game on a new scene automatically and with the new version of PowerQuest I noticed it has automatic saving now. Is this per scene and how does it work?

"You’ve reached the message bank of Cohle Bishop. You may hate me right now – and I don’t blame you. Just... please don’t call me back –"

Set over four years across the United States, Road To Nowhere tells the story of an introvert, and successful software developer, whose life is torn to shreds by scandal. Though aided by family, he walks away devastated and soon finds himself on the open road.

Confronted by his past and doubting his own sanity, Cohle spirals into depression as he moves from town to town – destination nowhere. Flooded with mismatched memories, he tries desperately to pull himself back from the brink.

Can he escape his troubled past?

Road To Nowhere is an emotionally charged point-and-click tale about betrayal, manipulation, and abuse produced by 15BiT GAMES. Developed in the Unity engine, it sports a unique aesthetic and original dialogue written and performed by David J. Ross.

"Road To Nowhere" will be available early 2020

well if you have a green screen i could do with some extras in the game. ;)

Sorry to the user below - accidently deleted your post. My apologies :(

Playing through it now, love the level of polish you've put into this project.  I think I've found my new favourite indie adventure game.

No problems. My discord chat is 15bitgames#3912

You can only try and thank you for your kind words.  Means the world to me.

I am looking for another actor for another smaller part as the motel clerk.  It requires a more southern accent if you are interested?

Thanks for responding tried to click on your profile to get your details but it wouldn't allow me.  Could you email me your twitter account and/or email address to support@15bit.site and we will go from there :)

Thanks for responding - I looked at your Youtube videos and its look you are of Indian descent.  Do you have any examples of your VA :)

Added a teaser trailer for everyone to watch. I hope you all enjoy. :)

I'm looking for a voice actor who would take some time out of their busy schedule to volunteer for a free indie adventure game called "Road To Nowhere".

I'm looking for someone to play essentially an antaganist role with a whiny and somewhat nerdy American accent. There isn't much dialogue as the game is reasonably short. For an idea the bottom right character is who you will be playing. 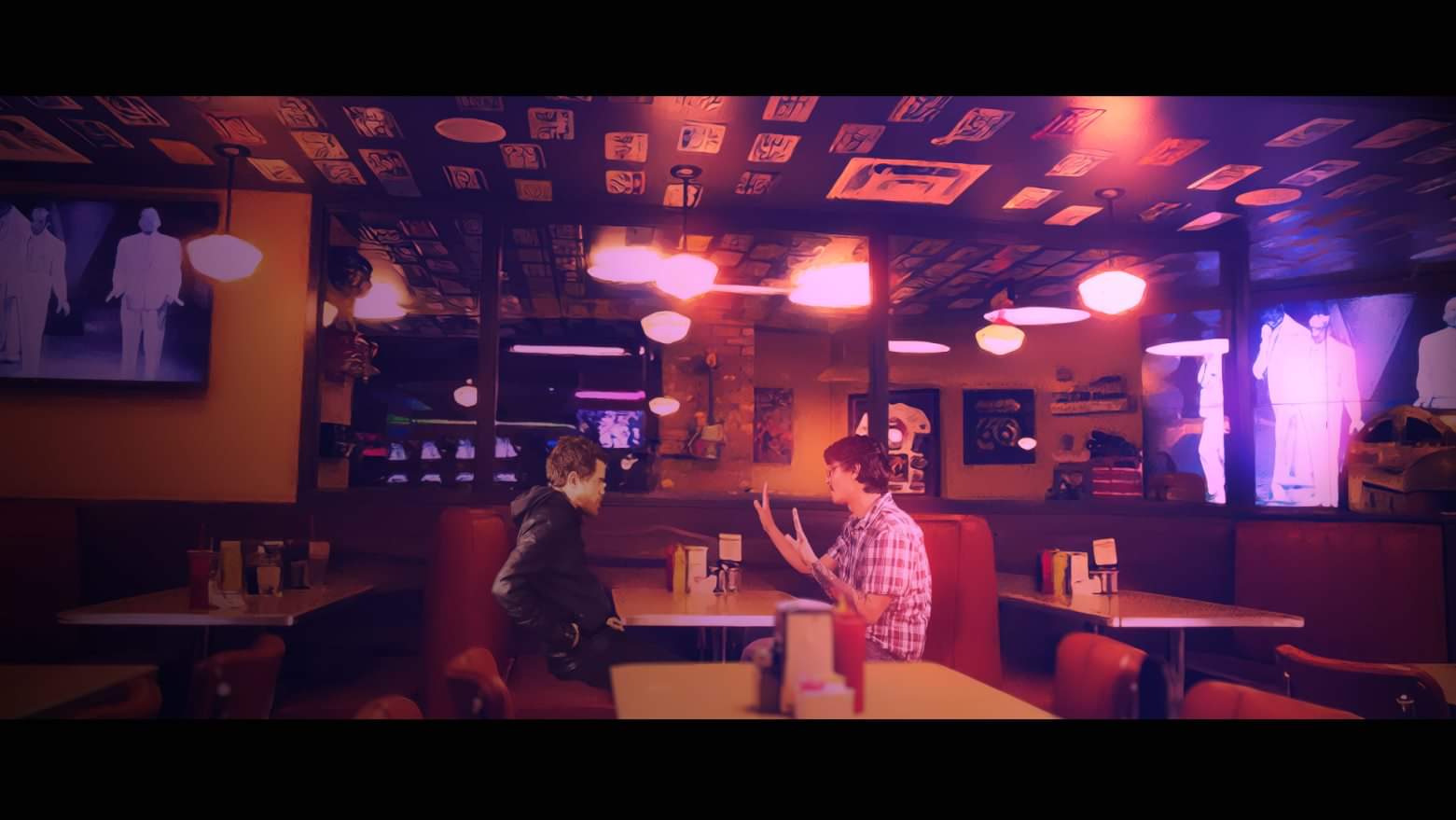 If anyone is interested in looking at the project you can visit my itch store front which includes more screenshots and a teaser video.

I will credit accordingly and if there is anything I can do in return I will also try to help out.

Looking for people to be extras in my free indie adventure game "Road to Nowhere". I need extras for a party scene where all Id require for people to do is various actions. Dancing, smoking, drinking, etc.  If you have a greenscreen and would be interested in helping me out message me here.

If you are curious about what the game look like check out https://15bit.itch.io. And here are some screenshots 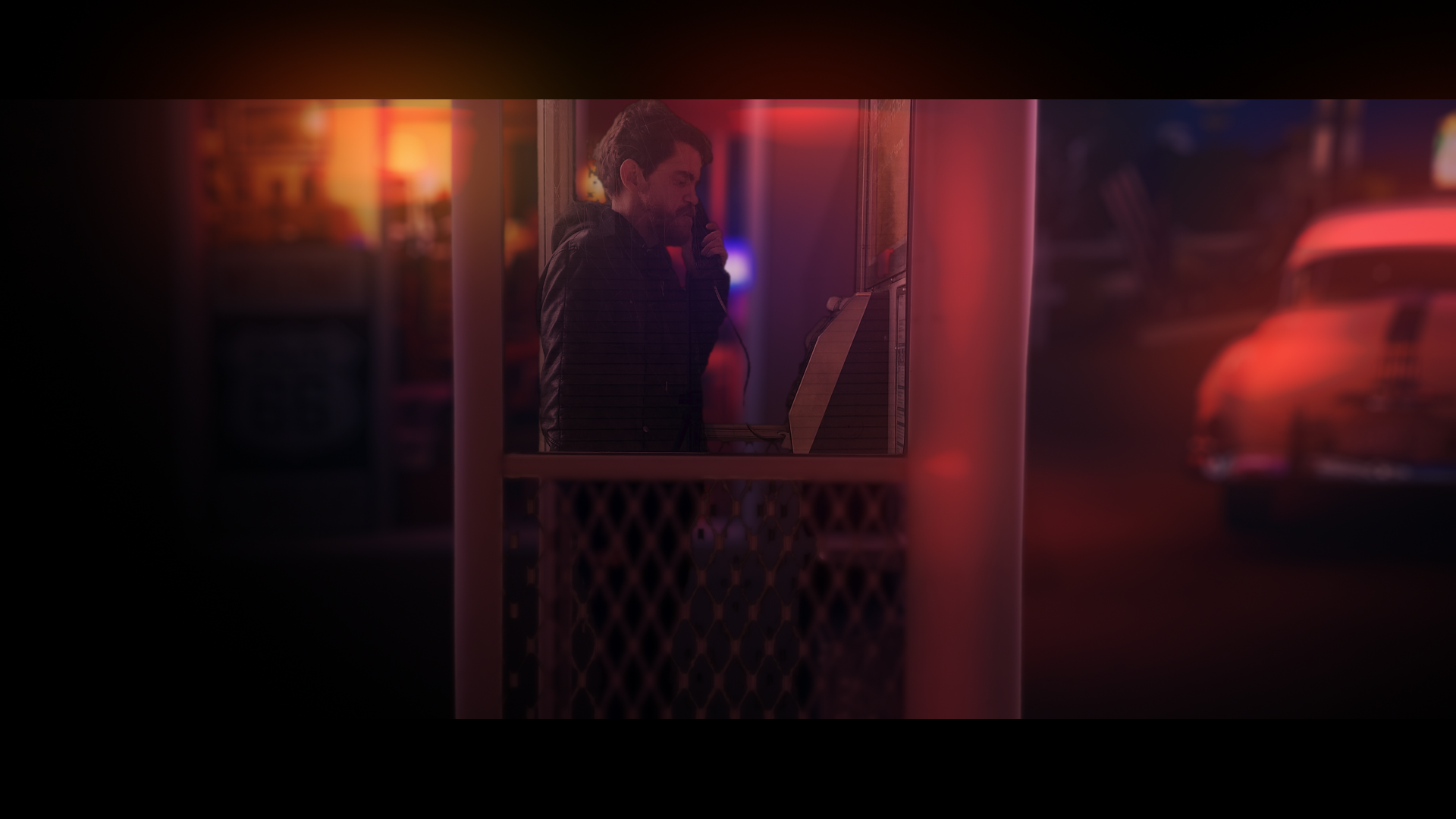 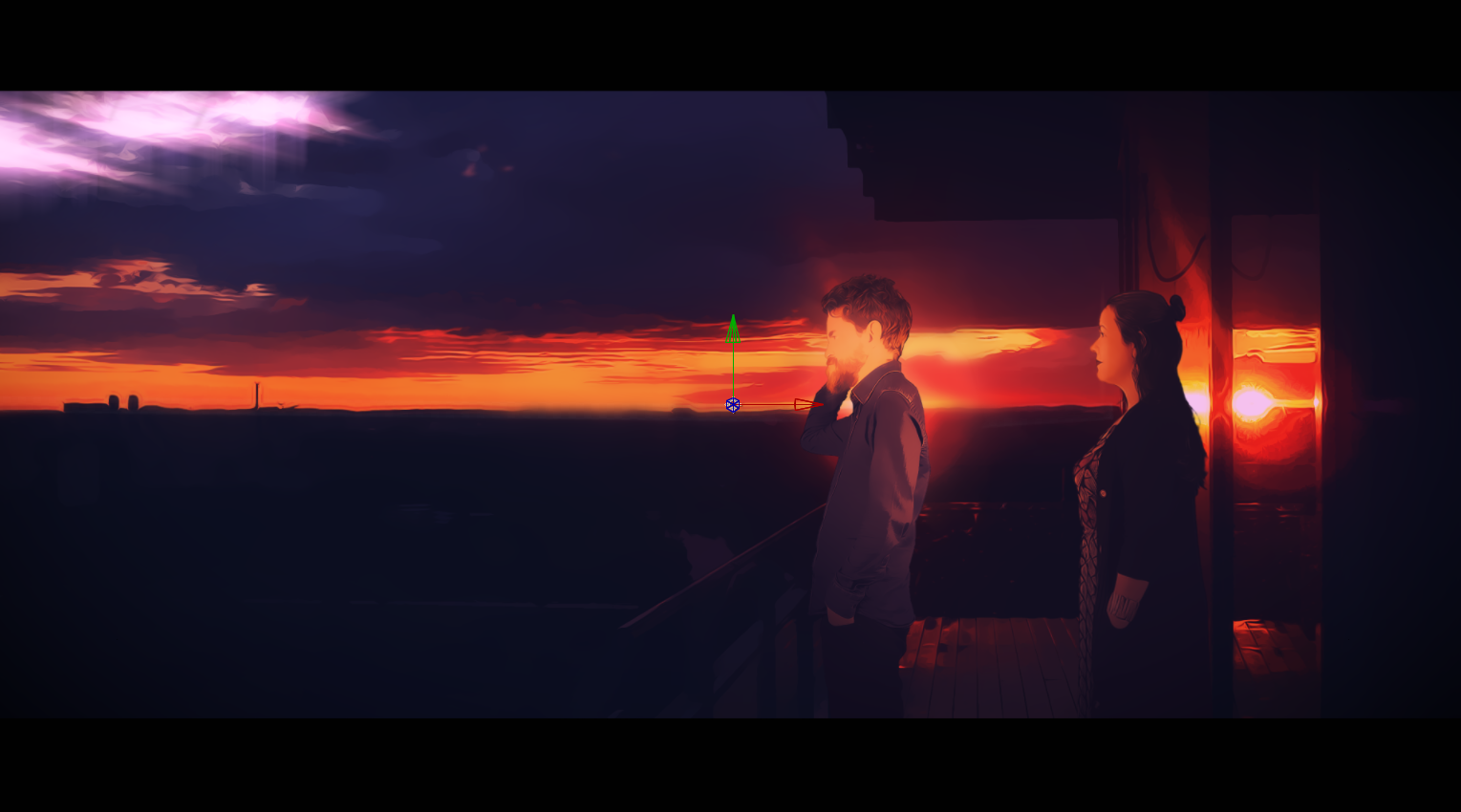 I'd just require a full body shot and you'd just have to do an animation I could loop.

Thanks everyone and I hope to hear from someone who is willing to help out.

My colleague and I who make up our small indie studio "15BIT GAMES" are in the midst and creative depths of creating a unique adventure game where you are on roadtrip to "nowhere".  This point-and-click adventure will be available for "free" in January 2020.

Set over four years across the United States, Road To Nowhere tells the story of an introvert, and successful software developer, whose life is torn to shreds by scandal. Though aided by family, he walks away devastated and soon finds himself on the open road.

Confronted by his past and doubting his own sanity, Cohle spirals into depression as he moves from town to town – destination nowhere. Flooded with mismatched memories, he tries desperately to pull himself back from the brink. 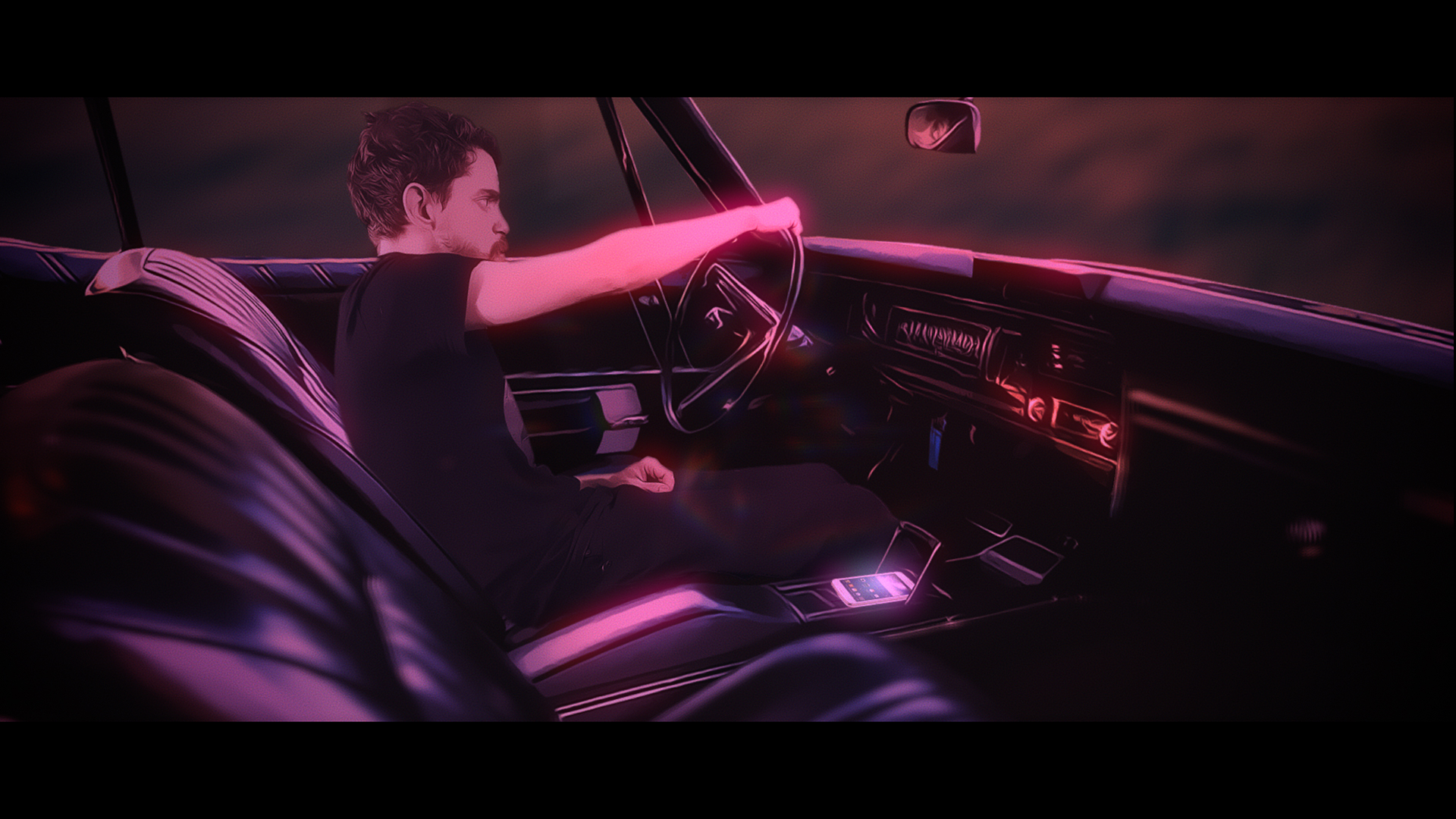 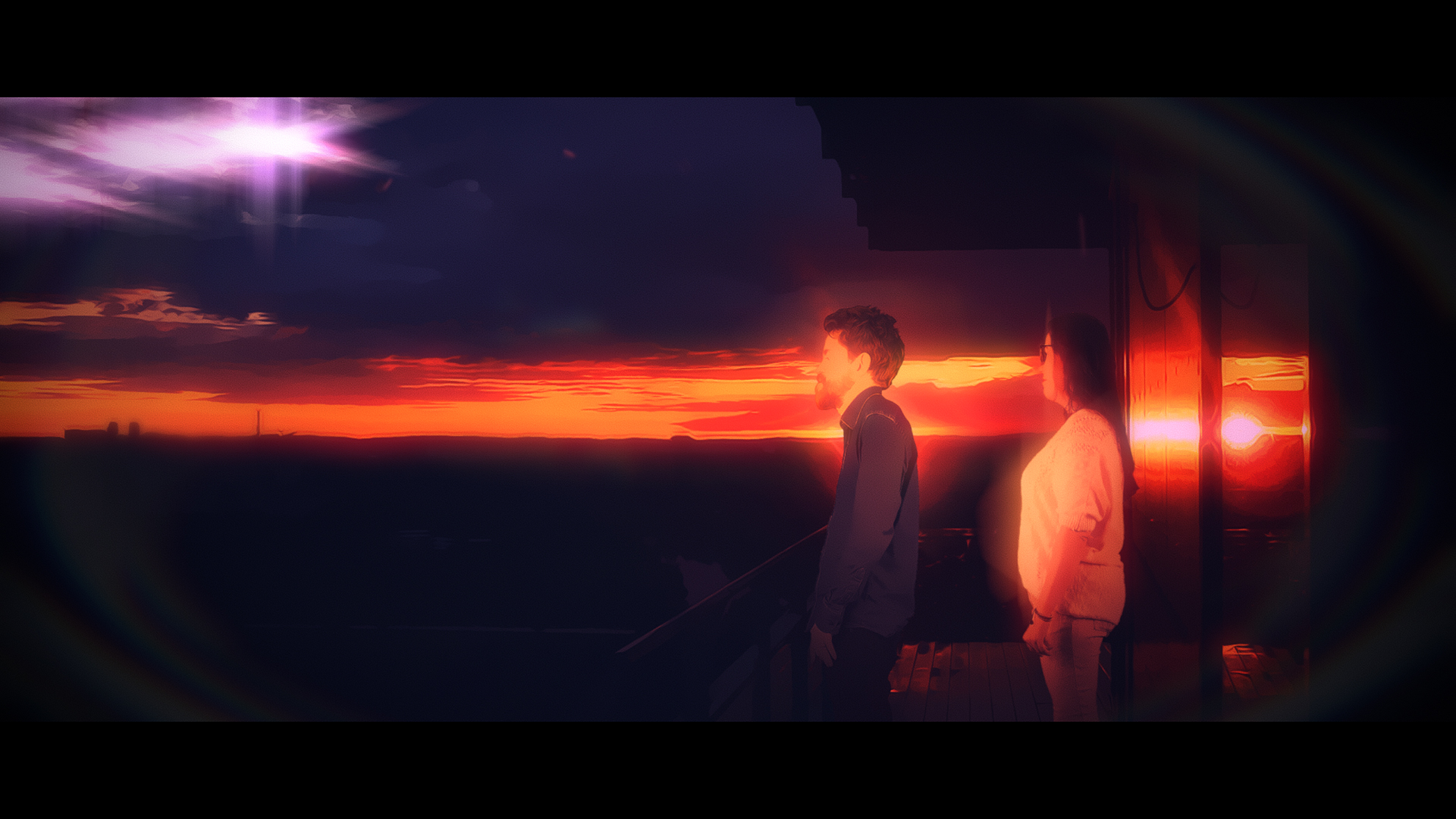 Thanks for everyone's precious time :)

So here are some things I have noticed.

1. Great use of fmv sprites.  Curious as to how you did the walk cycles, did you use a treadmill?

2. English translation has some typos and broken english. Would be happy to fix that up.

3. Maybe remove unused dialogue options from the tree. Ruins the flow of the dialogue if you can keep repeating them over and again and again.

4. Choose another font rather than the default font.  Maybe choose something that is native to the resolution you made the game at - 800x600?

5. Really love the mood of the game and quite curious about the rest of the story.  But unfortunately I am stuck and I'm not sure if I'm missing a hotspot. Is there a walkthrough available?

It is rare for me to see an FMV/Photography art-style game using AGS.  I'm downloading it now impatiently - I'm really looking forward to your game :) Once I've finished I'll post a review :)

Loved this game, some really great writing.  Would love a really fleshed out version of this story.  Great work guys.

I noticed on the itch website you can get the linux version but it says it isn't available in the app. Could you resolve this?