Sarainia, you only know your own life, not the lives of others. There are innumerable reasons for people to give up on a project, and while it is sad when it happens, as long as they didn't charge people for it, they do not owe it to anyone to complete it.

Frostwalk Studio, completely disregard Sarainia's post. You have created a fine, enjoyable little game and I look forward to seeing its sequel (or any other future project) should you create one. 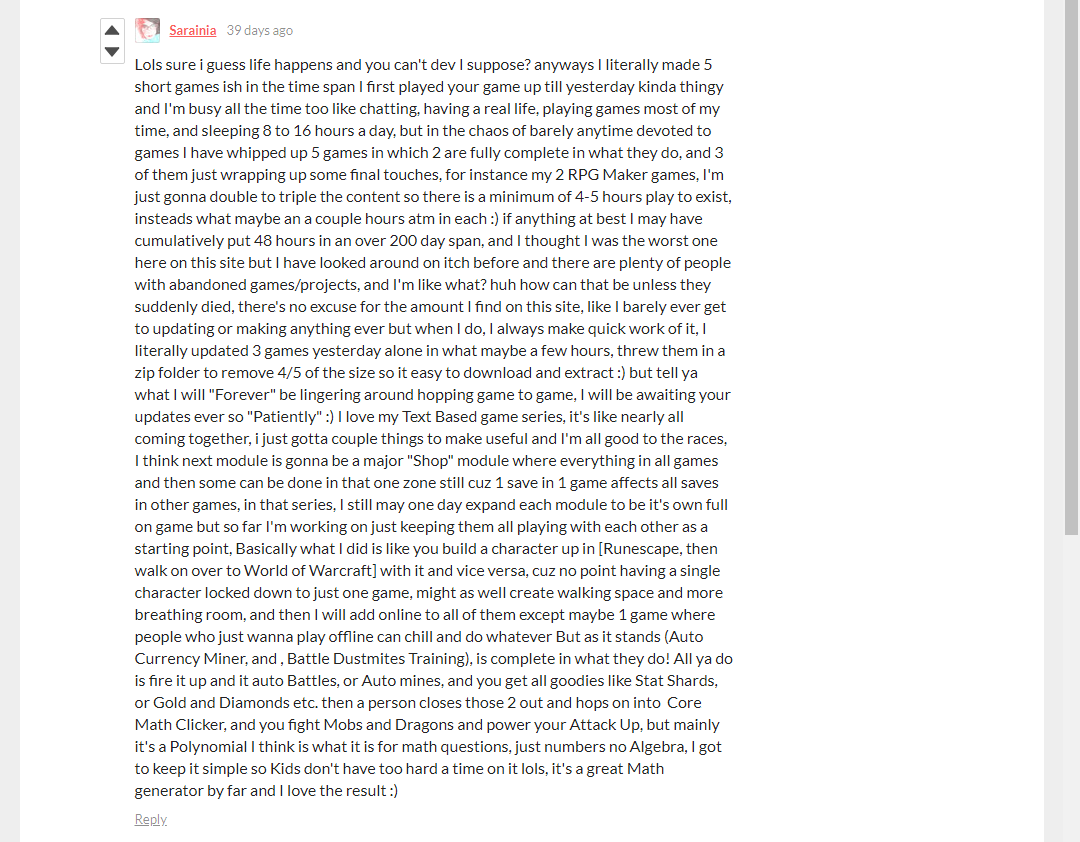 Thank you Clerk, I appreciate it! I was honestly so incredibly baffled by that reply that I didn't know how to respond. You put my thoughts so eloquently into words.

I'm glad you enjoyed the game. Your comment came at a very coincidental time too, as I'm currently developing some tools to use for future game projects. I've improved tremendously as a programmer and artist since making this little game (still a lot to learn though!), so hopefully my future projects will impress. :)

Otay I hope the future projects do impress thanks :)

I don't log in often unless I have several games that I have played that I want to write reviews for, but when I saw her comment I was so dumbstruck and disgusted that I had to respond to it.

On a brighter note, I am glad to hear your status update and I look forward to the future projects that you will make with the tools you are working on presently.