I've made it, I beat the game ! (And broke it right after) Wow this was quite a thing, hard to deduce, but doable. Really not easy to have a good orientation with all these things looking the same !
The ambience is very veyr interesting, and all these thematics about a creature that should not exist, a piece of a world thrown into the void, I'm not sure I got the scenario but I'll try to explain what I understood about it

A people, on a planet, happened to find an eldritch creature threatening their homeland, so they cut off a piece of their world where it was to throw it into the void and kill it. Some were on this piece. That's where we are. And we are the last surviving member of those, awakening after a very long time, seeing the piece of world is shattering and being burnt by a some sort of sun or a time's end or the creature itself. It jumped into it to kill itm or not, I've made both endings eheh !

So eerie and otherworldly feeling, the artistic direction is so weird but nicely done, very good work on textures ! 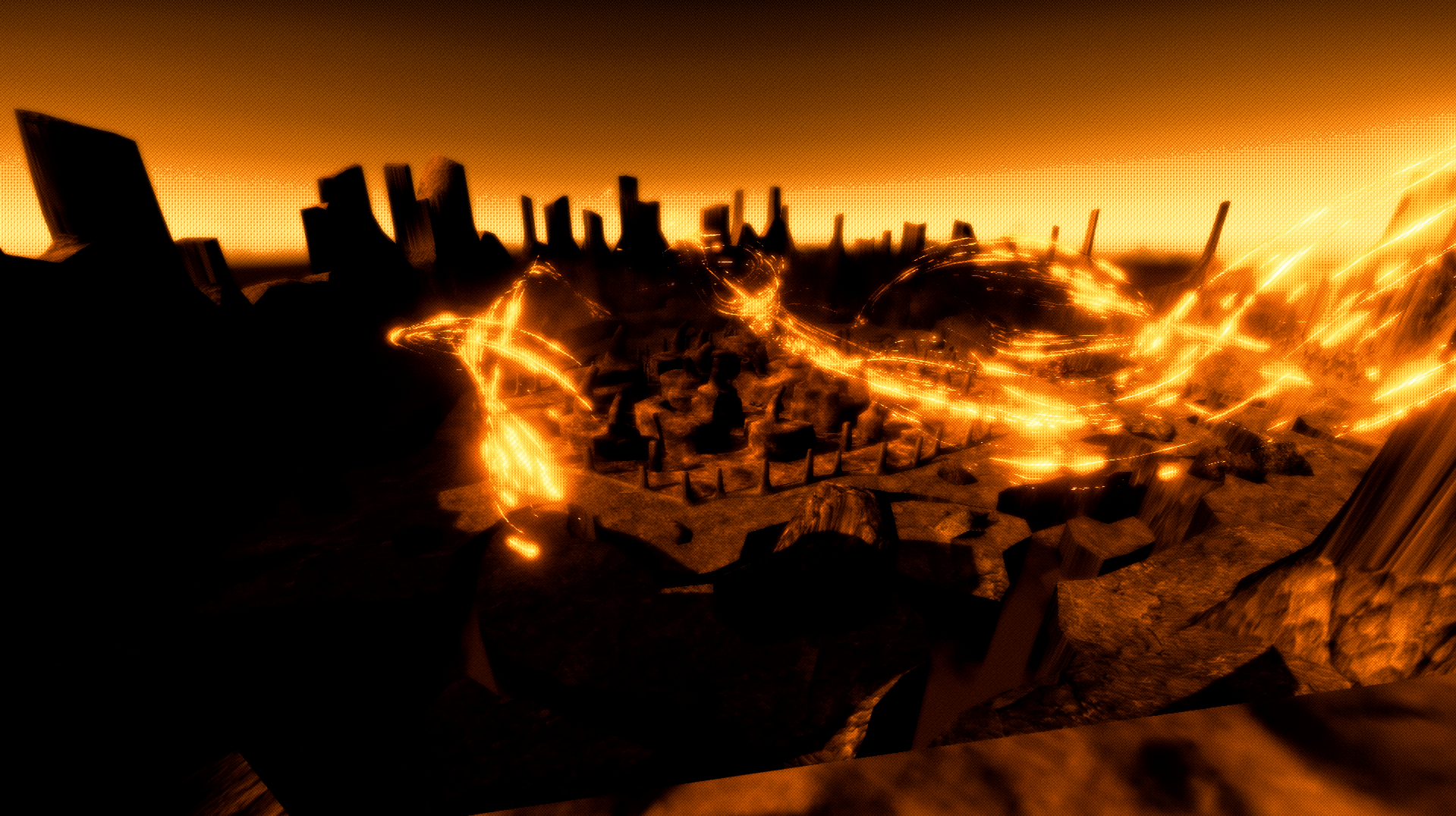 Yeah you can climb on the mountains

On the bugs :
Once you passed through the end door there's an invisible wall making so you can't go back
You can drop jars into the stars machines things, thus making them disappear until you open the machine. There aren't that many and I did it thinking it would be the right thing to do at first, so maybe you should fix that, a player can ruin their game easily by not having any jars left. I mean it takes 2 mins to restart it and redo what you did but still, if they didn't get it.

Awesome 💖, thank you so much for diving into it and taking your time to explore. Also the bug definitions are very helpful, so i can fix it tonight. (currently fighting with a bug appearing on linux, but that's for later then 😬). These items have a function (IF falling into void > respawn), but i remember deactivating it for testing, so this is also good to know.

To the story: I was worried that it's maybe not understandable. But these sorrows are gone now and i feel relieved 😻. Your explanation about what happened, is absolutely correct. 👍👍👍 Your words are very valuable to me.
I praise the universe for your existence. 😄 Thank you.

You're very welcome !
Oh the items don't fall in the void, they are trapped in the machines if you do that, so they won't respawn !
Wow I'm honestly surprised I got it right xD I loved the words and style used, this narration is great, fitting your intentions ! I also like the fact it's not that easy to understand, and there are quite mysterious notes, it adds to the general otherworldly and above human comprehension vibe ^^

Well .... exactly! 😄 Anyway, pushing items through walls and in machines belongs to the past. Also climbing and falling from the island.  I already fixed and updated all that stuff last night thanks to your feedback. 🙃