A journaling game with a smart use of the card deck (events, PNJs...) for a deadly game in which you begin with 3 explorers... who are very unlikely to leave the monument.!

There is an enigmatic monument, and no explorer has ever come back. There's no reason to think your expedition will be any different. 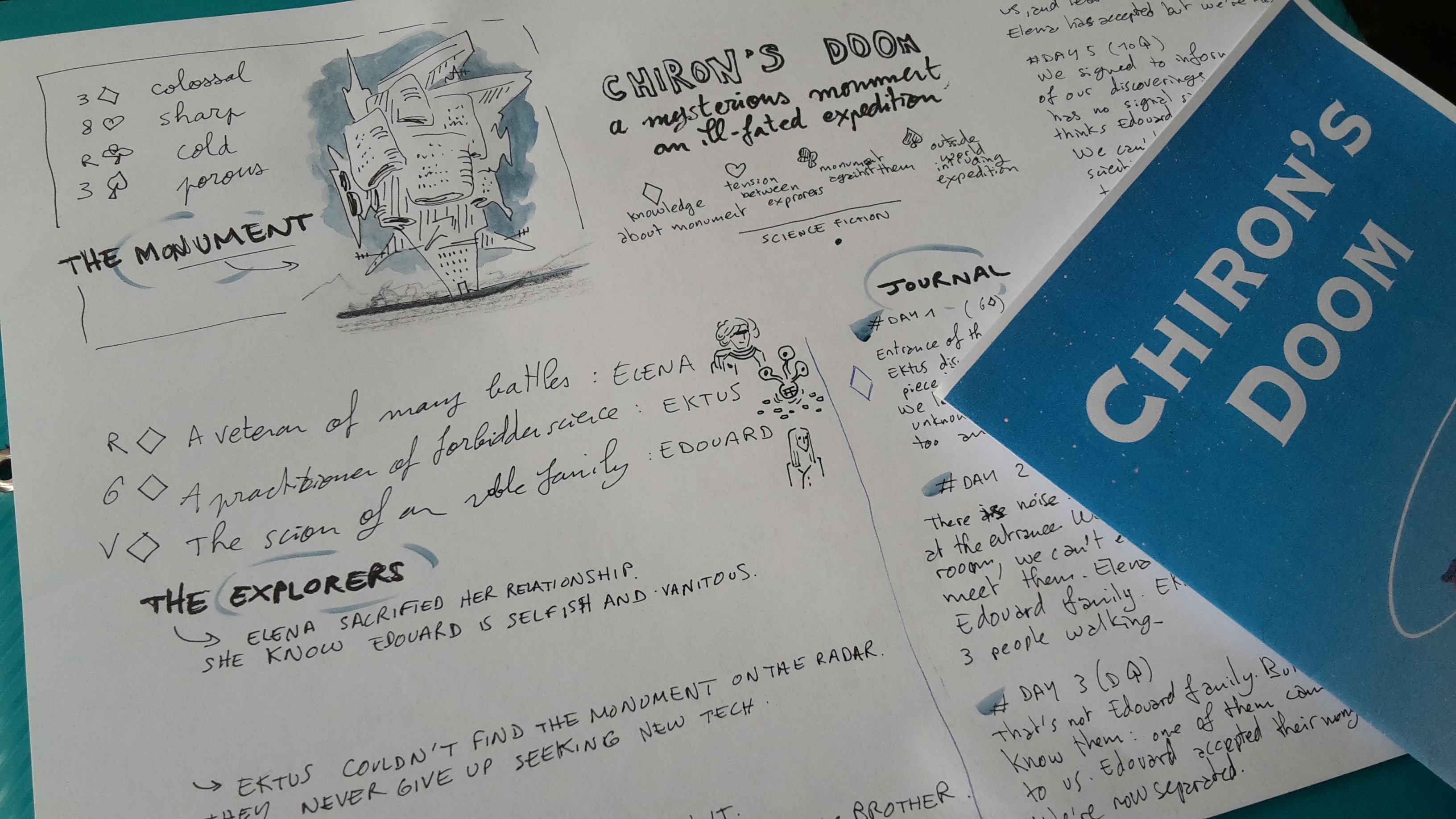 My characters were Elena (she) the veteran of many battles, Ektus (they) the practitiner of a forbidden science, and Edouard (he) the scion of a noble family.

Edouard betrayed them from the very beginning: he joined another exploration team for money.

Ektus and Elena have recruited Tiki an outsider, then this outsider got too scared and ran away.

It turned out that Ektus had either been here before and knew the place, or he was "possessed" or belonged to the monument.

Elena were the one who almost survived and find the secret of the monument... unfortunately, I only had one diamond left for that but I got all the disaster's decks! So she became part of the monument.

Finally, my game was kind of reminiscent of the movie Cube, but without so much blood 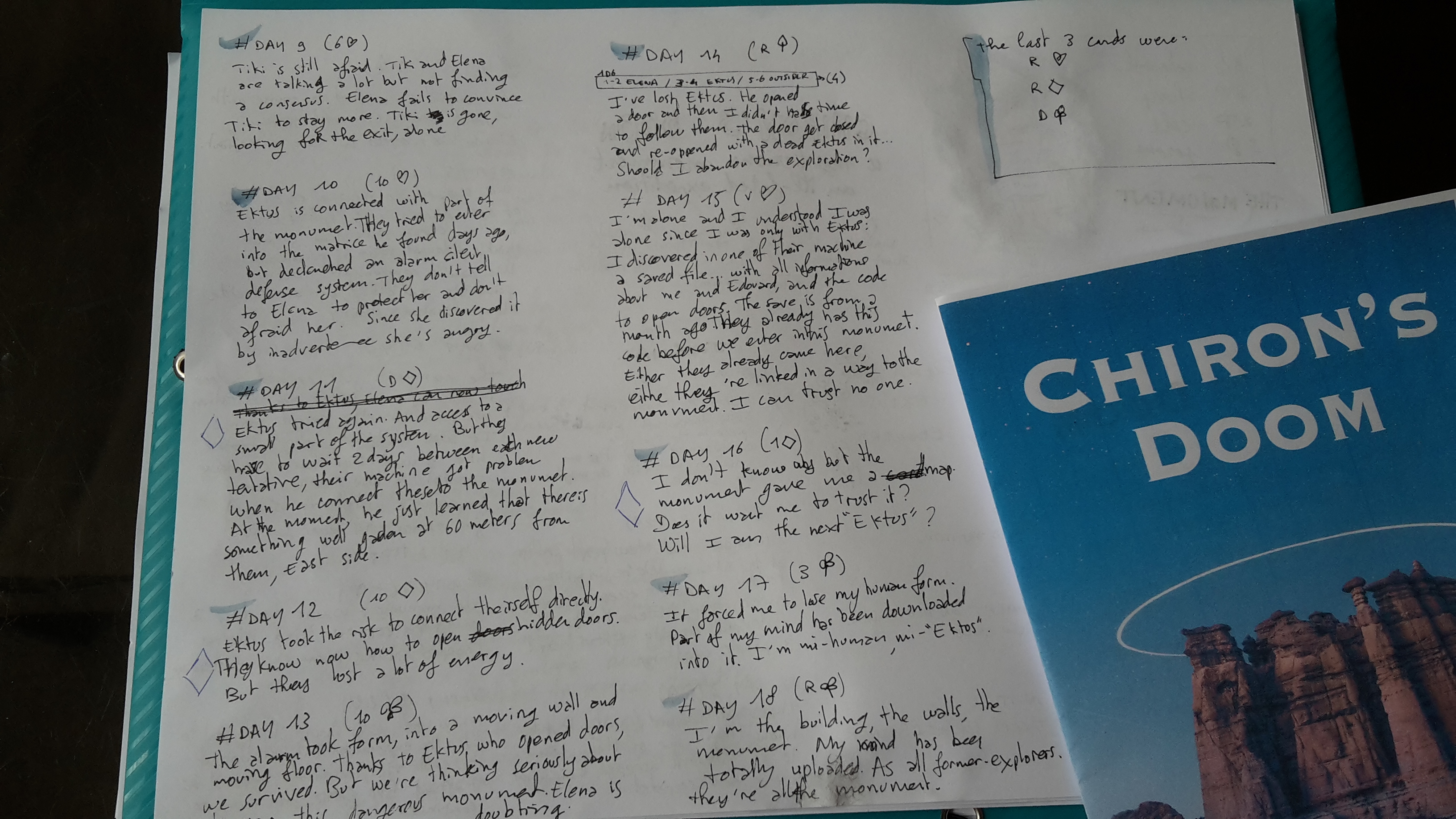 Thank you for this game!

Thank you so much for this review, Angela! I'm glad to hear that your game was reminiscent of Cube -- that's exactly the sort of feel I was aiming for. And you produced such a lovely journal!

"I'm the building, the walls, the monument."