Sleeping with the NMEView game page

Take control of the legendary British Music Mag . Sex, Scandal and Selling Out.
Submitted by Tim Sheinman (@TimSheinman) — 3 days, 21 hours before the deadline
Add to collection 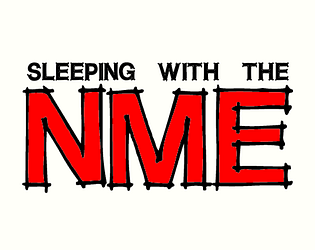 Sleeping with the NME's itch.io page

Nice work. As others have mentioned, the comedy was lost on me too (but that's not a problem). The game looks quite polished given the short amount of time. You did really well with the music too.

One thing I would suggest is that rather than having the player click an empty space and then click the headline they want to associate with it, it should have been a drag and drop system instead.

But overall it was really good.

Submitted
Enemy of my enemy
LikeReply
Frisk17Submitted2 years ago(+1)

Submitted
The Revenge Of The Demon
LikeReply
KanyaSubmitted2 years ago(+1)

It's a really creative and fun idea! I loved every second of it!

Cute game, and obviously well built. Unfortunately I'm neither British nor am I knowledgeable about celebrities/tabloids so I think a lot of the humor is lost on me. Very creative though!

Thanks, yes it is for a very specific audience, but hey ho.

Really cool idea and execution on an editing game. Great job with the clean interface and funny writing.

Thanks, entirely UI based games are in many ways easier to program than sprite based ones, so I had lots of time to work on everything else. Going to check out your piece now. Best

I'm not gonna lie, I laughed way too hard at "Morrisey: Meets His Murder" (a fellow Smiths fan? (: )

I really liked this game. The pacing is right, the feedback the game gives you actually makes sense for once and the visual style is stunning for a game made in a week. I'd give it a 6 out of 5 if I could and wouldn't be surprised if this wins the prize!

Thanks, can't ask for a better review than that. Obvs also a big Smiths fan. Really wanted to nail that particular thing the NME had in the 90s of being slightly up its own arse, while also little more than a tabloid. Very much for a particular audience. Regarding look, it's all in the font.