Submitted by deice — 27 minutes, 55 seconds before the deadline
Add to collection 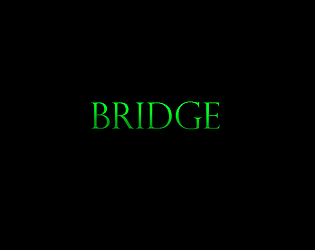 Needz moar checkpo!nts. That is all. R.G.

Haha well that's certainly a step up from Grave Mistake through shorter length alone. I still feel like one or two checkpoints wouldn't have been unwelcome, especially because that last segment was really hard to guess when the enemy will lunge at you (and that one cost most of my deaths grr). I heavily appreciate the control you have over your jump and think that helped it out a lot this time around. And I really liked the enemy attack designs and figuring them out. I do feel like both of them should have had a small delay though. The lunging ones didn't telegraph enough for some of the closer encounters (they can still choose their direction when they start launching, it just needed a little audio cue imo). And the jumpers should have had a sliiight delay. Like  they should still be fast enough to make sure they can cut you off, but with how they jumped immediately it wasn't obvious for the first while what was going on and I thought it was by coincidence. There's a subtle mental disconnect unless the jump happens as an actual reaction and not a simultaneous event.

Anyway, good stuff! I also liked the inclusion of a story this time, gave some catharsis to beating it. Was the music at the end made by you or found somewhere?

i intended for the player to get used to the jumping dudes at the start when you have those 2 gray blocks with one of them in sight so as you platformed you were gonna realize that he jumps when you do, atleast that's what i hoped would happen. what actually happened was not only was that segment too short but the jump timing also doesn't sync up with the enemy so ¯\_(ツ)_/¯

as for the music, it's a chiptune arrange i made of the vocaloid song "tailor shop on enbizaka" so yea not an original compositon

boy am i glad i put that recording of the cutscenes post-gameplay segment in the game description, otherwise some people couldn't properly rate the writing and use of theme

(ps the jumping blobs are way easier than they look, just do a short hop and run under them)

i wanted to focus more on the story this time given i thought the theme was good for it, which is why i left the gameplay part super short (although because of this i put back the instant death unlike in grave mistake which has a health system now)

And the way you included the theme has not been bad at all!

in case someone is not able to beat the game, there is a recording of all the cutscenes after that part in the description of the game page.

Too hard, should have more check points, I think not every one will finish the game so they can't see how you use the theme at the end.
but overall, it is pretty cool, I like the pixel art and story overall, cute little game.