Take care of a catgirl!
Submitted by Team Infernus — 4 minutes, 10 seconds before the deadline
Add to collection 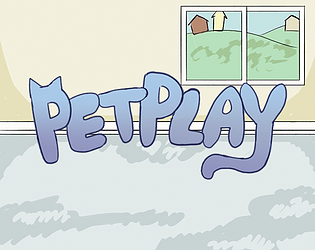 I’ve been following Team Infernus ever since you guys started making games during Ludum Dare and have been keeping up with your progression with Infernus and your other projects.

Playing this one now, overall, I believe the project has a very cute presentation and the animations were actually pretty warming (as I’ve always thought your artworks were your strongest asset), but the weird scaling of the objects even with the re-sizable windows made it very awkward to keep the game around.

Speaking of keeping the game around, while I do see that the goal here was to make an idle game that you could stay in your desktop, due to the nature of the game that it is, I really didn’t feel much compelled to do it. I couldn’t do very big tasks in the background and keep the game idle because I’d have to return every two minutes or so to take care of a specific need bar, but because the goal here was to do an idle game, staying around and just watching the bars go down until you can tend to the cat girl’s needs felt slightly cheerful.

In the end, I kinda just bingewatched some stuff in the background as I got the four experience bars to get the different artworks, but it was more because I wanted to get the latter done, than bingewatch the stuff.

We originally wanted the game to be fixed resolution, something small so you just have it opened while doing other things but since there was overwhelming demand we made it so you can set the window size. We did that pretty last minute so there were some scaling issues due to that.

This was really cute! It took awhile to get her heart up but I enjoyed the animations! I like that it slowly builds a relationship.

So like 10 minutes later and I'm STILL trying to make it to the last affection level, maybe increase the timer?

Unfortunately I'm getting some screen tearing issues with this build. It looks like the images aren't being updated until I force an update by dragging the window around. I'd love to play some more if you're able to fix this :)

Tried looking at some of the vsync options to see if that would make a difference but everything seemed to be alright. I've heard of other people having the same problem with a bunch of games. Do you have a nvidia card? If so this might help but idk if you tried something like this already http://tongtunggiang.com/blog/2017/08/05/how-to-get-rid-of-screen-tearing-in-lin...

I actually hadn't seen that before, because this is the first game I've had this issue with. Based on that post it might be because I've recently started running games in LXQT, which is a very lightweight environment but I don't think it has hardware acceleration.