Behind the Scenes with Madi - WereHouse

WereHouse stands out as one of the more cheerful entries to the Spooktober jam. You play as a human who gets roped into organizing a haunted house with three actual monsters, each of whom is charming, fun, and, if you play your cards right, maybe interested in dating you. Featuring a high level of polish and a lengthy script with three separate routes, it's obvious that this is not the team's first rodeo. I caught up with Madi (aka timepatches), the project lead, to get some insight into the process of creating WereHouse.

How did you get involved with the Spooktober VN jam?

Pretty sure I saw either a twitter ad or a Lemmasoft post, and then checked out the details in the Devtalk+ discord server. I'm a chronic lurker in big servers (I find them really intimidating), so I'd never really been active in Devtalk+ before, but it was really nice to be in the jam chat, and the community made me feel really encouraged to actually participate.

How did you meet the other members of your team, and how did you choose them for this project?

The entire team for WereHouse is people I've worked with before! I try not to do that too often since it's nice to work with new people, but I must admit it was really fun to have a team full of friends, and I wanted to make sure the team was people I was familiar with so that I could trust everybody to get things done in time for the deadline.

Jane (writer) and Shar (CGs) have worked with me before on my upcoming release DemiDato, I've commissioned the sprite artist Devin for a lot of D&D and character art in the past, and the other writer Megan is an IRL friend who I've written with for years (though she's new to VNs!) 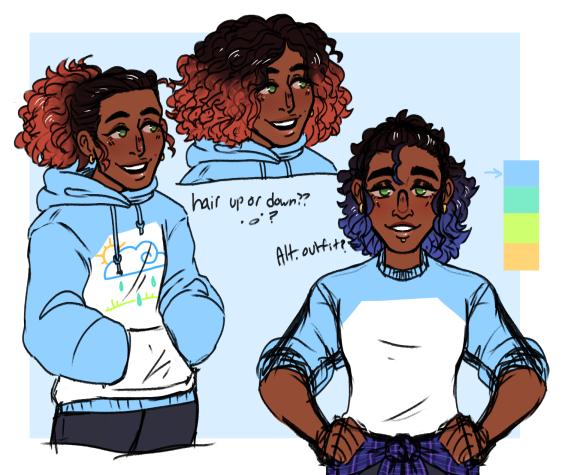 How did you come up with the concept for WereHouse?

I come up with my best ideas when I should be sleeping, and WereHouse was no exception! I was skimming the Halloween Wikipedia article before bed for jam ideas, and spotted the section about haunted houses (as well as the part about barmbrack cakes, which made its way into WH's last scene). Then the concept pretty much exploded into my head fully formed as soon as I shut my eyes. Was way too excited to sleep after that, so by 5am I had an outline, Morag and Dori's character ideas, and a list of team members I wanted to invite ^^'

How did the final version of WereHouse differ from your original concept?

It's not that far off the concept to be honest! Part of that is due to scope, for sure - since WereHouse is pretty big for a game jam game, we simply didn't have much room to deviate.

The game is pretty much just as I imagined it in the concept stages, though it did turn out WAY longer than I expected. (The route I wrote for the game is the longest by far, and I wrote the common route, so this is absolutely my fault haha)

What was the most challenging aspect of this project for you?

Probably a tie between managing a team for a jam (I've participated in game jams before, but only solo) and actually getting the script written and directed in time. The sprite directing in particular was pretty down to the wire, since we were still writing during the last week of the jam, oops ^^ 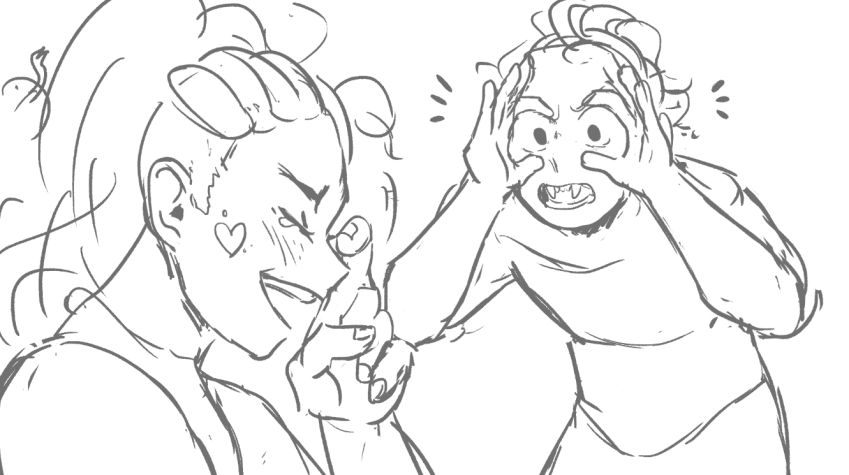 What takeaways or insights can you share from your experience making WereHouse?

OUTLINES. I tend to write more by the seat of my pants, with a pretty spartan outline, but in a jam when you have very limited time, it's worth it to be more prescriptive in your outlines, particularly when you're writing with other people (and especially since outlines can be written prejam).

Also, just a small thing, but I used a program called Q10 to write in for the latter half (I usually write straight into Google Docs). It helped a lot to eliminate distractions, has an inbuilt sprint timer (so handy), and the extra little nuggets of dopamine from the little typewriter noises it makes as you write made a huge difference, haha.

I'd been struggling to actually join another game jam since I wrote When Aster Falls for Maximum Monster Month in 2018, so this jam has really put some wind back into my sails as a writer, and as a producer.

What can you tell us about your future projects?

Apart from DemiDato: Monster Dating Show, which should be coming out relatively soon (we're still working on art assets before the final push to a release date), I'm noodling with a few ideas for projects - hopefully the next one will be longer than anything I've done so far, with more gameplay mechanics, but that's all I'll say for now ;)

Play WereHouse for free on itch.io, and follow Madi on Twitter for updates on her future projects! 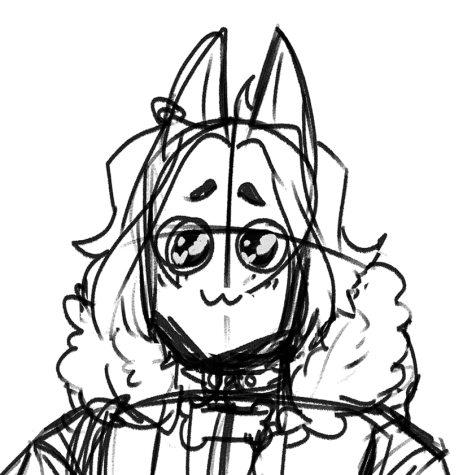