GradsInGames
Submitted by Plumjam — 9 hours, 13 minutes before the deadline
Add to collection 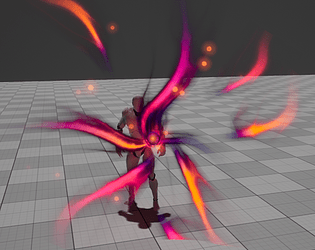 Well, nothing more to say than what I wrote in the feedback section. You just need to develop the artistic side, which in the end is more important overall. The tools can be learned quite easily, the artistic eye, on other hand is a bit more tricky.

That said, good job! Just continue on your path and never stop to learn. And one day you'll get there in a blink of an eye.

Beautiful :0 Not sure if you can tell from my profile picture but i love oranges and purples haha