Submitted by TenshiHanka — 2 days, 5 hours before the deadline
Add to collection 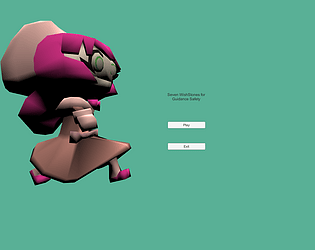 If you have implemented the modifier, how have you done so?
There are many impossible things. Mostly fulfilling the narrative is impossible. In case you are stuck, It's impossible to actually get 7 WishStones (or should be).

Any additional information for voters?
Is it impossible to enjoy this game?

One of my favourites this jam! Everything from the music to graphics and voice acting is great, and so is the... game "balance"? It was an epic adventure, and I had a lot of fun. I think the music was my favourite part.

Love the voice acting! I included it in my compilation video series of the ‘So Bad It’s Good’ Jam, if you’d like to take a look. :)

I like the sound voices, you did a great job. The 3D cool and the game was quite impossibile for me.

Graphics are histrionic, voice over is superb. Great submission.

This was an unexpected little gem, the voice acting and the animation of the chunky models was great! And the narration over top of the game gave it this sort of Stanley Parable feel, and walking up to the individual characters reminded me of interacting with NPCs in the old Spyro games. Not sure if that's what you were going for but I enjoyed it!

I say this and then it gets second XD

This is a true wonder of SBIGness! I loved the sbig rigging/animations. Well done!

This is magical.  What a delightful nightmare you've created!  The models are simultaneously charming and sinister, and the voice acting properly hits that good/bad sweet spot.  Great work.

This feels like a fever dream in the best possible way. Really solid music, 3d models, and animations.

It's funny as hell and the voice acted parts are comedy gold.

There's not a lot of gameplay but it's short, sweet, and fun. You don't really notice this as something missing.

Some of the minigames appeared to be broken and/or softlocked but all eventually resolved themselves.

Definitely. It's fun and funny but also bizarre, halfassed, and broken.

Taking the modifier and subverting it was pretty neat. I think it works really well here because the joke is taken all the way.

I had never heard of Seven Guidances To Wishful Safety until now, so I have zero familiarity with the source material. I think some of the jokes flew over my head because of that though it was still funny. In fact I didn't realize that it was a real thing until after I'd played the game and assumed that it was a general parody of saturday morning cartoons (and also the protagonist looks kinda like Bitch Pudding)

A mix of goodbad bizarreness that's one of my favourites in the jam so far.

Wow! This is one of my favourites so far. Everything from the odd-looking models, to the nonsensical story, really make for a great experience.

I loved all the little mini-game sections, and how they progress the story. I also think that the way this game handles the modifier is rather clever. Overall I'm thoroughly impressed by this, and think it's a real hidden gem for this year's jam.