Be a chicken! Escape the farm!
Submitted by Rachibi (@RachibiRPG) — 20 days, 2 hours before the deadline
Add to collection 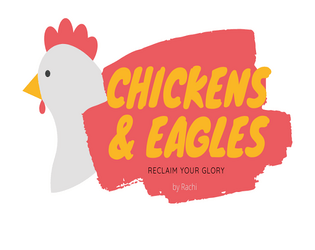 I played this yesterday with my kids (ages 6 and 9) and my roommate and holy crap we all had a blast! It kept their attention for two HOURS, STRAIGHT, which is an accomplishment. Thank you for the wonderful game!

We did add a few mechanics: if players miss 3 attempted hits in a row against an opponent, their for can roll to hit back. If they're attempting some sort of collaborative effort, they all have to roll either evens or odds. And I played with boss fights some--the eagle would dive and roll to hit, then have a turn on the ground (in reach), and then be up too high to hit, at which point the players all took off for the woods for another stretch of ground.

Overall this was a fantastic base for a game that my kids are begging to play again already! 😁

This makes me so happy! It's great to know other people are having fun with my game. I still didn't have the chance to play it "for fun" because of the quarantine, but I liked your ideas and extra mechanics a lot! I may actually steal them on my own playtrough.

Again, thank you a lot for your review. I hope you and your kids enjoyed it :)