An introspective, one-player, ttrpg, about neurodivergence
Submitted by ATLAS (@koboldtime) — 22 days, 22 hours before the deadline
Add to collection 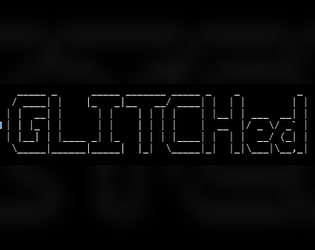 How does your submission relate to the topic of the jam?
It is a meditation on personal experience with neurodivergence

Reading your presentation page, I was thinking about the small glitched girl in the Ralph animation movie. Then, I have read your PDF and that was not really the same mood but, hey, I played your game in a down-to-earth way with this glitched girl!

And I sure see the "glitch metaphor"... it's pretty well thought out, and while I was writing I saw that even my character could be a metaphor for so many experiences lived by people with neurodivergence:

My purpose is to be a character in a racing videogame. I'm one of the pilots that players can choose.

My Glitch is a bug: sometimes I disappear and I instantly reappear a little further away.
My Glitch was something that could make the players lose, because they couldn't control where I was going to reappear. It made them angry to see me disappear right in front of the finish line...

It's an old Glitch. At the beginning I was Normal. And I was popular with the players. They often made me win, and then the Glitch came. I realized I had it when players stopped choosing me, and I started being excluded...

Since I have this Glitch, I saw the other face of my "friends". They excluded me, made fun of me, and nobody was trying to listen to me. Also, I started to see the background of our game and I found a hidden area, a place that developers hadn't finalized. So, I was hiding.

This world is now in progress, since Ralph came into our game. He listened to me. He was my friend. A true friend. Together (after some hardships), we showed to others that my Glitch has no reason to keep me out of the way! And, the most important: people are listening to me, they take into account my opinion. I exist again.