[DEMO/WIP] SWANCHIME: a poetic game about two nb/trans lesbians of feather and rose killing the EMPEROR OF PEARL
Submitted by feyxuan (@feyxuan) — 8 hours, 32 minutes before the deadline
Add to collection 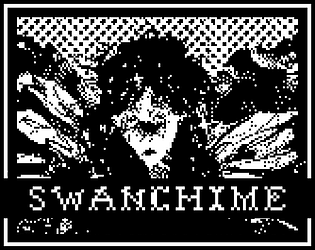 How does your game meet the requirements and theme of this jam?
[CSA] It is a game about a traumatized nonbinary bird whose trauma stems from being forced to marry THE EMPEROR OF PEARL. Odile's rage is informed by her CSA trauma from the current emperor's father trapping her and abusing her as a child, but even the current emperor is not faultless: he is her imprisoner. The character of Odile is informed by my own CSA trauma, and the way these childhood abuses have shaped my own neurodiversity, in particular providing me with an uncommon depth of rage that comes from knowing what it is like to be helpless.