Explore an ancient crater and meet its new inhabitants
Submitted by snerg — 2 hours, 16 minutes before the deadline
Add to collection 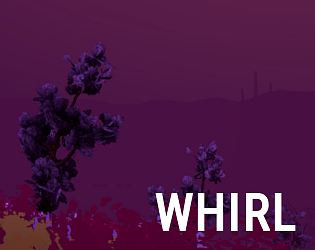 I really enjoyed a walk around in this game. I think you've a good atmosphere here. I like the varied grass colours, the pillars, the swarming creatures above. I'm not sure how you did those but I like them. Are they a particle on a path?

What really stands out is the sound of the wind and the creatures swarming. I think it's foreboding and slightly overpowering (in a good way! don't change it!) It has a harsh kind of beauty to it, like as if it's not built for me especially but I am more than welcome to have a look around. I would periodically come back to this game to see added things.

A small addition which should be done next is the sound of footsteps, it's a small detail but would add alot. Especially if they sound of the footfall changes depending on the ground.

Keep working on this for a while. Just a little while! then take what you learned from this and build something new and better. Well done!

Thanks very much for the comments! I really appreciate the feedback.

The swarm is basically ripped from a "Boids" demo in the Procedural Toolkit  Unity asset. I wanted to do something foreboding but active, and it feels a little cheap to me to repurpose a demo, but I think it's  an OK effect when you tweak it a lot. It's actually a single mesh that gets updated partially every frame with the positions, rotations, etc.  of a fraction of the boids. I'm hoping to expand on it in a new version but I'm not yet sure where to take it.

I wanted to spend a lot more time on the audio, too, but I know next to nothing about audio mixing etc., and I did the audio stuff at like midnight before the jam ended. That's something else I really want to revisit. I'd like to add effects to the different ruins. Footsteps was on my list, but I didn't find something i liked within the time limit.

Great looking game! Couldn't figure out if there was an objective to meet, but that's okay. :)

Thanks! No objective - just wandering around.