A Roguelite Pong Game.
Submitted by MarlyGames (@MarlyGames) — 47 minutes, 11 seconds before the deadline
Add to collection 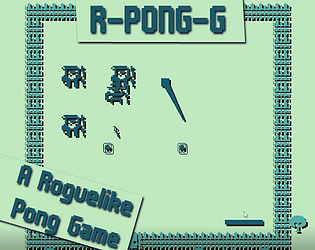 I loved the changing aesthetics for different zones and smaller details like the camera shake on hit with an enemy were all done just right!  I wish I knew a bit more info about the perks, but Risk of Rain has the same problem for me as well, lol.  Not exactly sure how to describe it, but I wish the game played just a bit "faster" and the ball physics could be a bit wonky at times.  Overall a great submission though!  :D

Very cool concept. Love the artstyle with the dropdown shadows and how you used the people sprites. I think some sounds would do good if you plan on expanding it. Very nice entry :)

I really liked this entry, I can see it being a full game.  As far as criticism, I know you ran out of time from your devlog, I think the amount of content you had was totally fine for a jam.  I'd would love to see this game again with more feedback during normal play.  There is some great juice around pivotal moments but the majority of gameplay could use a boost.  I also couldn't really tell what the powerups did, so they felt effectively random, maybe having some animation or call to action on what they did after the new level loads? It also seemed like I wasn't really able to control the ball as much with how I moved my paddle so it was mostly just trying to keep it alive, and some points it became impossible to catch the ball and survive which was a bit of a negative experience as a player.  I really liked it and say these thing bc I think this idea could really go far.  Great work esp in the even shorter time span you worked!

Fun little arkanoid-like. I got to a point where I had something like 8 balls because I kept doubling, but the next time I took the doubler, it killed me and ended my run.

Really fun game and really good use of the art. GJ!

Really nice idea and the execution was mostly really good, The changing pallate of colours for each level was really cool and it helped with feeling like you were progressing. My only feedback would be that some way to aim the ball when it bounces from your paddle, I got stuck with the ball going almost perfectly vertical with nothing I could do. Other than that though really nice job.

An awesome twist on the classic Pong! Would have been even better with audio, but this stuff happens with gamejams ^_^ good job man! 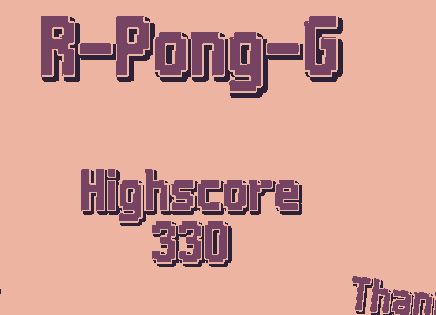 The concept is nice. Wasn't expecting to have this much fun with a Pong-like game ^^

I liked how the powerups were pretty vague ... but at some point I had no idea what each did and how I could improve myself in the direction I wanted. Or maybe the result is random?

My paddle kept getting smaller and smaller each round - maybe that was the progression system, but at first I thought it was caused by the powerup I chose.

But overall a nice polished game!

(saw a couple of glitches where killed enemies quickly were shown through the play-area ... but didn't bother me that much - just wanted to drop the note)

Hoi fun stuff for such a simple game!

Game starts very simple but quickly adds up in content!
Like at the beginning i didn't though the game had alot to offer but changed my mind after a while ahah.

Great game, a nice spin on classic Breakout, love it! I know you said you had no time to implement sounds, but man the game really would benefit from good SFX. But two things were frustrating for me. First, the ball did not bounce at an angle depending on where it touched the bat (more on the edge means a sharper angle), and the game lost enough playability. Second, subject statistics between levels would be great. The player deserves to know what he chooses. These are some words of constructive criticism, but overall great work!

Thanks man! Yes the ball physics were something that I'm not sure where I want to land. Currently it takes in the velocity of the paddle when it makes contact so more air hockey than breakout I suppose. And yea I think I might agree with the upgrades, I originally wanted a more vague system that has you figuring out what effect the item has based on its stat changes but I think I needed more feedback in that system for it to work :)

what version of chrome are you on and what device? I have it working for mac and pc with the latest version

Yea good idea, if not there is a download link for the windows version of the game :D

I must have missed the dl for the windows version, I'll try that! Thanks ^^

I was blown away by the art style and the concept!

I didn't know at all that we could make a roguelite pong game, but you did it, and really well executed!

You know already this issue, but it is too bad that there is no sound at all, if you add music and sounds, your game will transform in a masterpiece!

This almost feels like a full game, it has a really cool concept a great execution.  With a few bug fixes and a bit more content you could probably sell this.

Cool game! I like the idea of a pong roguelike, definitely something I have not seen before. The presentation and polish is also really well done.

Does the game end after a few rounds? After I picked my upgrade on the 4th or 5th round, it showed me my highscore then brought me back to the menu.

Also those square bullets look like health pickups so dummies like me will ram their face into them before they learn better.

All in all, really well polished game with a novel concept!

Submitted
You are [UN] Dead, Enjoy Your Stay
LikeReply
MarlyGamesDeveloper1 year ago

some of the powers do damage to you on pickup, I ment to sort out a visual to explain this but ran out of time. Thanks for the feedback though man glad you had a good time!

Very well done! So polished and i loved the variety per level! Wish you had more time for sound effects etc! But still it was great! :D

A super juice fest deluxe here! The game felt lovely to play and damn was it engaging. A common idea with less creative gameplay, but a very very good feel on the player's part. I would have wished for some audio though, it would enhance things a lot! Well done, I rated your game as 5 star engagement and 4 star polish (because there was no audio, otherwise 5 stars). The creativity could have been upped, welp, 3 stars it is. An amazing job!