Shoot The Computer Core!
Submitted by LebbyFoxx — 4 hours, 4 minutes before the deadline
Add to collection 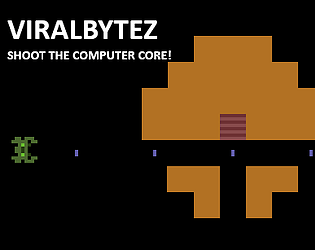 Use of the limitation
You play as a computer virus, which is inherently a 'Bad Guy.'

cool game, but too generic tbh. would be cool if there are enemy variety .
great job nonetheless! :)

Downloaded the game. It opened an installer, which I don't think is right? Did you export it wrong?

Also, couldn't figure out how to restart the game after dying. So I have close and open the game every time I die, which I a lot since I'm bad at video games. At least until I figured out that I have to shoot at the core and not the blue things.

The installer is right, it should ask you to install the files, also good point. I forgot about restarting, oops. XD

The installer is not good!

Why does it need admin permissions?

Red flag for me

It needs admin permissions? I have never encountered that, strange. Normally there is an option to just go forward with it.

Installer crashed for me, no idea why^^