Team up with your friend the star to reach your constellation!
Submitted by Vainer — 10 minutes, 50 seconds before the deadline
Add to collection 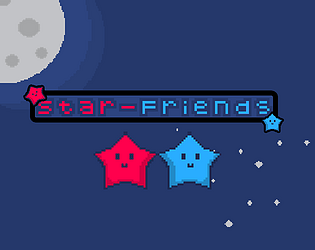 The idea itself is really cool ! But I had issues with controls (especially the mouse jump, I guess the mouse cursor visible would have helped. Also, the text is not really readable, but I like the scenary ! Could be really cool with more time, I guess :)

I love these kind of puzzle platformers where different characters have different abilities, and your characters are super cute! I did run into a few issues though.

With the red character, I found it really difficult to know which way I was charging up. It'd really help if there was some kind of direction indicator to let me know my input is correct. The instruction on how to launch was a bit vague so I had to guess (you drag the mouse in the opposite direction, right? but I can't see the mouse). Also there didn't seem to be any explanation on how to use blue abilities, but I tried everything until it did something.

Some of the time that I pressed buttons it didn't do anything and I had to restart the level. I played through the game twice and both times got stuck on this level after pressing both the buttons, which was a shame because I really wanted to play more! Was I doing something wrong? 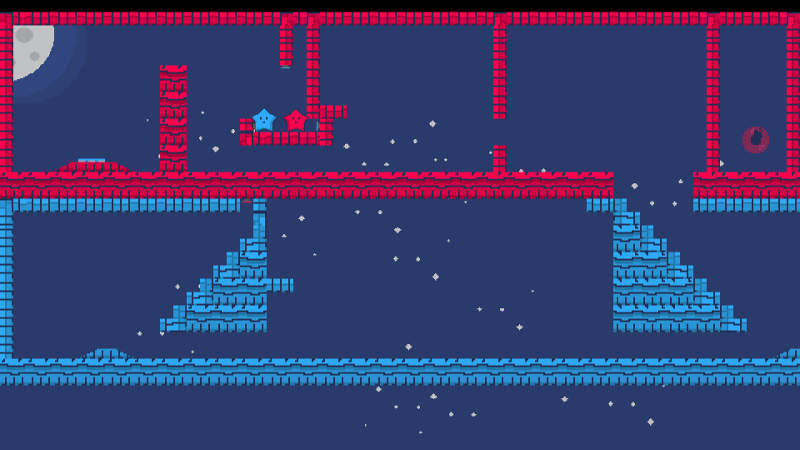 I love the design of this, it just needs those few bugs ironing out.

I actually tried to draw an arrow toward the direction the red star is going when launching, but couldn't get it to work sadly. So I scrapped it.

There's four level in the game, so I think you reached the last one.

I noticed the problem with buttons too late after uploading the game, but yeah it's weird. I actually set them up weirdly. Anyway, jumping again on the button fixes the problem.

Thank you for you feedback :)

Ah, the image didn't upload the first time for some reason - edited it

Yeah, it's the last level. I think jumping again on the red button would trigger the event correctly. There's nothing to see after, really!