Created for Metroidvania Month 9
Submitted by Cytorax — 7 hours, 27 minutes before the deadline
Add to collection 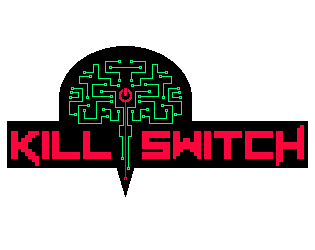 External assets
All assets made during the jam

Comments on the jam
First jam as a team. We had fun.

Good work. I think there's a lot of potential here and it feels very fleshed out out and complete.

Primary feedback points:
* The Save rooms need some telegraphing. A text popup or a sound can be sufficient.
* The big guy with the laser floor is a very clever and interesting boss, but currently is difficult by virtue of insufficient telegraphing. He indicates he is about to attack (once you identify the tell), but not what the attack will be, and dodging the back and forth dash as well as the laser floor when you don't know what he's about to do is a bit much.
* The music in the first area was very high pitched and repetitive, which means it quickly became annoying. Mostly because it constantly demanded attention, and background music should set tone but nearly disappear otherwise. It was well made, though, and the overall sound effect and audio design is well done.
* The art style is very well done. It is consistent without feeling homogenous, and I really like the brightness of it.
* The turrets which fly at you probably shouldn't be able to move through walls. There was one I nearly couldn't kill because I couldn't hit it, but it kept flying into me. An alternate iteration is to make them move back to open space, and only dash if they have an unobstructed line to you.

Again, great work, and I hope you continue working on it!

Submitted
Call of an Etude
LikeReply
CytoraxDeveloper317 days ago(+1)

Thank you! This is all great feedback.

I wish I had taken some time to spruce up those save points, really kicking myself for it now. The drone enemies and that first boss were both last minute additions, so it makes sense that they have some problems. I’m glad you brought up the music too, because it’s something we might not have thought about otherwise.

We’ll definitely keep your suggestions in mind as we continue development.

My save points were solid color rectangles and only got a notification of game saved on the last day, so I get it. :D

I had different "corridor" music but on the last day I killed it and just played the menu theme when not in the boss, because I realized it was too distracting. Again, even when it's something you know to actively pay attention to, it's easy to do. ;)

Really nice artwork, I particularly liked the enemies design but everything else is great as well. Also the controls are very responsive and that improves the overall experience. Well done!

Submitted
To Bring This Tower Down
LikeReply
CytoraxDeveloper321 days ago

Thank you! I appreciate the feedback.

The art is well done! Maybe a little too much bloom, but I think it sort of fits? I liked how the dash ability could be used to bring down barriers. I was unable to find any kind of save point, so I died a couple times and was forced to start over each time so I couldn't make it very far. Overall it's a nice game, good job!

Save rooms do exist, but unfortunately we failed to telegraph them in any way. If you find a green tinted room with a bullseye floating in it, jumping into that should restore your health and save the game. Thanks for the kind comments though, and thanks for giving the game a shot.