Pinball mashed up with Monopoly
Submitted by puzzud (@puzzud) — 47 minutes, 14 seconds before the deadline
Add to collection 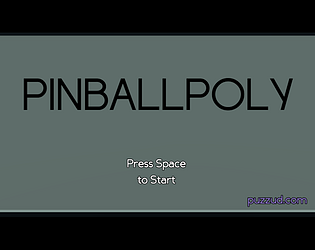 Which games did you mashup?
Pinball and Monopoly.

Which parts of the game did you create BEFORE the jam STARTED?
None.

Which parts of the game did you NOT create?
Compass font by Kelvin Ma (https://www.dafont.com/compass.font); Generated sounds with ChipTone (https://sfbgames.com/chiptone)

Very nice game! I included it in my compilation video series of the Mashup Jam games, if you’d like to take a look. :)

Good game :D Maybe adding more tilt to the game would be nice :)

Nice solid physics.  Ball feels like it sticks to the edges a bit and it's not clear what effect hitting targets has - maybe some Monopoly-related non-blocking pop-ups would help when you hit a target.

Enjoyed playing this - nice one!

You're right. I need to add some more & better feedback regarding the effect of making contact with various elements on the playfield.