A short hack-and-slash game.
Submitted by sharpfives (@sharpfives) — 1 day, 22 hours before the deadline
Add to collection 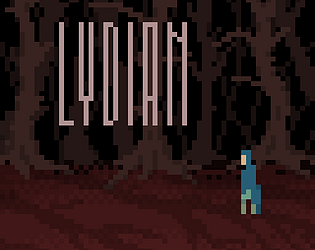 I'm happy you won the contest, like I said before I'm glad I played your game, it's pretty cool.

Thanks! Glad you enjoyed it :)

Damn! I loved your game. The sound is amazing and when the boss roared at me, it gave me chills!

Congratulations on such a great game :)

Haha, thank you! It's a great sound clip. freesound.org has some amazing stuff - highly recommend it.

This is one of the (if not THE) best games that I've played in this jam. Brilliant! 5/5 (What engine did you use?)

Thanks! I used the PhaserJS framework for software and Piskel for animations.

Really awesome. I think this is my favorite! Really atmospheric. That's so nice you gave the player a motivation. Different fight mechanics... love it. the Ice axe is freaking "cool" :) The roll doesn't allways work. The Scene with the water reflexion was beautiful. Super Game!

Thank you! I had a blast making it. I'll be working out the kinks on the roll soon.

That was pretty fun! Nice cut-scene and well animated.

A little buggy tho... the dash does not always work as I expected. Also I got stuck in the pit in the screen right after I got the bow.

Thanks! Yeah, the rolling needs some work. That'll be the next thing I fix.

On of the most in depth and polished entries. Good animations and emotional attachment to the story, quite an achievement in post God of War world. Nice touch with very good tutorials in-game! Made it very easy to follow through the end and know what was expected next.

The ice axe might be slightly overpowered, but for short game, perfect.

Would def look forward to longer version of this game.

Thank you! I definitely want to make a full version.

Wow! This was so beautiful. The attacks were really fun and satisfying and I really enjoyed the wordless story of this. The graphics were perfect: simple and not messy, and so atmospheric for the 64x64 limit.

Brilliant! Loved this one - great art, brilliantly executed, an exercise in minimalist/non language story telling. I love that each level/chapter is quick - it feels really rewarding to finish this. A couple of tweaks to improve this - more variety would be good and I found the boss a bit easy while using the axe - once frozen I just battered it while it couldn't do anything... Lovely animation and use of the res limitation - probably my favourite game of the jam so far!

Thank you! :) Good suggestions - I'm definitely going to ramp up the difficulty in the next revision.

This is excellent. Hack-and-slash, as it says, but really well implemented; the graphics are evocative despite being pixelated, the storyline is good (she got her daughter back! yay!), the music is cool (especially the title screen), the monsters are scary, the fighting is well done, the mysterious spirit between levels that gifts you new weapons is mysterious (why’s it doing this? Not that I want it to stop, you understand). The best of the old pixel art games managed to make their characters expressive even though they were only a few pixels tall, and this succeeds in that too.

A couple of minuscule issues, none of which harm the rating. I didn’t at first grasp that the weapon switcher (from pressing Space, which was very clearly indicated with the little space bar keyboard graphic, well done) needed me to hold space down and then use the arrow keys; I was just hitting space expecting that by itself to switch weapons. Maybe show left/right arrows on that screen too to indicate that? Tumbling/rolling seems to be a bit sensitive to the order the keys are pressed in; pressing z and then an arrow key does a little roll in place, whereas pressing an arrow and then z does a proper roll as expected. Perhaps this could be tweaked? This didn’t matter that much to me because I never needed to roll, or to use the health potion (was it a health potion? I guess so, but I didn’t use it) because of the final small issue: if this does become a real game, the ice axe is waaay overpowered. I loved the implementation — it was clear the ice axe was an ice axe, and I like a lot that you can kill things without having to be horizontally aligned with them which most games of this sort forget to do — but once I had the ice axe, all the battles were super easy. That’s fine because the idea of this is to tell the story rather than being a challenging battle in itself, but that may not apply if this becomes a fuller game.

The developer also is very responsive; I found some technical issues with the game (as in other comments) and they were quickly fixed, which is good because it meant I got to play this.

Thanks for the thorough review! Good suggestion on the spacebar weapon switching instruction, and I'll try to update the tumbling to be less sensitive.

I would like to play it and rate it, but something's wrong. I'm gonna try it tomorrow. ;(

Sorry - there seems to be an issue with the game framework losing focus and not being able to play after. Working on it now. If you refresh the game and just click once inside the window to start, not clicking anywhere else on the page, it should work. Please let me know if that works!

Everything worked fine today. Thanks for this nice game. It was totally worth to come back here today. I'm giving the best rate possible. Well done. BTW, Are those way guys some type of deities?

My favorite so far. Solid all around. Great storytelling through gameplay and the weapons are so satisfying to use! Congrats on your creation!

I think this is my favorite thus far, the controls are solid, moving around and attacking feels alright, rolling feels pretty smooth although I managed to get stuck outside of the screen a couple times and had to restart. Music and theme are exceptional, really enjoyed this one, feels like a world I'd want to see more of.

Thank you! I'll look into the rolling outside the screen thing.

Sadly, this doesn't seem to work in Firefox; pressing X doesn't do anything. I'll be happy to review it further once that's fixed?

Thanks for the info. There seems to be an issue with the game losing focus - if you click anywhere outside the game window then the game is unable to receive any key/mouse input thereafter. I've just tried out a few other games on itch using the PhaserJS framework and they have the same issue. Looking into a fix, but if you refresh the game and just click once inside the window to start, not clicking anywhere else on the page, it should work. Please let me know if that works!

Aha! I can confirm that that fix works, and pressing X now starts the game!

However, pressing Space scrolls the page, which makes it almost impossible to switch weapons :(

Noted. I will post a fix for that very soon. Thanks again for the feedback.

Spacebar scrolling thing should be fixed, and also shouldn't have any issues with window focus. Hope this helps, looking forward to your review!

Love the artstyle! The music is very solid too. Gameplay works well, though it feels a bit unfair for enemies to spawn beneath you and damaging you without having seen them, but that's just nitpicking. :)

Great point - I will fix that. Thanks for playing!