A simple Game made for the " Last Minute Jam"
Submitted by apxllon — 2 hours, 27 minutes before the deadline
Add to collection 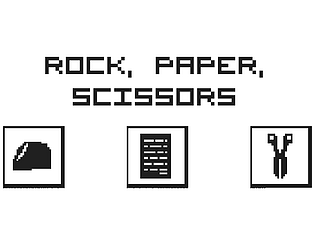 Its a nice and simple game, but I think it'll be a lot better if there was some visual and audio indication of what the opponent played. I ended up just clicking around randomly for the first few minutes until I noticed that the opponent's health was going down occasionally. Graphics and music are nice, but the looping track gets repetitive after a while.

Good twist on a proven formula. I especially liked the music on this one and the amount of creativity you managed to pull out of the system with the different opponents

Its pretty good. It matches its theme, that music is so weird but I loved it, the art again fits the theme, and its slightly addictive. I like it.